Celtic Symbols and getting a tattoo in Ireland 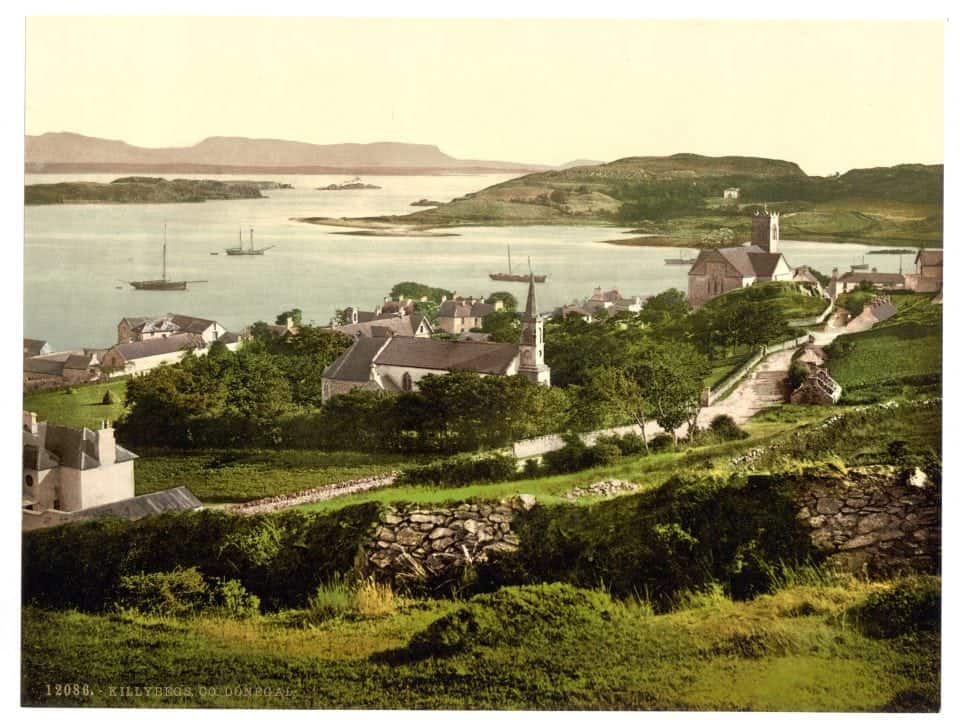 Celtic symbols for getting a tattoo in Ireland

One of the biggest questions I’m asked about Ireland is how do I get a Tattoo? This is not a difficult question to answer as Ireland has some of the finest tattoo artists in the world and they can be found all over the country.

It’s easy to find an artist but remember they are artists and may want to do something a little more artistic than a simple leprechaun tattoo.

Age for Getting a Tattoo in Ireland

While there is no legal minimum, age for getting a tattoo in Ireland many shops will refuse to tattoo you under that age unless you have parental permission and bring your parent or guardian along with you to the appointment.

What are the best tattoo studios in Ireland?

That’s a much tougher question because it really depends on what kind of Irish tattoo you are looking for. If you want some Irish ink such as Celtic knot work, and Irish Celtic symbol or a saying translated into Irish Gaelic that’s an easy task.

Don’t forget most folks who work in Tattoo shops are artists, they are looking to put their art on your body, and those tattoos are a different class than getting a small Irish shamrock tattooed as a symbol of your trip to Ireland. Probably the best place to find tattoo artists across Ireland will come from College and Uni students and those publications that speak to them. The College Times is one such magazine that often talks about some of Ireland’s well-known Tattoo Artists.

Where did Celtic symbols come from?

Celtic symbols arrived in Ireland with the Celts who were not indigenous to Ireland but lived all over Northern Europe. The Celtics were tribal people but they did speak similar Celtic languages and had many symbols and rituals in common.

The Druids were the highest-ranking Celts. They were the spiritual and physical guides often dispensing law and keeping the peace as well as coordinating the spiritual aspects of each tribe. As the keepers of culture, the Druids often created and taught the Celtic symbolism for all aspects of life within the tribe.

Many Irish Celtic symbols were never recorded in writing simply as symbols, which have had a myriad of interpretation. In many cases, they were co-opted by the Church leadership as a method of incorporating Christianity and paganism.

Celtic symbols often contain three intertwined parts, in the early Celtic culture these symbolized earth, sky and sea which also corresponded with the three stages of life past present and future and of course mind, body, spirit.

When Christianity arrived on European shores the church began to incorporate the three to include the Holy Trinity: Father (God), Holy Ghost and Son (Jesus).

Did the ancient Irish have tattoos?

The Celts used tattoos in various ways. They signified rites of passage as in moving from youth to adulthood, battle successes, and great deeds. Permanent tattoos were restricted to certain segments of Celtic society the Celts also used temporary tattoos and body paint from the blue woad plant as ritual decoration before going into battle or taking part in certain rituals.

Tips for Irish Translation for tattoos

Gaelic or Irish is still spoken, but it is referred to here as simply Irish or “Gaeilge” as Gaelic usually means Scottish Gaelic. Irish is taught in all schools in the Republic and it is mandatory in many professions to obtain a degree. Traditional Irish speakers in the areas known as the Gaeltacht speak Irish all throughout their school and personal lives and there is compulsory learning of Irish in primary schools in Ireland.

The Gaeltacht is mainly found on the Wild Atlantic Way in places like Donegal.

These days more people in urban areas are learning Irish and classes are becoming more and more popular in all areas of the country.

Most of the “translators” you will find online will not translate your sentence of phrase into adequate Irish so here are some tips for getting a translation.

1) Don’t use Google translate it is often so wrong

2) Use an accredited Irish translator for the most reliable translation

2) Ask for a rate for the translation job

5) Explain why you want the Irish translation

6) I also recommend checking with the Irish speakers in Facebook groups, many a bad tattoo has been stopped this way.

When travelling in Ireland you will note as you drive that the road signs and street signs are in both English and Irish, which does make it an easier drive. Traditionally the Irish alphabet is an adaption of the Latin.

The Irish alphabet consists of 18 letters one of the best places to obtain an Irish font to be used in your tattoo is at Gaelchlo’s website.

Today people write and type Irish Gaelic with the standard Latin alphabet. The Irish alphabet uses 24 of the 26 letters of the English alphabet, as opposed to the original number of 18.

The Ogham alphabet is the earliest written Gaelic alphabet and is somewhat akin to Viking runes.

The Ogham alphabet is a system that uses lines to denote letters. Often used carved into stones which can be found in places such as the National Museum in Kildare St in Dublin but also many examples around still standing at or close to the location where they were first placed over 2000 years ago. There is a group of Ogham stones at Dunloe, and more can be found in Meath, Kilkenny and Waterford.

Debated by historians who believe that the Celtic Cross predates Christianity by thousands of years a Celtic Cross is one of the most popular symbols of Ireland for a tattoo.

The national emblem of Ireland, the Irish Harp is another widely recognised Irish symbols. Even Guinness uses it as their logo and it can be found on our Irish coins. The harp is an important symbol in Ireland as it personifies the spirit of the people. In the 16th century, the Brits were so threatened by the use of this symbol that they ordered all harpists where to be executed and the harp burnt.

The most famous of Irish harps can be seen in Trinity College with the Book of Kells. Known as the ‘Brian Boru harp’, it actually dates from the fourteenth or fifteenth century.

The most sacred tree in the Celtic universe was the Oak and Dara comes from the Irish “doire” which means oak tree and was a powerful symbol of strength in the Druid culture. The Druids and the Celts believed that trees were connected to the spirit world and were an entryway into the lands of other spirits.

The Ailm is the Celtic symbol for inner strength and is represented by a fir tree. In Celtic legends, the evergreen fir tree was associated with the soul. The actual Celtic Ailm symbol comes from the first letter of the Ogham alphabet.

The Ailm represents strength, endurance, and resilience as well as healing, purification, health, and fertility…

Created by jewelry makers the Celtic symbol for everlasting love is the Serch Bythol. This symbol combines two triskeles intertwined

The Triskele is an ancient Celtic symbol dating back to the Neolithic era and it can be seen carved into the stones at Newgrange.

Thought to represent many things within Celtic culture including the motion of the universe and its energies, life, death and rebirth, mother, father, child, past, present and future. Some believe it is a Celtic female symbol for maiden, mother, crone and is a Celtic symbol of female power.

The national flower of Ireland many confuse the Shamrock with a 4-leaf clover which is said to be good luck. The shamrock is a variety of clover and it was an important symbol to the Druids because of the three heart shaped leaves. The Celts believed that everything that is important in the universe comes in three.

The shamrock became a symbol of rebellion against the British crown in the 19th century and anyone caught wearing it was executed.

Here in Ireland, the stories say that St. Patrick used the shamrock to explain the Holy Trinity although this is not found in any of his writings. However, the shamrock became the sign of Ireland’s patron saint and a symbol of good luck and is worn by everyone celebrating St. Patrick’s Day across the country.

The Claddagh is a multi-faceted symbol of friendship (the hands), love (the heart), and loyalty (the crown).

The Irish Republic officially adopted the tri-colour during the War of Independence with England in 1919. The flag itself is thought to have been a gift to Ireland in 1848 from a group of women in France who were strong supporters of Ireland’s fight for freedom.

Often confused with the Italian flag the tri-colour must be green, white, and orange with the green being at the flagpole end. The three colours represent the Irish and revolution in green, the white is the hoped for peace between the Catholics and Protestants and the orange represents the protestants.

Widely believed to be a Christian symbol, Brigid’s Cross is tied to Brigid of the Tuatha de Danaan, which, in Irish Celtic Mythology, is known as a life giving or fertility goddess. The Celtic Goddess Bríd was regarded as a goddess of healing and she signified the coming of spring and the Feast of Imbolc.

When Christianity moved in it, co-opted Brigid and she became St. Brigid of Kildare. The Goddess Brigid’s powers were transferred to the Christian Saint.

The Green Man can be seen throughout many cultures and he is depicted as a face surrounded and comprised of foliage and leaves. He is also known as the ‘Man in the Tree’, ‘Derg Corra, Viridios,’ and ‘Jack o’ the Green’.

The Green man is a Celtic symbol for re-birth and the symbiotic relationship between humans and the natural world.

To many people, the Leprechaun is a favourite Irish image, connected to the enduring legends of capture a Leprechaun, and find his pot of gold. The Leprechaun is a kind of fairy who takes the form of an old man wearing a green coat and he is linked to the Tuatha De Danann of Irish mythology.

There are many versions of Leprechaun tattoos and quite often, some use the Fighting Irish motif of Notre Dame University’s football team.

Celtic Mother’s Knot is depicted as intertwined Celtic hearts that represent a mother’s embrace and the bond between mother and child. It is said that you add dots to the symbol to represent each child; these can be added within the knot work. This symbol is often referred to as the Mother and Daughter Celtic symbol.

The Tree of Life – Crann Bethadh

The tree of life symbolizes the connection between heaven and earth and it usually represented with intertwining branches and roots within a circle of Celtic knot work. The Celtic name for the oak tree is Daur, which is pretty obviously referring to Door, and it was the door to the underworld or Fairy realm.

You should take care with any symbol you are going to permanently tattoo on your body this will be with you for lifetime so it needs some thought and consideration before you get anything inked on yourself.

Do your homework and research what you want and what it means, make sure that you can live with this for the rest of your life and then go find an artist to ink your body.