The beautiful beaches of Sardinia

Sardinia has beaches that must be seen to be believed. Sardinia is a little known island right off the coast of Italy, that many tourists seem to ignore. While the majority of people head straight to the islands of Croatia, those in the know are actually here checking out the Sardinia Beaches.

Not only do you get to swim in crystal clear blue waters, at some of Europe’s most picturesque beaches, but the country is full of history as well. Add to that a touch of Italy, and in my eyes, you have a winner!

How to get to Sardinia

The ferry is a great way to visit Sardinia if you are coming from ports in Spain, France and Italy. The arrival points in Sardinia are Olbia, Golfo Aranci, Santa Teresa di Gallura and Porto Torres in the north; Arbatax on the east coast; and Cagliari in the south. There are ferries from Rome to Sardinia as well.

Getting to Sardinia from England

Getting To Sardinia From North America

There are no direct flights from North America to Sardinia; the best option is to fly to Rome, Milan, or a major European hub like London or Paris. Alitalia, Delta, and American Airlines connect Rome and Milan to several American cities, New York, Boston, Miami, LA, and Chicago.

Let’s take a look at some of the best that Sardinia has to offer.

Europe is not renowned for its enticing sandy beaches, but if you want stunning blue waters and white sand then Sardinia is actually the place to get it. There are beaches dotted all around the island, so you are a little spoiled for choice. When we visited we went to at least seven or more different locations. Most of them were beautiful. Here are some of the best we found.

Where to stay in Sardinia

The Beaches of Costa Smeralda

This area is very popular with Italians and owners of very expensive boats. So, it is best to avoid this area in the peak of summer (July and August). However, there are still quite a few relatively quiet beaches you can visit. Such pristine white beaches as Spiaggia di Liscia Ruja, Grande Pevero Beach, or even Spiaggia di Liscia Ruja are worth spending at least half a day each on.

Named after the Prince Aga Khan who founded the Costa Smeralda this is a beautiful fine sand beach with heavenly blue waters and considered one of the most beautiful beaches in Sardinia.

Known locally as ‘Little Tahiti’, because of the translucent blue colour of its water. A lovely shallow beach for families with little ones and over 700 metres long for the perfect beach stroll. The beach has amazingly clear and shallow waters, making this beach perfectly suitable for families with small children.

Just a short distance from the town of Villasimius you will find a near-perfect almost Caribbean beach the Porto Giunco. A photographers dream this beach has light blue waters and a white sand bottom.

I want to mention this one just because of the stunning little keep that is on the island opposite the beach. It is actually quite a busy spot in the far northwest of the island, but we kept walking away from the crowds until we got to a more north beach around Spiaggia della Pelosetta. The waters there are crystal clear and having an ancient keep to swim around is a bit of a novelty in my eyes!

Located in the Gulf of Asinar on the very northwestern tip of Sardinia you will find La Pelosa Beach. This white powdered sugar of a beach was a major part of Sardinian coastal defence. The Torre della Pelosa, a sixteenth-century Spanish watchtower can be seen from the beach

The perfect beach for children Tuerredda Beach and one of Italy’s top ten beach destinations. Sheltered from the wind, the v-shaped beach stretches for just about half a kilometre,  with views of Isola di Tuerredda just off the coast. You can visit the island by swimming or canoeing there.

Su Giudeu Beach is one of the most popular near Chia as it is fantastic for children with its long sandy beach and clear blue waters. It gets its name from the octopus making their home in the surrounding waters. On the north side of Santa Giusta is where you’ll find the famous whale-shaped Scoglio di Peppino (Peppino’s Rock). You can walk to the rock and explore the natural tide pools and the creatures that live there.

One of the best beaches to watch the sun go down and enjoy some fine seafood. There’s loads of parking, a hotel, campsite, diving centre and restaurant.

Not far away, you can also visit the archaeological area of Bithia, an ancient town, dating back to the Phoenician, Punic and Roman eras. It is one of the most important archaeological sites in southern Sardinia.

Punta Molentis beach is extremely popular and can get very crowded in the hot summer months. Surrounded by cliffs it’s a lovely secluded beach with soft white sand and shallow waters. There is car parking, beach facilities and a restaurant. The Punta Molentis beach is within the protected marine area of Capo Carbonara.

The Beaches Around Cala Gonone

Cala Gonone is a great spot to spend some time on the eastern side of the island. The town itself is relatively small and isolated, and there are a few beaches within walking distance of the town. However, to get to the best beaches you will have to take a day trip on a boat or spend some more time reaching them by hiking from further inland. Yes, Sardinia is, in many ways, not yet over-developed. The effort, however, is very much worth spending.

The Beaches Outside Cagliari

It is worth heading out of Cagliari to some of the local Sardinia beaches, especially if you are not heading further afield. There are quite a few worthwhile beaches within an hour or so of the city, such as Spiaggia di Cala Monte Turno, Spiaggia di Costa Rei, or the closest beach at Baia di Solanas. There are plenty more along that coast too, in case you have time to explore.

If you are just staying in town, you can head to the public beach of Poetto, which is walkable from downtown.

Sardinia is certainly not as rich in historic towns as mainland Italy, but there are still a few places worth stopping by if you are touring the island. Here are a few of the places I recommend spending some time exploring on the island. When you leave the Sardinia beaches there is quite a bit to see inland.

In the northwest of the island, sitting high on a small peninsula that gives it a spectacular location, is Castelsardo. It actually dates from the 10th century, so is certainly one of the oldest such castles I have ever seen.

It consists of a wall, with a small, quiet town inside of it. So, you can head inside the walls, explore a bit, and even stop for a pizza, while you are there. The best photos are on the approach road I found, which is why I precariously parked the car while shooting this distance shot of the town. There are also some great seaside views from the wall itself.

We were actually in a bit of a rush heading through Bosa, but we managed to spend an hour roaming the narrow alleyways of the old town here. It is a small and kinda cute town on the west coast of the island, and may well be on your way back to Cagliari. There is also a castle on the hill above the town, called Malaspina Castle,  that is worth exploring if you have the time. This castle again dates way back to the 12th century, so certainly has a very long history.

Here are some phenomenal beaches to enjoy in Wales

One of the largest cities outside of Cagliari, Alghero is located towards the northwest corner of the island. Although the majority of the city itself is not worth visiting, the historic portion along the water is actually quite a gem.

It juts out from the town into the sea and has a walled promenade that is a great spot for dinner or a cocktail. You can also explore the alleyways of the old town inside this area discovering local boutiques and delicacies that you can take home with you.

Some of the best places to swim and snorkel on Sardinia actually require a boat ride. Especially if you want to get away from the crowds. We managed to do two while on the island and they were definitely worth the time and effort.

As I mentioned in the beaches section, Cala Gonone has some stunning beaches. However, most of them are only easily reached by boat. We took a day trip out to these beaches where you can snorkel directly from the boat. Relax on the beach for a while. And then continue along the coast. You also get to see the stunning coastline along the way.

Are you a big fan of great beaches? Then check out 31 of the finest beaches in Cuba

Just north of the Costa Smeralda, is a beautiful and almost untouched island called Maddalena. You can organise boat trips from various points along the coast and we were lucky enough to get on board a sailing ship for the day. The captain took us to a variety of moorings around the island, allowing us to snorkel directly from the boat and then eat various tasty local treats in between while sailing around the island. It was definitely one of the highlights of the trip!

No matter whether you just come for the beaches, or a little Sardinian culture and history as well, Sardinia has something for everyone. And just when you thought you had to head to the Maldives to get such stunning beaches!

Have you been lucky enough to head to Sardinia?

This weeks guest post comes to you from Anna. Anna was born to travel the world having studied languages all her life. Although she has travelled the world, she now calls Switzerland home and spends her time writing about her experiences on her travel blog with her husband. 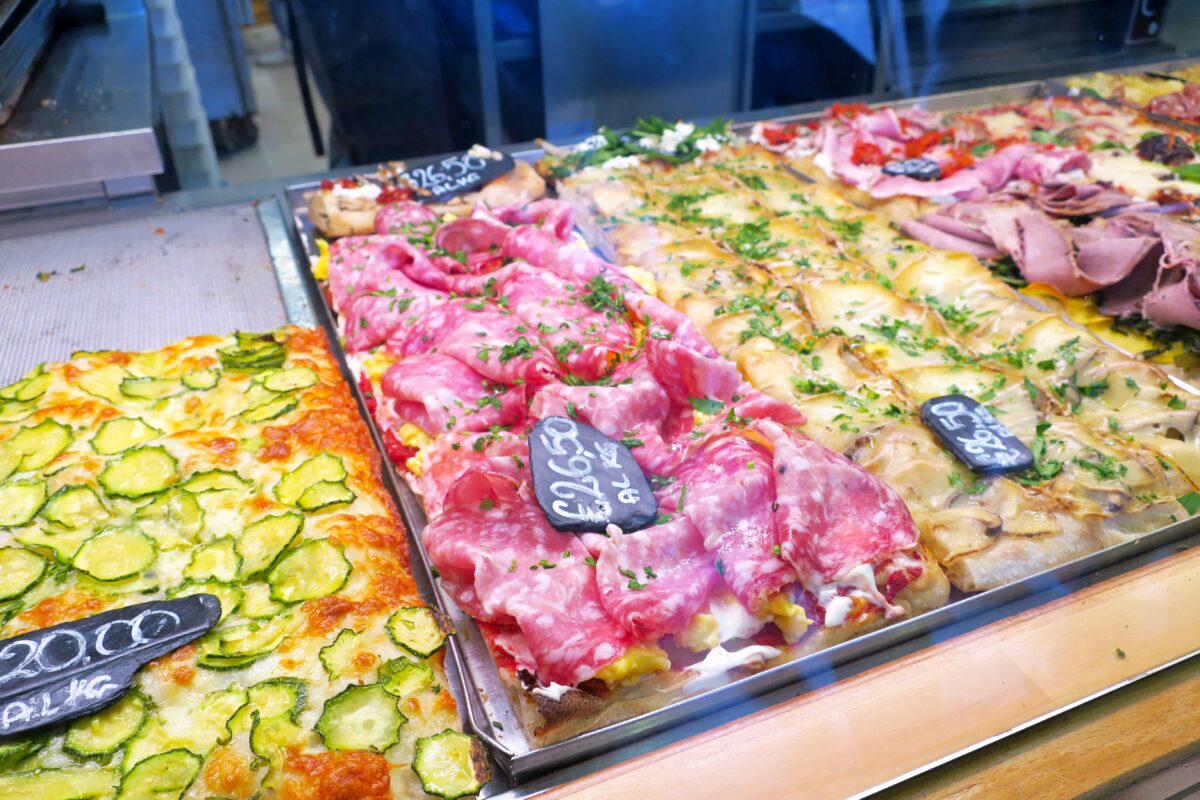 What to eat in Rome the superb food of Italy 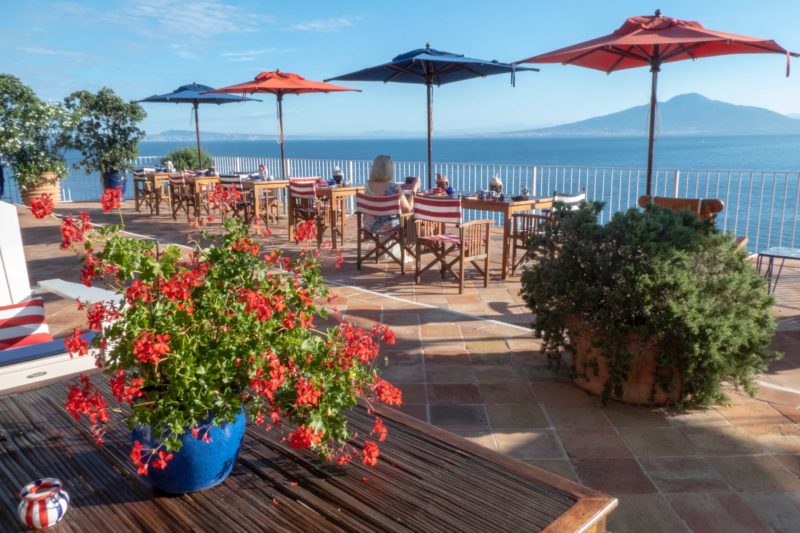 Travelling and exploring the Amalfi and Capri Coast 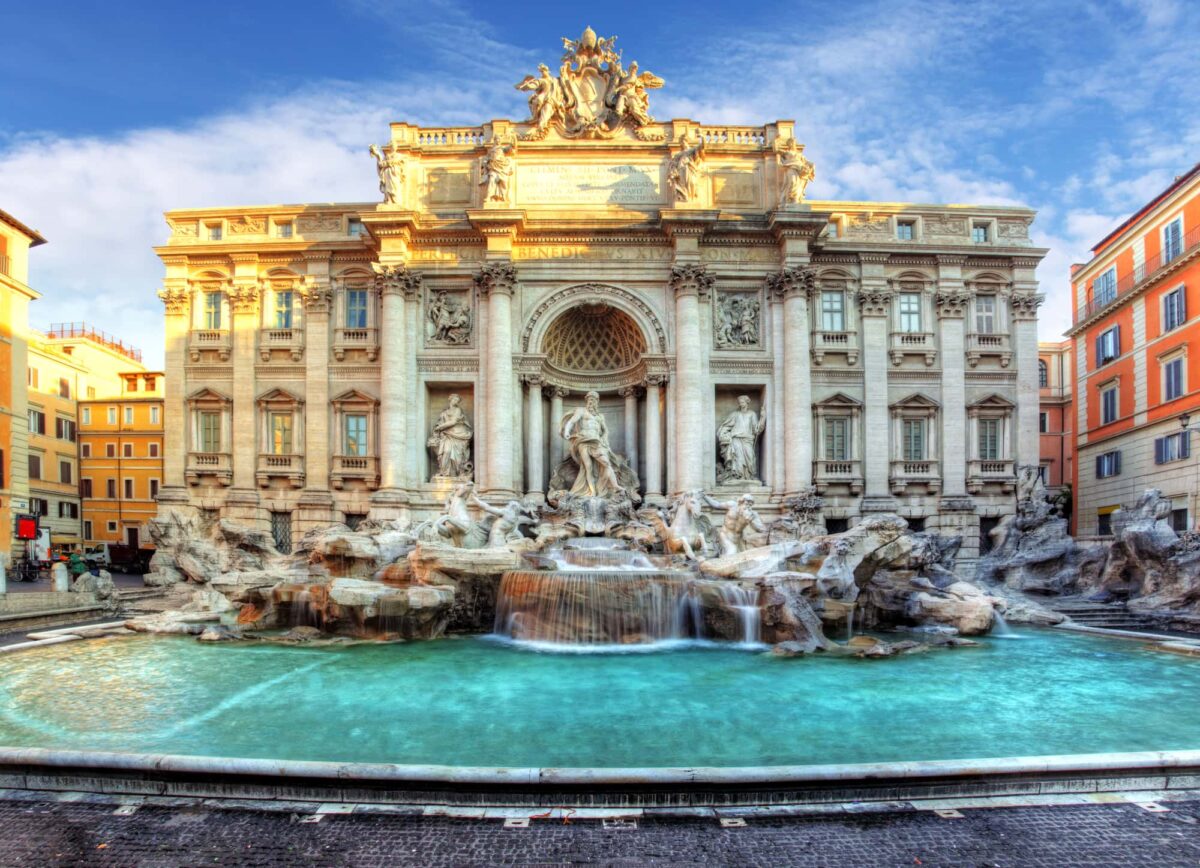 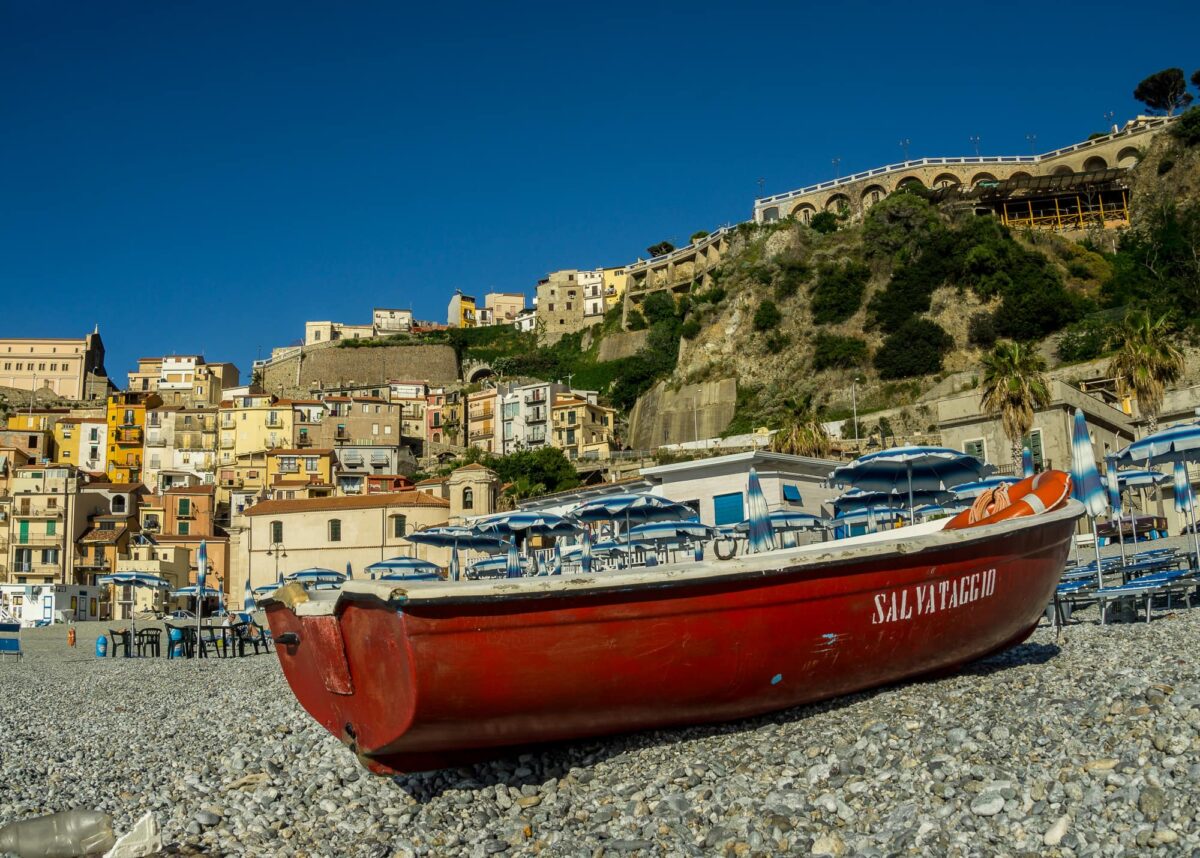 22 Worst tourist traps in Europe and their alternatives 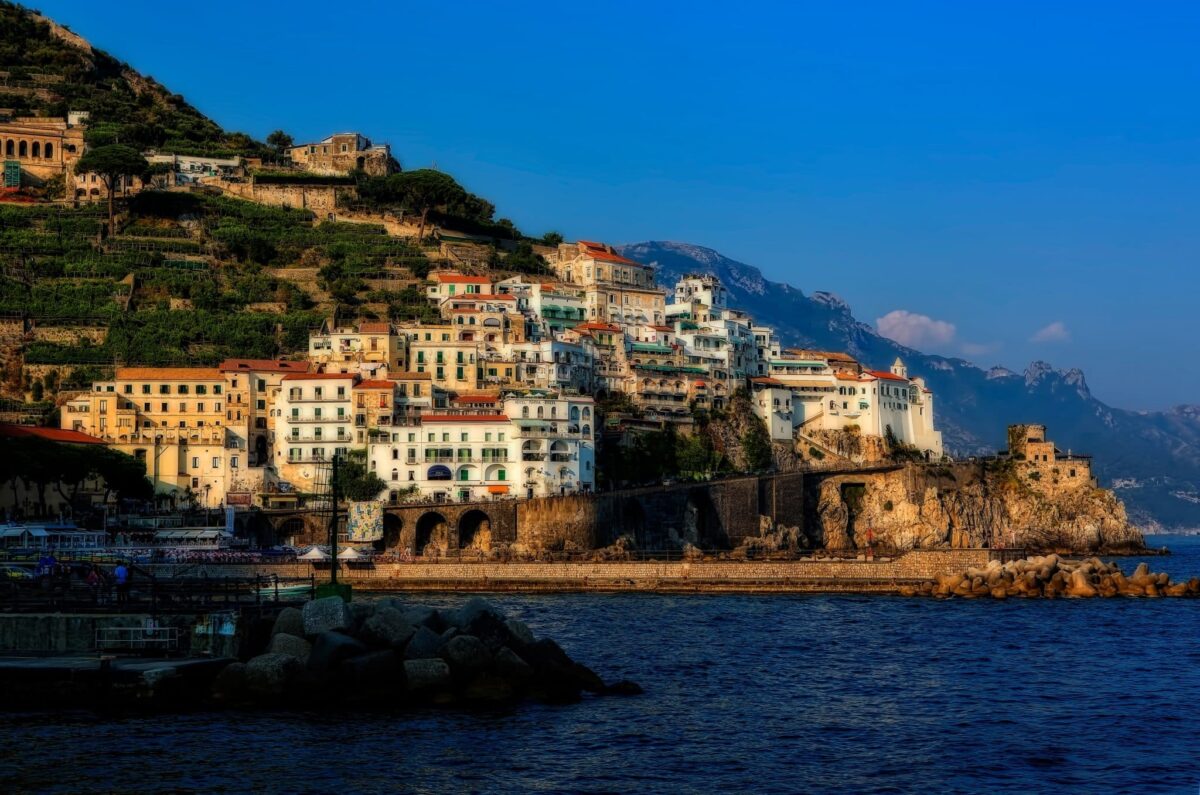 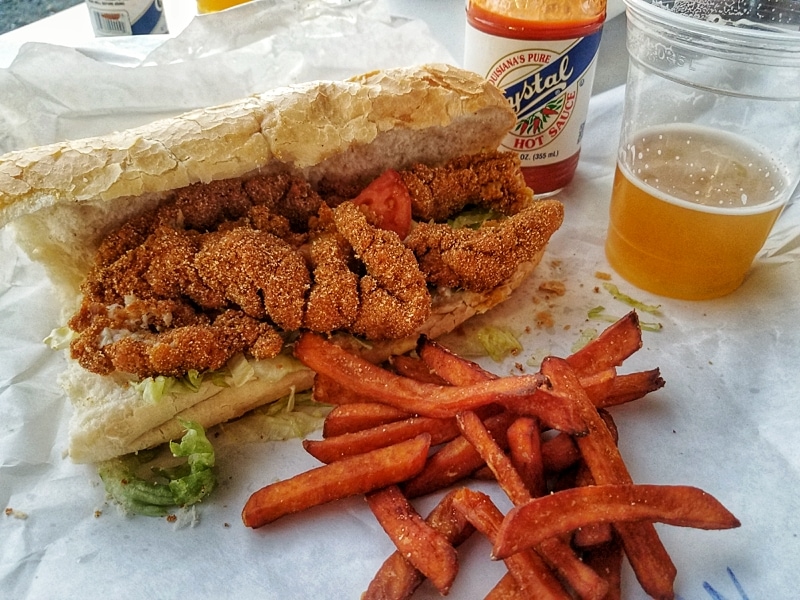 Feeling Homesick for your favourite foods?