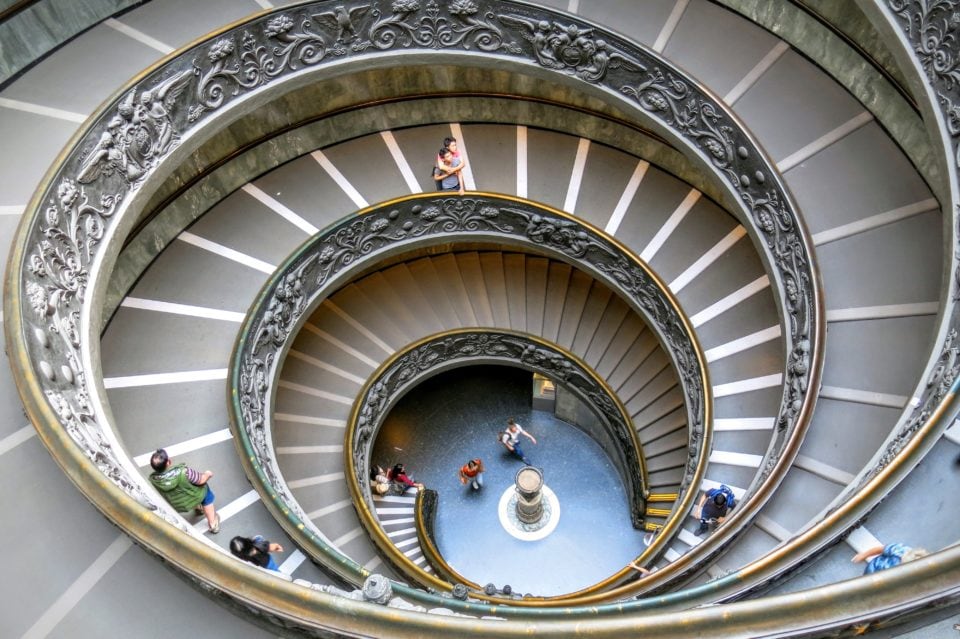 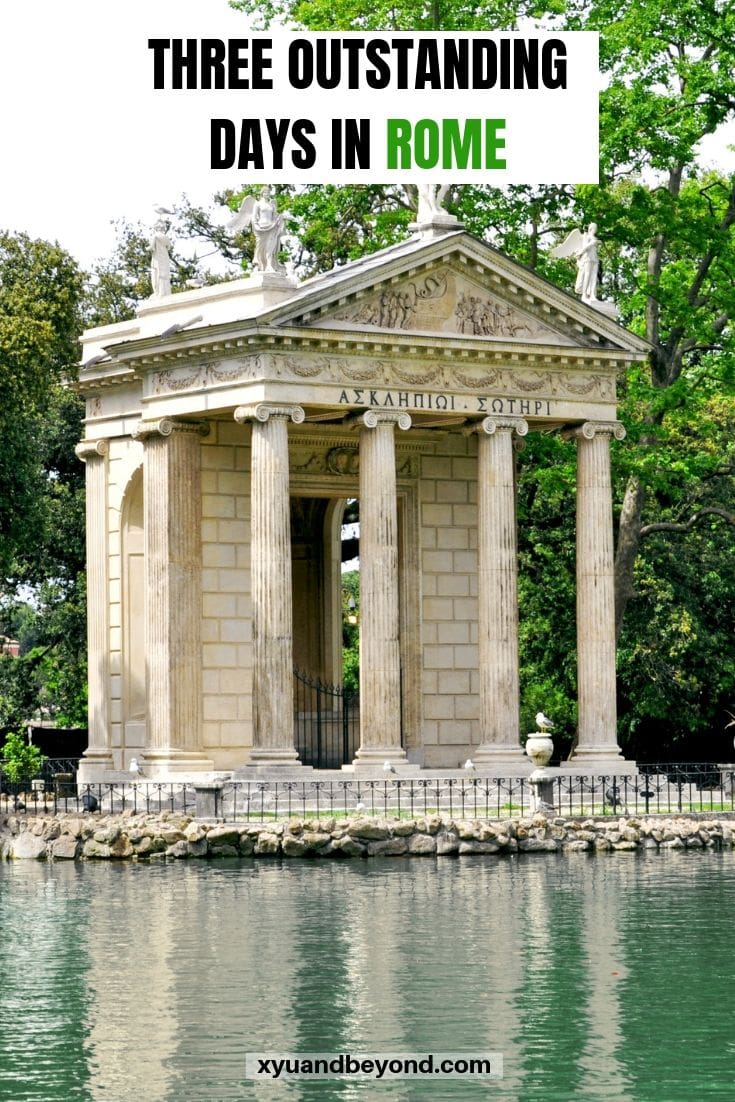 This months guest post is written by Federica Provolenti. Federica is an Italian journalist and travel writer. Born and raised in Rome, she studied History of ancient art before embracing her career path as a storyteller. Leading by chance an expat life, Federica tells her travel stories on A stroll around the world and on her Instagram page.

Things to do in three days in Rome

Can you imagine it a glorious 3 days in Rome the Eternal City.

There are many things to do and see in Rome, but if you are visiting the Eternal City for the first time, you should head to the main important places. The Colosseum and Saint Peter Basilica, Castel Sant’Angelo and the Capitol Hill are among the sites you will discover during these three days in Rome.

The Italian capital with its millennial history is tremendously rich of cultural heritage that ideally you might want to extend your stay to discover more gems. However, in 3 days in Rome, you will be able to get a sense of the importance of Rome as a unique place in the world. 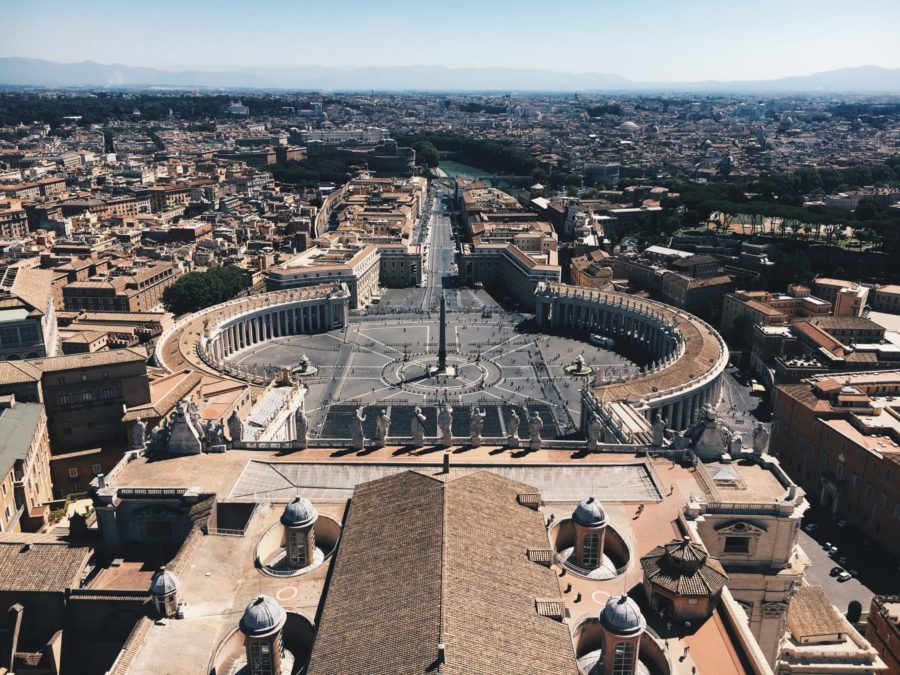 Places you must see in your 3 days in Rome

When in Rome – how to visit the Colosseum

Start your 3 days in Rome with a visit to the Colosseum, probably the most renewed monument of the city. In detail, this is the only European place to be listed among the Seven Wonders of the modern times. 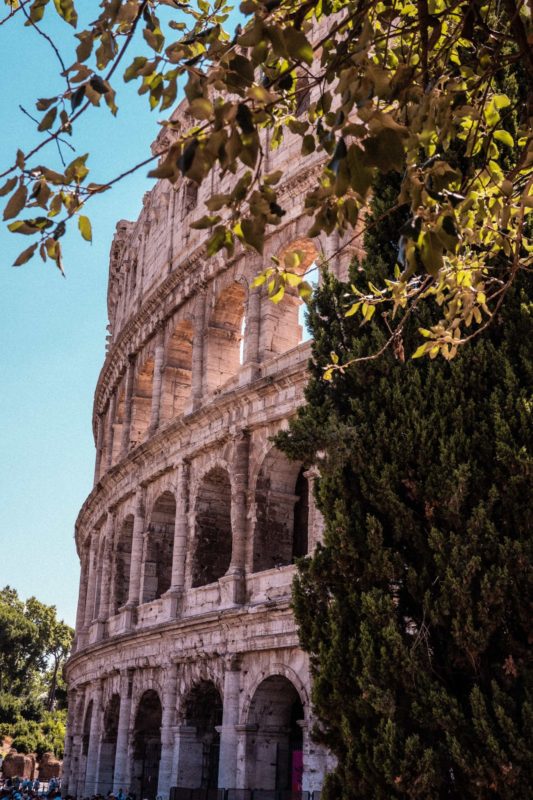 This ancient amphitheatre, once known as amphitheatre Flavius, was built under Emperor Vespasian in 72 and completed under his successor Titus in 80. For over four centuries the Colosseum housed gladiator games. 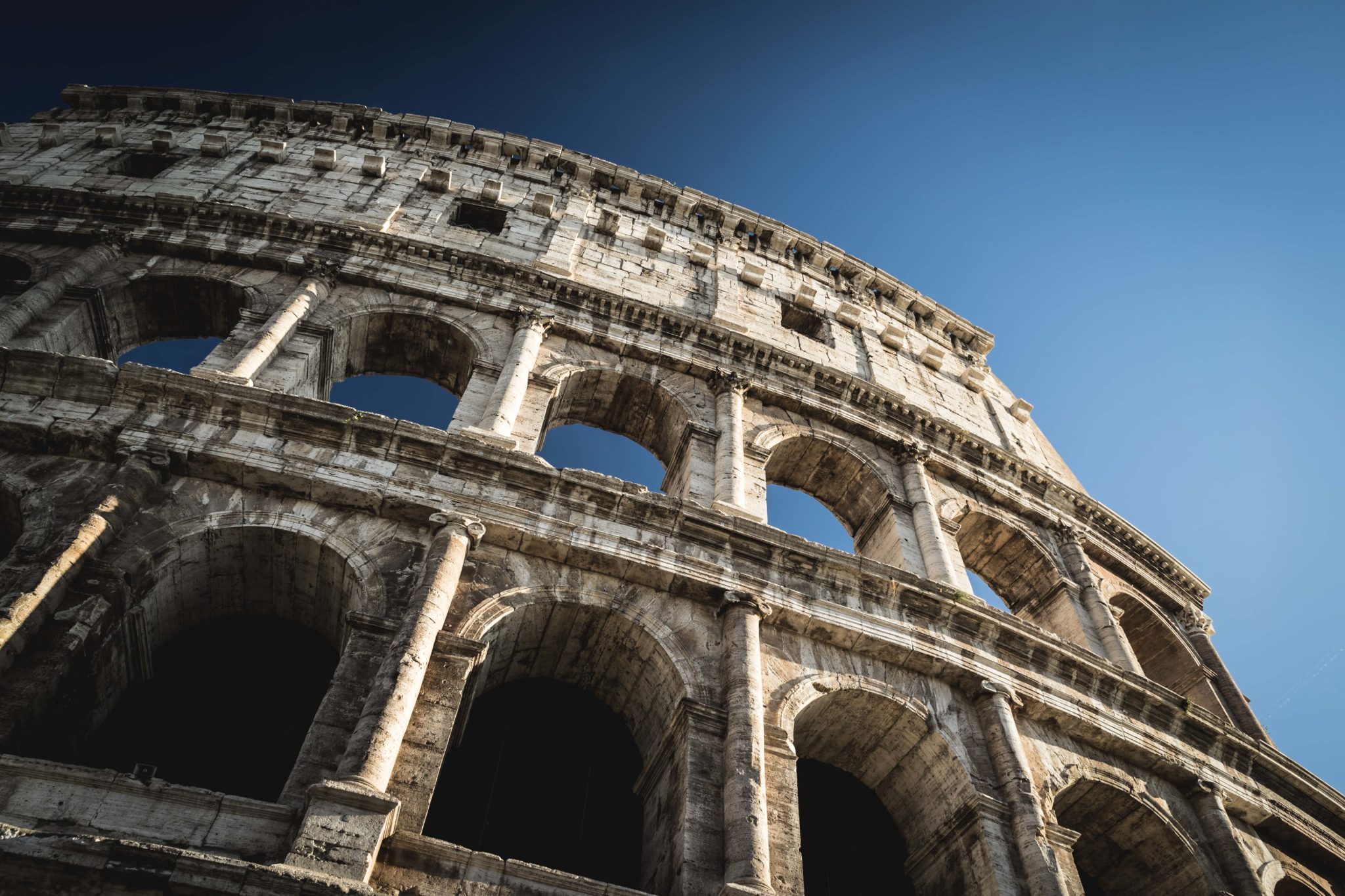 During these shows, there were dreadful battles among men or men and fierce animals like lions. Entering the Colosseum, you will step into the history discovering the high level of engineering and architectural knowledge gained by Roman. Proceed your morning visiting the next archaeological ruins of the Palatine Hill.

Here, according to the legend of Rome’s birth, Romulus and Remo founded the city in 753 BC. Palatine houses on its premises an interesting museum, as well as Augustus and Livia’s houses with impressive frescos.

Avoid the ticket line at the Colosseum by purchasing Tickets in Advance. You can buy a combination ticket at the entrance to the Palatine Hill where apparently a line is rare. The official website sells a combination ticket which is good for the Roman Forum, Palatine Hill and Museum and of course the Colosseum. This ticket is good for 2 days. You will still have to wait in line to go through security but at least you won’t be in the long-ass ticket line.

What to do in Rome on day 1 in the afternoon

In the afternoon take via dei Fori Imperiali and visit the Capitol Hill. Home of the city hall, this hill hosts a scenographic square designed by Michelangelo. From here you can fully enjoy a unique view of the Roman Forum. 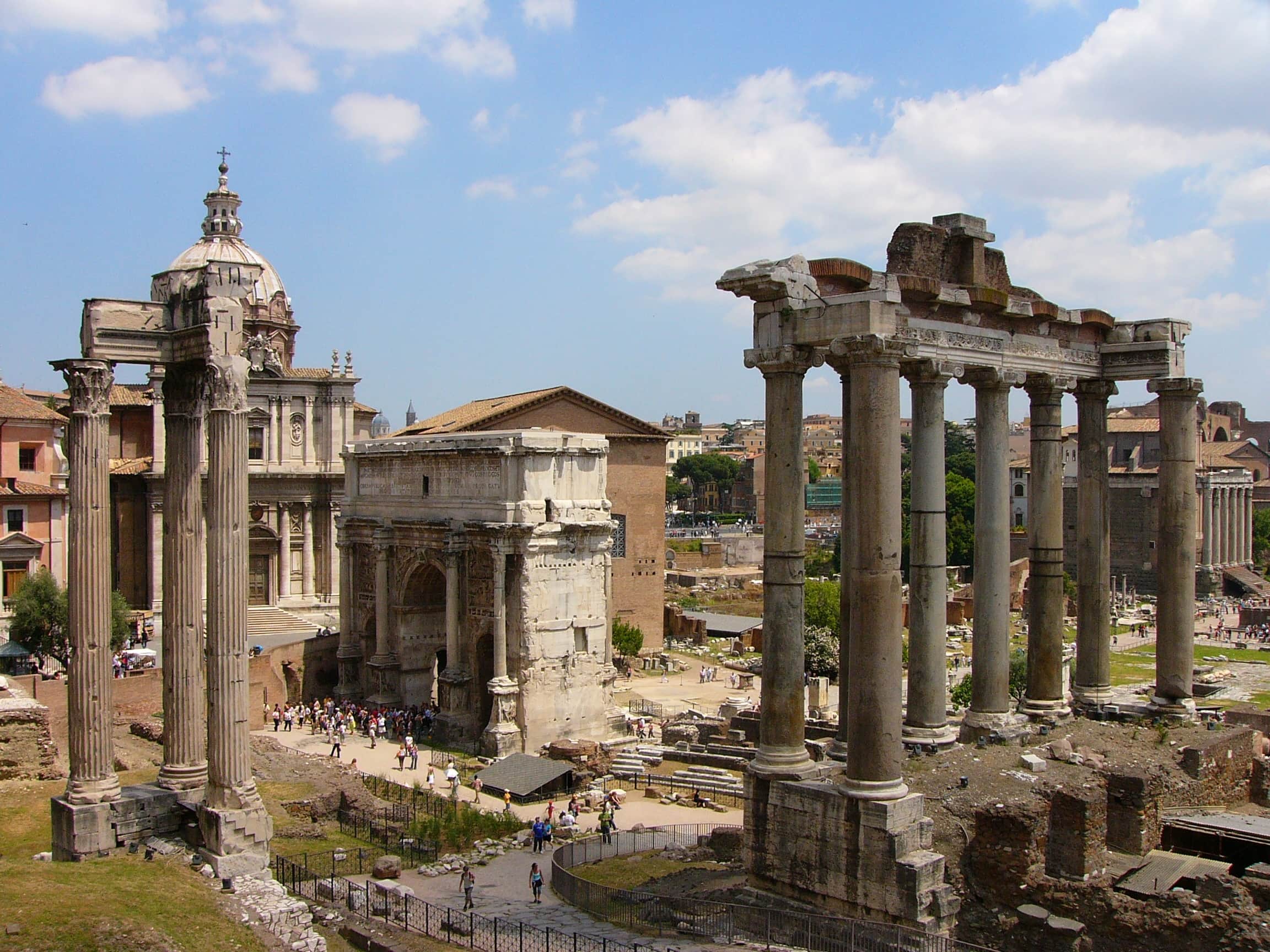 On the Capitol Hill visit the Capitoline Museums with a unique collection of Roman antiquities, and the famous equestrian statue of emperor Marcus Aurelius.

Proceed with your discovery of the Eternal city by climbing the steps of the Ara Coeli church. Crossing Piazza Venezia, visit the church of Santi Apostoli with a beautiful bas-relief in the porch by Antonio Canova and then arrive at the Trevi Fountain. Proceed your day strolling around downtown Rome and visiting some of the most important highlights like the Piazza di Pietra, Pantheon, and the Spain Steps.

What to see in Rome on day 2 in the morning

While Rome is the capital of Italy, it hosts another state among its walls: Vatican City. Spend the morning of your second day in Rome wandering among the beauty of this small state. Try to book a tour to the Vatican Museums in advance to skip the line. 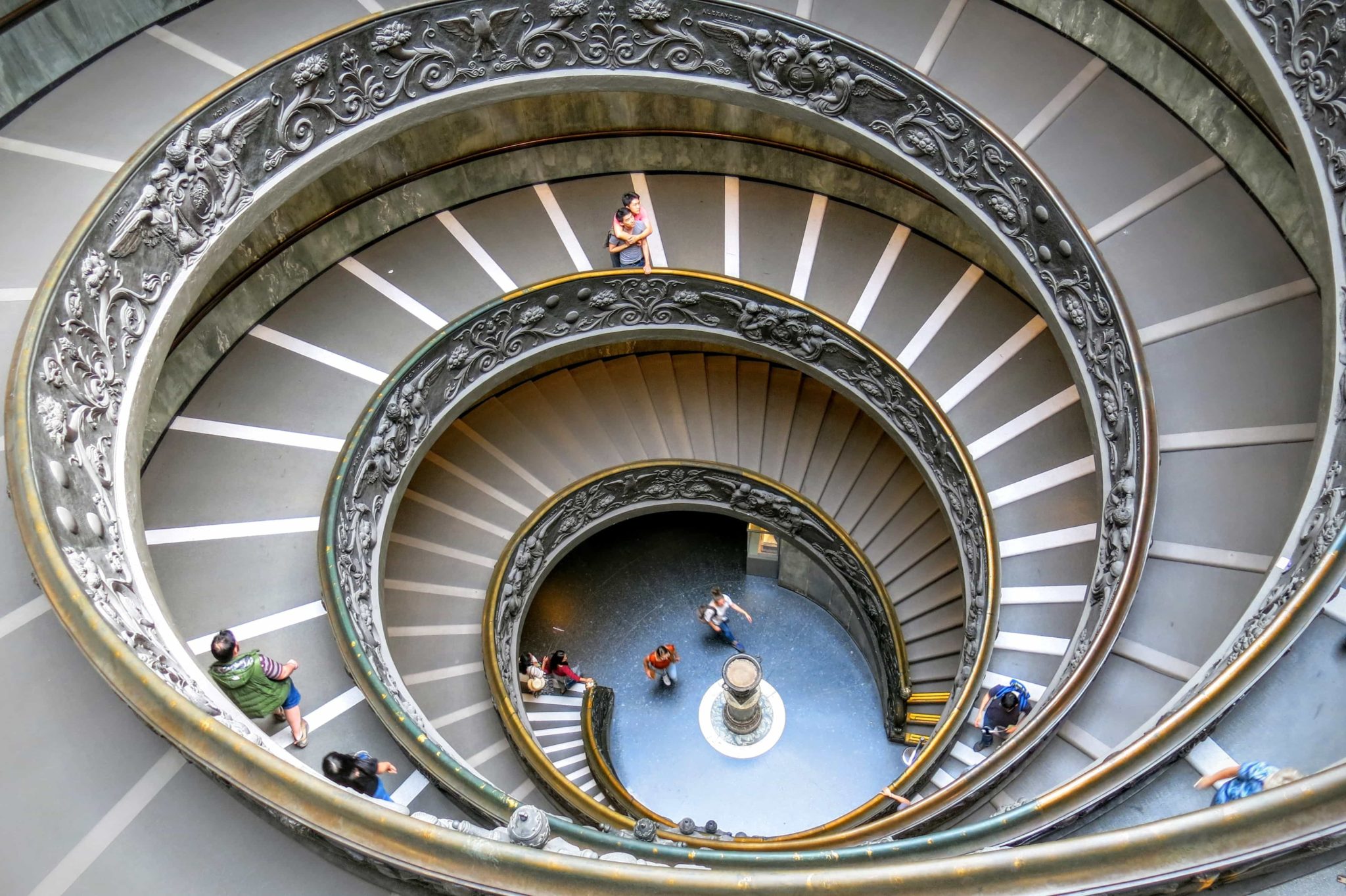 Once there, experience the wanderlust of the frescos of the Sistina chapel depict by Michelangelo. Wander among the map room and enjoy the wall painted by Raphael showing the Athens school. Then walk for ten minutes to enter the Basilica and discover some of the prime art treasures. Among them, you will see the Pietas by Michelangelo, and the baroque baldachin and Alexander VII’s funeral monument by Bernini. From the Basilica you can climb the Dome and enjoy one of the most rewarding views over Rome.

What to see in Rome on day 2 in the afternoon

Leaving the Vatican City head to Sant’Angel Castle, a fortress built under emperor Hadrian that wanted to use it as a mausoleum for himself and his family. In 1277 an underground corridor was built to connect this place to the Vatican City and to serve as an escape for popes in danger. It was then used in 1527 by Pope Clement VII who found refuge into the fortress. 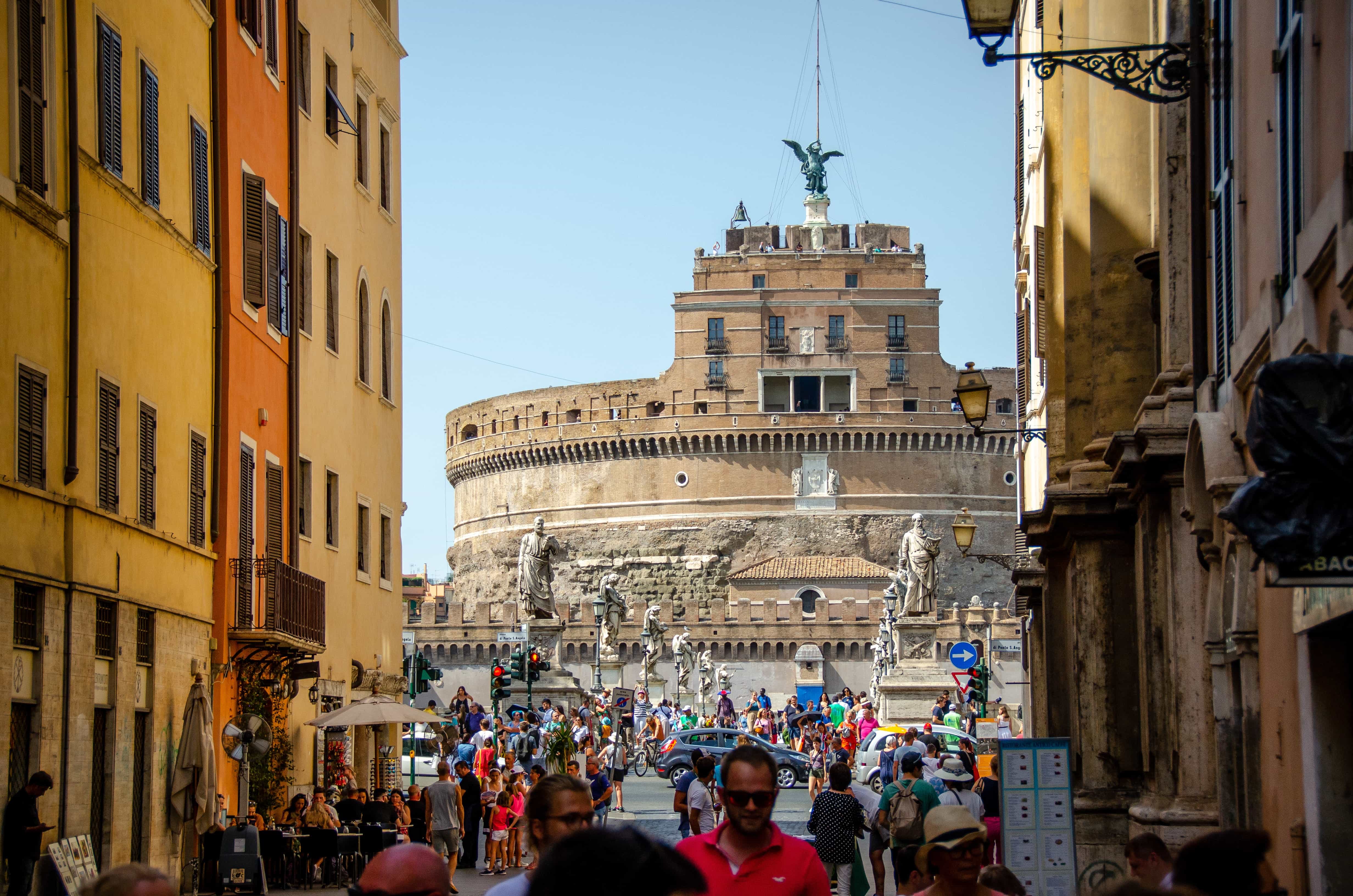 After visiting this place cross St. Angel’s bridge and stroll around via dei Coronari, one of the more charming streets of Rome famous for its antiquities shops. This walk will lead you to Piazza Navona, the square famous for its Baroque architecture’s masterpiece.

Once a Roman Stadium hosting horse and chariot races, it was transformed under Pope Innocent X into the stunning space you can admire nowadays. The Four Rivers Fountains by Bernini dominate the core of the square. Visit the churches in the piazza as well as the nearby church of Sant’Andrea della Valle. 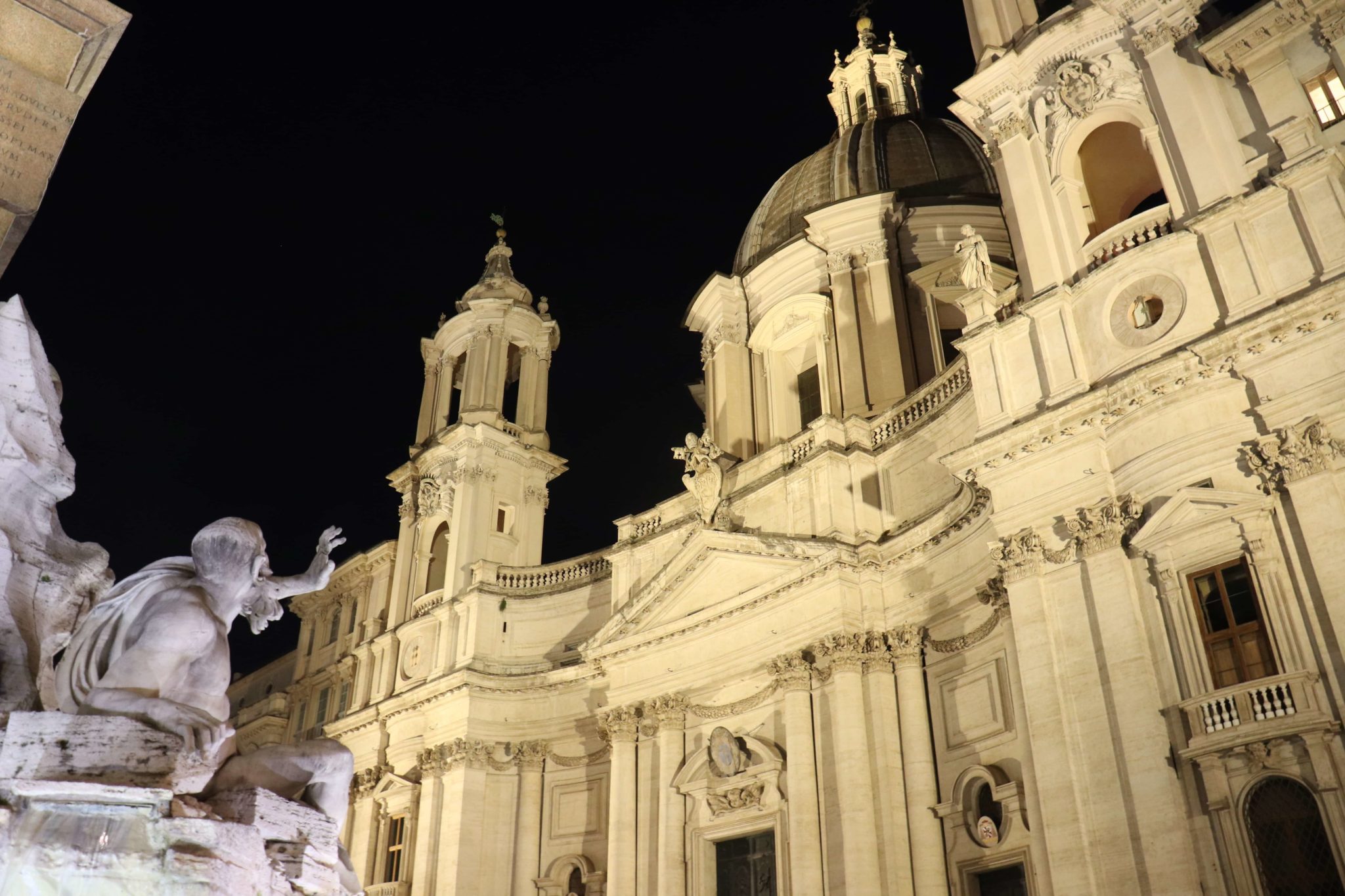 What to see in Rome on day 3 in the morning

Dedicate your last day in Rome discovering Villa Borghese, one of the most beautiful green areas of the city. After a boat ride inside the lake, proceed to the Borghese gallery museum where you can admire some of the most famous sculptures by Bernini, as well as masterpieces from Caravaggio, Titian, and Raphael. Reservation is mandatory to access it, and you can book your entrance ticket in advance online. From there, walk until the Pincio’s terrace to enjoy one stunning view over Rome. 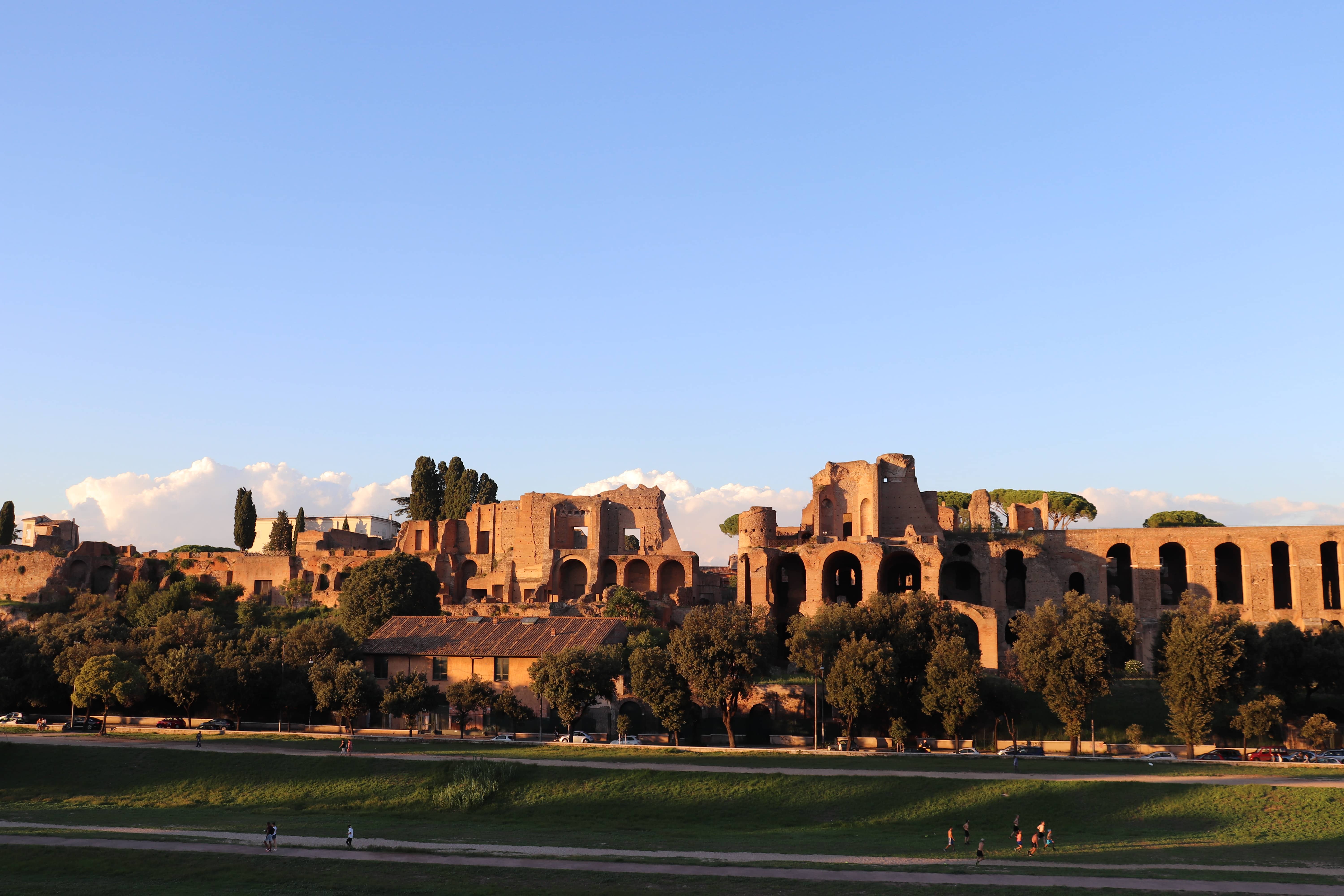 Using the metro, move to Circo Massimo and visit the ancient stadium. Built under Emperor Augustus, it hosted chariot races. The famous Truth mouth is nearby. From Via dei Cerchi, after few bus stops, get off at Marcellus Theater and explore the area of Portico d’Ottavia, also known as the Jewish ghetto. 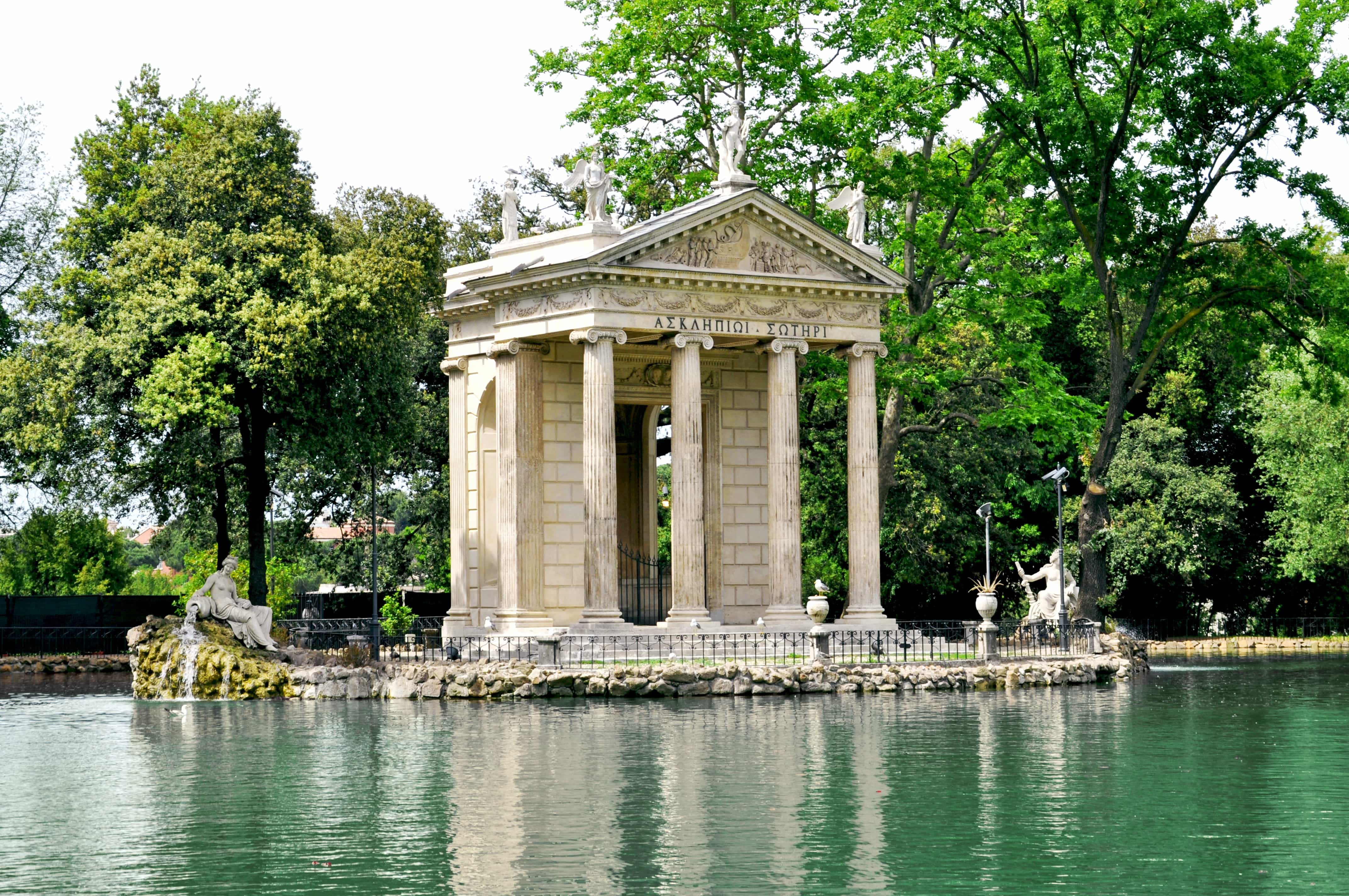 What to see in Rome on day 3 in the afternoon

Spend the afternoon of your last day in Rome, exploring the area of the Jewish ghetto. Here, in 1943, the Jewish community of Rome suffered mass deportation. A marble plate reminds these horrible facts. In the neighbourhood, you can wander around the Tortuga fountain and try some delicatessen made in the local bakery shop. 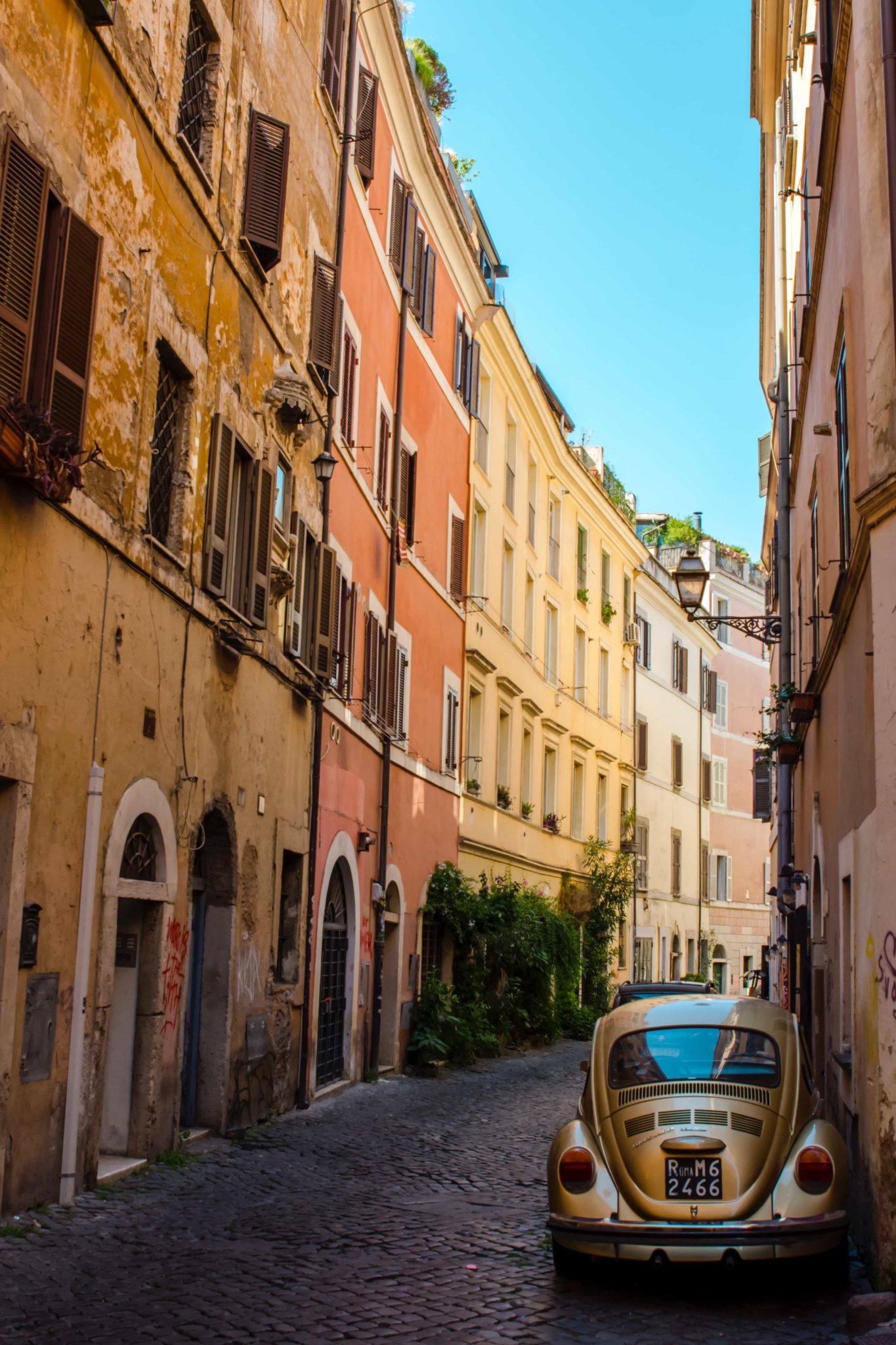 From here cross the river and end your day in the picturesque area of Trastevere. In this neighbourhood, where coloured ochre houses face on narrow cobblestone streets, you will find some lovely trattorie (simple fare restaurant offering local cuisine) alongside more fine dining options. Sipping a cocktail in Piazza Santa Maria Maggiore is a must-do experience to conclude your three days in Rome.

When you only have three days in Rome it’s important to know where to eat here is an article on Food in Rome and the art of eating like an Italian it includes traditional Roman dishes and cuisine and where to find them.

Have you been to Rome yet?  How did you spend 3 days in Rome and what was your favourite place?

What to do in Notting Hill London's prettiest neighbourhood
Notting Hill Guide t...
Explore the Killary Fjord in glorious Connemara Ireland
Exploring the Killar...
What to eat in Kuala Lumpur all the best dishes
7 of the Best dishes...
Travelling and exploring the Amalfi and Capri Coast
The Best Itinerary t...
Share
Destinations  / Italy