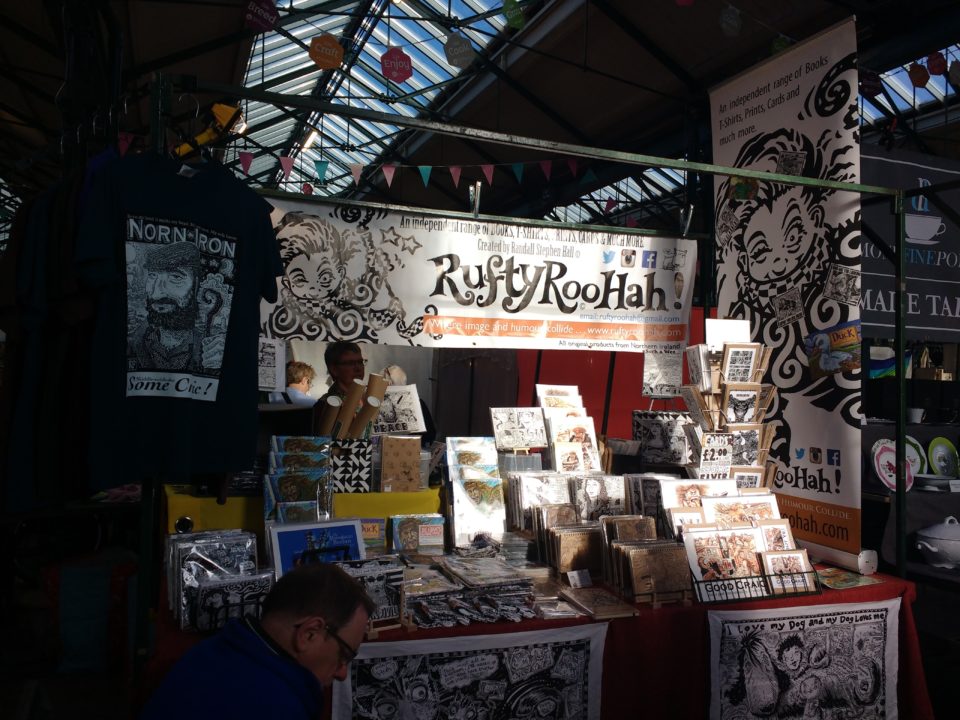 Your guide to Irish slang

Irish slang is a language all to its own. From the North to the ROI Irish slang can go over your head in an instant and you stand there with no clue as to what is being talked about. Here, I have highlighted the most commonly heard Irish expressions and words, their meanings and provided examples of how they are used in everyday speech.

The Irish have a way with words and Irish terms and funny Irish sayings have been handed down generation to generation. Irish idioms like “Jesus, Mary and Joseph” or “hand us the wooden spoon” are terms most of us Irish have heard at some point in their lives.

Northern Ireland has a vocabulary distinctly its own. From Belfast central to the outer edges regional accents and sayings do differ a lot. Irish slang and Irish expressions differ depending on where you are in the country be it the North or the South. The Irish pretty much shorten everything so here they say up North or they say down South to make their lives easier. 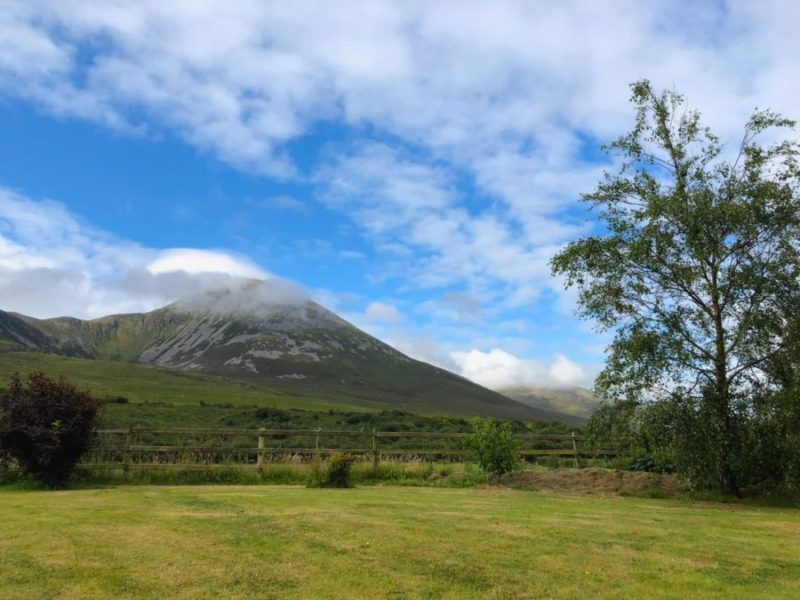 Irish Slang does vary from North to South but there are lots of variants of the same words particularly swear words and words for getting drunk or being drunk. Craic is another not so much Irish slang word as a Gaelic word that is used both North and South for finding the good times.

The Irish words or rather things (tings) the northern Irish say are to a large degree based on the plantation of Ulster, in other words, the Scots who moved to Northern Ireland. Along with some traditional English sayings Northern Irish or Irish banter can be tricky to catch on to.

Belfast banter and the Belfast accent can be almost untranslatable. It reminds me of watching British TV shows in Canada with subtitles. You have to be pretty damn fast to catch some of it. Once you get the hang of these Irish expressions you are on your way. 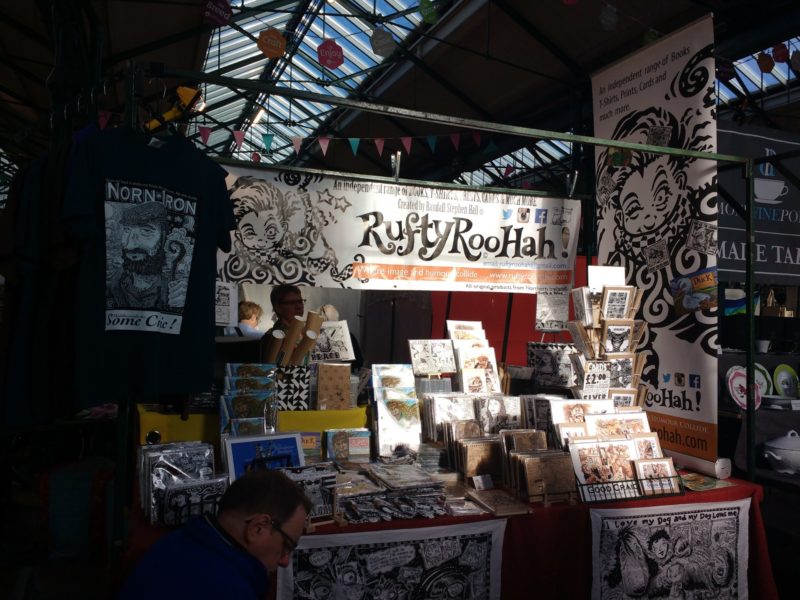 the Irish sense of humour in St. Georges Market

The first thing to learn about Northern Ireland is that up here it’s called “Norn Ireland” or at least that it is what it sounds like. The second thing to know is everything up here is “wee”. From a sales receipt to a plastic bag everything is “here’s your wee..”

Beyond Belfast – what to see and do in N. Ireland | Day Trips from Belfast

Wee from the Ulster-Scots a word used to describe anything and everything. Would you like a wee cup of tea, here’s your wee receipt, it’s a wee garden and so on. Probably the most common word that is used in Northern Ireland – rather like the Canadians are supposed to say eh!

Tae: Tea. as in put the kettle on and we’ll have a wee cup of tea.

Banter: banter is the backbone of Ireland’s identity and it is all over Ireland, the banter, the craic, having a good chat and a laugh.

Grand: means good and is used up North and down South

Courtin: If you are courtin‘ someone, you are dating them.

Gurn: To gurn is to moan about someone.

Scundered: means you are embarrassed for yourself or for someone else

Ragin: really angry and spouting off about things that made you angry

Houl yer whisht: literally means shut up or be quiet.

Bout ye? How are you?

I’ll run ye over: Means to give the person being spoken to a ride somewhere. 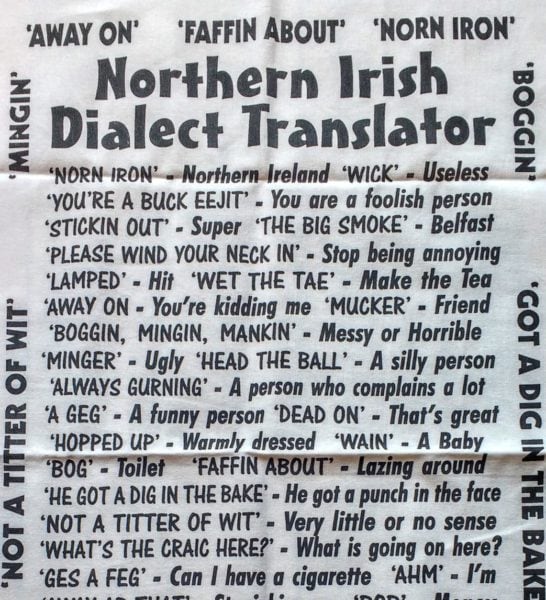 Planning a trip to Ireland? Things to know before you go.

Buck eejit: Used to describe someone who does really stupid things

Dander: to go out for a dander is to go for a walk.

It’s roastin: the opposite of above bloody hot or ‘baking’

Awk sure ya know yerself: A confirmation of your knowledge and what you know is right

Banjaxed: (When something is broken)

Aye sure why nat?: A means of justifying/laughing off an inevitably bad decision – but you go ahead and do it anyway

Bake: is your face

Ach: A word that’s usually placed at the start of a sentence. “Ach go on.”, “Ach you know?”

Catch yourself on!: An expression used to express disbelief or imply that someone is not quite telling the whole truth

Does my head in: A way of expressing that a certain person drives you crazy

Faffin: Messing around, acting an eejit.

Yarn: a good chat or talk

Yer: You’re.  as in yer man or yer woman said in both the North and South

Youse:  you lot said as in “youse lot come ere”

Kex: Underwear. “I have to go a buy new kex for my honeymoon”

Hoak: Rummage. “That wee man hoaks through the bins

I’ll do you!: Expression, meaning you’re in big trouble, usually said by mammies or ma’s chasing their troublesome children with a wooden spoon.

Wind your neck in:  as in calm down

Offie: Off Licence where you can buy beer and liquor

Catch yourself on!: Smarten up and don’t try to fool me

Wet the tea: Make some tea.

Away in the head or away with the fairies: Lost his senses. Stupid.

How to rent a car in Ireland – beware there are no cheap deals! 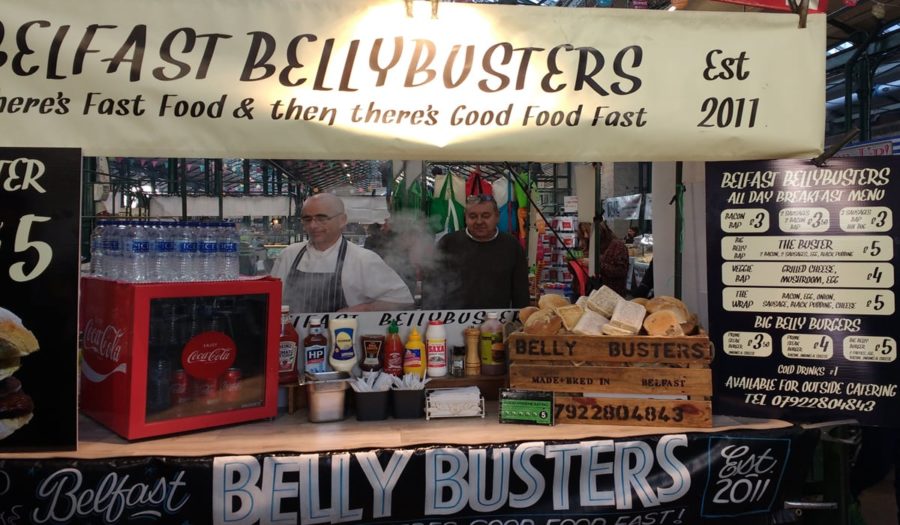 Away on!: used to express disbelief as in you’re kidding me?

Sound: a word used to compliment somebody as in she’s dead sound.

Wait till I tell ye: Said by someone who has some interesting gossip or a story to tell you

I tell a lie: It’s what you say when you’ve realised that you said something wrong!

Do you think I came up the Lagan in a bubble?: Do you think I was born yesterday? (The Lagan is the river that runs through Belfast. This phrase varies depending on which river you were brought up by.) 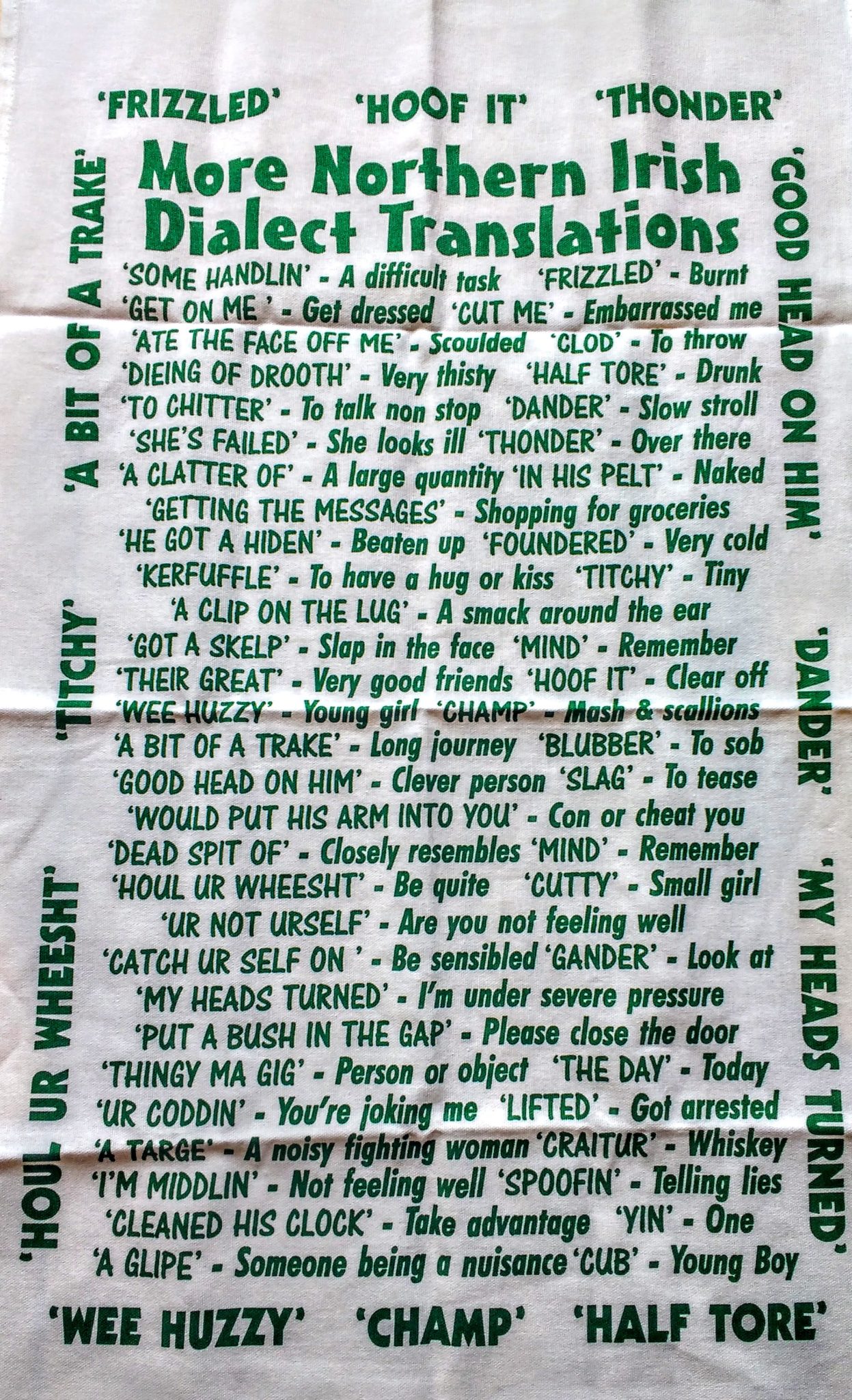 Where to find amazingly cool places to stay in Ireland

Irish slang expressions from the South

Irish slang phrases from the south are a little bit different but there are many that cross over regardless of where you come from.

On the lash — to go out drinkingWho’s she when she’s at home? – usually used to bring someone back down to earth.

What a ride — super sexy

Stook — an idiot or fool

Big front, slope back — feigning wealth when there’s nothing behind it or as the Scottish say “all fur coat and no knickers”

Take the piss — to make fun of, tease, or take advantage of

Acting the maggot — being a jerk

Grand —  this just means Ok, or that’s fine, or no worries

Rounds —  works in both the North and South and the UK the act of a group of people buying rounds of drinks. Can cause some serious drunkenness if your group is comprised of more than a few people who like a drink. 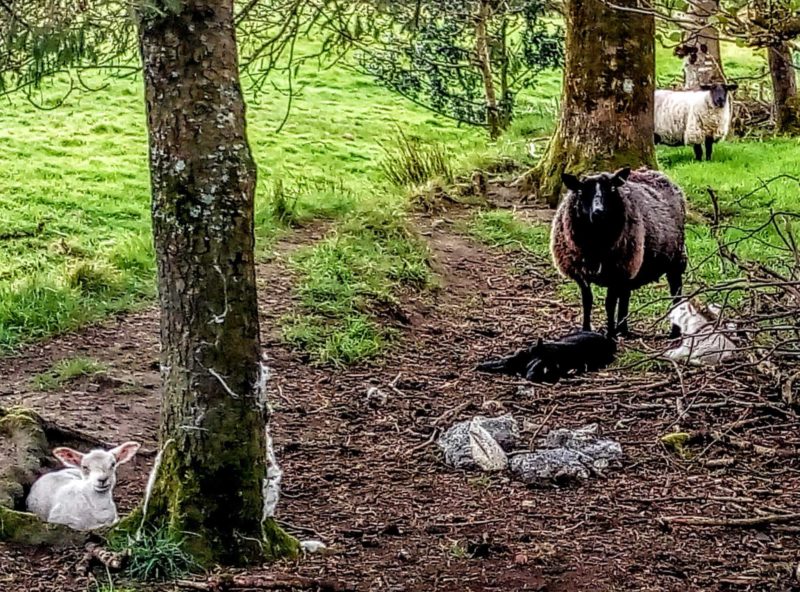 Famous pubs and clubs in Dublin you should visit

Ah, sound —  an acknowledgement that the person you are having a conversation with has heard what you are saying.

Batter ya — I’ll beat you up

mad as a box of frogs — crazy

How do I see all the Game of Thrones Film Sites in Ireland?

One thing you will notice as a visitor to Ireland is that the Irish swear and they don’t hold back on their swearing. Irish swear words are remarkably inventive and I have been constantly surprised by the fact that it doesn’t matter how old you are or how young the Irish can swear like troopers. Here’s your guide to Irish slang phrases.

Frig(in’), Feck(in’), Flip(in’) All taken from the word fuck.
Bloody. Same as fuckin’, but not quite as harsh.
Friggin
Bollocks or bollix. Same as bullshit.
Shite. Shit.
Arse. Ass.
Fuck up. Shut up.
Kick his fuck in. Kick the shit out of him.
Fucked off. Pissed off.
Seven shades of shite. Lots of shit.
Nob. Penis.
He/She doesn’t know his arse from his elbow. Doesn’t know what he’s doing.
Arse about tit. Wrong-way round.
Come on to fuck. Hurry up.

You’ve probably heard a few that I haven’t listed – the Irish are pretty damn creative when it comes to banter so feel free to leave a comment with something you may have heard in passing.

If you know of any Irish slang phrases I may have missed let me know – I do like to keep up to date on these things….lol… 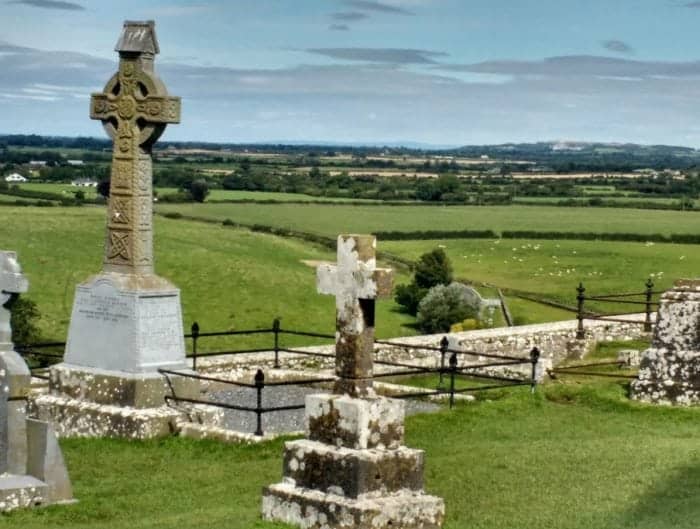 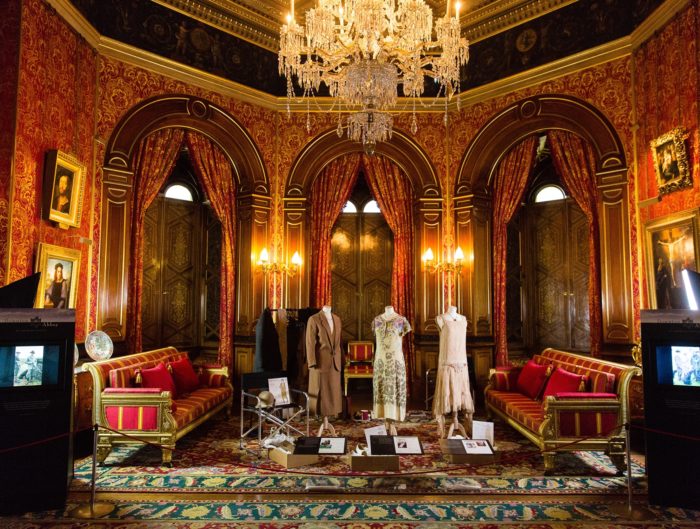 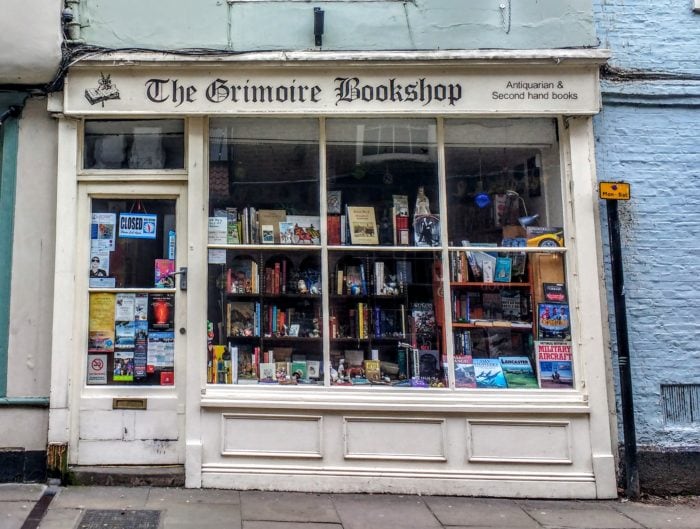 My nana was born in Cloghane, county Kerry in the 1890’s. When I was a young teen, in response to something I said, she responded: May your rear exit close up an fester, May it break out under your arm and may you have to take off your shirt to relieve yourself. Huh? Nana??!! She nearly died laughing