Kilkenny Castle Ireland one of the world’s most beautiful 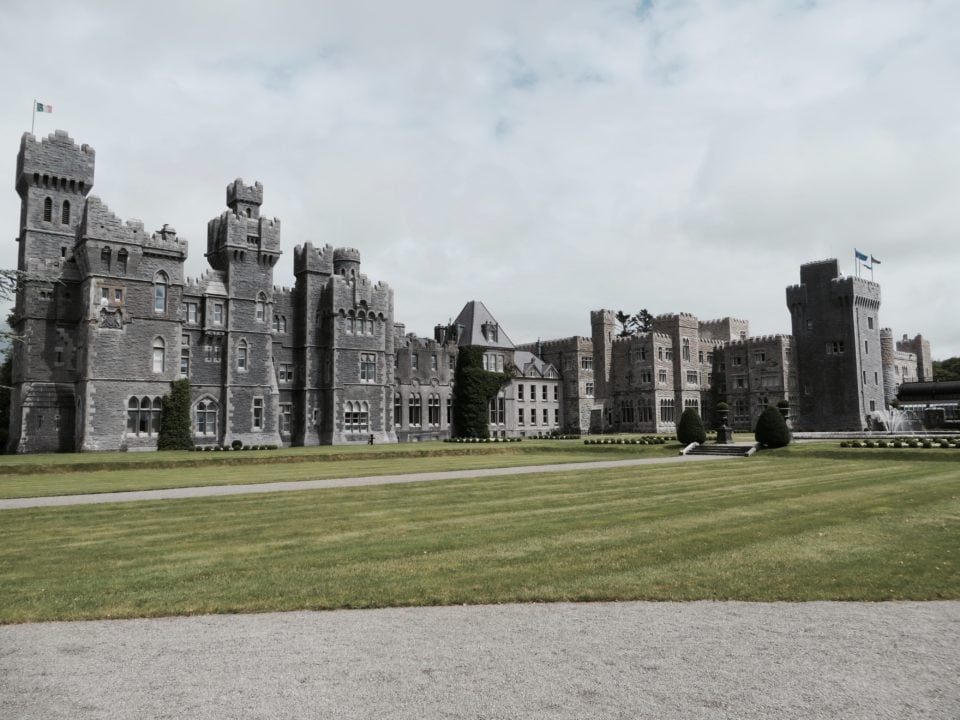 The magnificent Kilkenny Castle sits in beautiful gardens with extensive paths and woodlands. The gardens contain an ornamental lake and a stunning collection of roses. Overlooking the Nore River Kilkenny Castle has guarded this important river for over 900 years.

Kilkenny Castle was sold to the people of Ireland by the Marquess of Ormond for  £50 back in the 1960s. Operated by the OPW (Office of Public Works) it took nearly 20 years to complete the restorations as the Castle was falling into ruins. In 1976 Kilkenny Castle reopened to the public and it has been a highlight on Kilkenny’s Medieval Mile since that time.

Tip: pick up an OPW Heritage Card when visiting Kilkenny 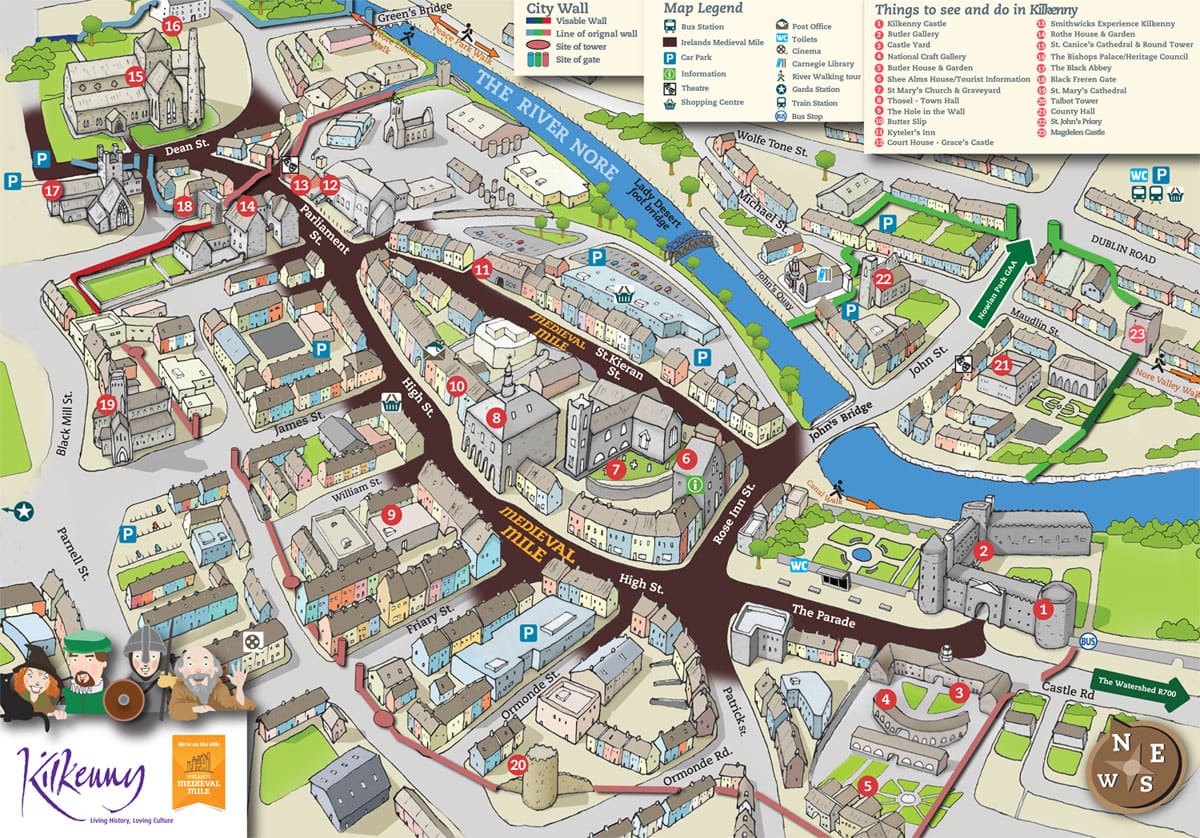 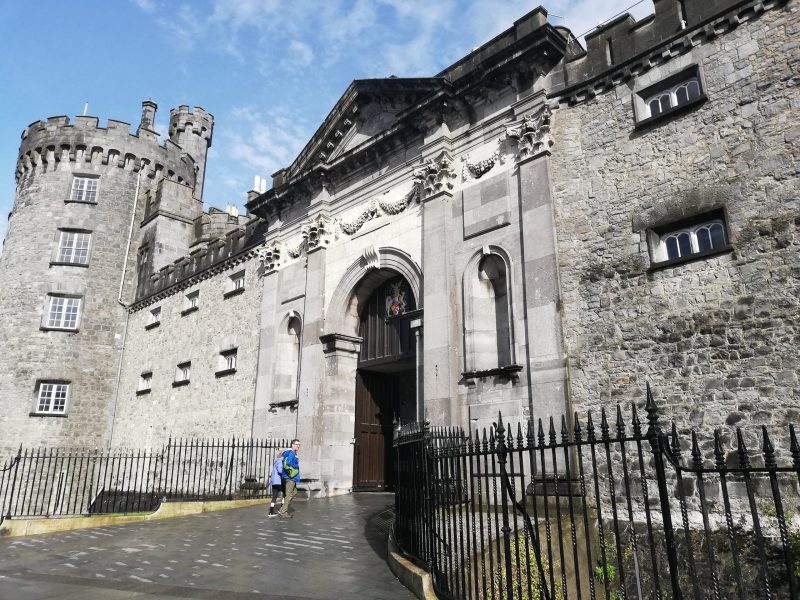 Kilkenny Castle is originally a 12th-century castle which was extensively remodelled in the Victoria era. It was founded just after the Norman conquest of Ireland and has been in use for over 800 years. Today the Castle is open to visitors who can wander the Castle and learn the history of the building and Kilkenny from guides who are stationed throughout the Castle.

The Castle is located at the very heart of Kilkenny and there are many tours that will bring you to the City from Dublin. The drive from Dublin takes around an hour and a half and is pretty straightforward.

How to get to Kilkenny from Dublin

If you are planning your visit to Ireland and you are renting a car from the airport you may want to head straight to Kilkenny. If you are planning on spending a day or two in Dublin then I would recommend picking up the car the day you leave.  You could also plan a trip around the Southcoast of Ireland that will include Kilkenny, Waterford, Wexford, Hook Head and several other major sites along the way.

When visiting Kilkenny getting there is pretty easy it is around an hour and a half drive from Dublin. You can also catch a train from Heuston Station in Dublin to Kilkenny’s Macdonagh Station at a cost of around €13 euros return for one person. The train journey is also very fast and only takes an hour and a half. Buses also run to Kilkenny and in the summer months, the Xpress service on Bus Eireann takes around 90 minutes for €10 Euros per person.

Kilkenny is a relatively small city and I’ve driven it many times. There is parking near the Castle but depending on when you are visiting it can be hard to find a spot and the time you are allowed to stay is limited. If the market is open on weekdays you won’t find a spot. You can also try parking behind the Medieval Mile area where the Dunnes store is (approx #10 on the Map).

The ground floor of the Castle is completely accessible but if you are in wheelchair or can’t manage a flight of stairs the upper floors may not be accessible to you. The grounds, garden and park are all fully accessible (and free to wander). There are also AV guides in several languages including Braille.

Kilkenny Castle is open daily all year round and tickets cost  €8 for adults for a self-guided tour. Guided tours are available from November to January and if you are interested you simply ask at the entry desk. There are Audio guides available in many languages that are included in the entry price.

Kilkenny Castle Park and Garden is also free to enter and wander the beautiful gardens and woodlands. 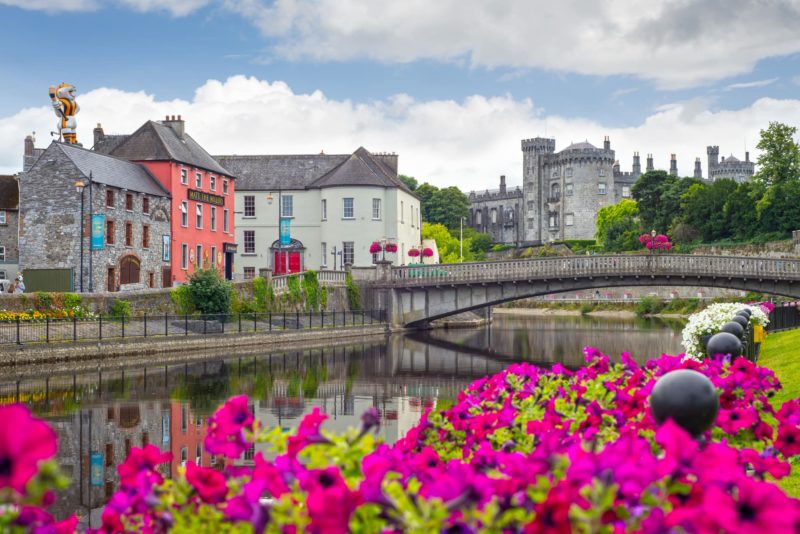 Kilkenny Castle has been an important site in Ireland since Strongbow built the first wooden castle in the 12t century.  It is thought to have been a square castle with towers on each corner. Today three of these original towers still survive.

The Castle eventually became the seat of the powerful Butlers of Ormonde who had arrived in Ireland with the Norman invasion. One of the most famous Butler’s was Lady Margaret who was born in the Castle. Lady Margaret eventually married Sir William Boleyn and was the grandmother of Anne Boleyn the second wife of Henry VIII.

The Butler family lived in the castle for almost 600 years and throughout that time were loyal to the British crown.  During the English Civil War, the Confederation of Kilkenny worked to keep Ireland running and acted as an Irish Parliament with a goal of putting an end to the persecution of Irish Catholics.

Viscount Mountgarrer who was a Butler was a member of this Council but he clashed with other members of the family who were fiercely loyal to King Charles I.  During the following years when Cromwell became leader of England and led horrendous sieges against Ireland (including Kilkenny) the Butler family was forced into exile in Europe.

It was during one of these sieges that the south wall of the Castle was destroyed. In 1680 the Crown was restored to Charles II and the Butlers were again free to return to Kilkenny. As a thank you to their service to Charless they were given a Dukedom which meant that the family heirs inherited the title of Duke of Ormond.

This was not the end of the wars the Butler’s became entangled in. During the 17th century, the Williamite War began between James II and Willian of Orange. The Castle was given by James II to Lord Galmoy and the Butlers thrown out of the castle for supporting William. King James did stay in Kilkenny Castle in 1689 when he needed refuge from the war and he officially lost the war after the Battle of the Boyne. This was when the castle was returned to the Ormonds.

Map of the inside of Kilkenny Castle

These two maps show the inside of Kilkenny Castle and describe what you can see within the Castle. You can download a copy of the map here.

You enter the Castle through the courtyard and pay your fee at the front desk, you will be given a self-guided tour map and you simply follow the rest of the visitors throughout the interior areas of the castle that are set up for visitors. 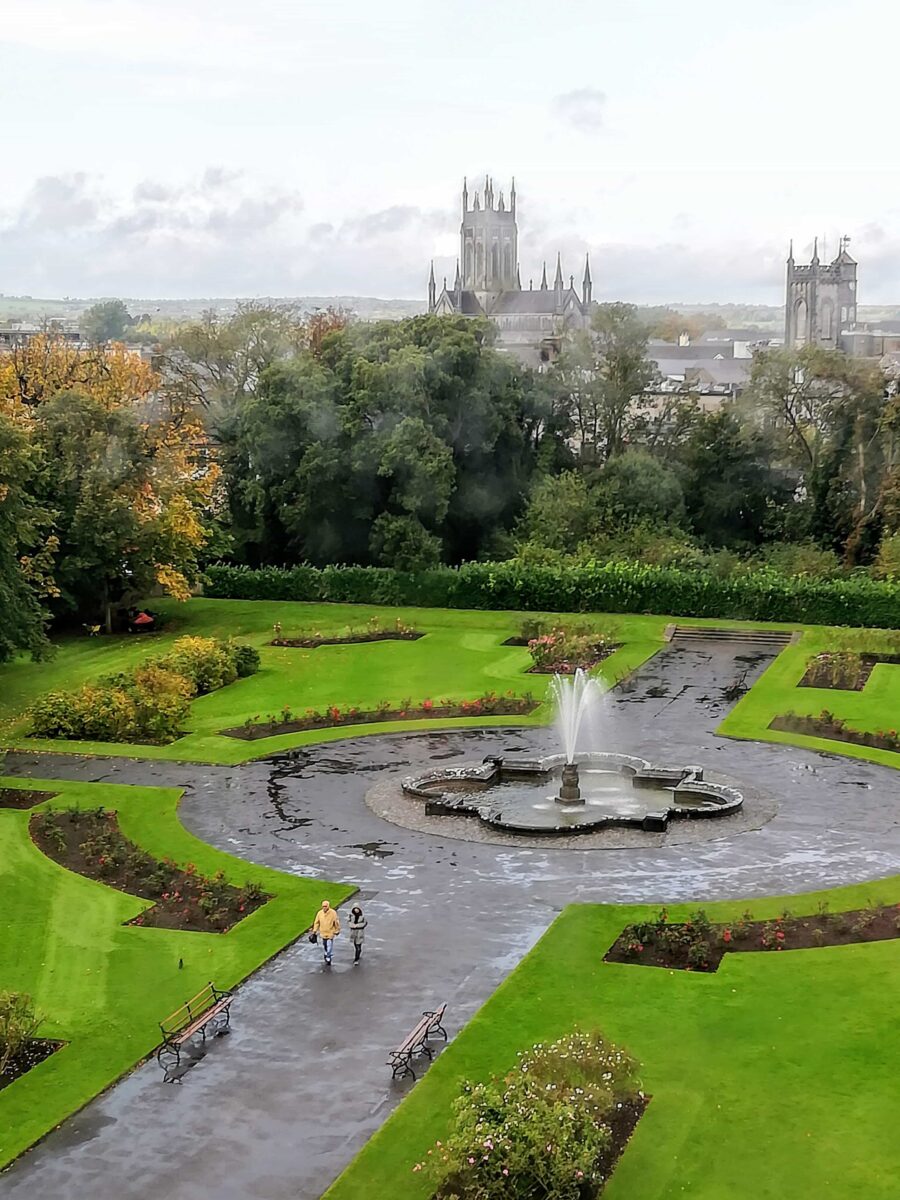 The library is a large room with a central fireplace and yellow silk walls. Beautifully patterned carpets and red velvet cushioned furnishings are featured in this room that was used by the family for relaxing, reading and writing. 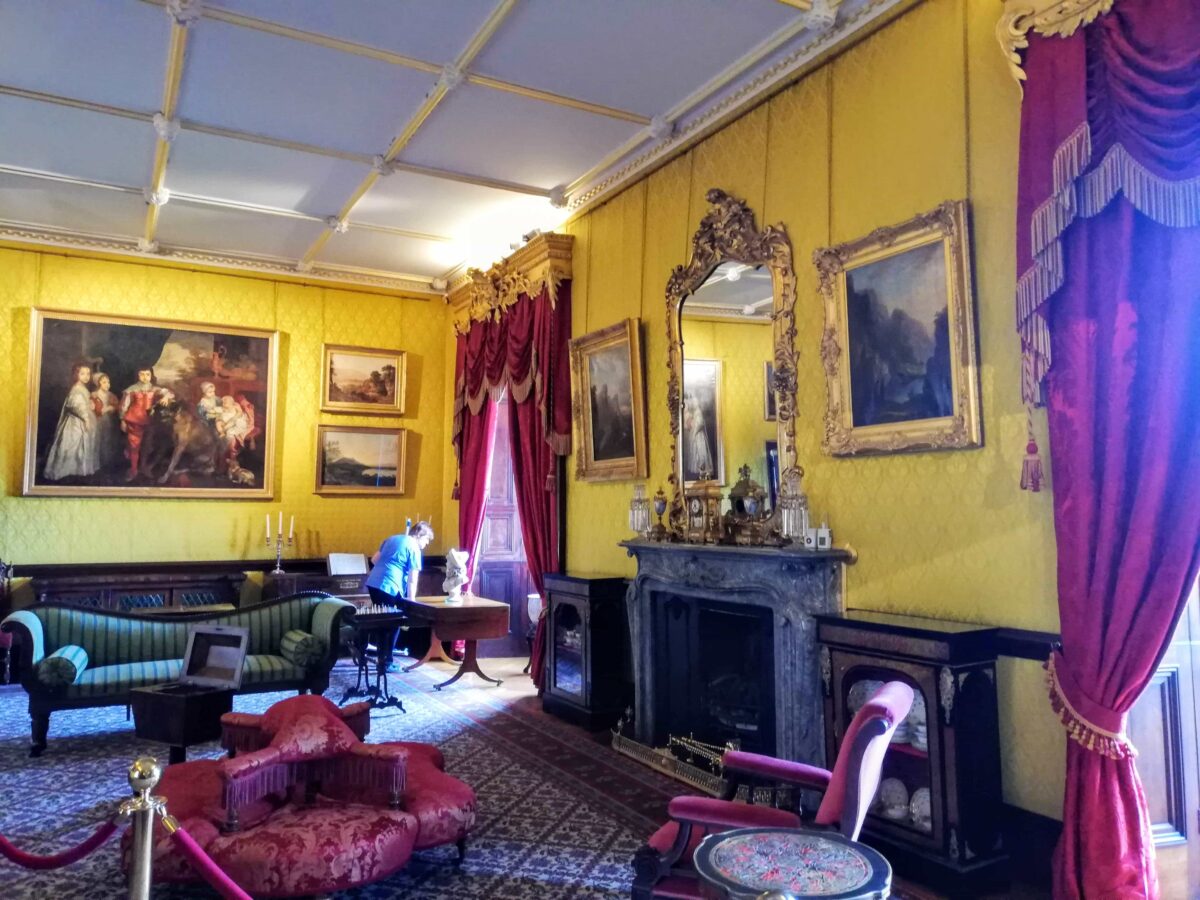 The formal dining room for when company arrived at the castle. The wallpaper is a hand-blocked one known as  Vernis Versailles. 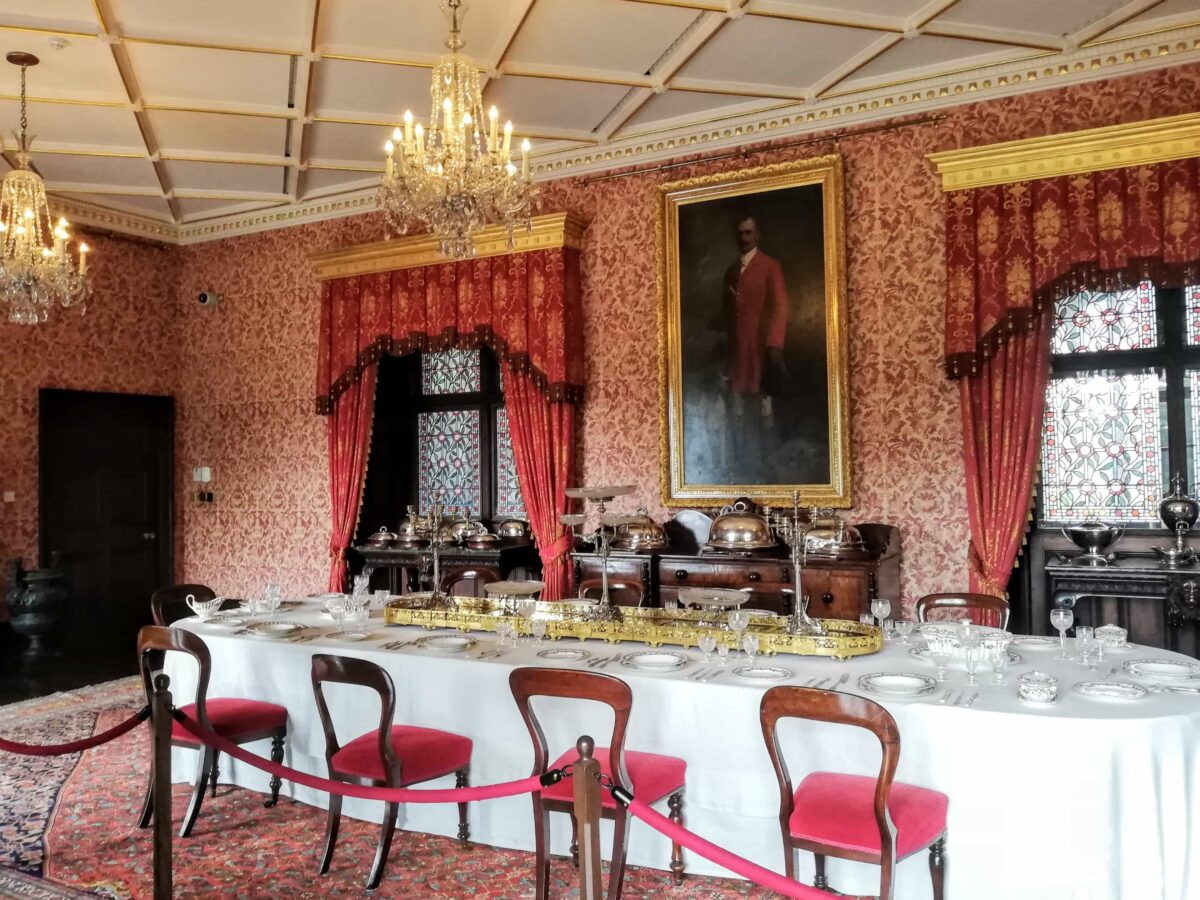 In the North tower there hangs a series of beautiful tapestries that are woven from a Peter Paul Reubens design called Thee Story of Decius Mus. Decius Mus was a Roman Consul who sacrificed himself to give the victory to the Romans against the Latins. 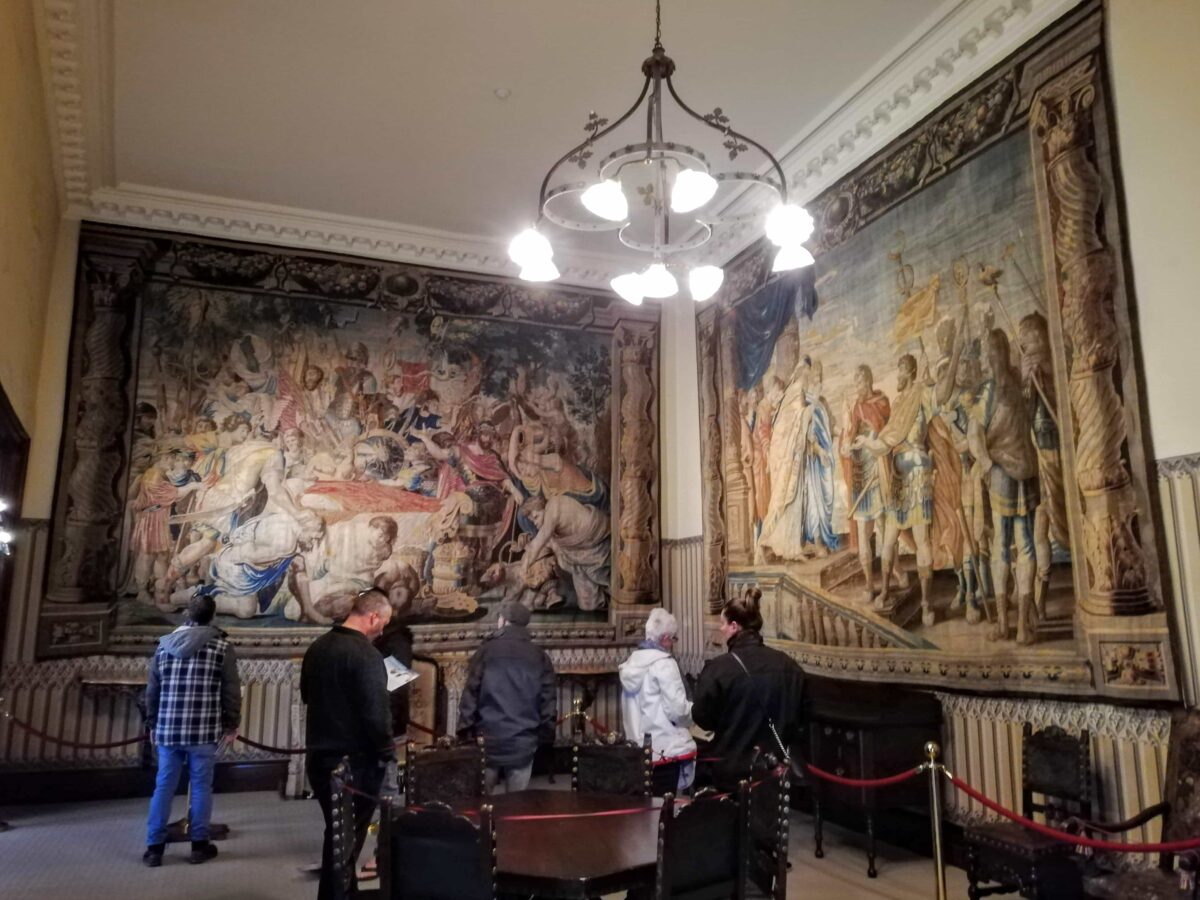 A small scrab of fabric was found behind the skirting boards and the French silk poplin was reproduced for the room in its original colour and pattern.

An absolutely stunning room the Picture Gallery Wing was built in the early 19th century. The massive Carrara marble fireplace was carved in medieval style to match the room. The ceiling beams are all handpainted and decorated and the Gallery is hung with portraits dating back centuries. 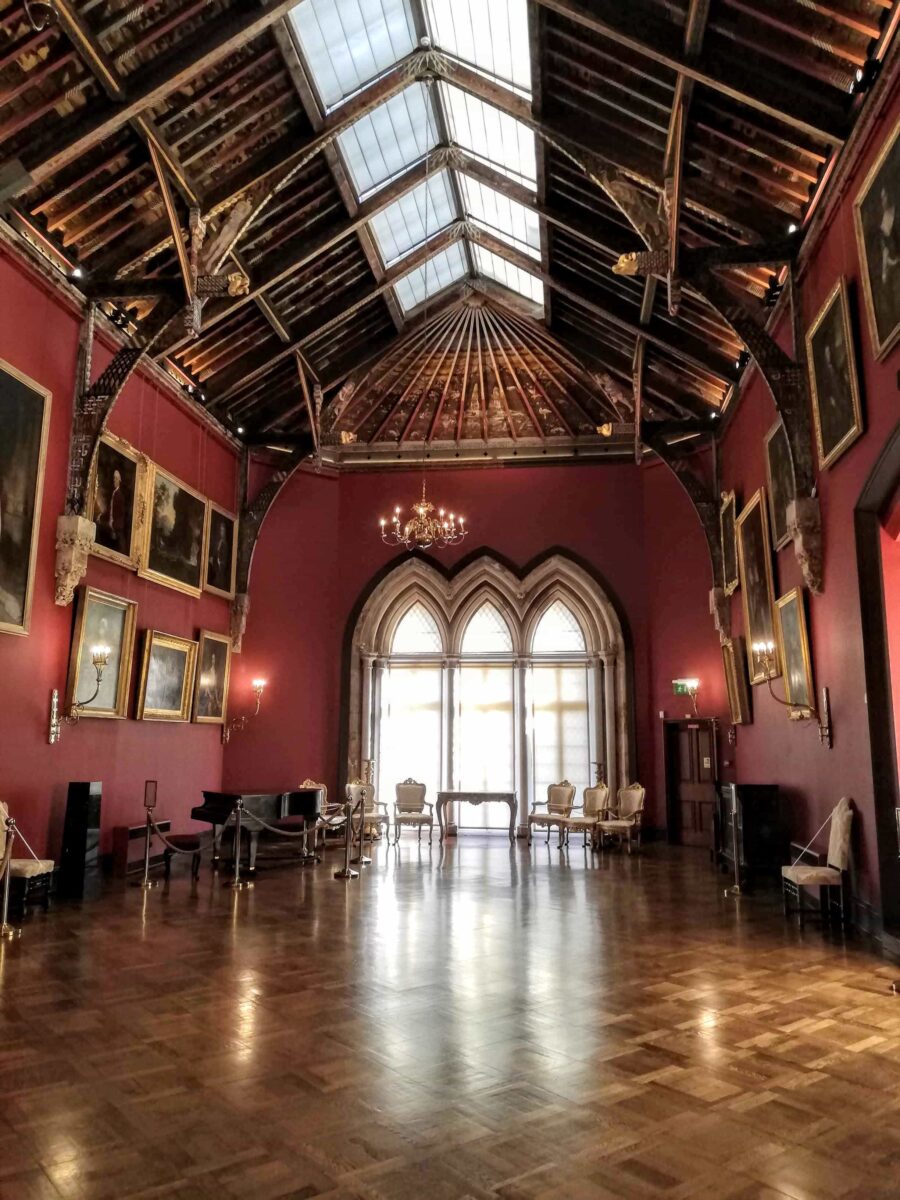 A lovely children’s room complete with toys, cots and furniture suitable for the children of the Castle. 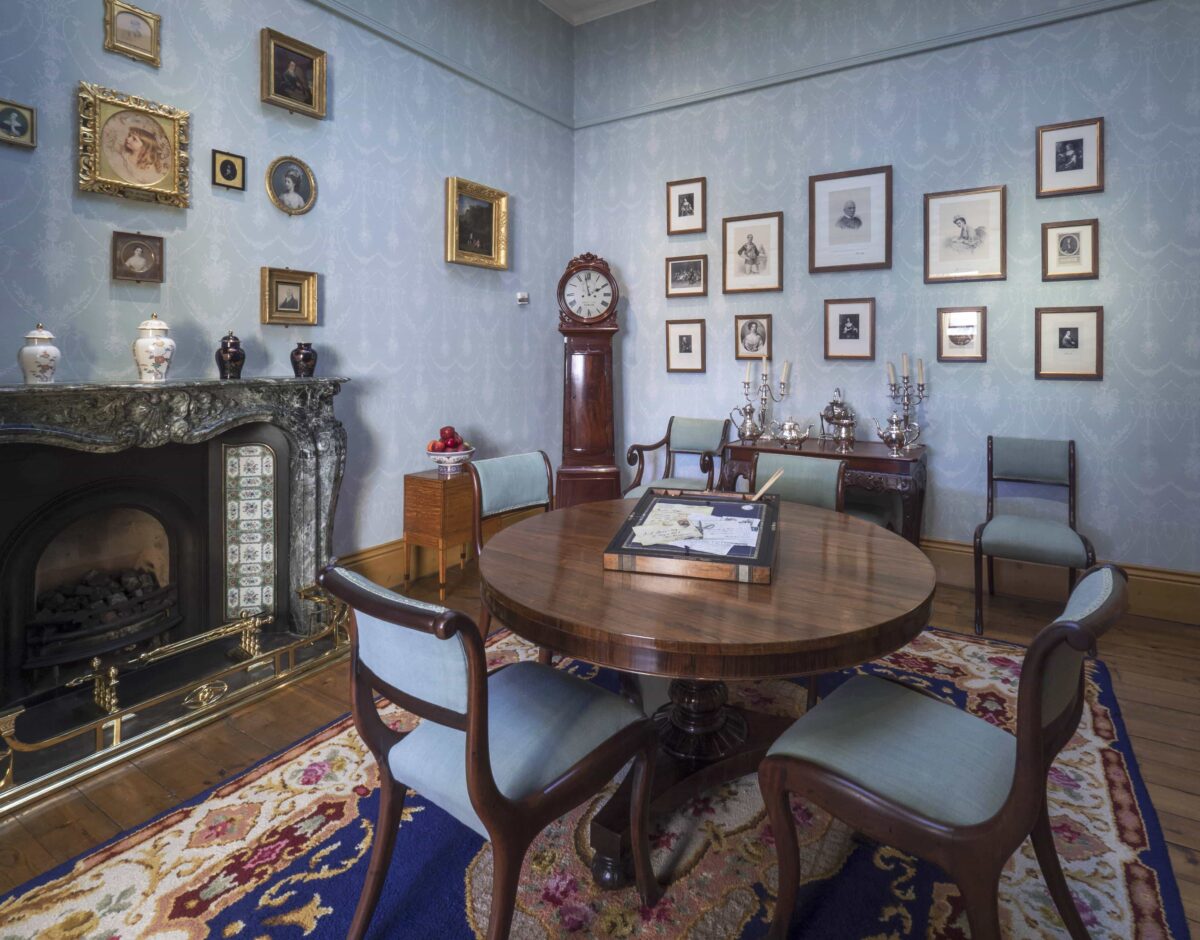 King Edward VII and Queen Alexandra slept in the Blue Bedroom when they visited in 1904. 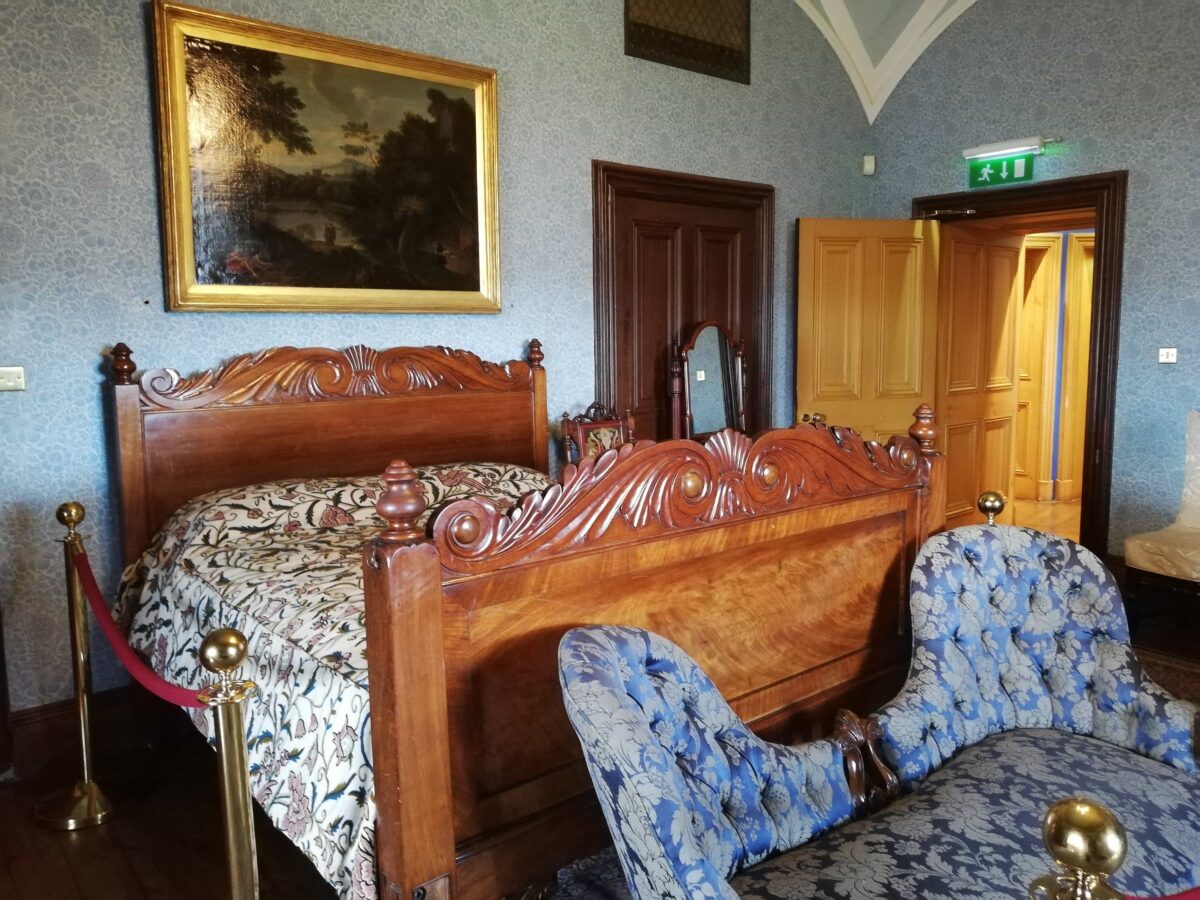 A slight departure from the usual architecture the Moorish staircase was designed to fit in an awkwardly shaped area. Beautifull carved it features various types of plant and animal details. 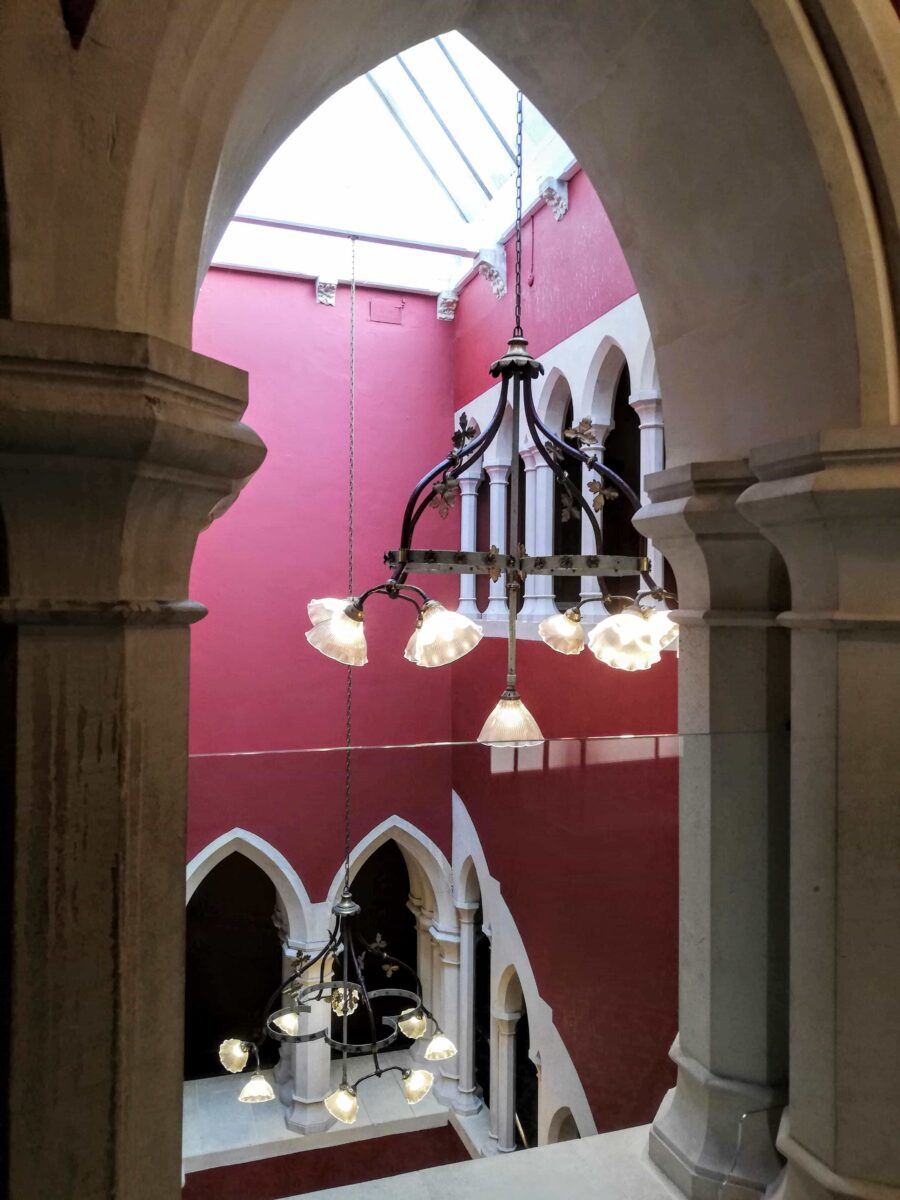 Across the road from the Castle, you will see the Kilkenny Design Centre. Here you will find some lovely shops filled with Irish crafts including pottery, glass and beautiful Irish wool items. The great thing about the Design Centre is that you will find items that you just won’t see anywhere else in Ireland. 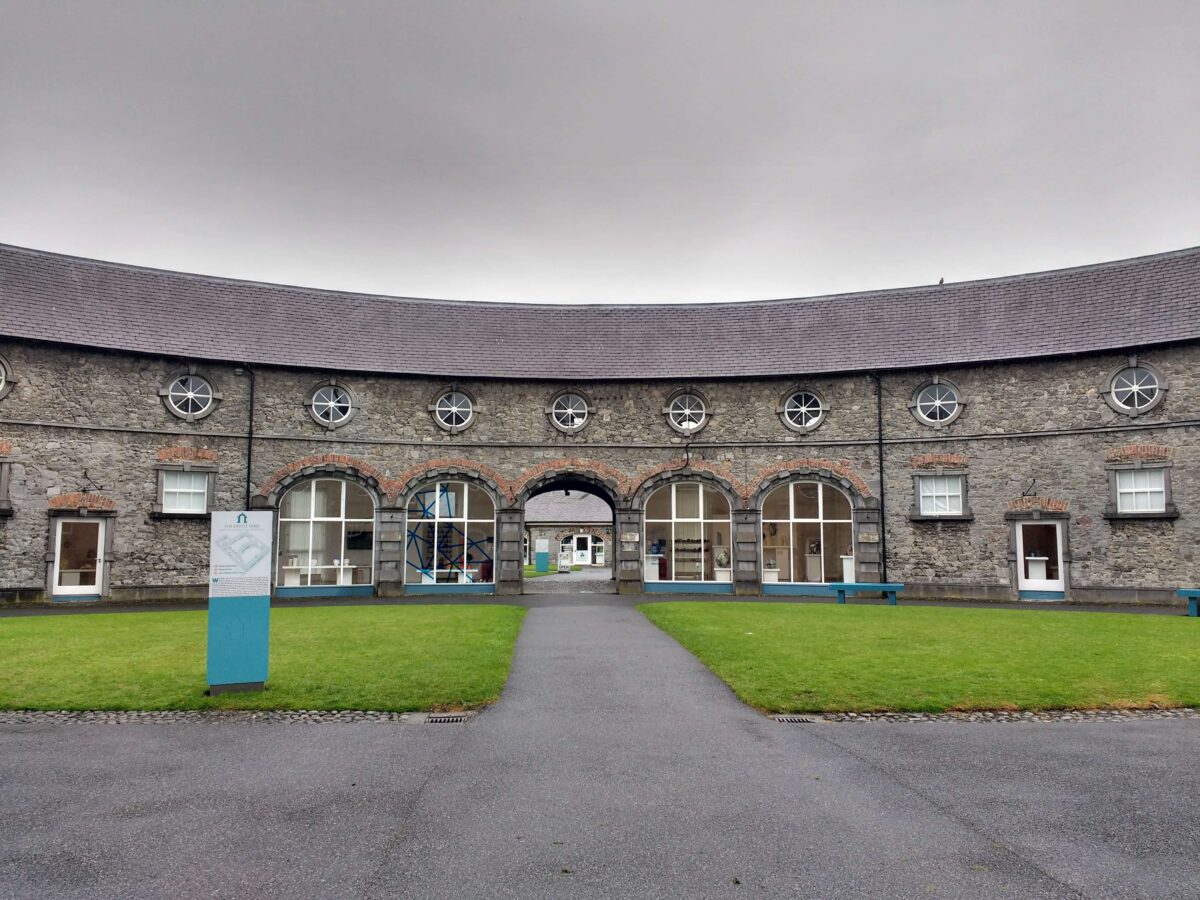 Within the Design Centre, you will also find the Foodhall featuring locally produced ingredients and baked goods this is a lovely location for a great cup of coffee and lunch.

If you are in the mood for some fine dining head to the Anoch Restaurant whose superb team will serve you a meal fit for a king within a casual dining experience and the views can’t be beaten.

Past the shops of the Kilkenny Design Centre and through the stable yard you’ll find the National Craft Gallery.  This is an area where Artisans from all mediums have small studios where you can watch them design, sculpt, weave, paint and create their work.

Where to stay when visiting Kilkenny

The 4 star Newpark Hotel rests on the edge of medieval Kilkenny city, a cultural gem of festivals and historical sites.
On over 40 acres of parkland, offering luxurious accommodation, a Health Club & Spa and fun-filled kids’ activities, this family-friendly hotel is the ideal base for exploring Kilkenny. 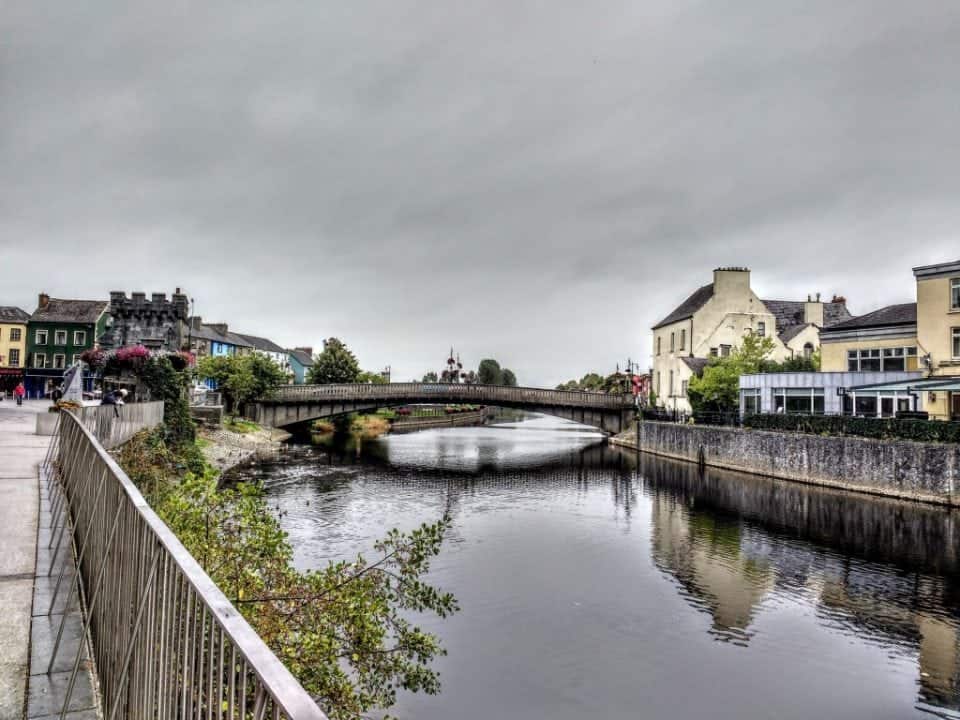 The Hibernian House  is a Georgian Guest House situated on Lower Patrick Street in the centre of Kilkenny’s cultural quarter and just a stone’s throw from the hustle and bustle of city life. Kilkenny Castle and Gardens is a 2-minute walk.  Attractions like The Smithwick’s Experience and the Medieval Mile are also within a short walking distance.

The Kilkenny ­Ormonde Hotel is a 4-star city centre Hotel, located right next to Kilkenny City landmarks such as the  Kilkenny Castle, the intriguing Medieval Mile Museum, St. Canice’s Cathedral with its Round Tower offering incredible views of the City.

For the more budget-minded traveller here are two great hostels to stay at from around €17 Euros a night.

MacGabhainns Backpackers Hostel is one of the top 10 hostels in Ireland and number 1 in Kilkenny. Located in the City Centre only minutes from the bus and train stations.  They are noted to have the best showers in the city and lots of freebies, such as free breakfast, parking, security lockers, internet access, Wi-Fi and even a free map of the city! Breakfast includes porridge, corn flakes, toast, butter, jam and tea or coffee. You can also have as much free tea and coffee as you want, all day long!

Lanigan’s Bar and Hostel is the best-located hostel in Kilkenny, safe, comfortable and clean for visitors on a budget. It is approved by the Irish Tourist Board and it is in the heart of Kilkenny City. All rooms are ensuite, and they have female-only rooms, there is an award-winning pub & restaurant attached for some great drinks and craic. Rates at Lanigan’s Hostel start from €16. 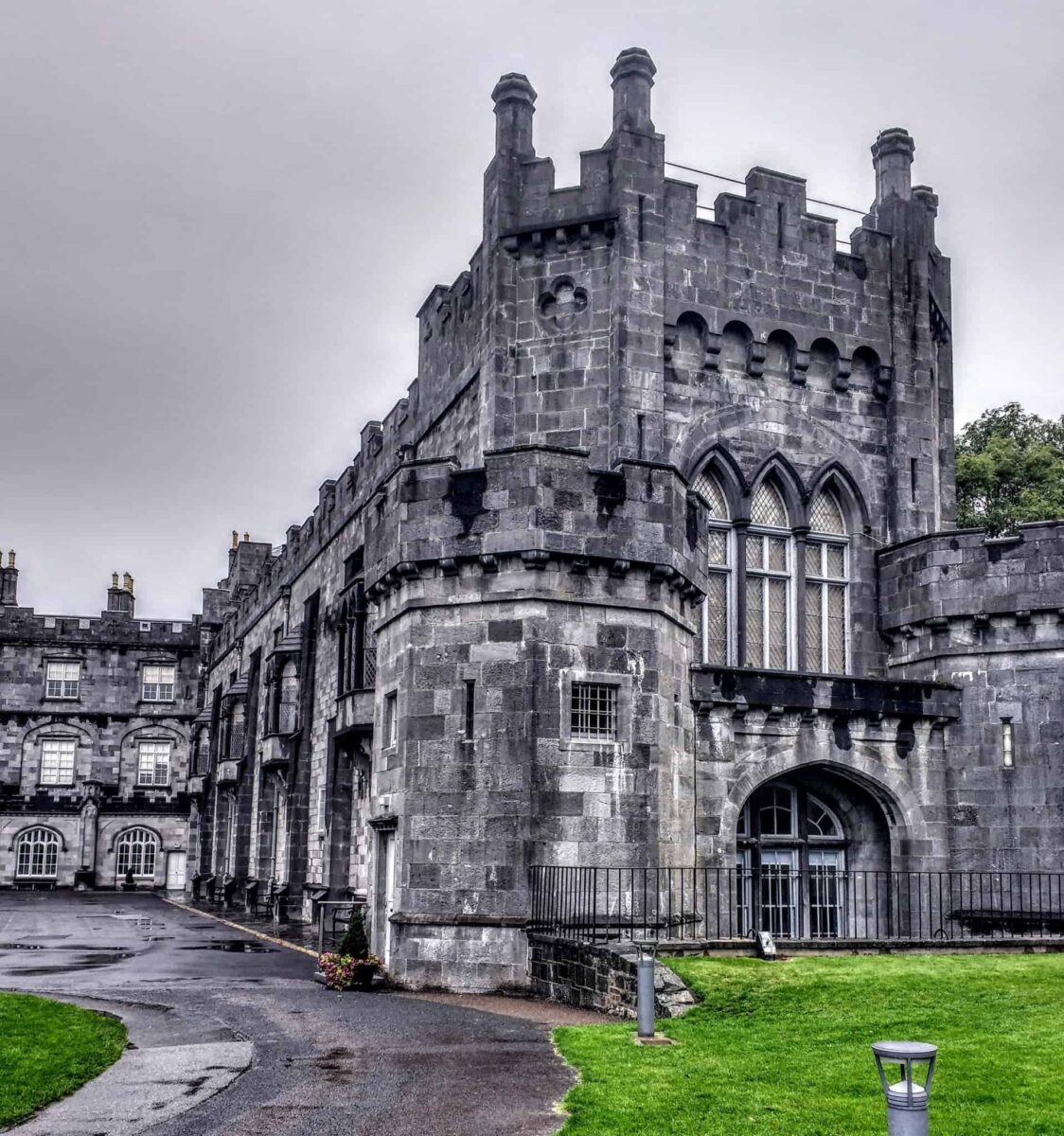 Visiting Kilkenny Castle will keep you busy for at least 2-3 hours if you include a stop at the Design Centre. If you are really lucky and head to the Castle on a Thursday you will spot the weekly farmer’s market held just outside the Castle. Here you can grab some fresh baked Irish scones or soda bread, a street food snack including tasty curries or pick up some fruit and veg to enjoy in your BnB.

Have you visited Kilkenny Castle? What was your favourite part? 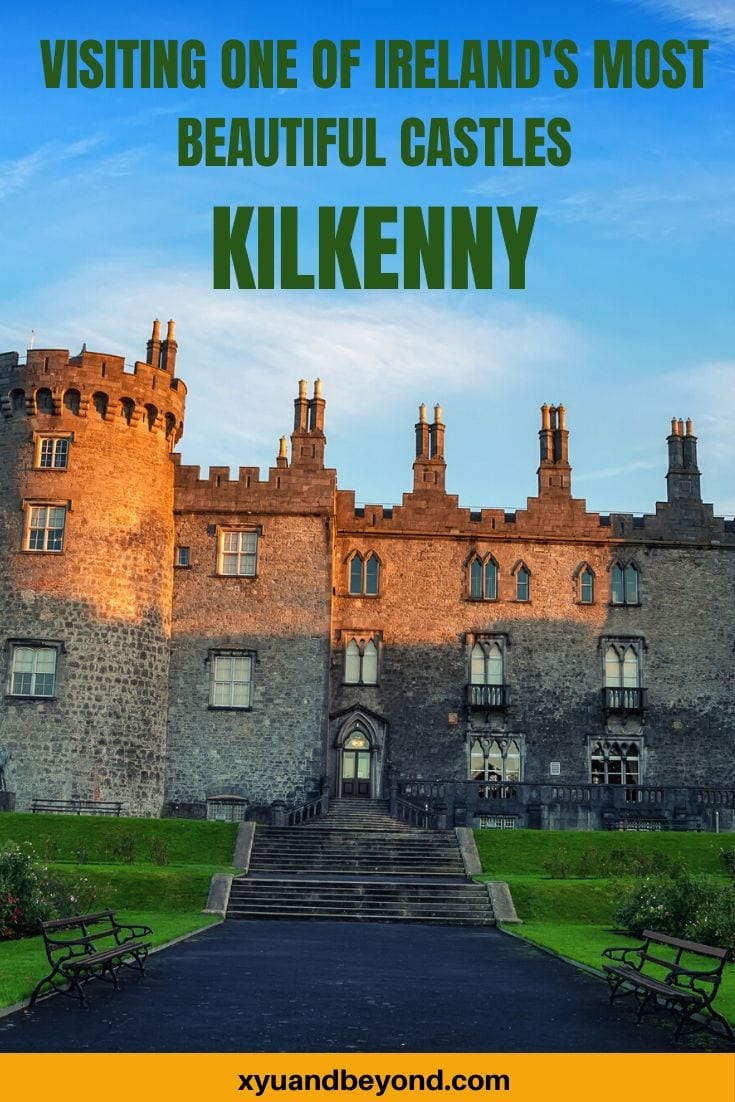