“tread softly, for you tread on my dreams”

Yeats was laid to rest in 1948 under the shadow of Ben Bulben Mountain in Drumcliffe, Cemetery County Sligo. An unassuming grave holds his remains in St. Columba’s Church. 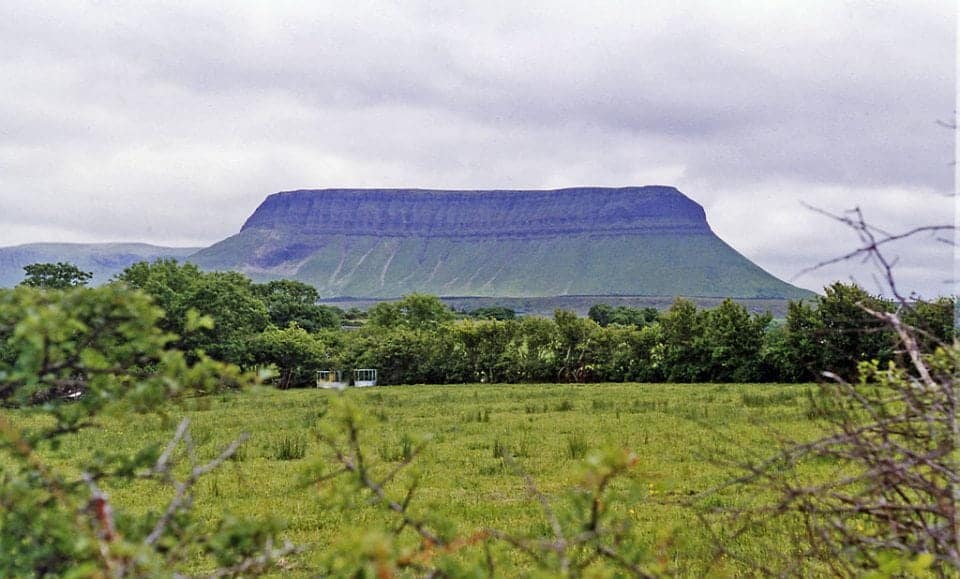 There is no cost to view the grave or to enter the church but donations are always welcomed.

Yeats wrote one of the most famous epitaphs of all time:

On life, on death

This is the epitaph that was placed on Yeat’s Grave at his request. 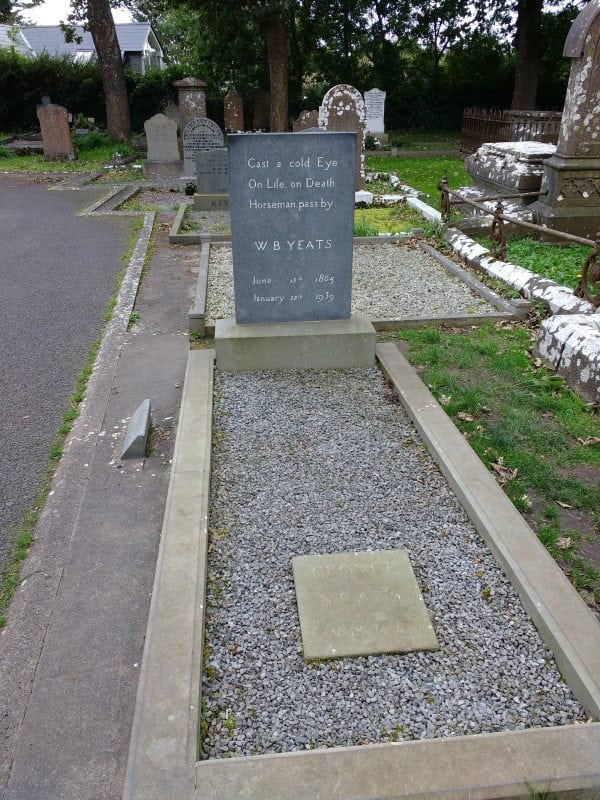 This Church and cemetery is a place of quiet beauty, the stunning mountains that surround the Churchyard and the outstanding natural beauty that is Sligo will haunt you forever. 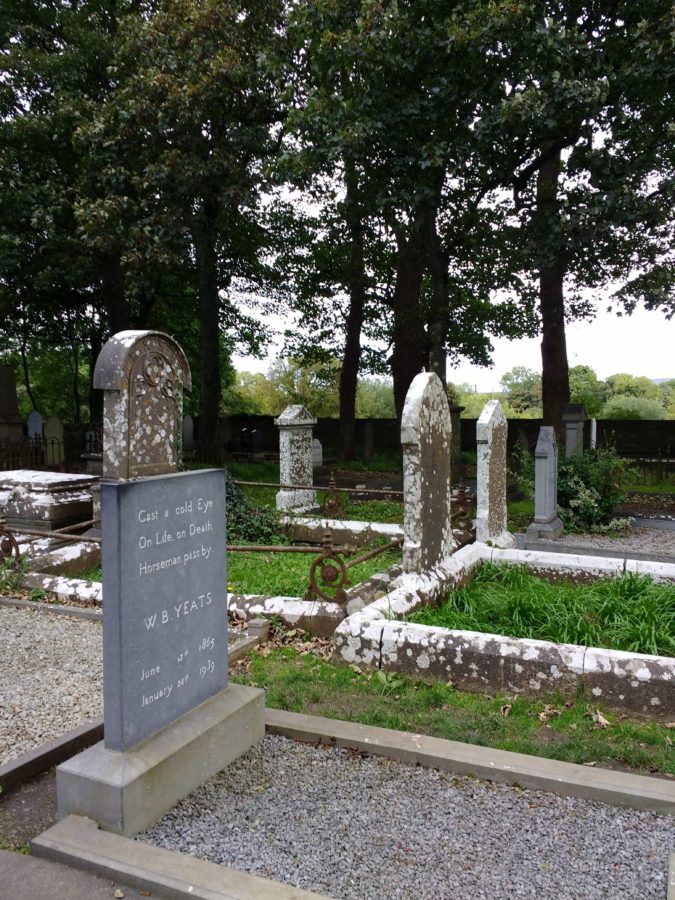 Yeats grave faces an unparalleled view of the mountains in their many colours, washed by sunshine and cloud.  The peace settles into your bones and you can hear Yeats poetry in your ears. Words cannot convey the silence, peace and beauty of this place.

The Church itself is connected to the Yeats family through his great-grandfather who was rector here in Drumcliffe. Yeats died in the South of France on 28 January 1939 and was buried at Roquebrune Cemetery. 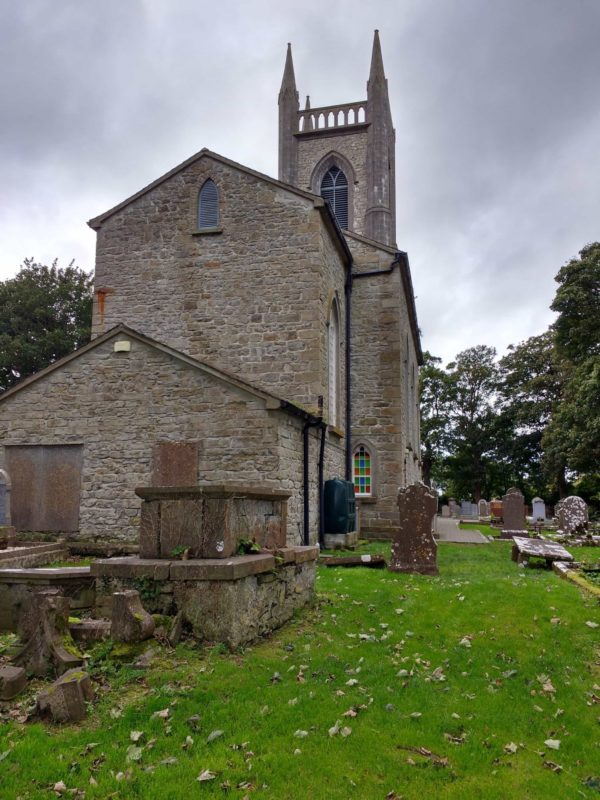 In 1948 his body was exhumed and brought back to Drumcliff. Yeats, who had strong family links to County Sligo, had asked to be reinterred in Drumcliff when press interest in his death had subsided. The poet instructed his wife:

“In a year’s time when the newspapers have forgotten me, dig me up and plant me in Sligo.” 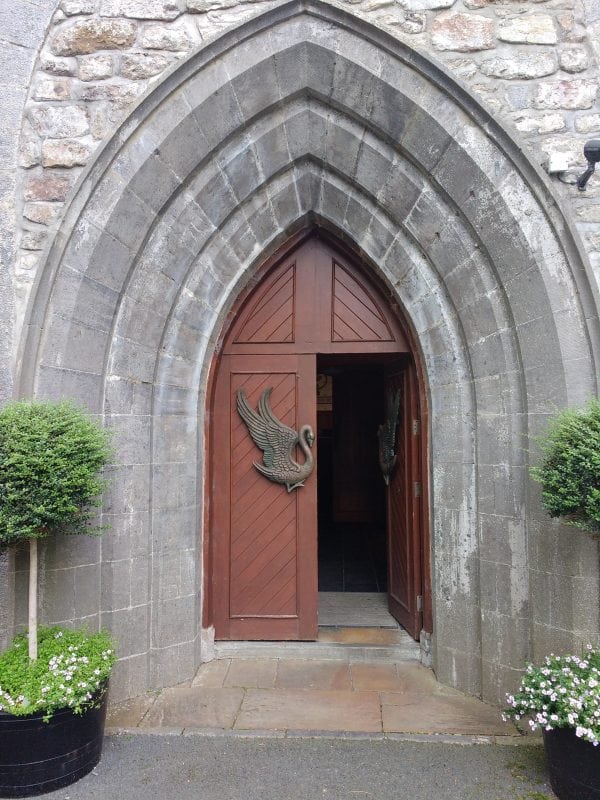 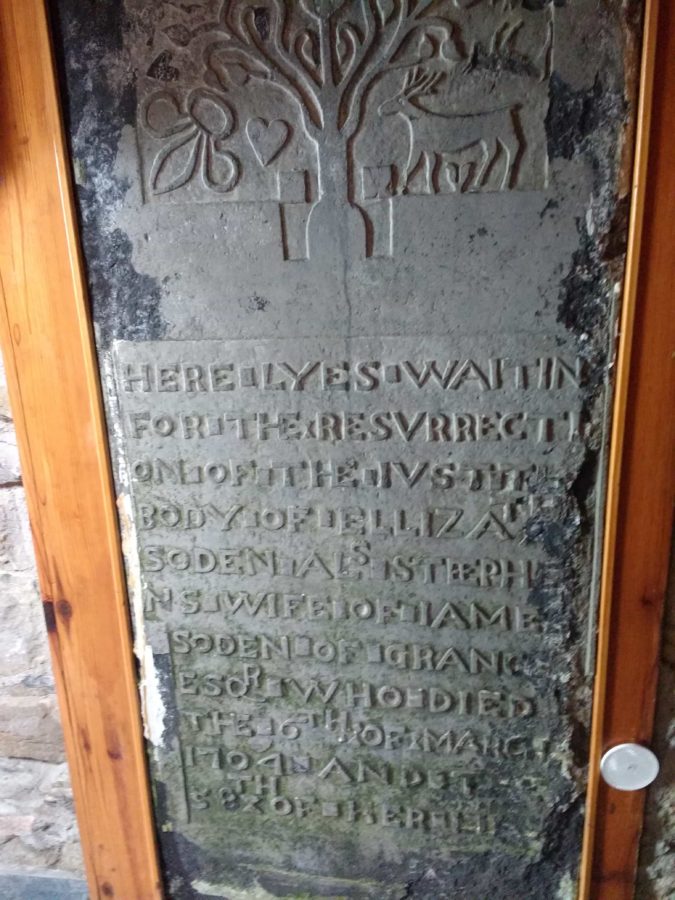 It has been an ongoing saga for many years with respect to Yeats bones that were supposedly sent to Ireland from France. However, it turns out that it was a bit of a conspiracy and that the bones resting in Yeats place are of a few French folks and Yeats’ bones have been lost over the years. You can read more about the controversy here.

As Yeats requested in his last poem – he was buried within sight of Ben Bulben.

Swear by what the Sages spoke

That the Witch of Atlas knew,

Spoke and set the cocks a-crow.

Swear by those horsemen, by those women,

That airs an immortality

Completeness of their passions won;

Now they ride the wintry dawn

Where Ben Bulben sets the scene.

Here’s the gist of what they mean.

Many times man lives and dies

Between his two eternities,

That of race and that of soul,

And ancient Ireland knew it all.

Whether man dies in his bed

Or the rifle knocks him dead,

A brief parting from those dear

Is the worst man has to fear.

Though grave-diggers’ toil is long,

Sharp their spades, their muscle strong,

They but thrust their buried men

Back in the human mind again.

You that Mitchel’s prayer have heard

Know that when all words are said

And a man is fighting mad,

Something drops from eyes long blind

He completes his partial mind,

For an instant stands at ease,

Laughs aloud, his heart at peace,

Even the wisest man grows tense

With some sort of violence

Before he can accomplish fate

Know his work or choose his mate.

Poet and sculptor do the work

Nor let the modish painter shirk

What his great forefathers did,

Bring the soul of man to God,

Make him fill the cradles right.

On the Sistine Chapel roof,

Till her bowels are in heat,

Proof that there’s a purpose set

Before the secret working mind:

On backgrounds for a God or Saint,

Gardens where a soul’s at ease;

Where everything that meets the eye

Flowers and grass and cloudless sky

Resemble forms that are, or seem

When sleepers wake and yet still dream,

And when it’s vanished still declare,

With only bed and bedstead there,

That Heavens had opened.

When that greater dream had gone

Calvert and Wilson, Blake and Claude

Prepared a rest for the people of God,

Palmer’s phrase, but after that

Confusion fell upon our thought.

Sing whatever is well made,

Scorn the sort now growing up

All out of shape from toe to top,

Their unremembering hearts and heads

Base-born products of base beds.

Sing the peasantry, and then

The holiness of monks, and after

Sing the lords and ladies gay

That were beaten into the clay

Cast your mind on other days

That we in coming days may be

In Drumcliff churchyard Yeats is laid,

An ancestor was rector there

Long years ago; a church stands near,

By the road an ancient Cross.

No marble, no conventional phrase,

On limestone quarried near the spot

By his command these words are cut:

On life, on death.

The area has been made more tourist-friendly with the addition of conveniences like a tea room and washroom facilities.  There is also a small store where you can purchase Yeat’s books and memorabilia.

Need some help planning your trip to Ireland? It’s all here everything you need to know about visiting this beautiful country. 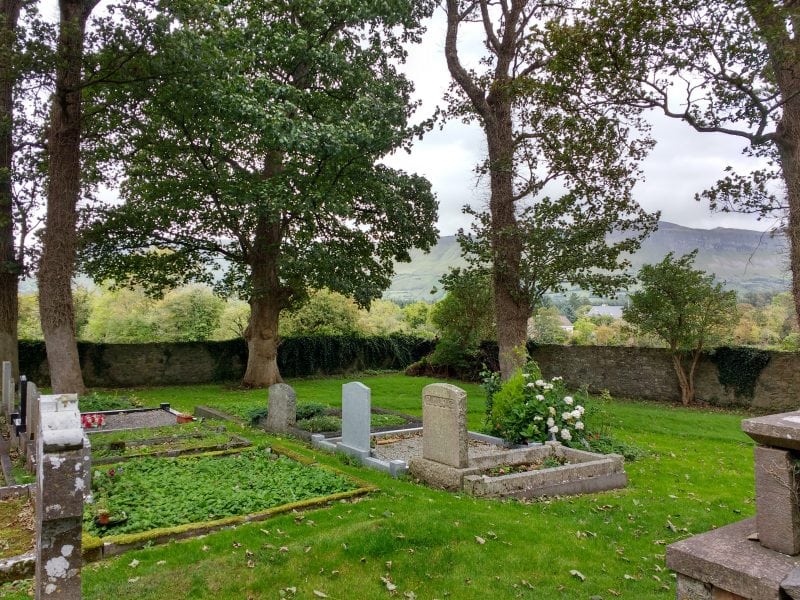 The Sligo route is also a major stop on the Wild Atlantic Way if you are really interested in touring the WAW there are plenty of things to choose from, the Cliffs of Moher and the Burren, Donegal, or how about going on a mission to find Puffins?

Sensational Sligo – things to do and see in Sligo

If you are looking to see more of Ireland from outside Dublin in Ireland’s Wild Atlantic Way here are a few articles for you to check out.

Looking for something a little different? Did you know that Ireland’s WAW has some of the best beaches in the country and surfing these beaches is a great pastime.