This beautiful Lough Eske Castle Hotel was a total ruin over 10 years ago when we first toured the Wild Atlantic Way.

We visited Lough Eske Hotel (in Donegal, Ireland) over 10 years ago when it was a beautiful ruin and before it was a hotel.  Our friends who live in Donegal took us for a walk one day through the forest to see the castle. On our way up the forested path was a tiny graveyard with a massive Celtic cross in the centre. 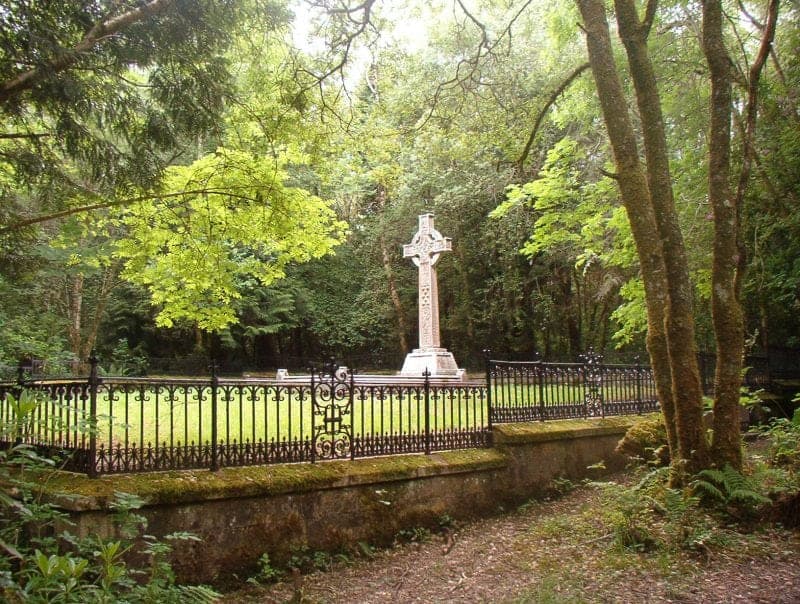 The graveyard is surrounded by a wall and railings with double gates at the entrance that each has a plaque on them.  One of them has the symbol of a pelican, which stands for mortality.  The inscription says “Beware in Time”.  The second has the inscription “Virtus Semper Vincit” which translates to Virtue Always Conquers.  General George White who is buried here purchased the residence back in 1884.  He loved the area so much that he asked to be buried here close to the lake. 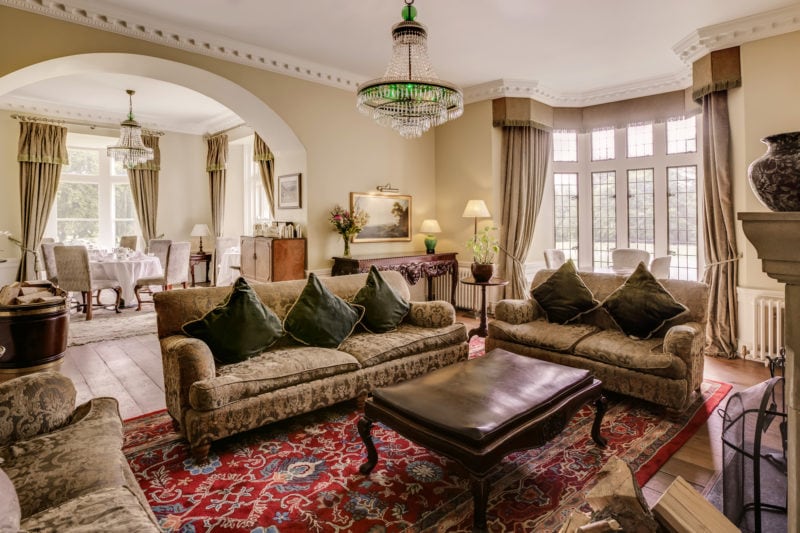 Our friend Hugh tells us that when he was a kid he and a group of other boys would attempt to open the grave to see if there was a treasure as it was rumoured that the General buried there had been interred with his weapons and swords.  Hugh also tells stories of belonging to the Boy Scouts and camping up near the Castle where many a great ghost story frightened the lives out of the boys. 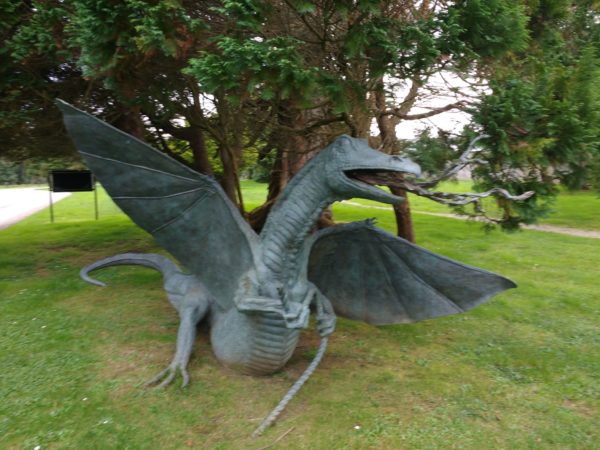 Lough Eske Castle traces its roots all the way back to the late 1400s and the famous O’Donnell family that founded the nearby town of Donegal. You could feel the quiet peace of the forest and the gentle sound of the wind blowing in the trees was instantly relaxing.  Walking further up the path the castle came into view and it felt like stepping back in time. 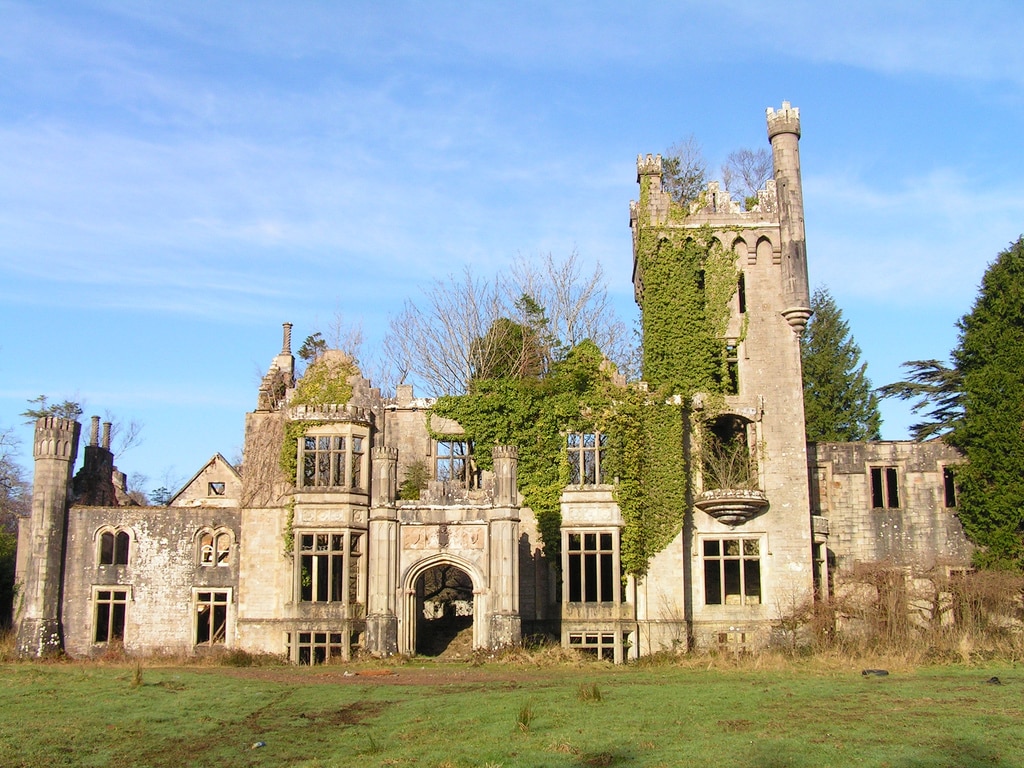 This grey stone ruin was majestic, and as we looked up the walls to the tower we got a sense of the original grandeur.  You could cast your mind back to when it was whole and feel like you were in a Downton Abbey scene. 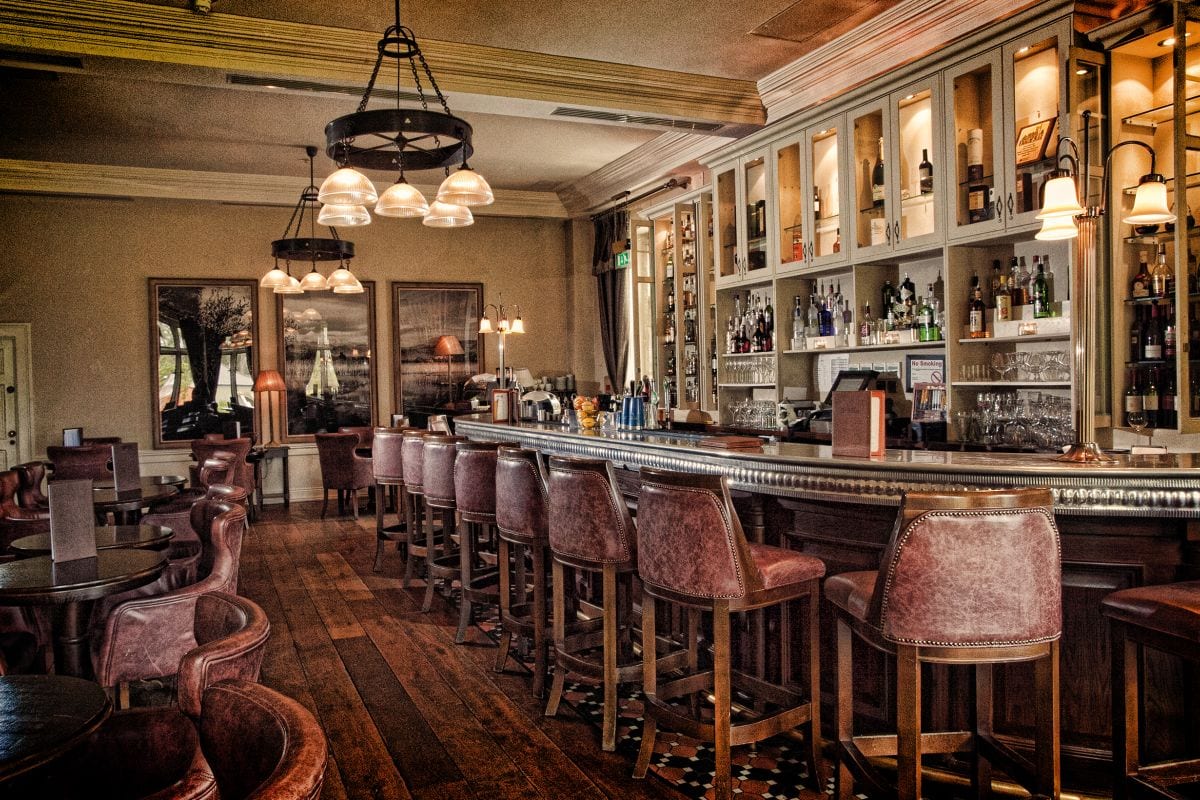 Trees were growing in the middle of the castle and in the original doorway, the crumbling steps led to the interior of the building.  The sun shone through the windows with the glass long gone and set your imagination on fire.  Huge rhododendron trees grew all over the front grounds, beautiful ancient oaks and elm rustled gently and wildflowers littered the lawns. Close your eyes and you could see the endless possibilities that a good restoration could bring. 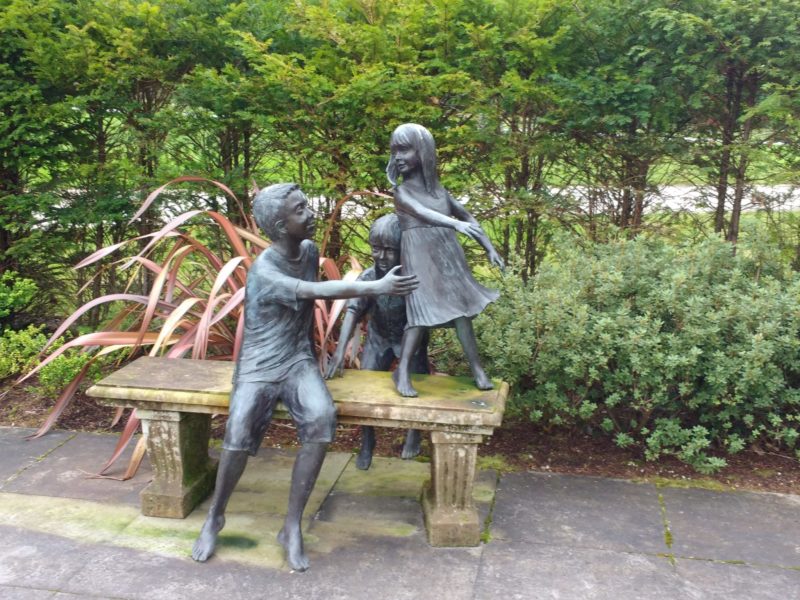 The original castle was first built around 1474. A date stone of 1621 remains on the property to this day. The next owners were the Knee’s family and they operated the estate as a hotel from 1930 to 1939.  The story is told that in 1939 a great fire caused by a candle caused a conflagration that could not be extinguished.  The ballroom and billiards room was totally destroyed and much of that wing of the castle could not be saved. 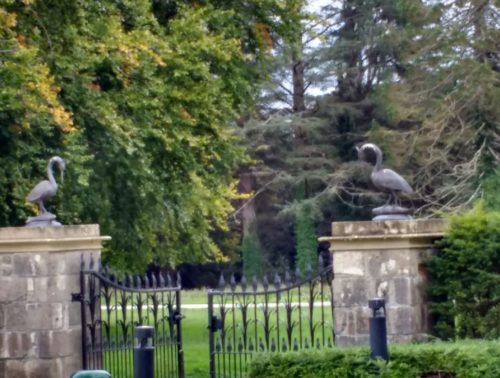 Lough Eske castle then became the property of a Mr Swan who sold it to an American but in the early 1980s, the castle and estate were taken over by Coilte Teo a state body who wanted to develop commercial forestry in the area. With little interest in the castle itself, the property fell into almost complete dereliction.  West Paces Hotel Group purchased the property in 2007 and spent millions renovating and restoring this beautiful house which is now known as the Solis Lough Eske Hotel. 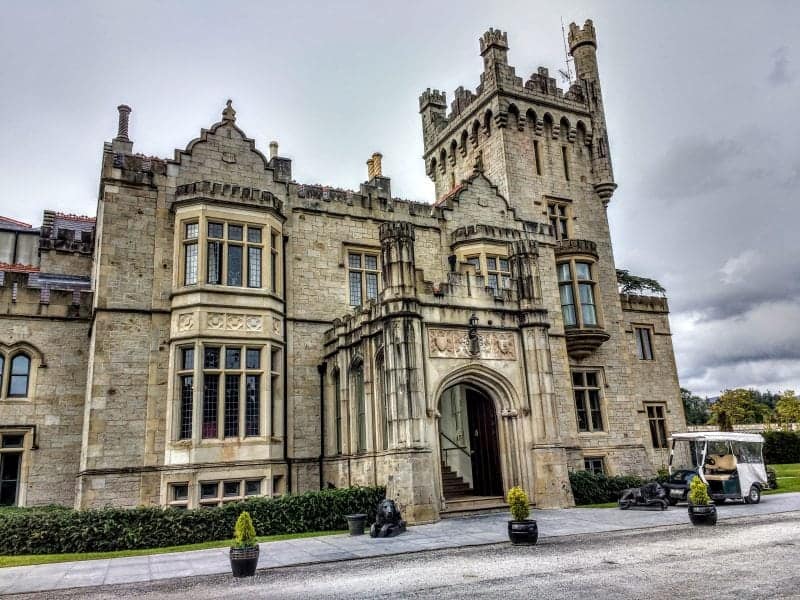 Planning a trip to Ireland? Here’s all you need to know

Today the Lough Eske Castle nestles in a 43-acre estate along the Wild Atlantic Way the estate contains a Hotel and Spa that allows you to escape into elegant luxury with 96 guest rooms, and suites, a spa, indoor heated swimming pool, a fitness centre and hosts many special events and weddings throughout the season. Lough Eske Castle is a luxury dream come true. 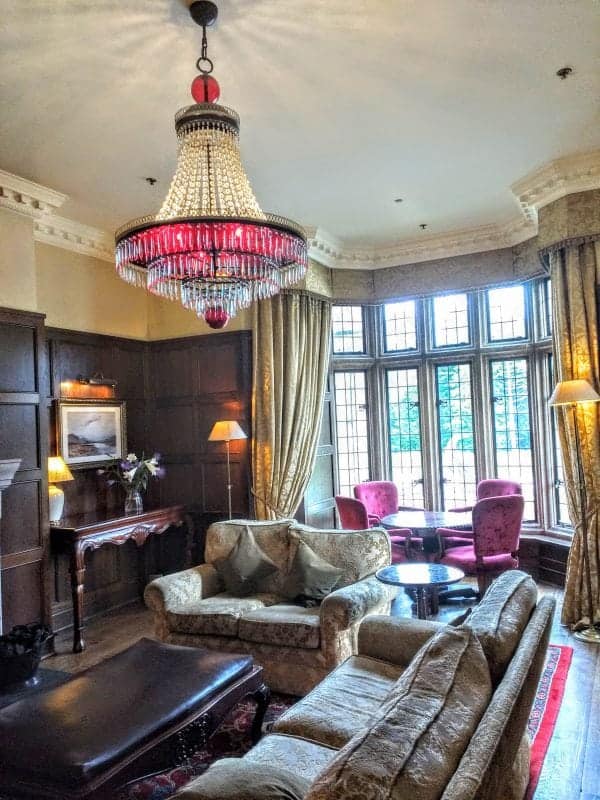 You can book at the Solis Lough Eske Castle Hotel through Booking com here Booking.com

The spacious grounds with their sculptures and fountains, the elegant relaxing spa and top-rated cuisine in the restaurant and bar. The average cost of a room at the Castle is around €350 per night which includes breakfast and full use of the fitness centre but you can find some very nice packages which will include everything from meals to luxurious pampering at the Spa.  This 5-star hotel is a treat for the senses and the soul.

How do I rent a  car in Ireland? – Answers to all your questions about renting a car to travel around Ireland are here.

Planning your first visit to Ireland? Here is everything you need to know