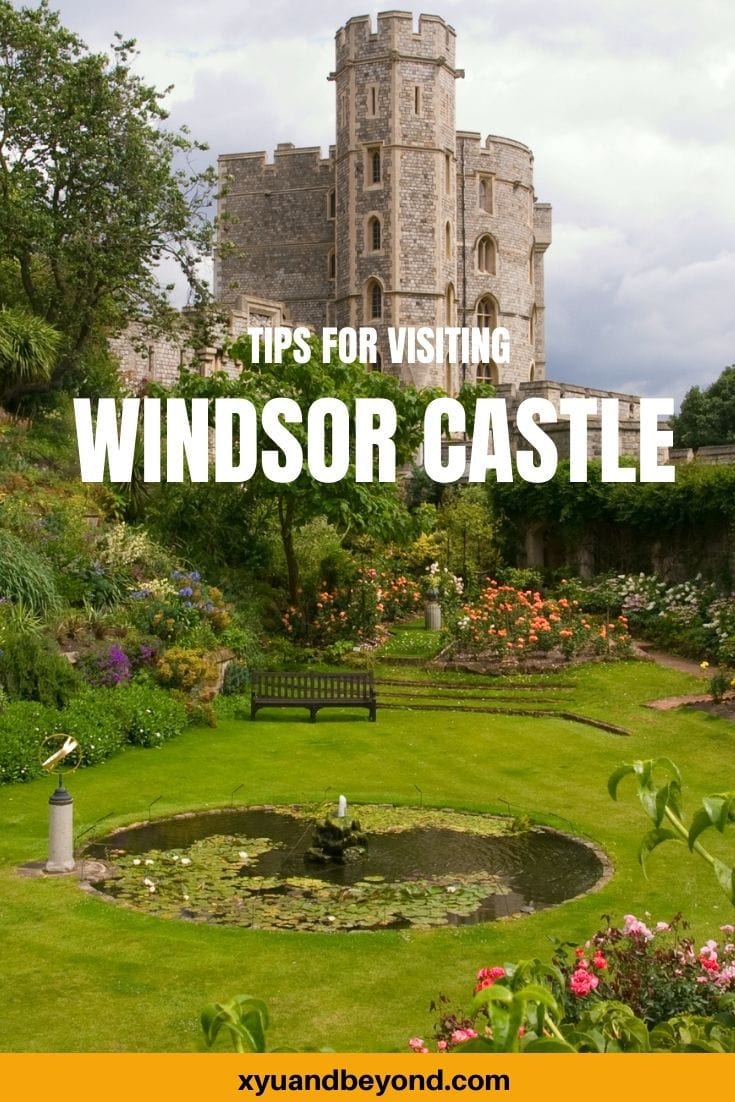 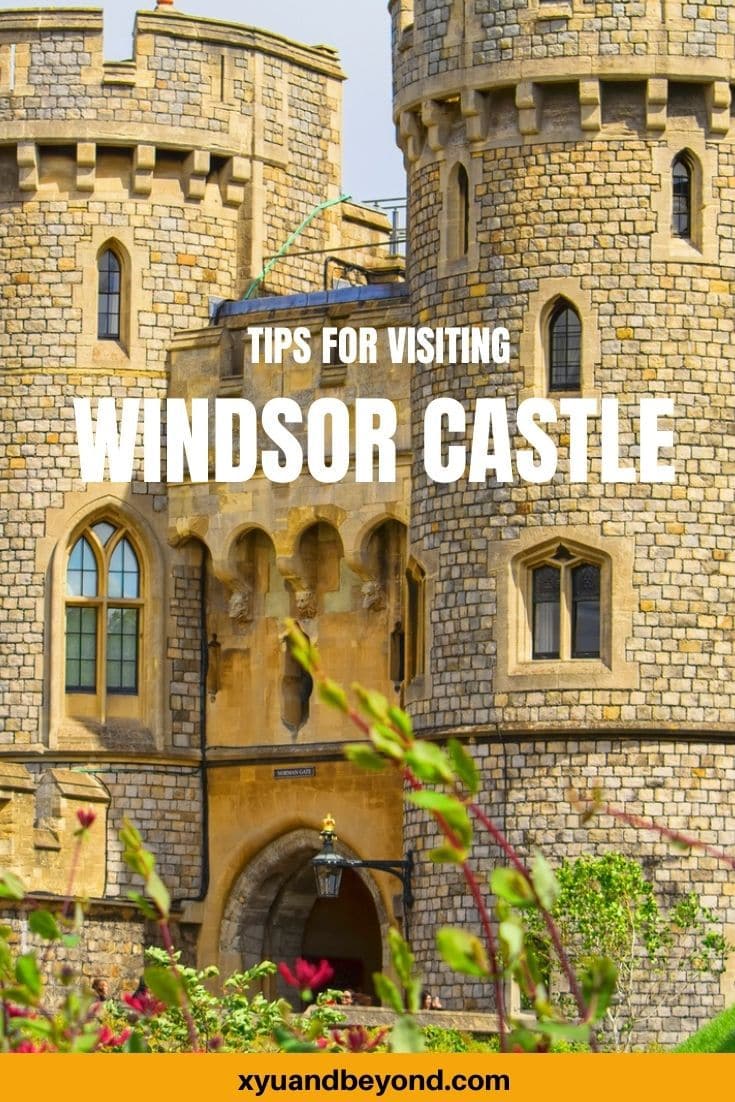 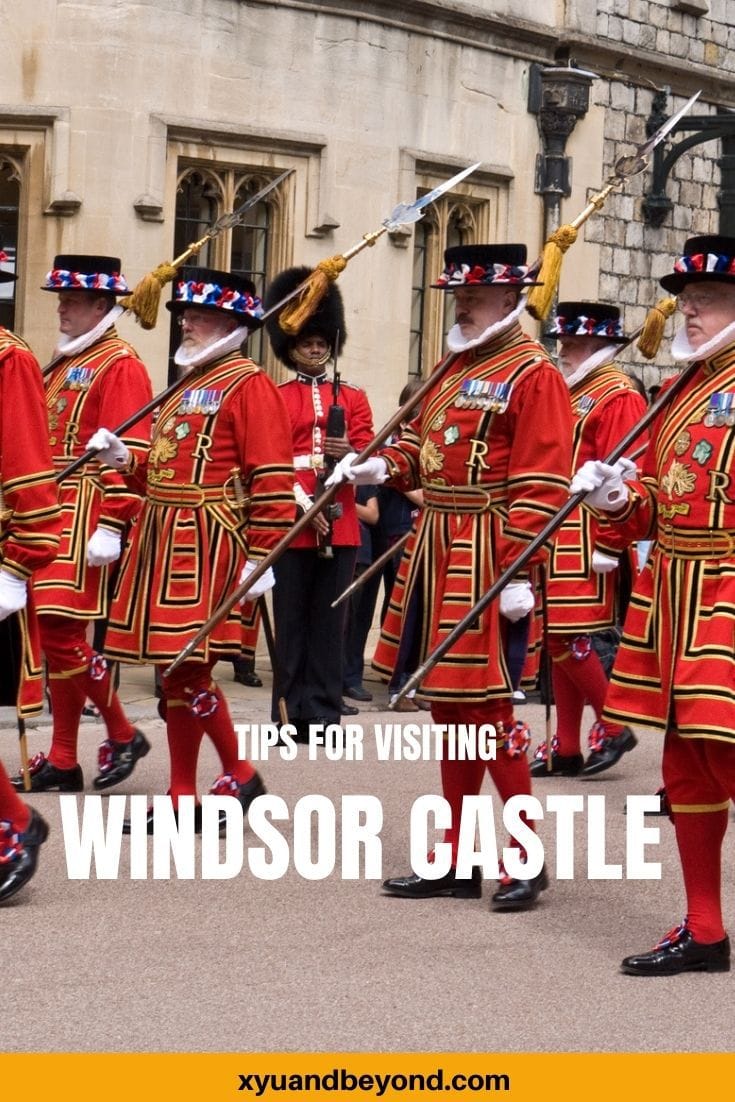 Windsor Castle seems to be on every tourist’s bucket list when they visit England. Since Windsor Castle is located in Berkshire we were very lucky to be housesitting in the area which made our visit quite easy. Visiting Windsor castle also makes the perfect day trip from London.

As you can see from this website I do love a castle whether it be a ruined one like Kenilworth, a Disney-style castle such as Warwick or one of the many haunted castles in Ireland. If there’s a castle around I’m there.

Windsor Castle is the oldest and largest inhabited castle in the entire world and has been around for over 1000 years.

Home to royalty and 1,000 years of royal history. Windsor Castle is the oldest and largest occupied castle in the world. It is open to visitors throughout the year. The income from your ticket contributes directly to The Royal Collection Trust, a registered charity. The aims of The Royal Collection Trust are the care and conservation of the Royal Collection, and the promotion of access and enjoyment through exhibitions, publications, loans and educational activities

Windsor Castle is open to the public five days a week, remaining closed on Tuesdays and Wednesdays. Tickets must be booked in advance.

Windsor Castle is the oldest and largest occupied castle in the world. It is open to visitors throughout the year.

Founded by William the Conqueror in the 11th century, it has since been the home of 39 monarchs. This was Her Majesty Queen Elizabeth’s favourite place to spend time and if she wasn’t in Buckingham Palace or Scotland she was here.

Windsor Castle (the original) was built by William the Conqueror who started the castle in 1070 and it took 16 years to complete.

The Kings and Queens of Windsor Castle

By 1110, Henry I had moved into the castle but it was his grandson Henry II who changed the Castle into a true Palace in the 12th century. Henry II built two sets of royal apartments within the fortified enclosure and a smaller private residence on the north side of the upper ward. He also replaced the timber walls with stone and rebuilt the Norman keep in 1177.

When he inherited Windsor Castle Henry III completely rebuilt Henry II’s buildings in the Lower Ward and added a large new chapel, all-around a courtyard with a cloister. He further improved the private apartments in the Upper Ward and completed the circuit of stone walls around the Lower Ward.

In the 1350’s it was Edward III who turned Windsor from a military fortification into a gothic palace. He spent £50,000 in the process, more than any other medieval English king spent on a single building. By the time Edward III died the work was still unfinished and it carried on for a further 6 years until Richard II.

Windsor Castle was one of Henry VIII’s most important residences. The principal entrance is the archway bearing his name, which was reconstructed around 1511. This is the gateway through which visitors exit the Castle. The King was frequently at Windsor and enjoyed hunting in the surrounding forests.

When Elizabeth I took up residence at Windsor, many parts of the Castle were badly in need of repair. An extensive programme of improvements was undertaken throughout the 1570s. Elizabeth also built a long gallery overlooking the North Terrace. This gallery was incorporated into the Royal Library during the 19th century.

Charles II modernised the royal apartments, which by 1684 became the grandest baroque State Apartments in England. The rich appearance of the new interiors was heightened by expensive textiles and magnificent tapestries.

The apartments created by Charles II survived virtually unchanged until the end of the 18th century when George III gave several of the rooms on the north side of the Quadrangle a neoclassical dressing. It was King George III who started the transformation of Windsor Castle into a gothic Palace.

King George IV continued with the transformation of the Castle and he had the Round Tower raised and the entire exterior clad in the heavy masonry we see today.

George added the Grand Corridor a168-metre gallery, to the Upper Ward, the State Apartments on the north side were given a new grand entrance and staircase, and two large new spaces were created – the Waterloo Chamber, celebrating the defeat of Napoleon Bonaparte in 1815, and the extended St George’s Hall.

When Queen Victoria inherited the throne not much new was added to Windsor Castle but she did have a private chapel created at the eastern end of St George’s Hall, and the Grand Staircase was reconstructed. The Royal Mews and riding school, south of the Castle, were completed in the 1840s.

The fire at Windsor Castle

On 20 November 1992 Windsor – which was the Queen’s beloved residence and home to the British monarchy for nearly 1,000 years burst into flames destroying nine rooms, injuring one and risking priceless artworks. Prince Edward was a resident at Windsor at the time and he recalls the “shock and horror” of seeing his home go up in flames. The fire apparently started when a spotlight caused a curtain to go up in flames.

It caused an estimated £37 million of damage and took months to restore the palace, in particular, the St George chapel, to its former glory.

There are a lot of things to see and do during your Windsor Castle visit. In the State Apartments, you can explore the ceremonial rooms that are used today by The Queen and members of the Royal Family and you’ll discover historical rooms that were built for Charles II and his Queen, Catherine of Braganza.

On paying your admission you pass through airline-style security where bags are put through an x-ray machine and you empty your pockets and pass through a detector door. Once through the security, you pick up your audio phone at the kiosk opposite. The exit is from the main Windsor Castle-Henry VII Gate, not the entrance with the ticket desks.

There is an information desk, toilets and a gift shop here too, by the audio kiosk is a sign that details the times of the guided tours that day. It is from here that these tours start.

Windsor Castle is fully accessible. It is situated at the top of a steep hill, and long distances have to be covered on-site. You can get a reduced entry rate if you have a disability and a companion is admitted free of charge. A British Sign Language multimedia tour and an accessible café are available. A number of Wardens are Dementia Friends.

The Precincts tour at Windsor Castle

The Precincts tour is a 30-minute tour of the Castle grounds which is included in your entry ticket. These tours are led by the Wardens and leave from the Jubilee Bandstand. The tour starts at the entrance to the State Apartments and the tour times are advertised on a poster next to the entry building.

Pick up a free audio guide for a tour introduced by King Charles. The commentary guides you then throughout the castle. There’s also a family multimedia tour for the little ones, and guides for blind and partially sighted visitors.

Changing of the Guard at Windsor Castle

The Changing the Guard is British pageantry at its best but it is also a very important military exercise. This allows the handing over of duties between the groups of guards which has been carried out since 1660.

The ceremony can be watched by Castle visitors on Thursdays and Saturdays. The guards arrive at the Castle just before 11:00, but the schedule can change, check the British Army website for details. The guards march through Windsor town into the Castle, where the guard change takes place but to watch the full ceremony you must have a ticket to the Castle.

Admire the intricate Gothic architecture of St George’s Chapel, where the wedding of the Duke and Duchess of Sussex (Harry and Meghan) took place. Inside the chapel lie the tombs of 10 monarchs, including Charles I, Henry VIII and his third wife Jane Seymour.  This spectacular Chapel is the home of the Order of the Garter, the senior order of British Chivalry established in 1348 by Edward III.

St George’s Chapel is one of the finest examples of Gothic architecture in England. Construction of the Chapel began in 1475 under the reign of Edward IV. When visiting make sure you look up and admire the stone ceiling, which was added by Henry VII.

The State Apartments are used today by The Queen and members of the Royal Family. In these rooms The Queen hosts official visits by Heads of State from other countries, investitures, and awards ceremonies.

The Grand Reception Room is simply stunning with incredible chandeliers and gold gilding everywhere. These rooms were built by Charles II who wanted to outdo Versailles.

Because these rooms are often used for official entertaining they are only open between September and March. The Semi-State Rooms were commissioned by King George IV and were his private apartments. The furnishing and decorative objects were taken from Carlton House his former London residence.

During WWII the portraits that lined the walls of the Waterloo Chamber were removed for safekeeping. To make the space more festive 16 pantomime paintings were commissioned.

Claude Whatham a teenager who was evacuated to Windsor and was an art student created the characters of Cinderella, Peter Pan and Puss in Boots on rolls of wallpaper. After the war, the portraits by Sir Thomas Lawrence were returned to the Waterloo Chamber, and the pantomime pictures remained hidden beneath them. They have been revealed just once since the war, following the fire of 1992.

Every little girl’s fantasy – well in my case – a big girl’s dream Queen Mary’s Dolls’ House was built between 1921 and 1924 for Queen Mary, wife of George V.

From the depiction of life below stairs to the regal setting of the saloon and dining room, a library bursting with original works a fully stocked wine cellar and a garden, created by Gertrude Jekyll, no detail was forgotten. The house even includes electricity, running hot and cold water and working lifts.

A timeline illustrated with reigning monarchs along the length of the room provides context for the history of Windsor Castle.

Visiting Windsor Castle should be on your bucket list and it’s just a short day trip from London s make sure you add it to your visit.

22 of the Best cities to visit in England

59 Traditional British Foods – from the sublime to the WTF

20 Magnificient Cathedrals in England to see