In the Yucatan, we often saw the women and girls dressed in beautiful Mexican embroidered dresses or huipiles as they are known there. These traditional Mexican dresses for women are usually white and colourfully embroidered with glorious flowers, vines and greenery on them and they are known as Huipiles or hipiles (pronounced wee-peel). 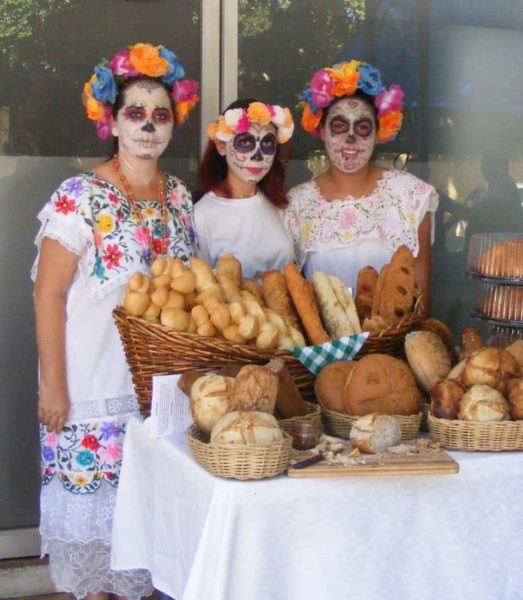 These intricately embroidered Mexican dresses for girls and women evolved from traditional Mayan garments that in the pre-Hispanic era were known as “kub”.  The word Huipile has evolved from a Nahuatl word to denote a loose-fitting top or blouse made from two or three pieces of rectangular shaped fabric which are joined together with ribbons, fabric inserts or simply stitched.  There is an opening for the head and arms and they can be simply or elaborately decorated. 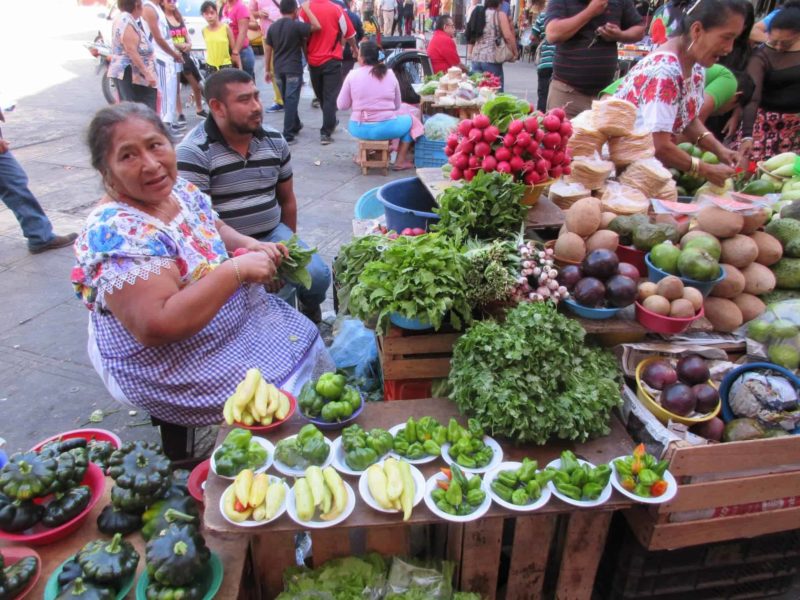 Traditional Mexican huipiles are usually made with fabric woven on a backstrap loom and are heavily decorated with designs woven into the fabric, embroidery, ribbons, lace and more. The length of the huipile will vary from a short waist-length garment to a tunic that reaches the floor. 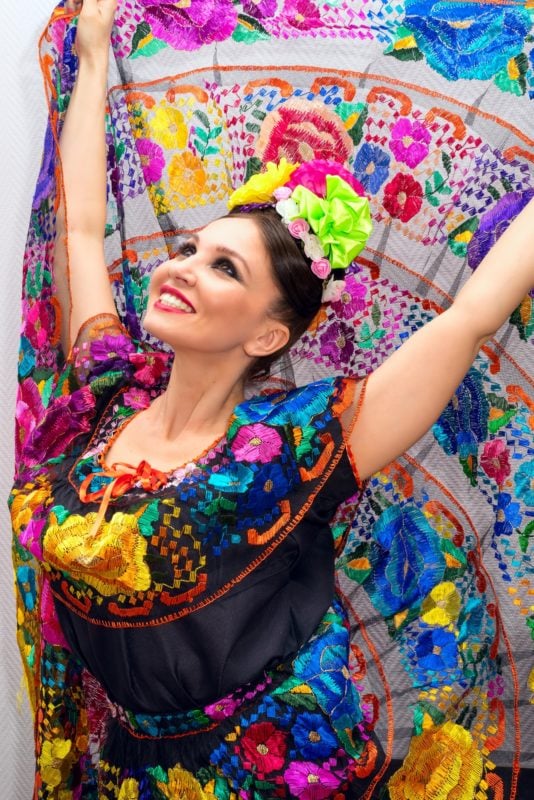 According to historians, Mayans were embroidering with maguey thorns, or with thin feathers, as their needles. Yucatecan embroideries date from pre-Hispanic times, as proven by the discovery of pieces of embroidered garments at the bottom of Chichen-Itza’s sacred well. 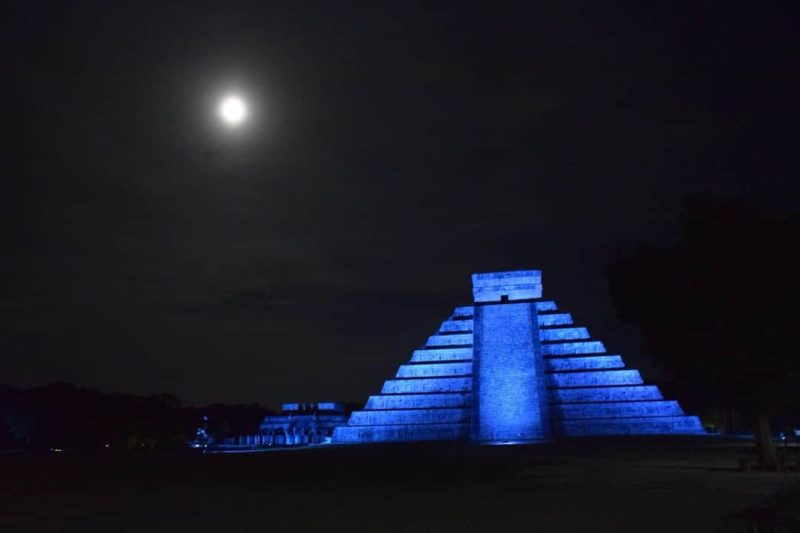 These embroideries were made using the “chuy cab” or satin-stitch technique.  Several types of embroidery are used and the most beautiful and labour intensive is the “xocbichuy” or cross-stitch, which is done by hand. 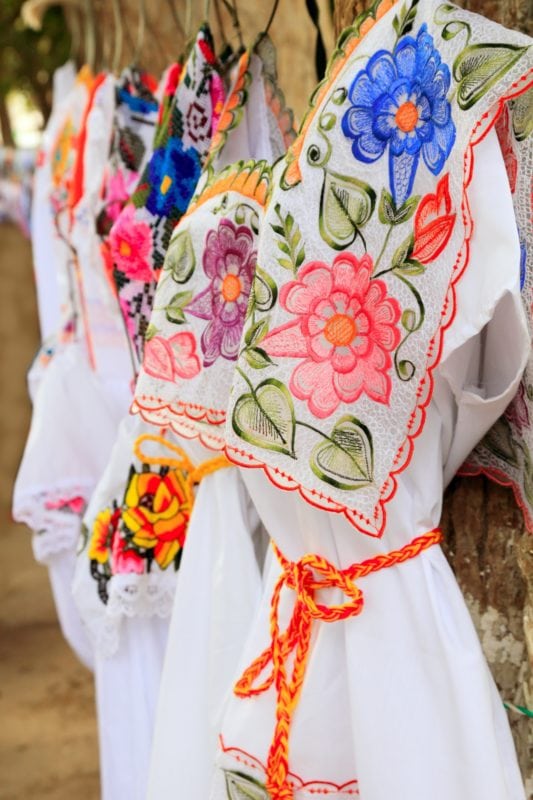 You may see white on white embroidery which is similar to Hardanger style in which the motifs are traditionally shaped such as squares, triangles, circles and so on, the threads can also be pulled together to leave open work areas. 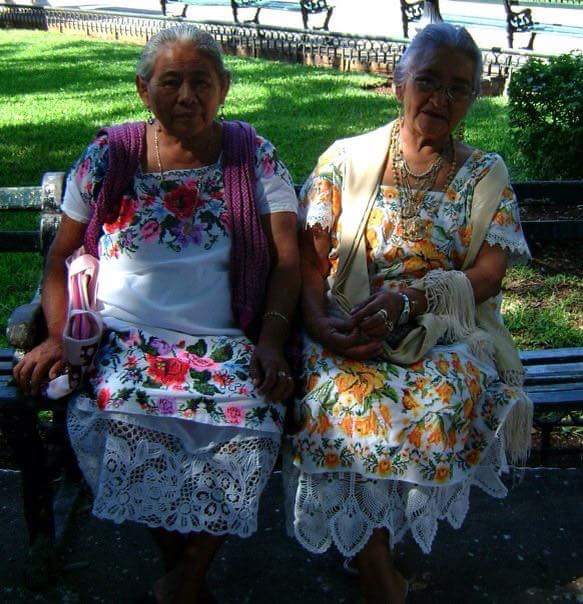 The Spanish Conquest brought metal needles to the Yucatan and the nuns that came along with the conquest established schools and taught European style embroidery technique such as the cross-stitch called “xocbichuy” which means “to count” in Mayan. 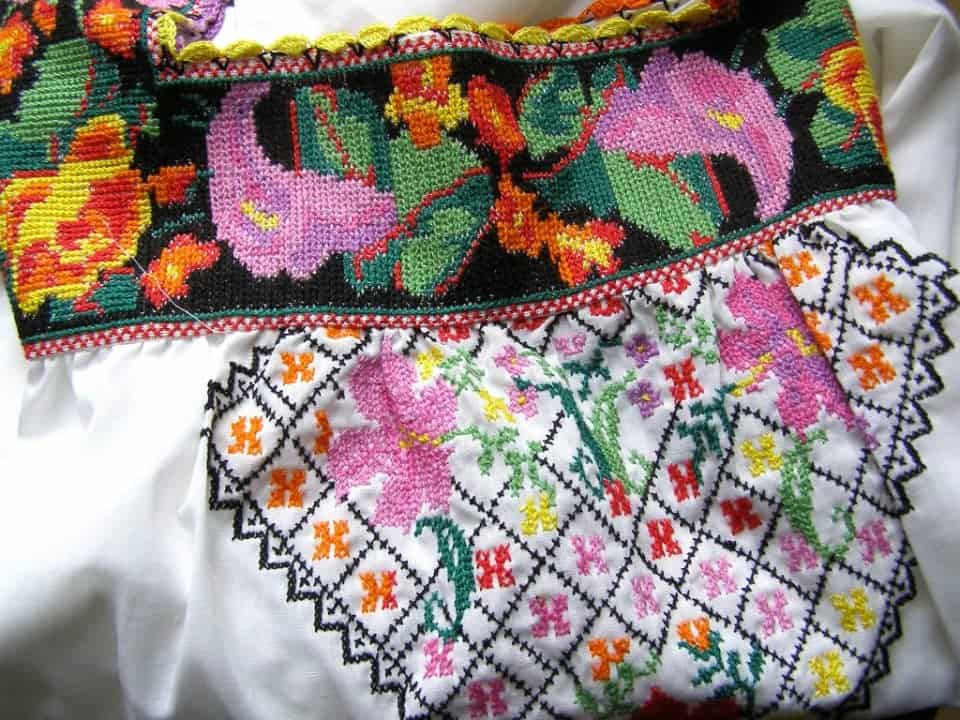 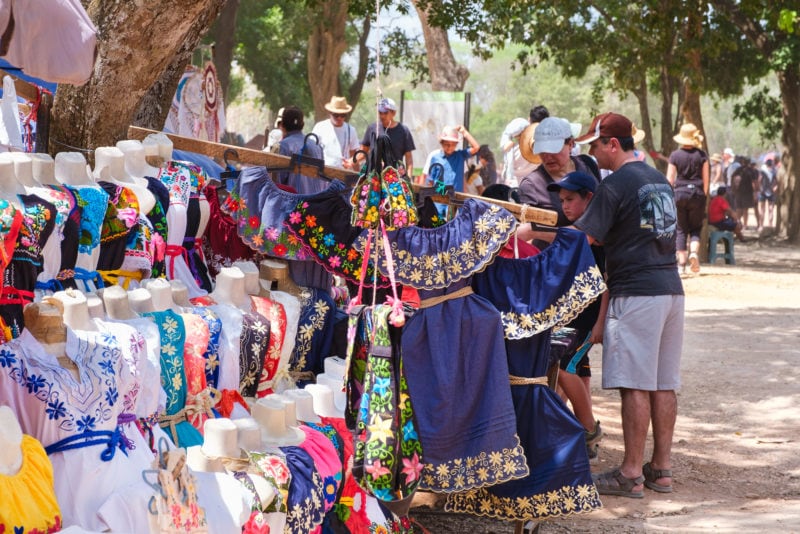 The special occasion dress is called the terno, which means it has three pieces: the jubon is the first piece and it is a flat square piece that is very richly embroidered and trimmed with lace, it is attached to the neck of the second piece which is the actual huipile. 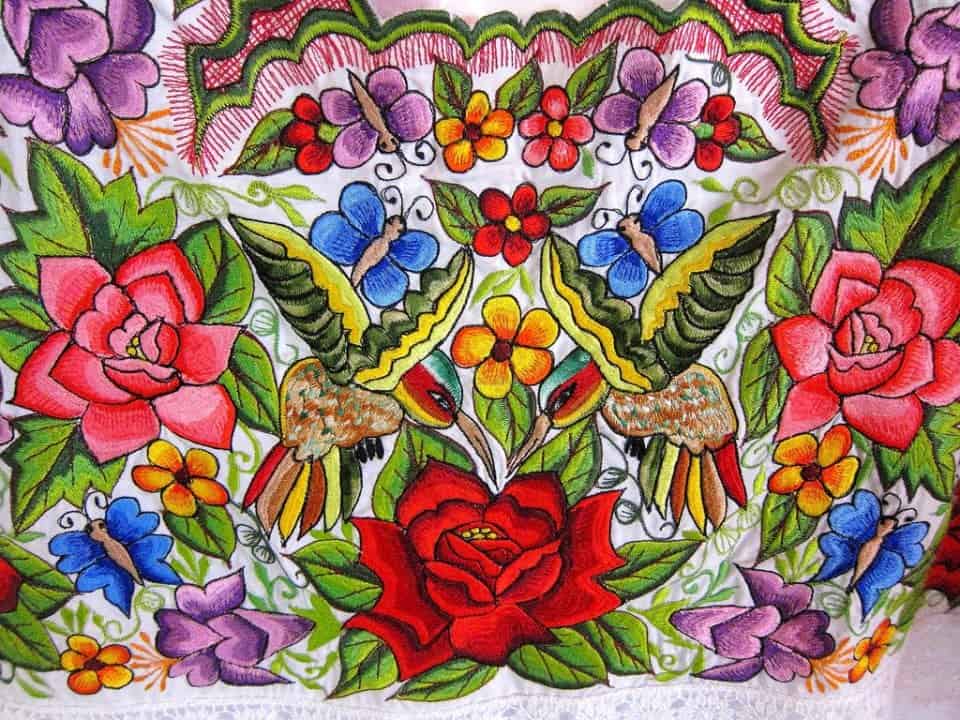 The huipile is knee-length square dress richly embroidered and has a deep lace hem.  The third piece is the fustan which is a long, slip worn under the hipil also embroidered and lace-trimmed.  The dress is accessorized with white or embroidered shoes, filigree necklaces of gold and coral, a headdress of ribbons and flowers, and a “rebozo de Santa Maria” or shawl which matches the embroideries. 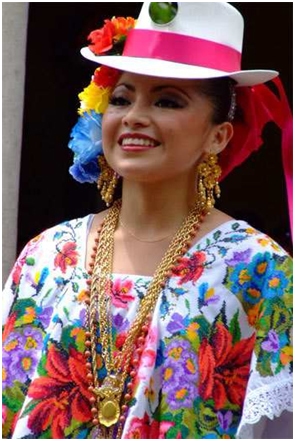 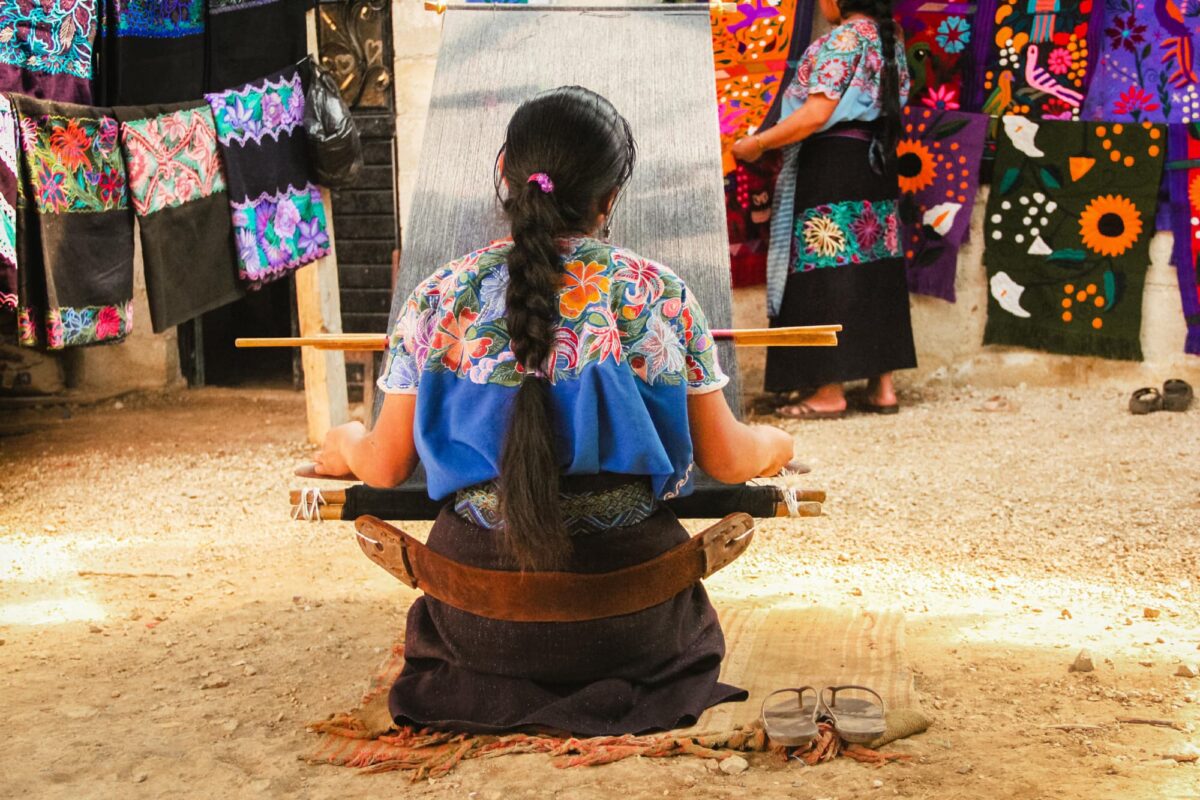 “They soak their white clothes in water with polegia and soak for 1 hour then with white soap Jabon Zote they wash them in a washtub.  You never use bleach or put them in the washing machine.” 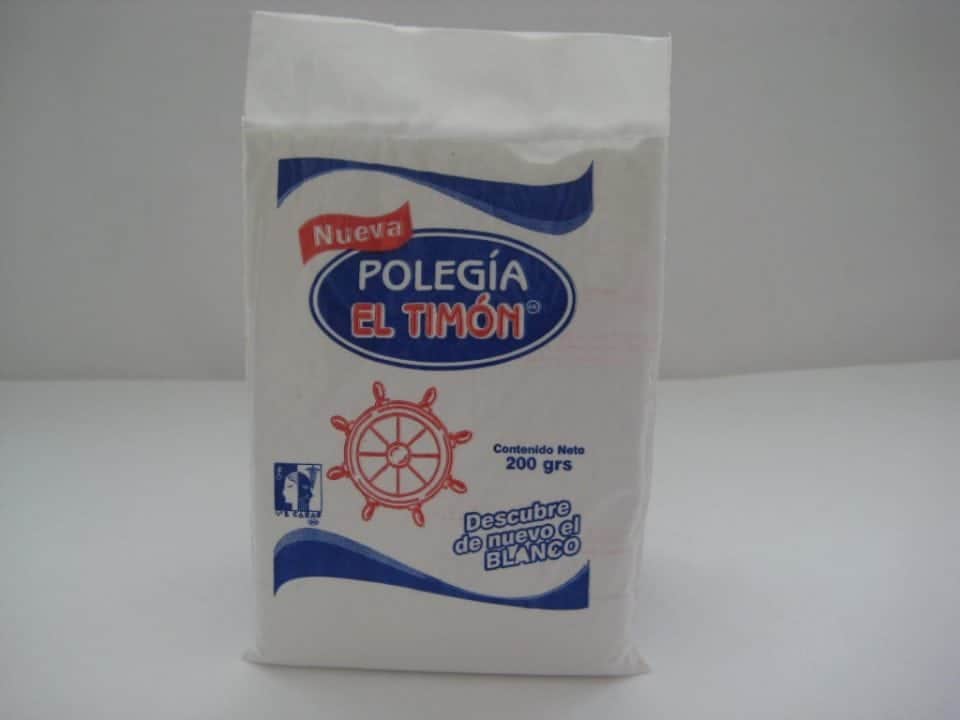 Polegia is a laundry whitener that contains bicarbonato de sodio, cloruro de sodio and sulfato de sodio to add to boost your detergent’s cleaning power,  and Jabon Zote is a pure soap made from the following:  Zote oil and tallow and coconut oil scented with citronella. Other ingredients include sodium chloride, glycerin, perfume, optical brightening and dying. Jabon Zote is also reputed to be a great mosquito repellent, fishing bait and much more apparently.

These are some of the shops in Merida that you can find huipiles to purchase.

Living the ex-pat life in Chuburna on the Emerald Coast 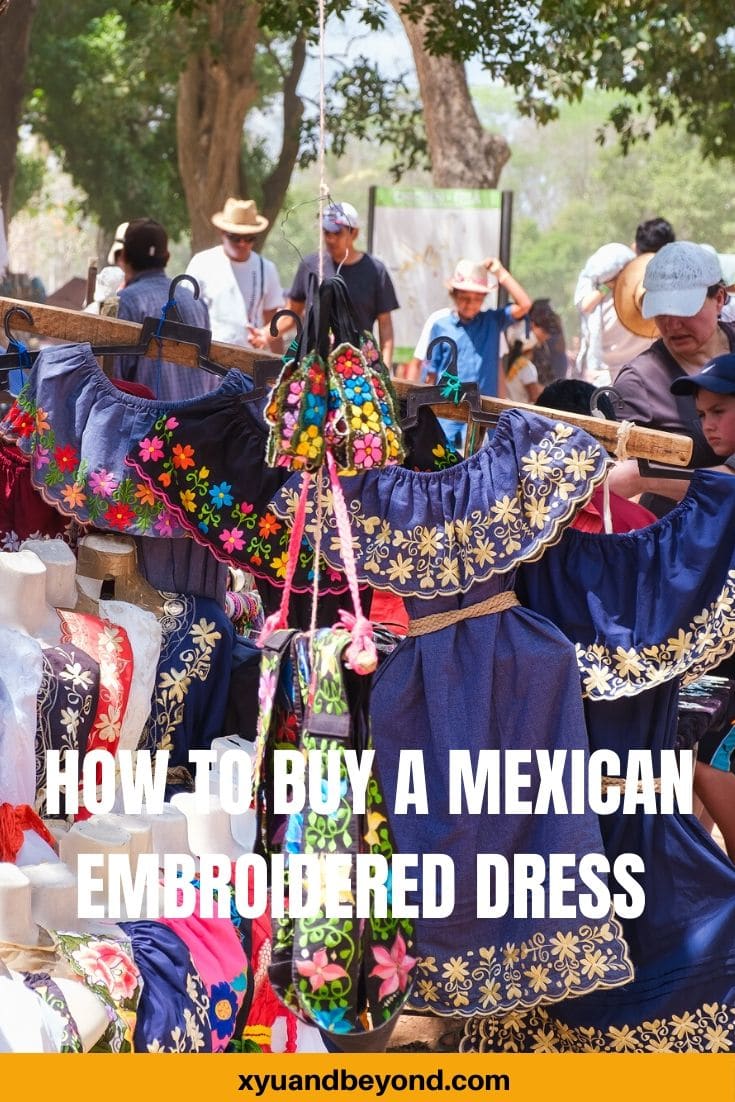 2 thoughts on “What are those gorgeous Mexican embroidered dresses called?”