Uxmal is an ancient Mayan city located within the Yucatan Peninsula of Mexico. It is one of the most important archaeological sites of Maya culture, in the region. It is located on the Puuc route in the Eastern Yucatan. Uxmal is considered one of the cities most representative of the Mayan culture and architecture and it has been designated a UNESCO World Heritage site.

Where is Uxmal located?

Uxmal is about a 45-minute drive from the City of Merida so when you have taken in some of the attractions in or near the city (like Dzibilchaltun), you can grab a tour or hire a car to visit Uxmal.  Driving to Uxmal (“oosh-mahl”, which is Mayan for “thrice-built”) takes you along the Puuc Trail. The term Puuc is used for a certain style of decoration on the ruins that lie through this trail. Puuc decoration is recognizable by the elaborate horizontal stonework on the upper levels of the pyramids and buildings.

Is Uxmal worth visiting?

Beyond a shadow of a doubt, Uxmal is well worth seeing if you are in the Yucatan. As you enter into the grounds of the Maya site of Uxmal and climb the stairs into the complex the silence is the first thing you notice, it is almost a reverent silence, no vendors no huge crowds of tourists, just the birds and sound of the breezes in the trees, it is immensely peaceful.  Entering the site you pass through a small square of shops and souvenir purveyors. Pay your entry fee and the taxes at two separate kiosks.

There are guides available that speak English, Portuguese, Spanish, French, Italian and Dutch they have some great insights to the site and really interesting tales to impart. As you pass through the entry gates you will see a small slope of a hill with both stairs and a wheelchair ramp, coming to the top of the stairs you immediately notice the water cisterns, no cenotes here, this site was dependent on the collection of rainwater.

What was Uxmal used for?

Uxmal was founded about 500 by Hun Uitzil Chac Tutul Xiu, although the exact date of occupation is unknown. Most of the architecture visible today was built between about 700 and 1100. Unlike most Yucatan sites, Uxmal derived its water supply from man-made cisterns that collected rainwater, one of which can be seen near the entrance.

It wasn’t until around 800 to 900 CE that Uxmal became the capital of the Puuc region. Many Mayan cities collapsed around 900 and it was only Uxmal and Chichen Itza that survived. Later in the 12th and 14 centuries, Uxmal became part of the alliance of Yucatan city-states led by the Mayapan.

Can you climb Uxmal?

You can climb most of the buildings in Uxmal except for the Adivino Pyramid also called the Magicians Pyramid or the Pyramid of the Dwarf.

What to explore at Uxmal

As you enter the Uxmal site you will see towering above everything and directly ahead nearly 115 feet, the Pyramid of the Magician, immense and awe-inspiring, symbolic of an incredible civilization. Drawn into this beautiful Puuc site you can wander quite peacefully by yourself or with a guide to view some of the most complex and beautiful examples of Puuc architecture dating back to before 10BC.

At 35 m (115 ft), the massive Magician’s Pyramid (Pirámide del Adivino) is the tallest structure at Uxmal. The pyramid is also known as the Pyramid of the Dwarf; both names derive from a legend about a magical dwarf who was hatched from an egg, grew to adulthood in a single day, and built the pyramid in one night.

See if you can find the Temple de los Falos which is said to be dedicated to the dwarf’s goddess mother. The Temple hides a secret garden and holds many legends.

Comparatively speaking the ball court at Uxmal is not as significant as others found in the Yucatan. Pok Ta Pok was a very important component of Mayan Culture but it seems here at Uxmal that it was not as important due to the cultures waning. The original carved stone rings were removed to protect them from the elements and were replaced by reproductions.

Besides the major monuments mentioned below, Uxmal also includes a ballcourt with unusual vertical sides, the Cemetery Group, the North Group – a collection of structures built around a chambered pyramid, the squat House of the Turtles, and the square four-level pyramid known as the Pyramid of the Old Woman, which is the oldest structure at Uxmal.

The Nunnery Quadrangle was given its name by a Spanish historian as it reminded him of a Spanish convent. It may have been a military academy or a training school for Mayan princes, who would have lived in its 74 rooms, which are now occupied by the swallows that return every year to this site.

In its size and intricate stonework, the Governor’s Palace rivals the Magician’s Pyramid as the masterpiece of Uxmal. It is an imposing three-level edifice with a 97m (320-ft.) long mosaic facade, built in the 9th and 10th centuries.

If you stand back from the Palace on the east side, the 103 stone masks of Chac seem to slither across the facade like a serpent. They end at the corners, where there are columns of masks. In the open plaza in front of the Palace is the Jaguar Throne, carved like a two-headed jaguar, which the Mayas associated with chiefs and kings.

For years, scholars pondered why this building was constructed slightly turned from adjacent buildings. Recently scholars of archaeoastronomy (a relatively new science that studies the placement of archaeological sites in relation to the stars) discovered that the central doorway, which is larger than the others, is in perfect alignment with Venus.

Throne of the Jaguar

This is a limestone sculpture of a two-headed jaguar facing away from each other. It is believed that it is the seat of royalty at Uxmal and its placement marks a ritual space.

On a square base sits a sort of cone-shaped sculpture that seems to have at one point in time hieroglyphics and symbols painted on it. Some archaeologists believe it was a flogging block but others think it may
represent the Central Tree (“Axis Mundi”), the Ya’axche Cab, which is mentioned in Mayan Mythology.

House of the Pigeons

Located immediately west of the House of the Governor and the Great Pyramid, this building gets its name from the intricate façade with its many small apertures which resembles a dovecote. The complex has three courts, each diminishing in size as one climbs the three levels of steps. Its poorer condition and highly decorative architectural style suggest the building is several centuries older than the Nunnery and House of the Governor.

Great Pyramid & Temple of the Macaws

Behind the Governor’s Place is a lower-level plaza with the Great Pyramid, 260 feet (79 m) on each side. The top of the pyramid has the Temple of the Macaws, three other ruined temples, and amazing views across the hills.

There is much to see and learn at this Mayan site, there are secret places and hidden gardens that can only be accessed by those who know of them. You can read about the Temple of the Phallus and the Goddess Ixchel here.

Uxmal came highly recommended as a place we must see in the Yucatan, far more so than Chichen Itza which is apparently an incredible place but it is absolutely overwhelmed with vendors and locals wanting a piece of the tourist trade.  At Uxmal, you really get a sense of the Mayan Empire and the incredible civilization that dominated in this part of the Yucatan. There is much more to be discovered at Uxmal and many secrets lie hidden in the jungles of the Yucatan.

This site encourages you to explore more of the culture and enjoy what you learn of the Mayan heritage. There are many Mayan sites spread throughout the Yucatan Peninsula. One, in particular, is called Dzibilchaltun which is just outside Merida and even has a cenote that you can swim in, you can read more about it here.

Some more Mexico reading for you

The food of Oaxaca

What to drink in Mexico

Street food in the Yucatan

And, if you are like me and really not into beaches and laying around burning up all day check out Ben’s post on Two Wandering Soles, 25 Incredible Things to do in Mexico that aren’t beaches, it’s simply full of great ideas.

Want to read more about Mexico? 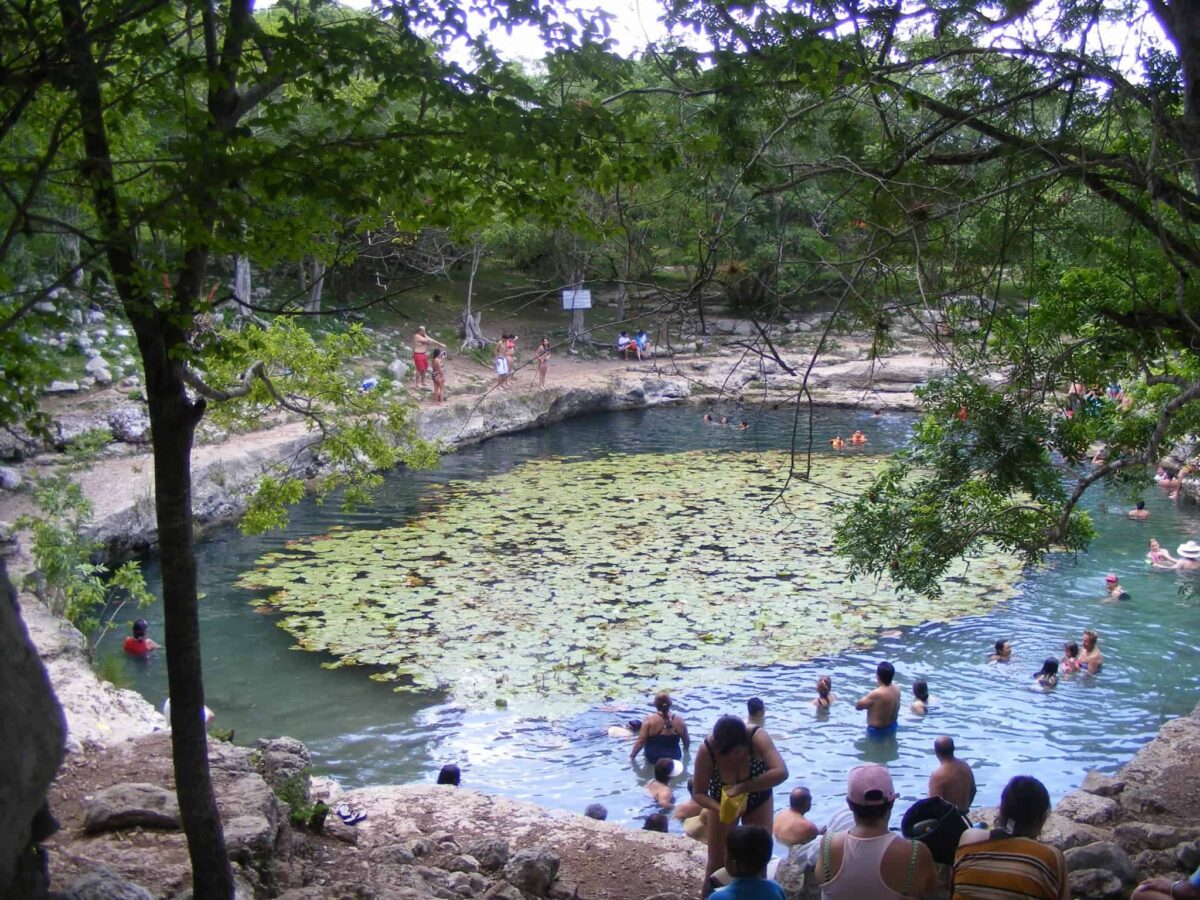 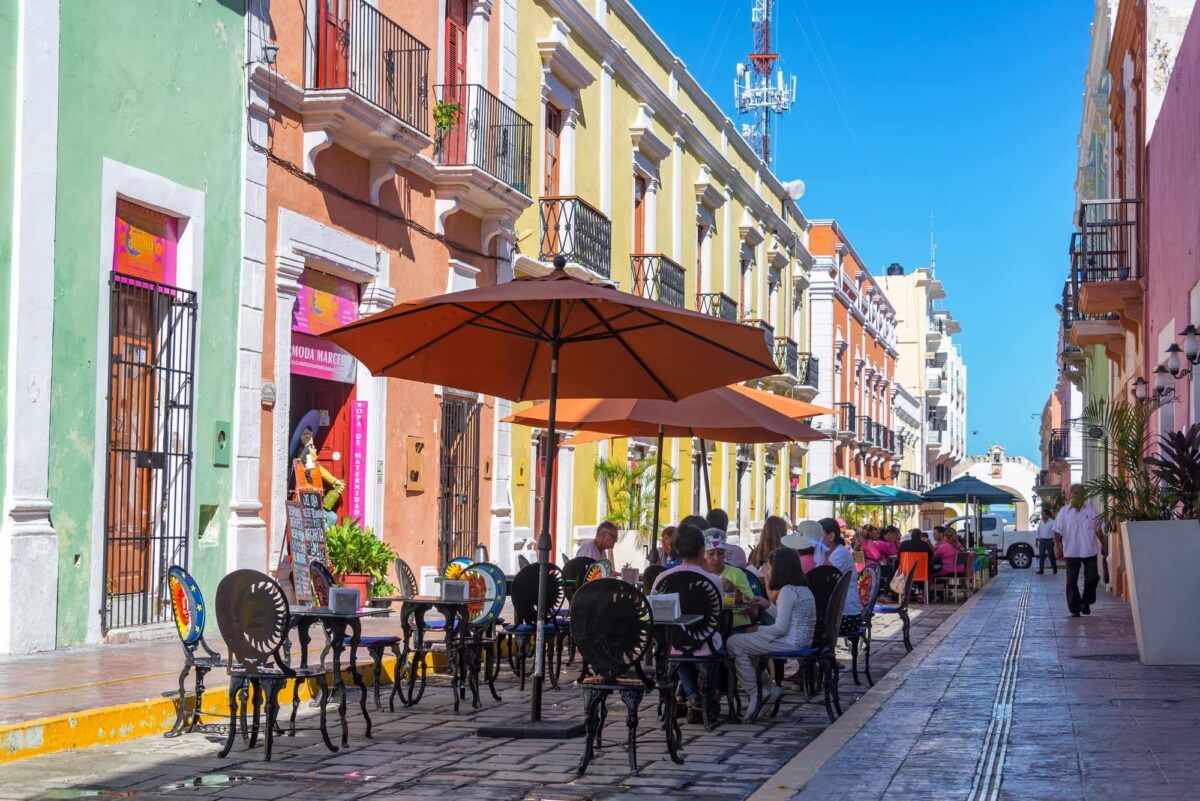 Things to do in Campeche: Mexico’s cotton candy city 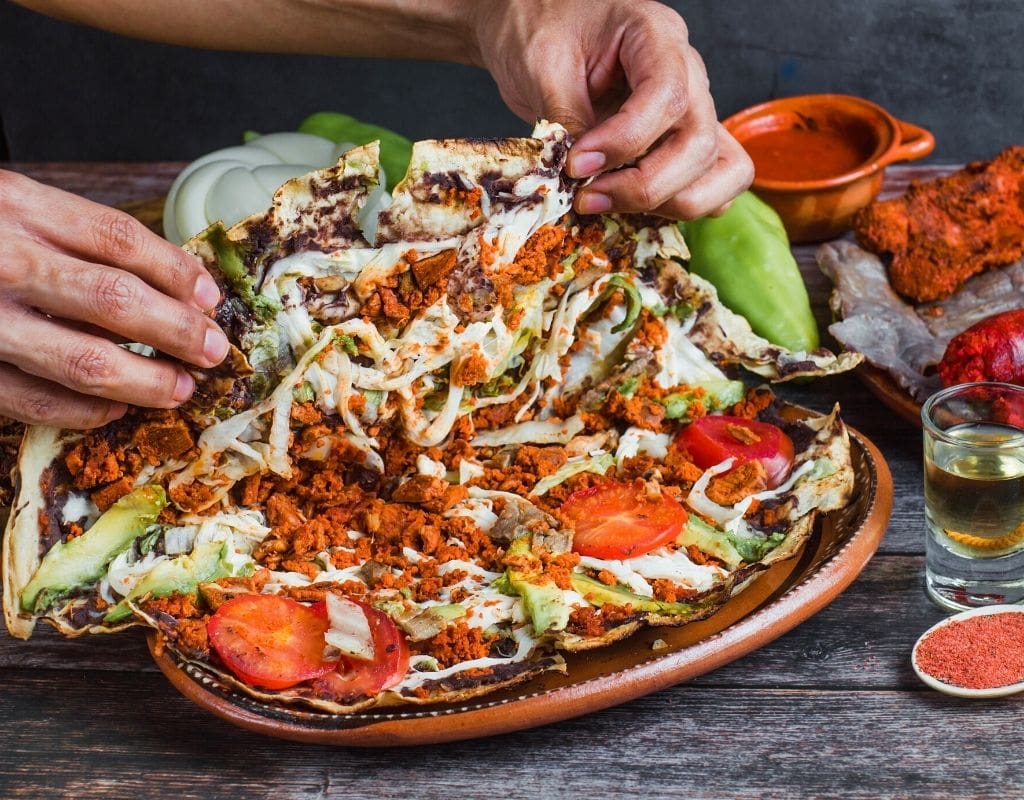 Food from Oaxaca: The joy of Oaxacan Food 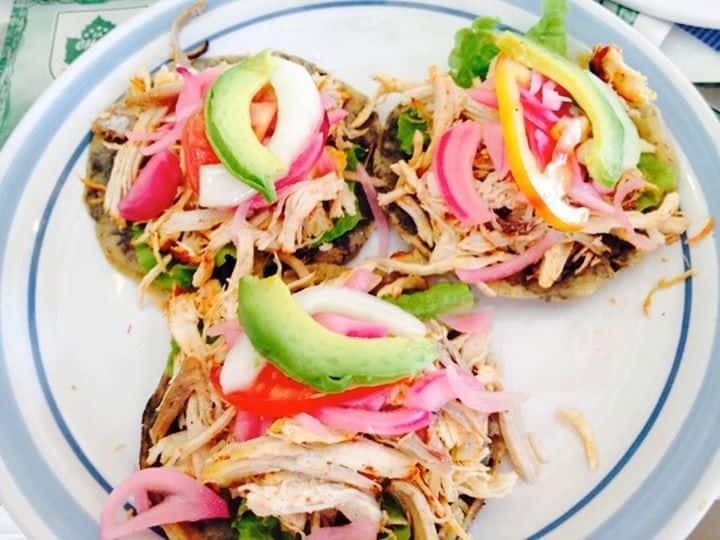 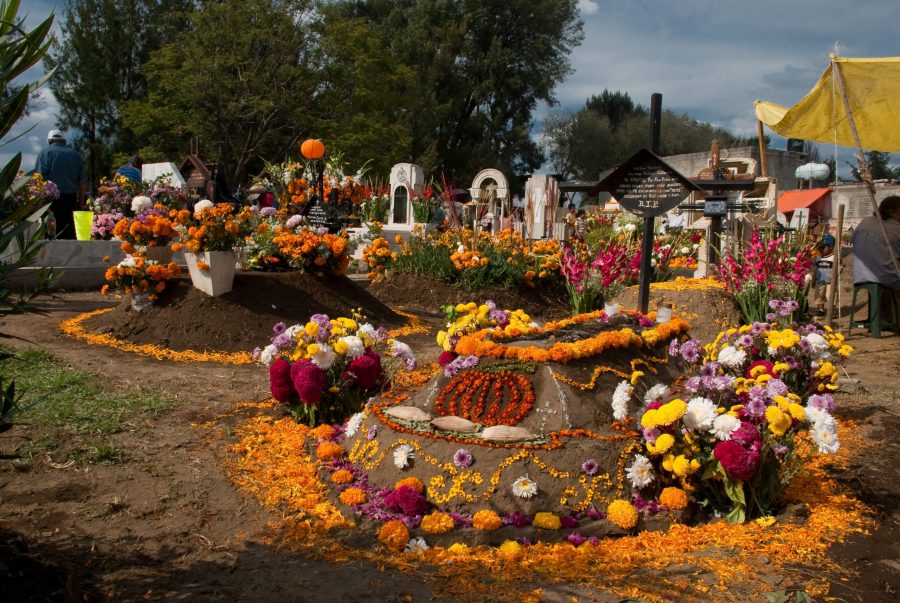 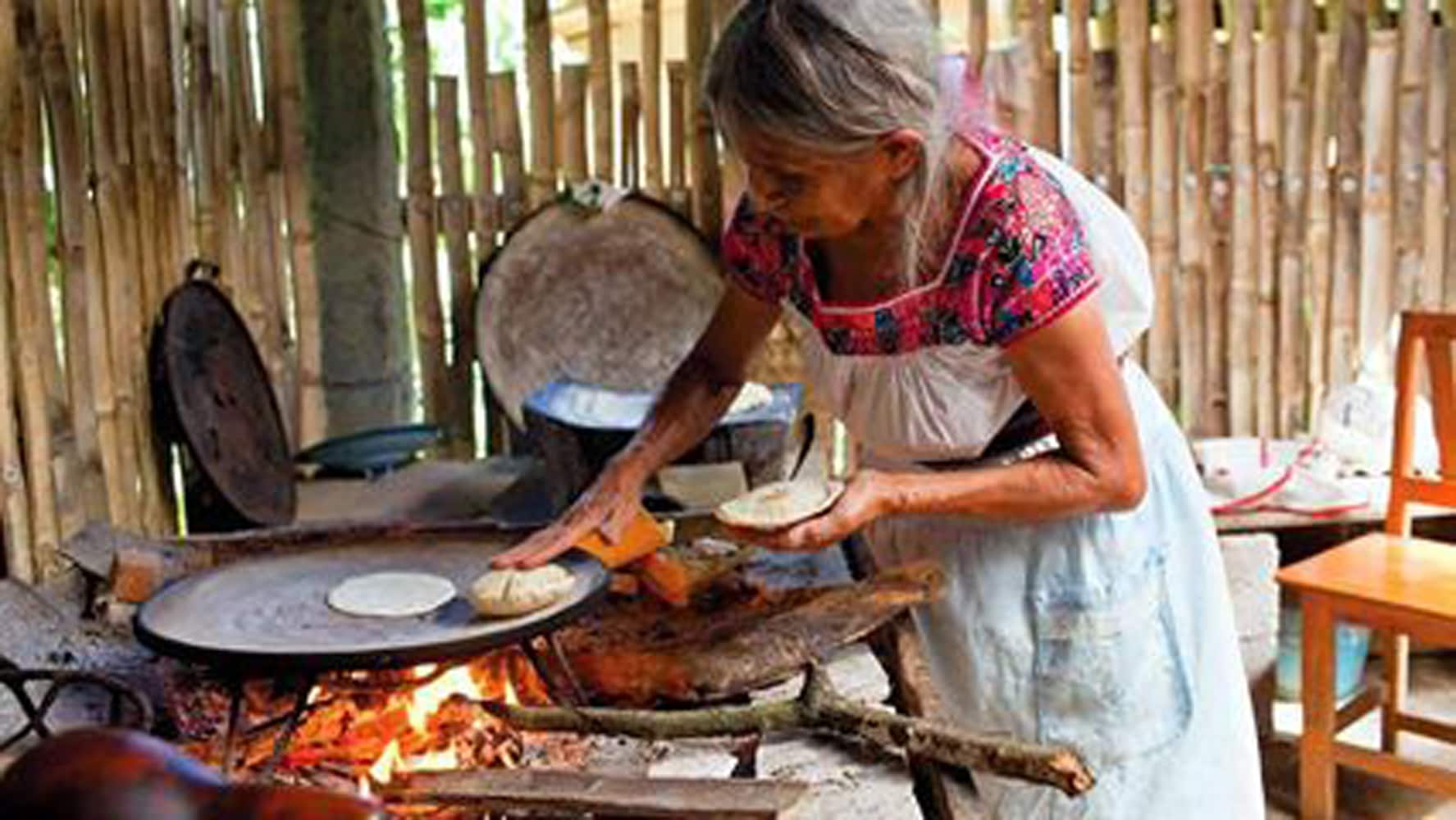 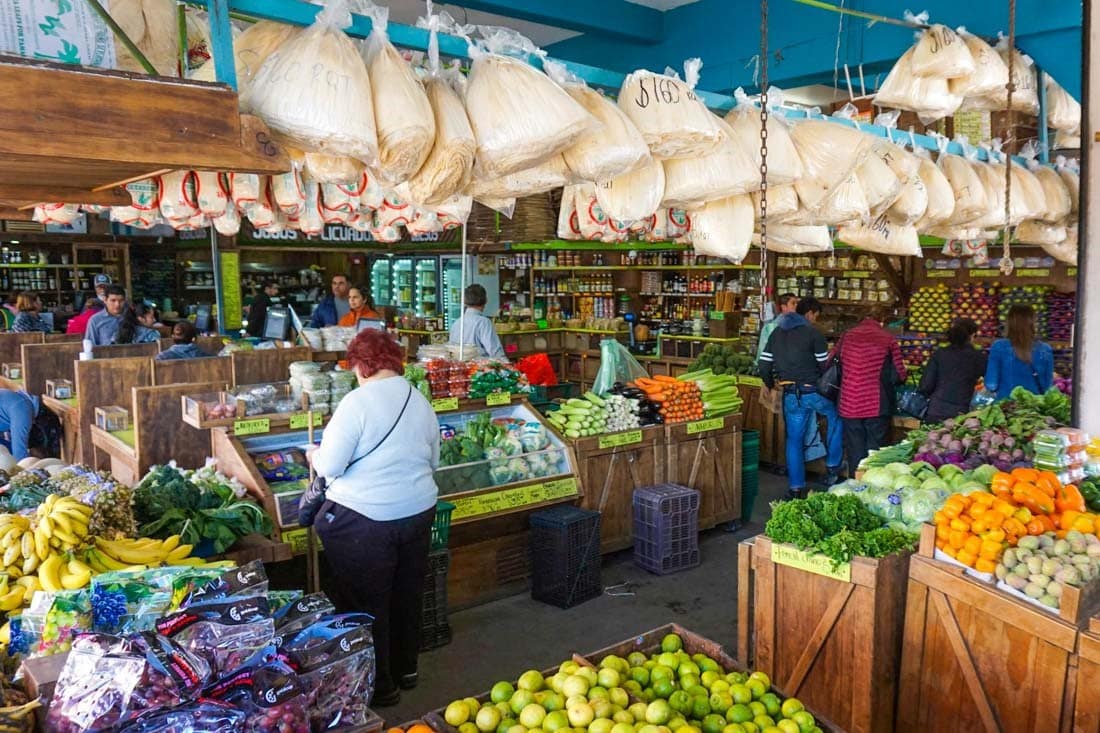 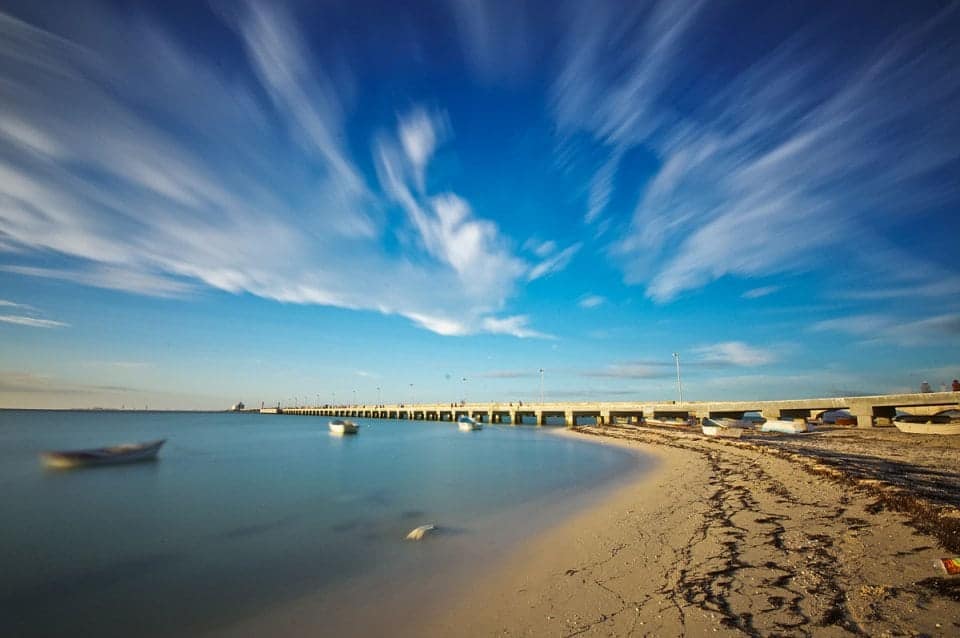 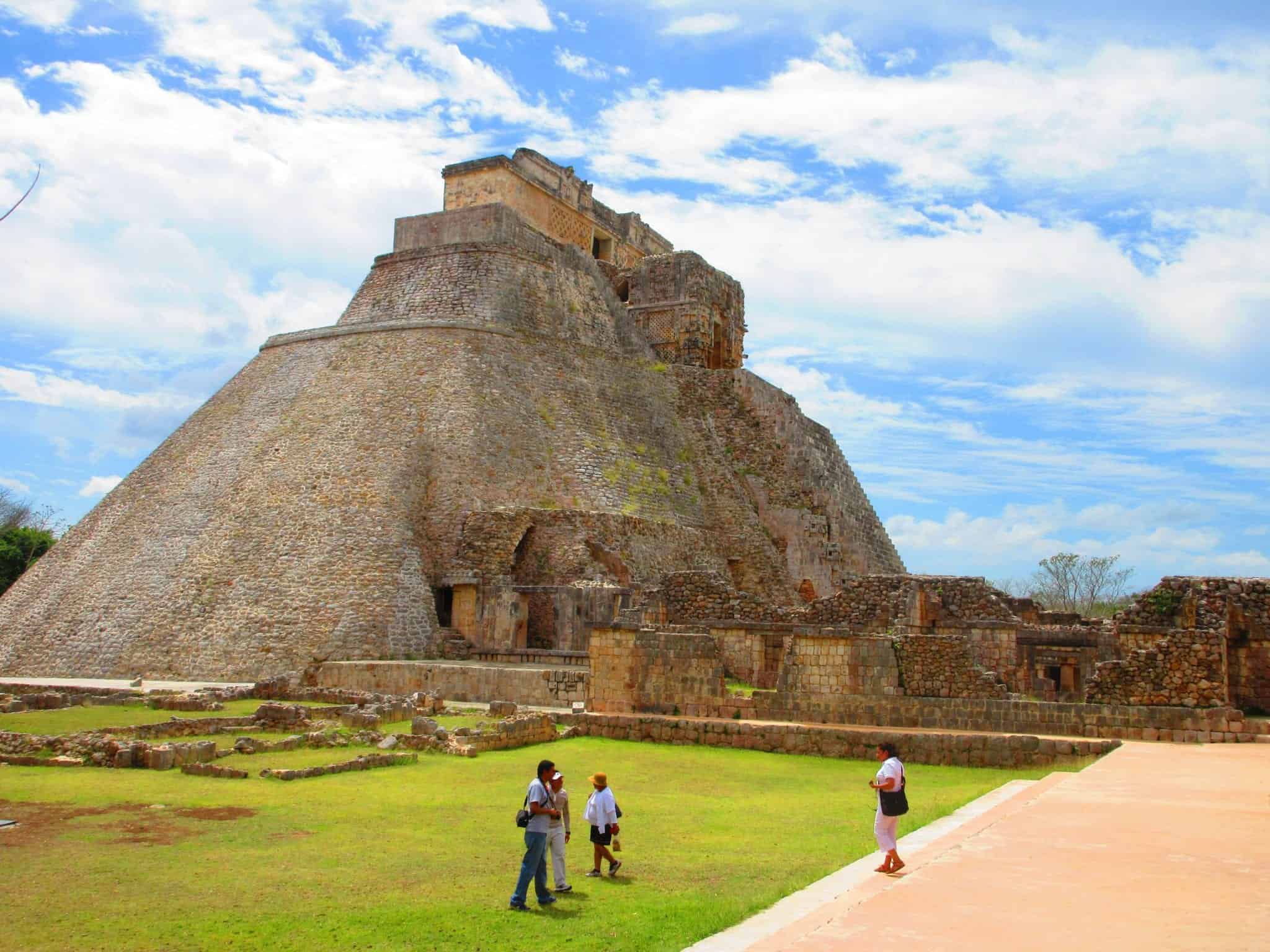 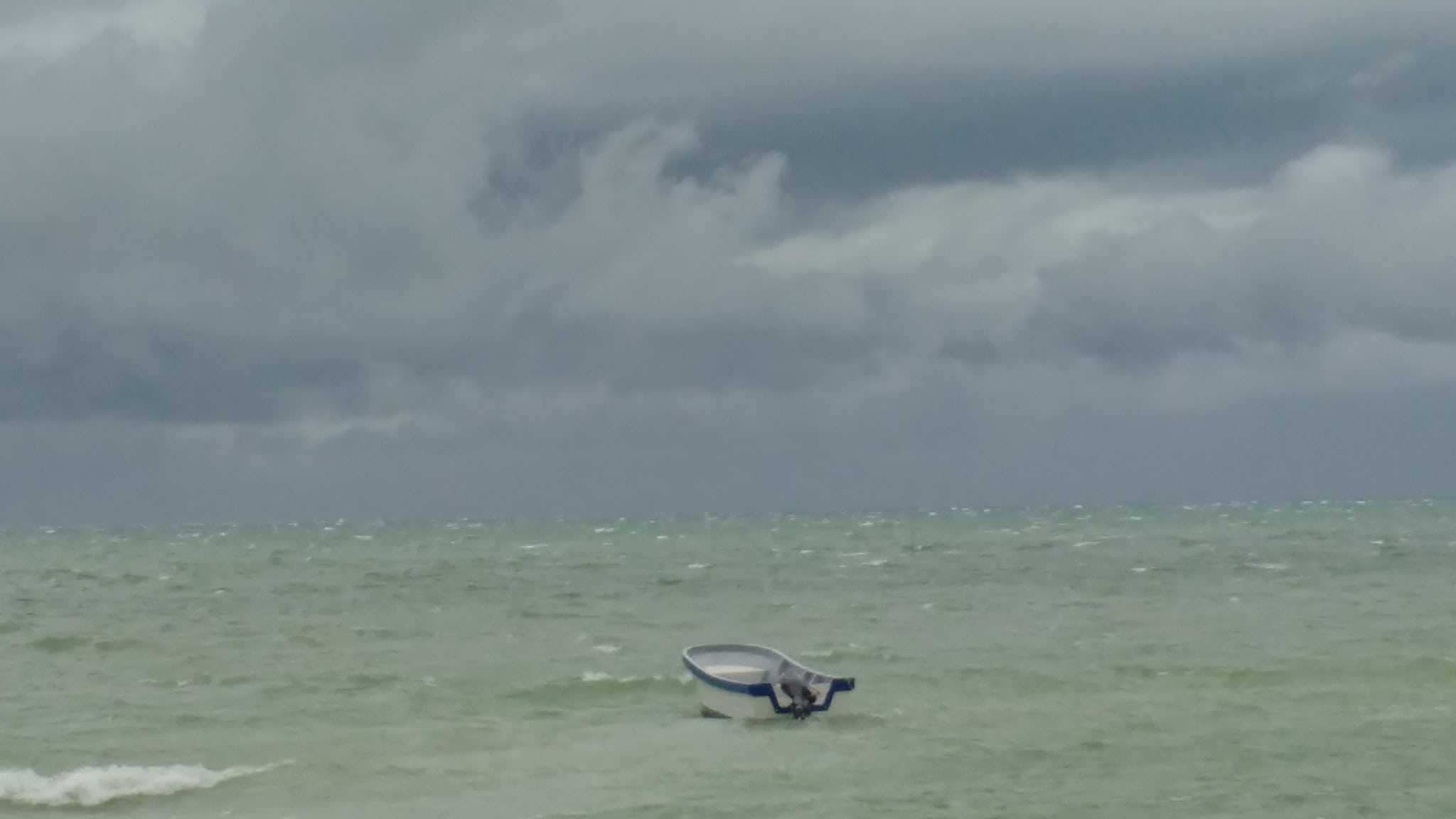