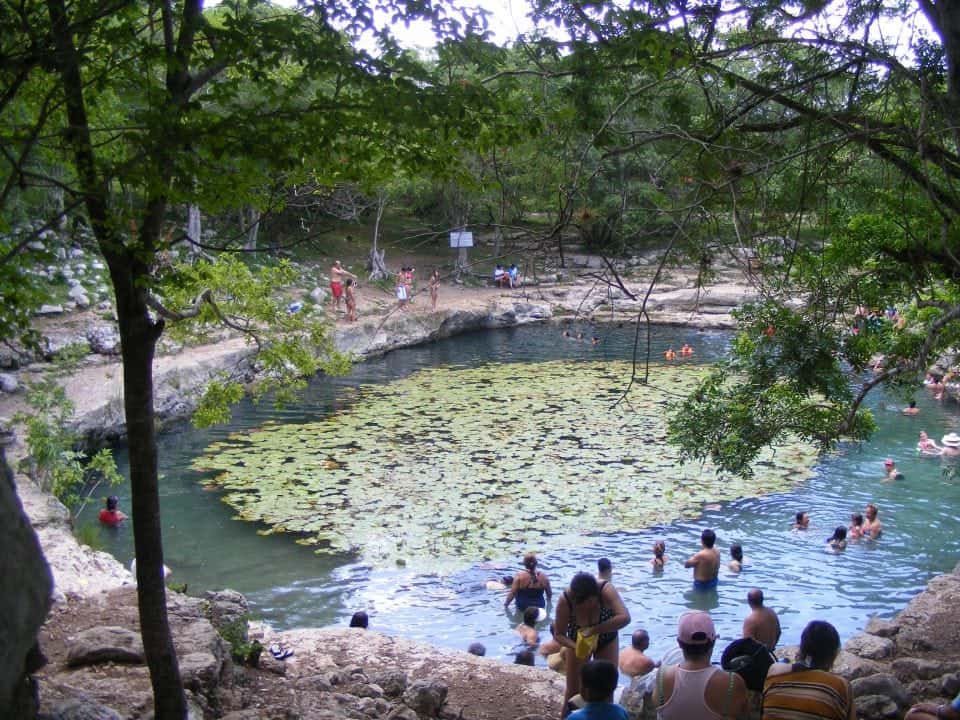 Dzibilchaltún (Ts’íibil Cháaltun) – (I borrowed that from Wikipedia), I still don’t know how to pronounce it properly.  Translated from the Mayan Dzibilchaltún is the “place where there is writing on the stones”, this place has been continuously inhabited for thousands of years and is located only 22 miles from the gulf coast, 15 minutes from Merida.

Archaeologists have studied nearly 35 sq km of the city, and the area that has been mapped includes over 8,000 structures, though most cannot be seen due to the growth of trees and vegetation.  It was once a wealthy port and centre of Mayan coastal trade and had a peak population of about 20,000, although it declined with the rise of Chichen Itza. Restoration still continues here.

There is a really interesting museum on the site of Dzibilchaltún called the El Museo del Pueblo Maya.  The museum has very close ties to the Mayan community who actively participate in celebrating the Day of the Dead (Hanal Pixan) and Christmas displays.  At the museum you can see around 700 archaeological items including the burial of Kalom Úk’uw Chan Chaak who was the last governor of Chíy Chan Ti’Ho (the pre-hispanic name of Merida), you will also see the offering to the dead of the seven dolls. 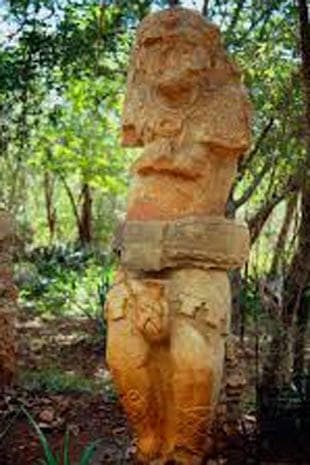 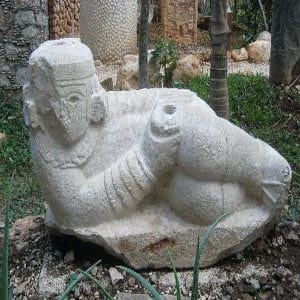 Dzibilchaltún is the stage for an archaeoastronomical event involving the alignment of the rising Sun with the eastern gateway of the Temple of the Seven Dolls. In 1982 Victor Segovia Pinto discovered that the sun is precisely framed by the gateway for a few minutes when seen from the west side of the temple. 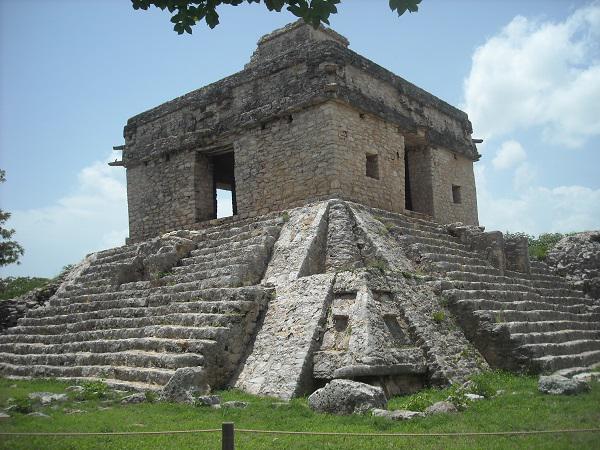 Watching the equinox at Mayan ruins is a way of taking part in this rich history. Built centuries ago, parts of these ruins were purpose-built to track the stars. There are two main places in Yucatan to witness this unique event and they are Chichen Itza and Dzibilchaltún.
Planning a visit to Merida these are all the best day trips to take 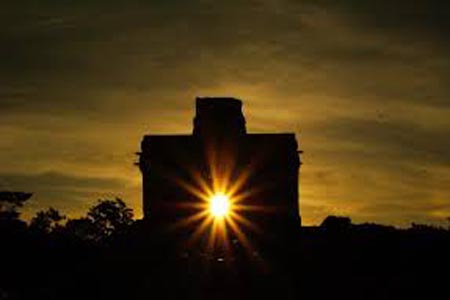 The equinox celebrations at Dzibilchaltún take place in March the day is dependent on the year. On this day, the first day of spring, the sun appears through the central window of the House of the Seven Dolls, the main building within this ancient complex. 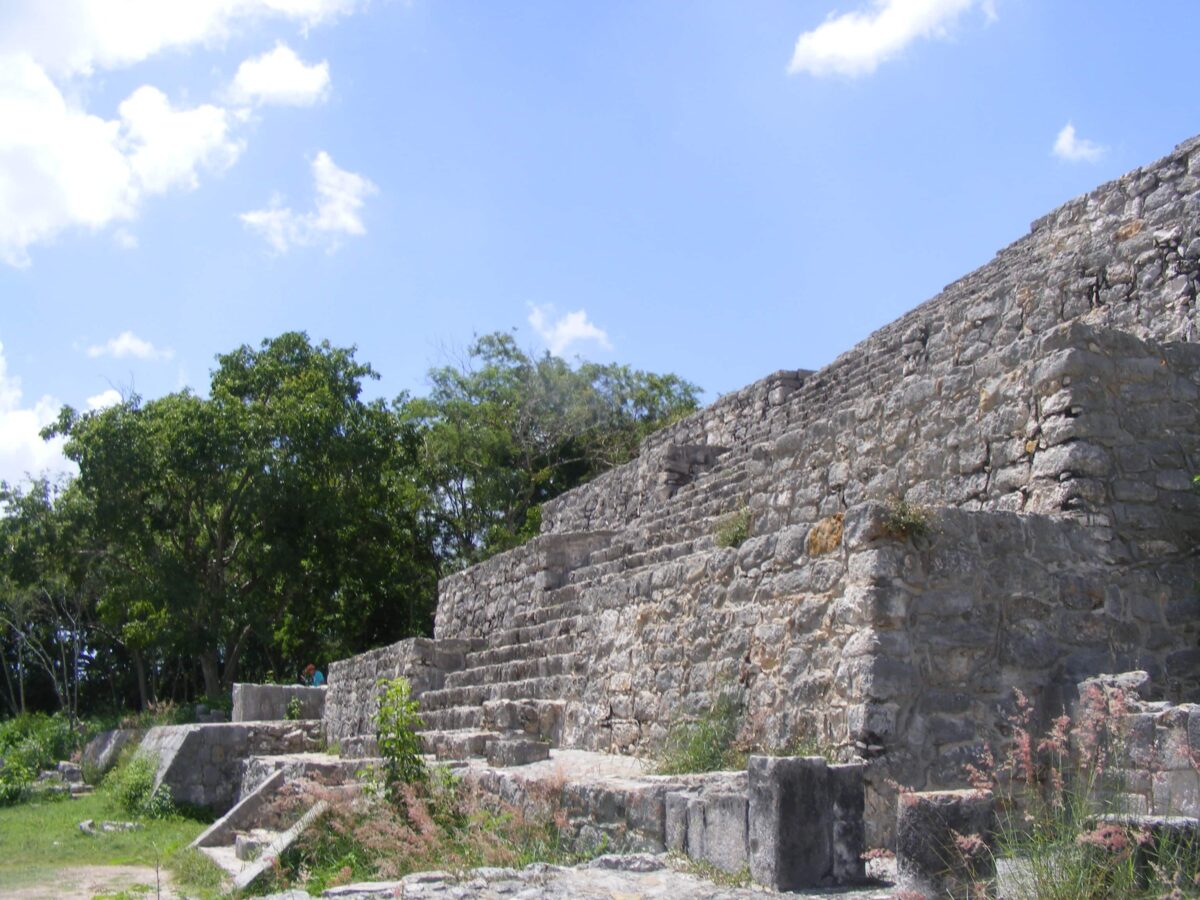 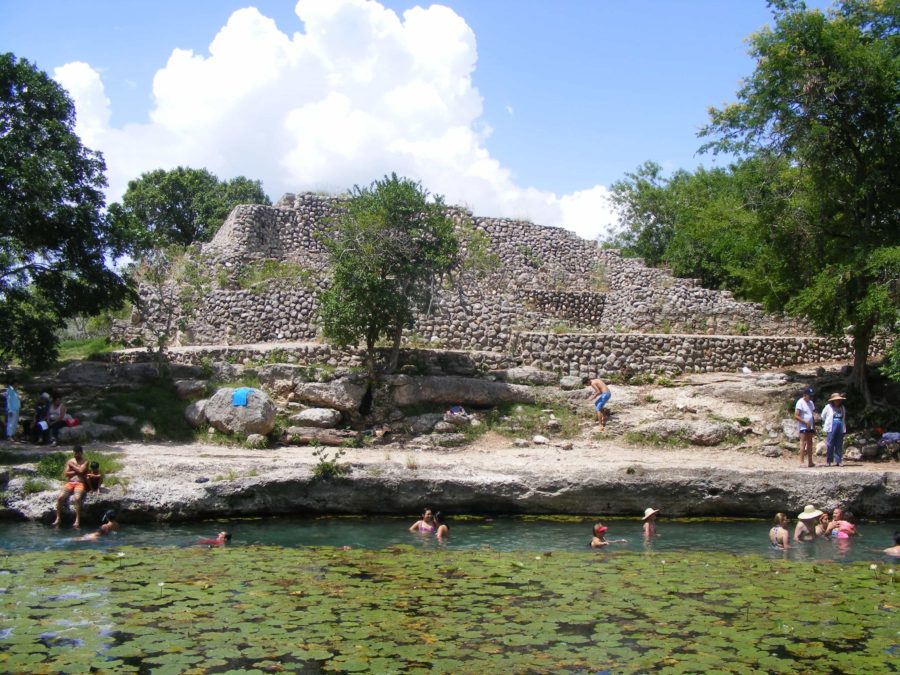 The Temple of the Seven Dolls was named as a result of the discovery of seven pottery figurines in the central building.) The sun is framed in the doorway of the temple every year, on the 21st of March and 22nd of September – the spring and fall equinoxes.

There is also a beautiful cenote at Dzibilchaltún called Xlakah which is open to the public and you can swim in while little tiny black fish nibble your feet.  One end of the cenote is very shallow but the deep end runs over 140 feet down and continues onto a tunnel.

The Dzibilchaltún ruins are located between Merida and Progresso and tours are available from those two cities. A taxi ride costs about US$10, and the #3 bus from Merida will take you to the road that leads to the site.

There are some great tours of the area available. If you are on one of the Carnival cruise ships into Progreso check out this link for their shore excursions.

Take a look at the En-Yucatan site here for some fantastic tour opportunities in the Yucatan. Or go with my personal favourite and highly recommended Yucatan Cenote, Progreso Shore Excursions their website is fantastic and you can find it here or check out their Facebook Page here.  They will create tours specifically designed for you. Ruth and Chris will create a trip just for you from:
– Private Adventures for (Couples/Family/Group)
– Scuba Tours (Cenote)
– Geocaching Adventures
– A couple, Group, and young Family Adventures

Other sites to visit in the Yucatan are

The Santa Lucia Parque in Merida

The Lucas Galvez Market in down Merida is an experience you don’t want to miss.

Inspired?  Pin it for later.

The absolute best things to eat in Krakow Poland
What to eat and wher...
What is an Ireland Heritage Card & should I buy one?
What is an Irish Her...
Dublin Airport tips & tricks from a local
Welcome to Dublin Ai...
The Best of Copenhagen Denmark
Things to do i...
Share
Destinations  / Mexico 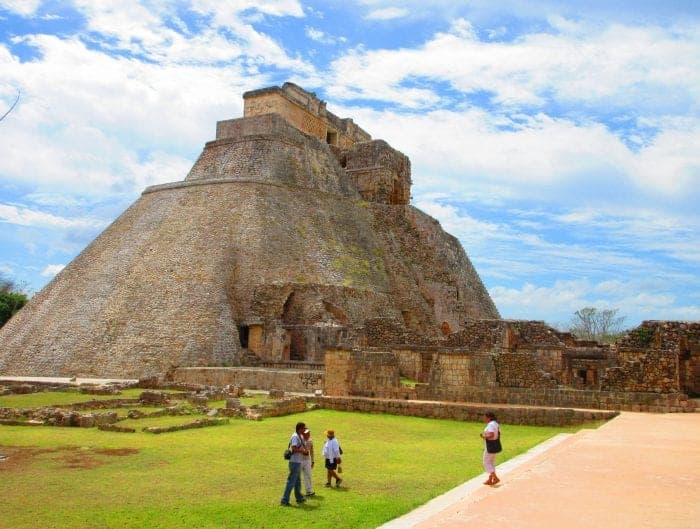