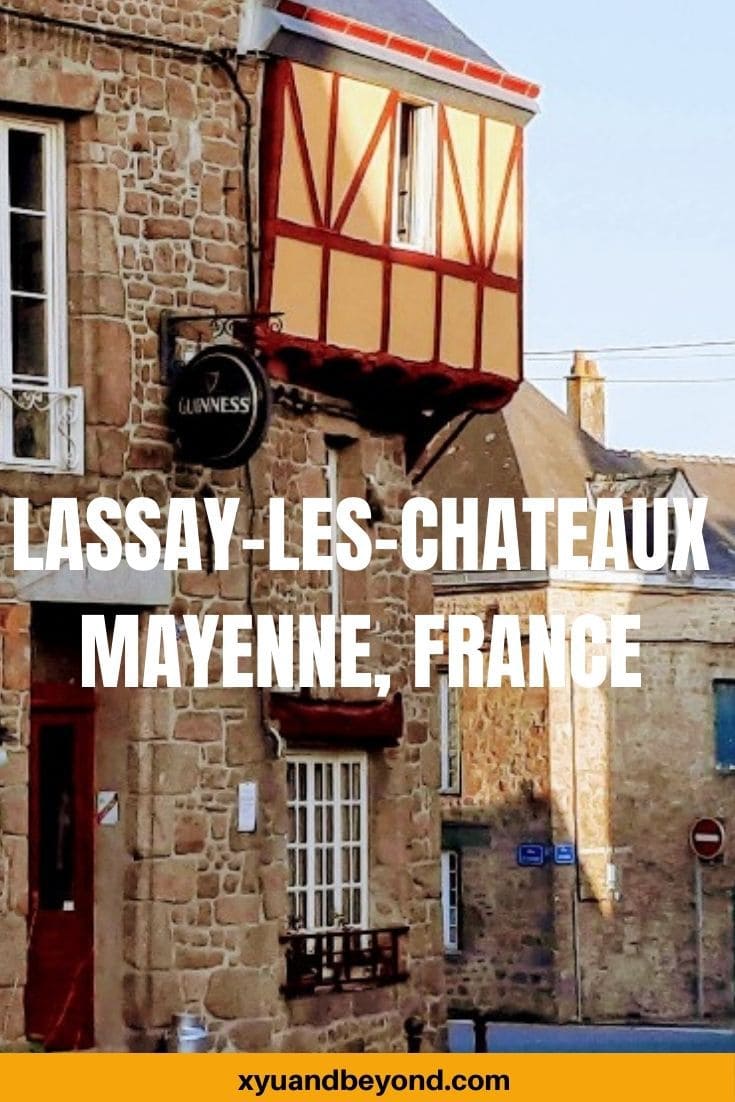 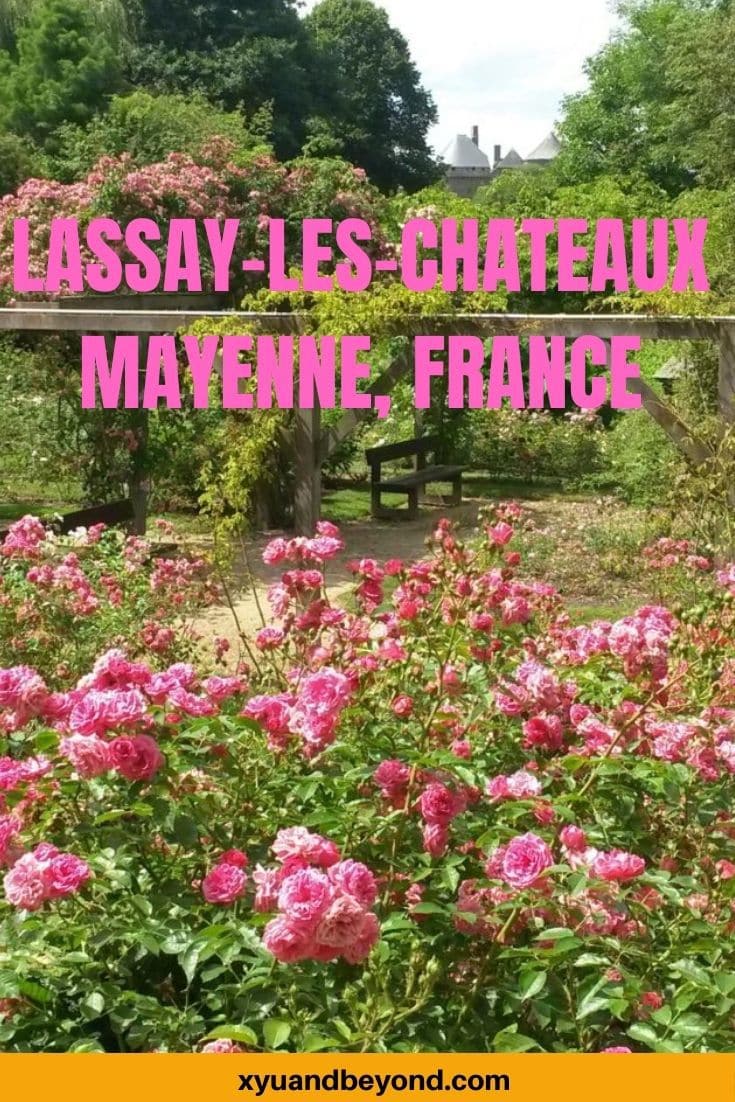 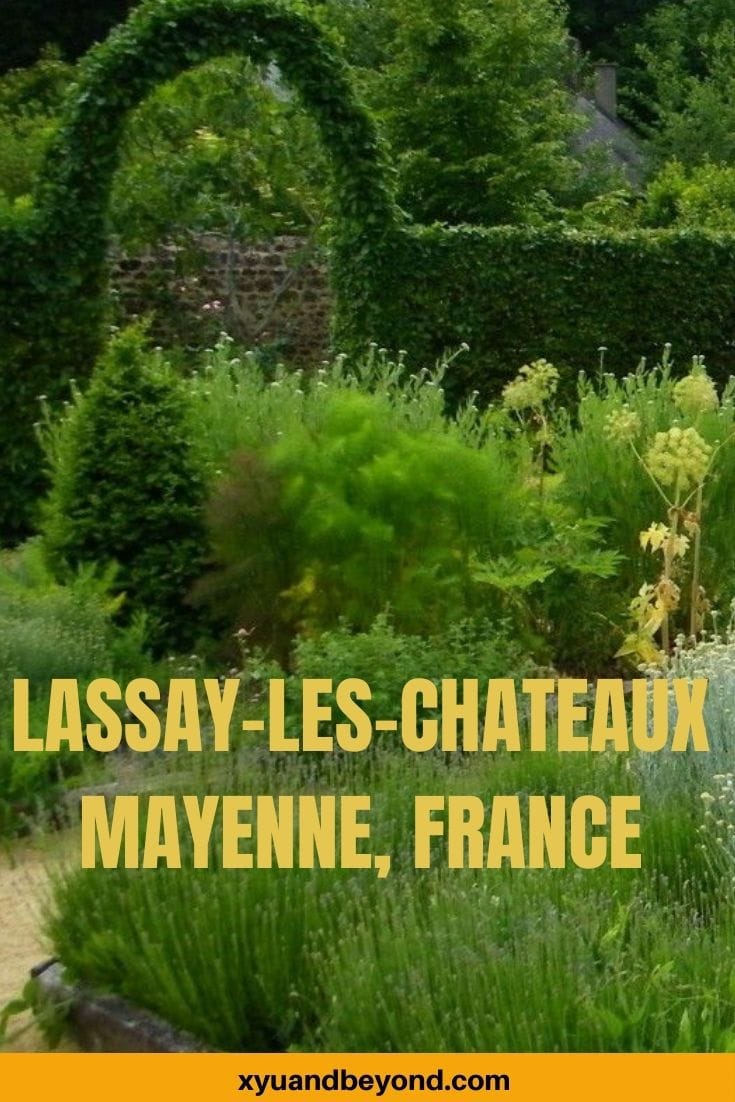 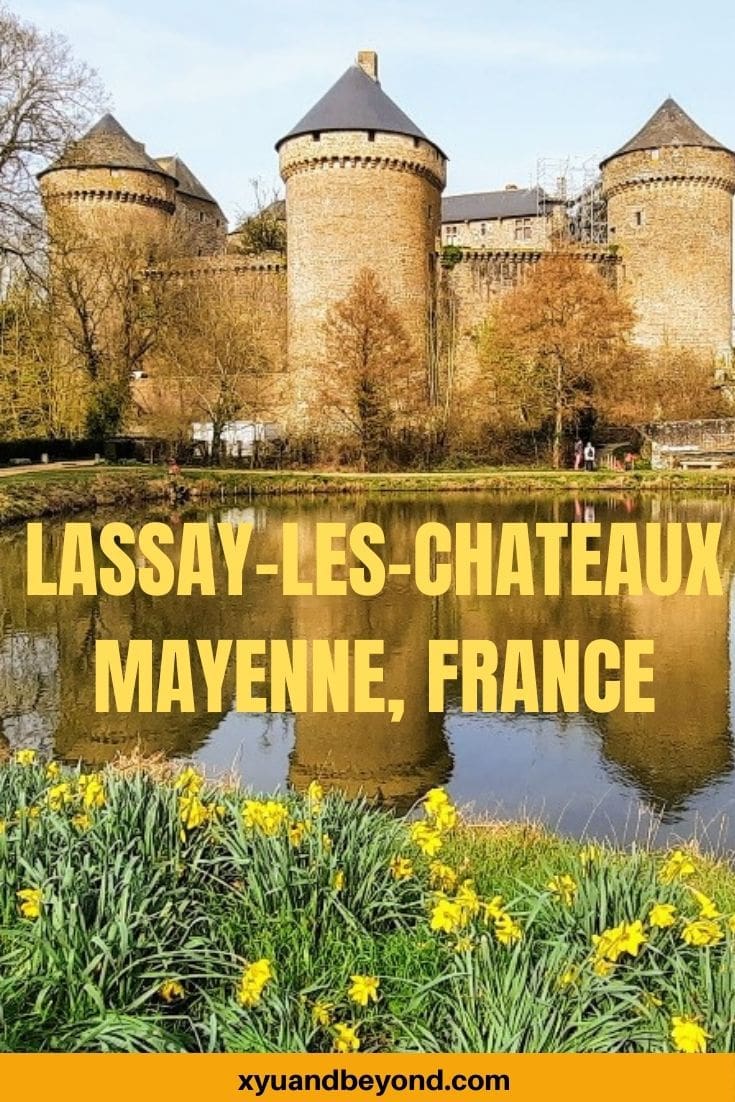 Lassay-les-Châteaux is one of those charming Petites Cités de Caractère you often run across in France. Located in the Mayenne almost on the Normandy border this enchanting little village makes a great stop on your travels around northern France and it is around 2 hours by train from Paris.

Lassay-les-Chateaux gets its name from the three medieval castles within its borders. The perfectly preserved Lassay Castle was built in the 14th century and is linked to the ruined Bois-Thibault castle and the Bois Frou chateaux through an interpretive trail that follows the legend of Sir Lancelot.

Lancelot is a character written by Chrétien de Troyes, the 12th century poet, in the romance poem the Chevalier de la Charrette (and an earlier work called Erec and Enide). These medieval writings used Arthurian chivalric stories and wove in the myths and legends of Brittany.

Chrétien de Troyes is credited with the invention of the Arthurian romance type with his poetic cycle which more than likely was inspired by Saint Fraimbault, who preached the Gospel in the sixth century, and who is buried at Lassay.

Your Lancelot du Lac walk would begin at the Saint-Fraimbault church which is located in the centre of the village of Lassay-les-Châteaux. It is believed that one of the cornerstones of the façade of the church was a tombstone of the Saint and it is marked with a cross pattern that resembles a clover and a chalice, symbols associated with Saint Fraimbault.

Directly across from the church and old Convent you can see down to the Lassay River and the Rose Garden.

The rose garden is located in the old meadow of the Benedictine Convent and contains two gardens. The first garden is French style with a long wooden pergola the walk through the pergola allows you to pass through the history of roses from the antique and Middle Ages to the most modern of new roses. If you love your roses you will be thrilled to see and smell Bourbon, Tea and English roses along with some glorious climbing roses.

The next garden is linked by a row of Maple trees where you will find North American roses and trees such as Red Oaks, and willows. The rose garden contains over 300 species of rose bushes and you can exit the garden to the parking lot via a wooden footbridge the road from here will link you back to Lassays’ main road where you will see the Medieval Gardens with the Castle in the background.

The Garden contains four-walled sections including the Green Carpet with its perennials, the herb Garden with huge rosemary plants and other medieval herbs, the Orchard and the Grove with fruit trees, and perennial flowers and roses.

Walking down from the Medieval Garden you will see what I call a lake but the French call a pond and beyond that pond which reflects the castle beautifully and where you will see the locals fishing is another lake. Along the first lake on the castle side, you will see small buildings on the edge of the Lassay River which at this point is not much more than a stream. These buildings are the ancient washhouses of Lassay where the laundry was done in the river.

Behind the Medieval garden, you will see the Castle which you can walk down by the lake and along the back of the castle. You walk up to the castle entry and can take a guided tour of this magnificent medieval fortress. Unlike most castles of this age which over the centuries have been abandoned, demolished or transformed into private residences, the castle of Lassay has survived with few major alterations.

The Castle is a rare example of 15th-century military architecture and its history includes being a military stronghold that straddles the three provinces of Normandy, Brittany and the Mayenne. The castle was besieged during the English invasions of the 15th century, the wars against Brittany and the religious wars of the 16th century. By the end of the 17th century, it became home to the Montalembert family and is open for tours during the summer months.

Castle Lassay, was built in 1458 on the site of an earlier castle demolished during the Hundred Years War. This imposing castle has eight towers, curtain walls, a Barbican and a two-storey gatehouse. It belongs to the Montalembert family and is open to the public during the summer.

Behind the castle is a gorgeous lake where the locals fish and there is a small stairway up to the Medieval Garden.

If you carry on with your walk on the Circuit du Lancelot you will follow the signs to Thibault Wood where you will see the magical statues and sculptures of Alain Legros. These beautiful wooden sculptures are all hand-carved by Alain in his workshop just down the road from the Castle.

Along the Lassay River, you will continue your walk until you reach the ruins of the Bois Frou Castle. There is not much remaining of this castle which was built around 1590 as a home for Jean de Madaillon and Judith de Chauvigné, Lady of Bois-Frou.

In 1769, the Marquis de Lassay gave this description: “I have in Bois-Frou, manor, house, stable, four towers at the corners of the main courtyard, a fountain with a water jet in the middle of the said walled courtyard. , and drawbridge and partly surrounded by a moat; another entrance courtyard, also enclosed by walls; two entry and exit gates; my founded chapel of Sainte-Anne, placed at the end of the courtyard; three small towers close to the said gates, a terrace below planted with espaliers, a dovecote and the six-pillar dovecote … “

The last castle on the walk is the Castle of Bois-Thibault which was built on a previous medieval castle that had been destroyed probably during the Hundred Years War.

This was one of the most important castles in the Mayenne and was originally owned by the De Logé family. From there the Castle passed into the hands of the Du Bellay family and finally the De Tournely’s.  The Castle was classified as a Historical Monument in 1925 and was acquired by the town of Lassay who began the process of cleaning and restoring the Castle. Today the castle and its ground host several festivals throughout the year organized by the Cultural Association of Lassay-les-Châteaux. Volunteers take visitors on guided tours on Saturday and Sunday afternoons from May to September.

Things to see in Lassay-les-Châteaux

The village is a very pretty one with some remnants of old medieval buildings still standing. There is an Irish pub called Victor Hugo in the village so named after the story of Victor Hugo’s visit and a letter to his wife about Lassay.

In a letter addressed to his wife in 1836, Hugo describes Lassay: “Since Alençon, I have seen Lassay, a charming little semi-wild town, planted right in the middle of side roads, which has three old castles, including two admirable ones that I drew. The third has only a few ruins located among the most beautiful and fiercest trees in the world”.

This picture-perfect little village has all those lovely French stone buildings with their odd-shaped roofs and tiny windows. There are some medieval remnants to be found and flowers, lots and lots of flowers. The town celebrates itself all year with gorgeous displays of bright colours and plantings everywhere.

Lassay is a market town and every Wednesday morning the main centre parking lot is closed for the market. You will find fresh vegetable vendors selling locally grown products, fresh organic salad greens stall, flowers and potted plants, locally produced goat cheese and honey, and even locally brewed beers, meat and fish directly from the farmers.

There’s also a roast chicken truck with the best chicken I’ve ever tasted and two food trucks selling galettes both with and without saucisse and some of France’s famous frites.

Across from the Mairie or City hall that is located on this small square are several shops including a lovely little delicatessen Luciles that specializes in organic eggs, some incredible Italian and local speciality cheeses (Parmigiano Reggiano DOP, provolone)  alongside  Italian and Iberian cold meats (San Daniele ham, bellota chorizo ​​from pata Negra, golfetta,).  The shop supports Fair Trade and also has some lovely artisanal gifts and items to decorate your home. As an added bonus you can enjoy a lovely tea or café on the small terrace out front.

La Brazza which is called a Tabac sells smokes, drinks and the best coffee in town and is a meeting place for everyone in the local area.

There’s 8 to Huit which serves as a small grocery shop with all the basics you need and the pharmacy almost next door to it is owned by an English-speaking pharmacist who goes above and beyond with her customer service. There are actually 2 pharmacies in the village centre, two insurance shops and two banks so pretty much something for everyone.

Just down the street across from the Pizza place is a wool shop and slightly further a boulangerie. Back up from there and opposite the Mairie (town hall) is Pub le Victor serving Guinness and you get to see the pub’s rabbit wandering around the square. There’s a Boucherie (butchers) a Kebab restaurant and several bars where you can enjoy a coffee or a stronger beverage.

The Boulangerie du Chateau serves up some of the most gorgeous patisserie you will see in all of France.

Aux délices de Lassay is the second bakery and has the best quiches and traditional french bread along with pastries available.

The town also contains several beauty/hairdressing shops – hey it’s France remember so there it at least 3 or 4 of these in every village no matter how small (just kidding – but maybe not).

Entrelacés Lassay Les Châteaux organizes some absolutely brilliant local festivals and artistic events around the area. The organization is operated as a non-profit and introduces the community to local events where everyone can participate and enjoy artistic events around the village. I can’t say enough good things about this group that mobilizes dozens of volunteers and introduces people to the amazing talent right here in the village.

Check out this fabulous local band the Gipsy Pigs on Youtube what a treat a band with electric guitar, tuba, trombone, drums and more.

Interested in reading more about visiting France? Here are some more articles for you.

Sainte Suzanne – One of the “Most Beautiful Villages in France”

The beaches of Normandy – lest we forget

Food in Brittany: Fall in love with the food of Bretagne

Castles of the Loire Valley France

How to visit the magnificent Chateau Chenonceau 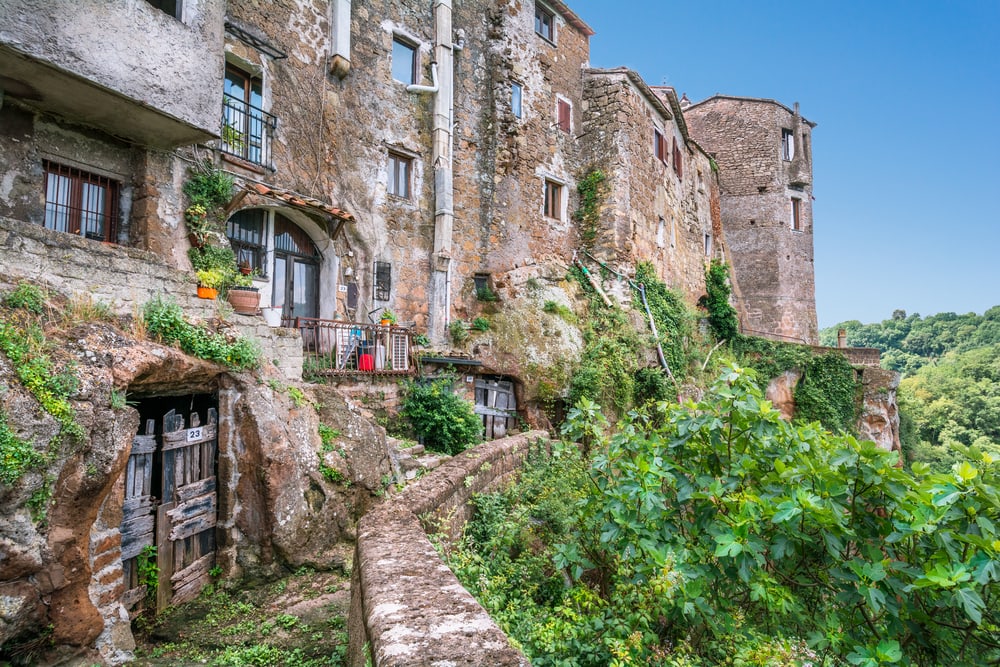 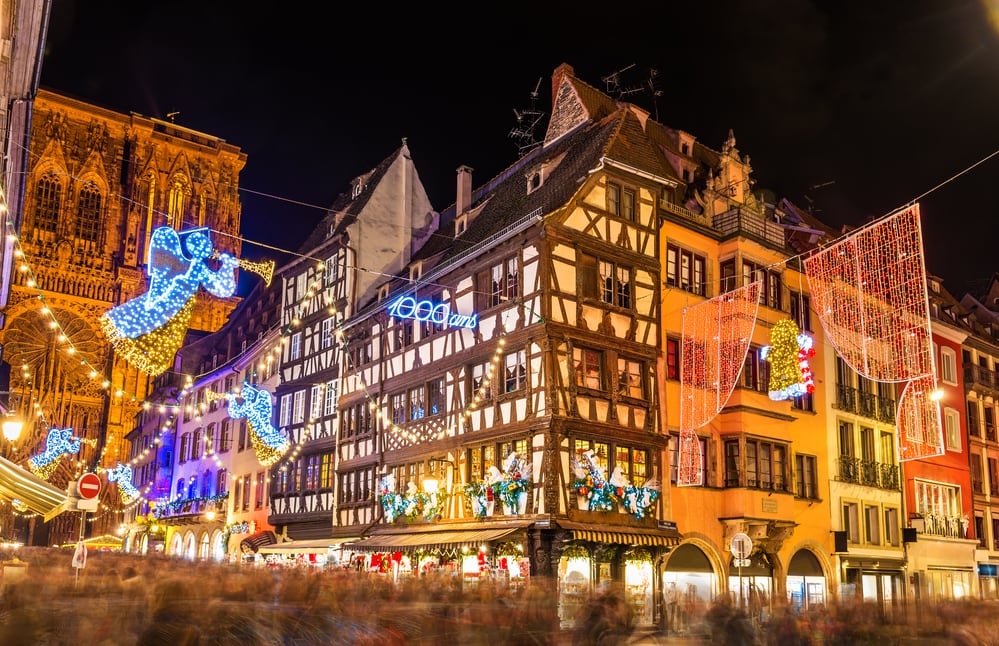 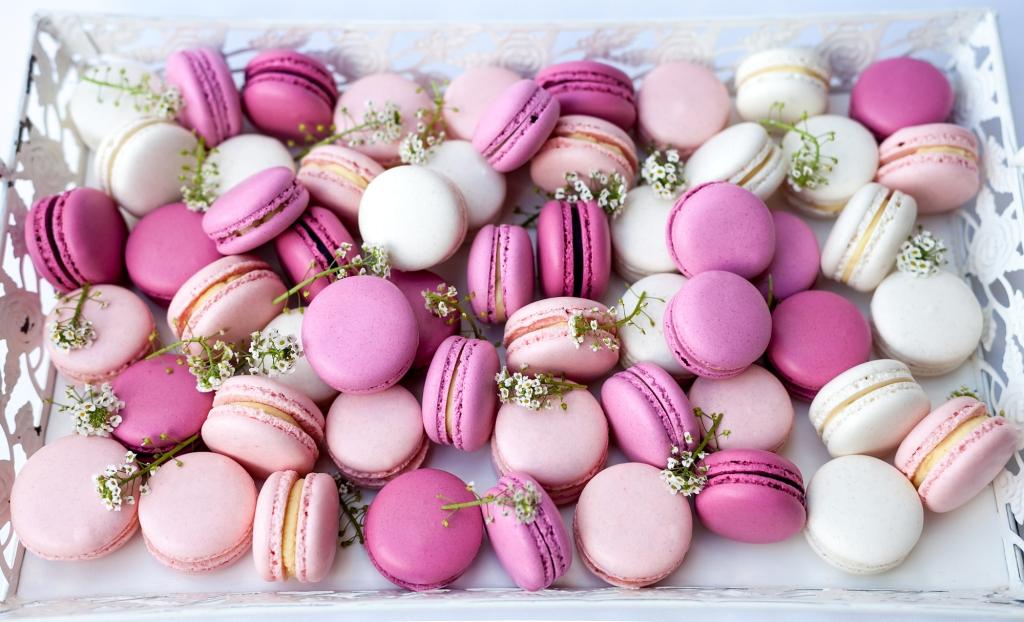 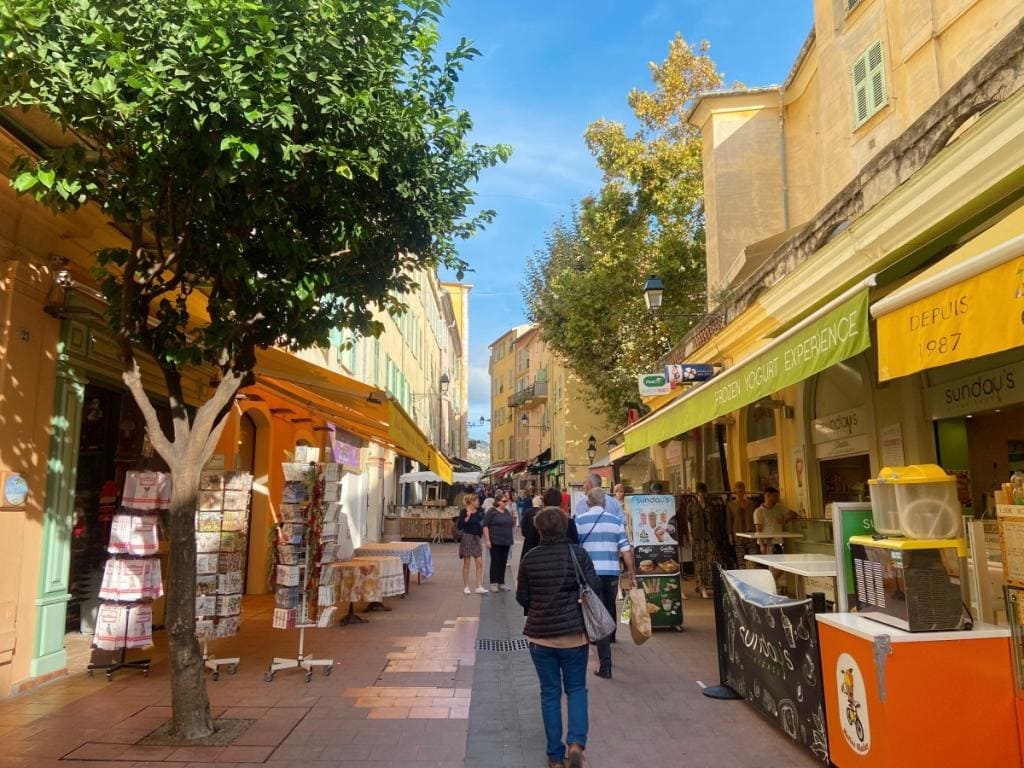 One fabulous day in Menton France

Remarkable Rouen: Things to do 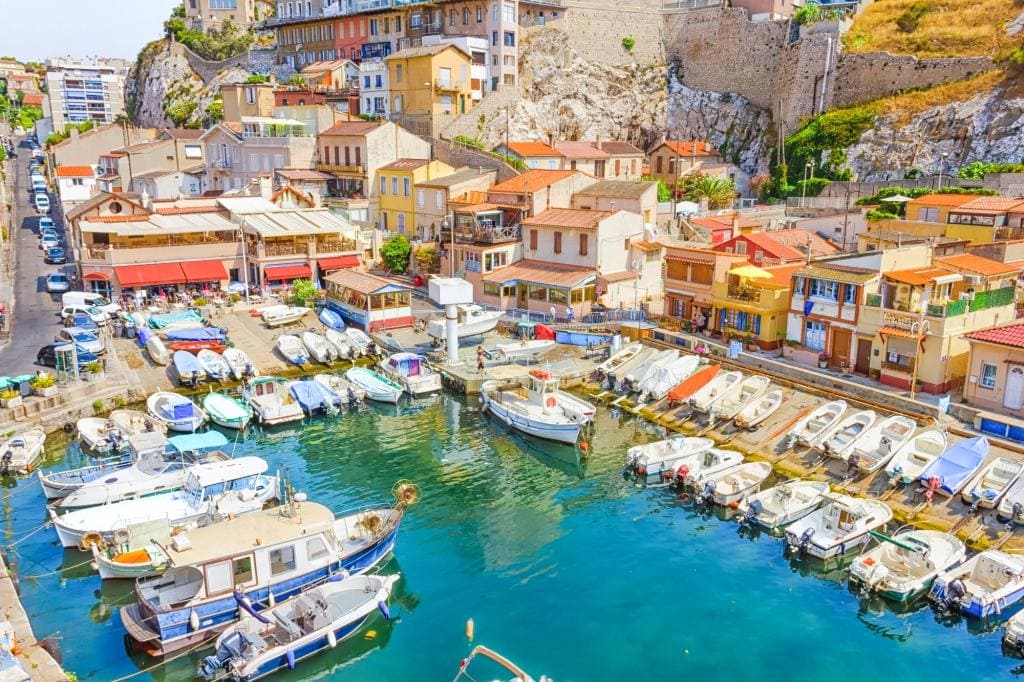 Touring the south of France: A guide to planning your French Road Trip

Saint-Céneri-le-Gérei plus beaux villages: The beautiful villages of France

Chinon France: A Royal Fortress and a medieval city