8 of the best country pubs in Warwickshire a road trip 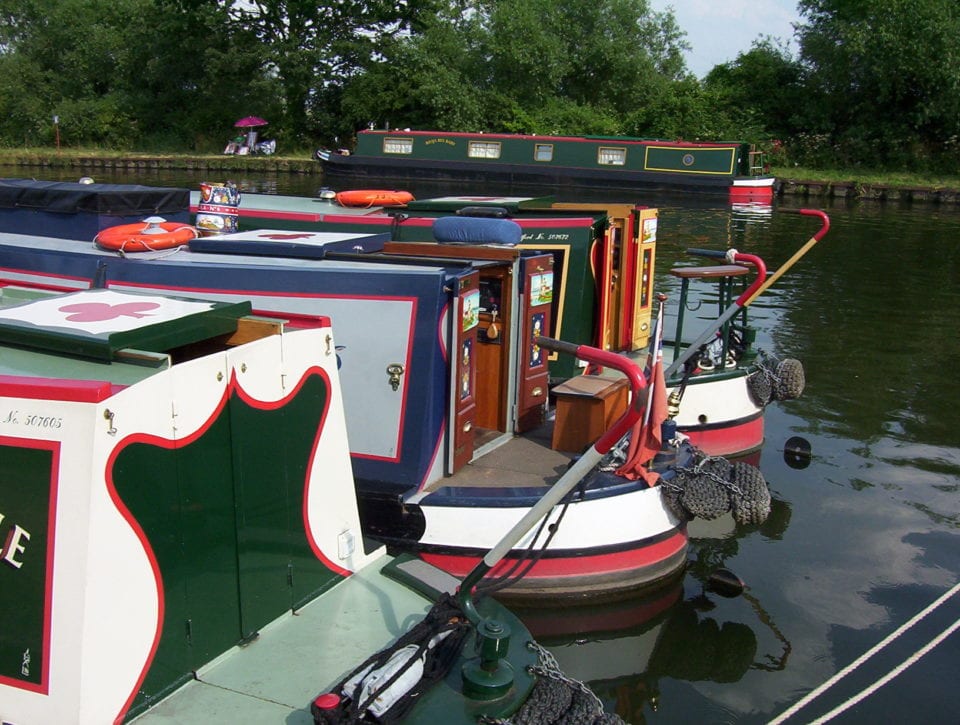 Pubs and England go hand in hand and a pub with a garden is the best pub of all. In the height of summer in Warwickshire, there is nothing better than finding a fabulous country pub to sit outside in the garden and have a pint or two. If that pub is canalside even better. 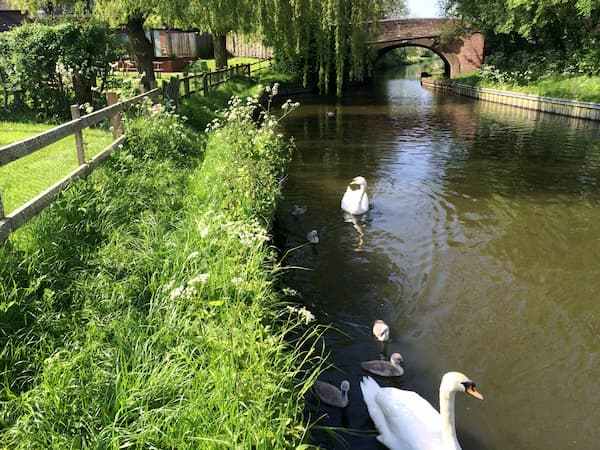 Watching the pretty narrowboats cruise down the riverways makes for an idyllic afternoon. It is tempting to get on the phone and book my own narrowboat adventure. Good pubs in Warwick are not difficult to find and many have some absolutely great pub food.

The Canals that run throughout England also head into Scotland and Wales. They are a major network of waterways with a truly colourful history. If you watch Peaky Blinders you will note that they are usually hanging out receiving all kinds of “goods” via the canals.

A force to be reckoned with during the Industrial Revolution the canals were a major source of transport and irrigation. After years of neglect, the canal system is now being increasingly used and coming back into fashion. 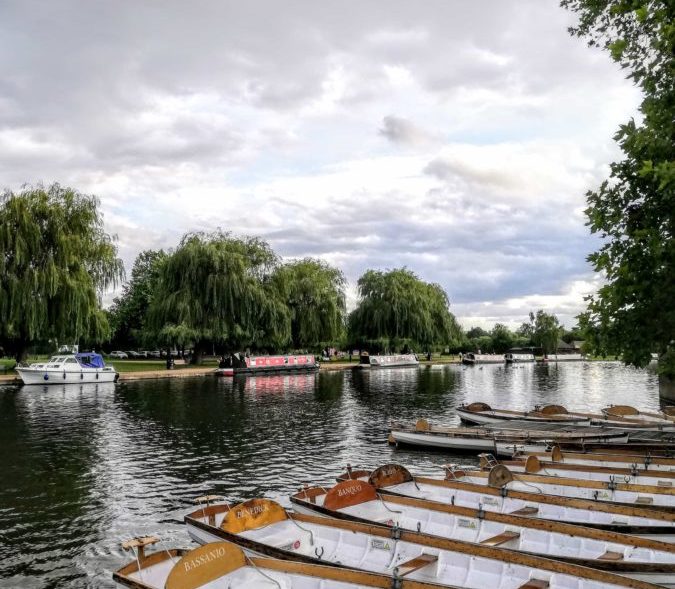 Most of the Canals are maintained by the Canal & River Trust, and the majority can take boats up to 72 feet long.

It was a writer  L. T. C. Rolt, who wrote a book in 1944 called Narrow Boat about a journey made in the narrowboat Cressy. With the success of the book and the founding of the Inland Waterways Association weekly boat hire companies began to spring up. 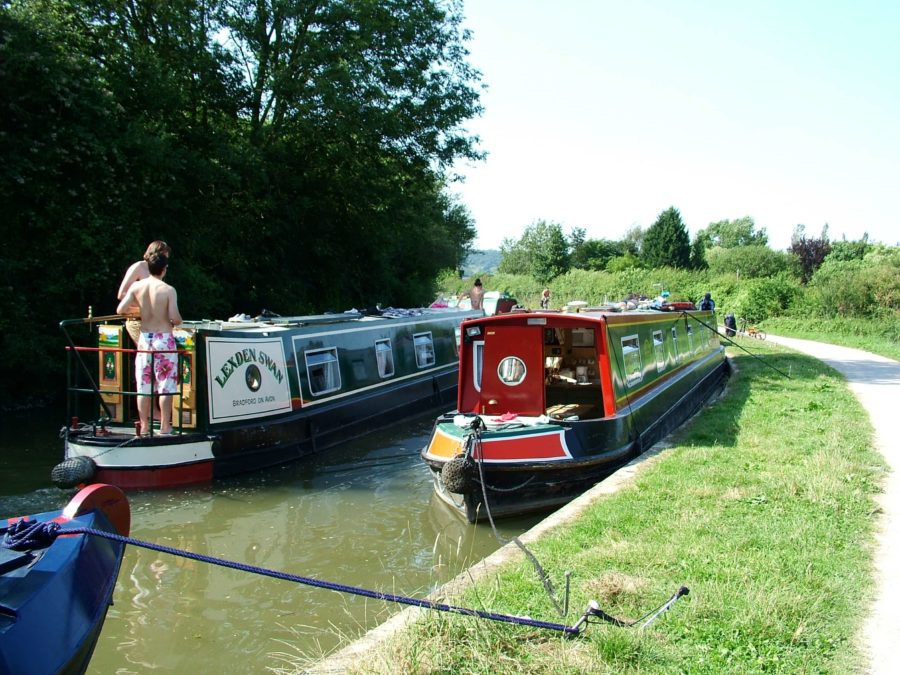 British holidaymakers began to rent narrowboats and started boating along the canals visiting the various towns and villages along the way. As a result of this pubs, cafes and restaurants began to spring up along those waterways.

These days there are around 2,200 miles of canals and rivers throughout the UK. Most of them are linked into a single English and Welsh network that runs from Bristol to London, Lancaster to Ripon in Yorkshire and Liverpool to Goole this connects the Irish and North Seas with the rivers Mersey, Humber, Thames, Severn and Ribble.

These are not connected to the Scottish canal routes that run from Glasgow to Edinburgh and Inverness to Fort William via Loch Ness. 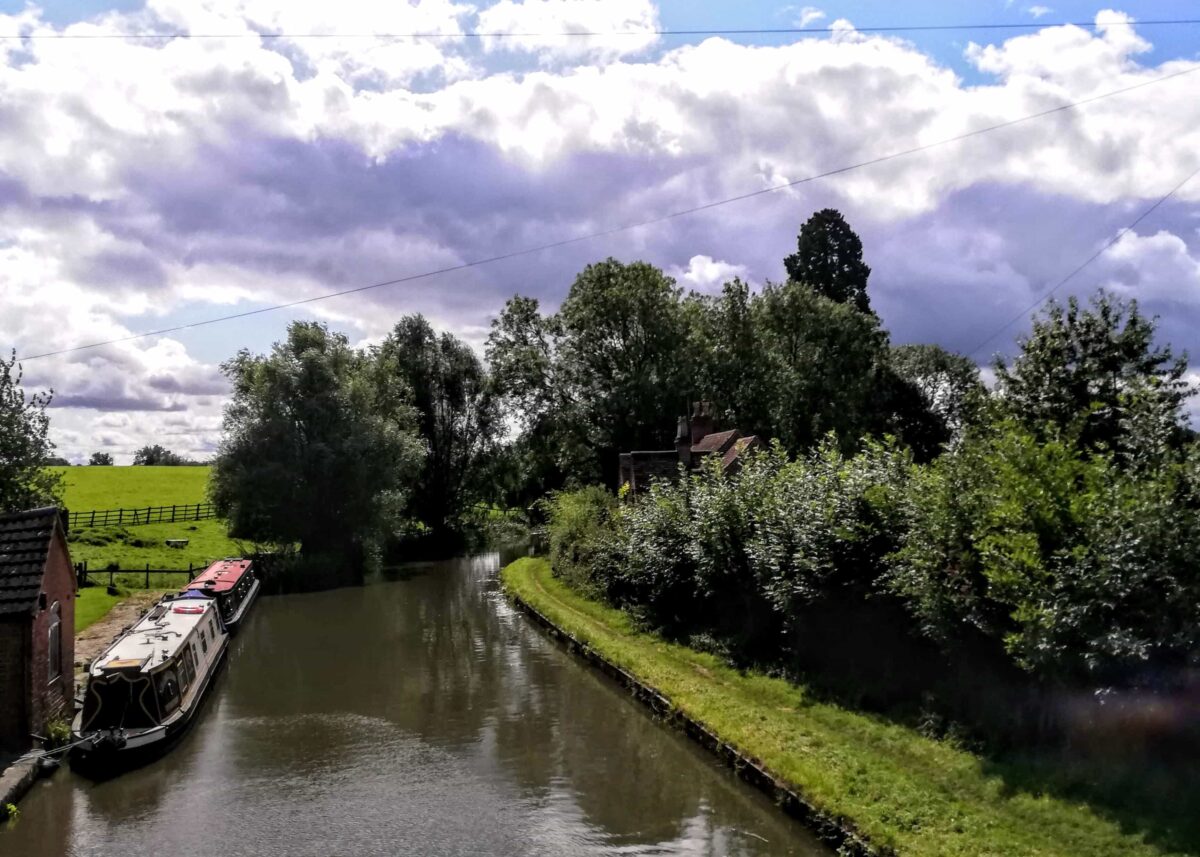 As we were house sitting in Warwickshire we decided to check out the locks and canals for ourselves and enjoy some of the pubs that came highly recommended.

The Warwickshire Ring is a series of interconnected canals that form a “ring” around the West Midlands in England. The ring is formed by the Stratford upon Avon canal, the Grand Union, the Oxford, Coventry and Birmingham & Fazeley Canals.

The Warwickshire ring is an extremely popular destination for narrowboat cruisers due to its scenic routes and popular stops through what is known as Shakespeare’s England. The ring has 115 locks to navigate and is around 106 miles long. 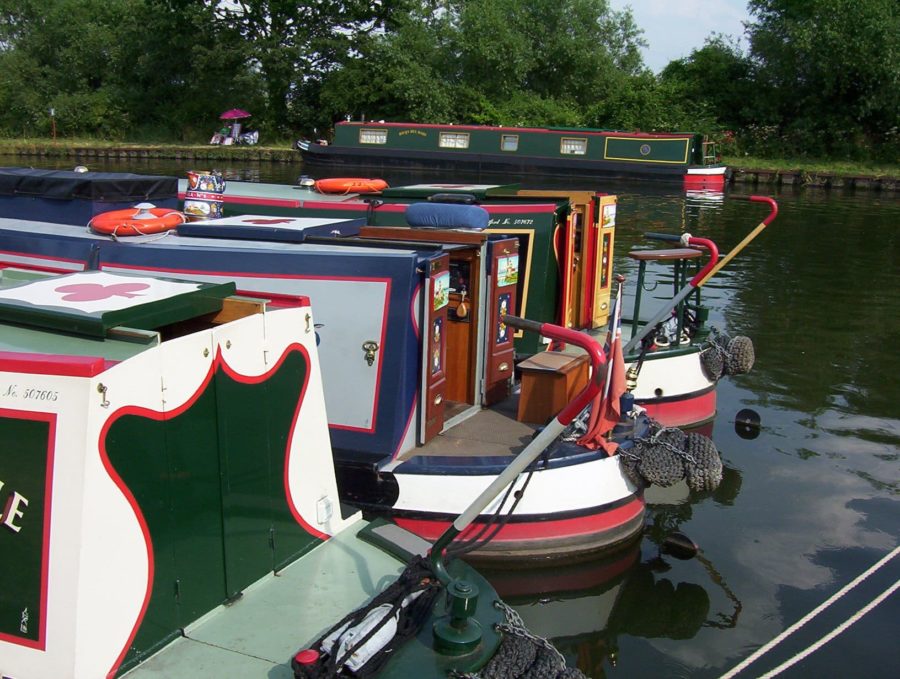 There is something for everyone around the Ring from grim and dirty industrial areas in major cities to rolling countryside views and natural havens. You can see brilliant tourist sites along the Grand Union Canal like Warwick Castle,  and with small detours, you can make stops in Stratford upon Avon and visit Shakespeare’s birthplace. Or how about Coventry and its grand cathedral. Warwick is a pretty town to visit with its wattle and daub architecture. Or head towards Leamington Spa and the Jephson Gardens.

You will be astonished at the narrowboats climbing the Hatton Locks all 21 of then which raise the narrowboats by hundreds of feet. There are aqueducts dating back to Roman times that carry the narrowboats over the main road and larger rivers that you pass right under when driving. 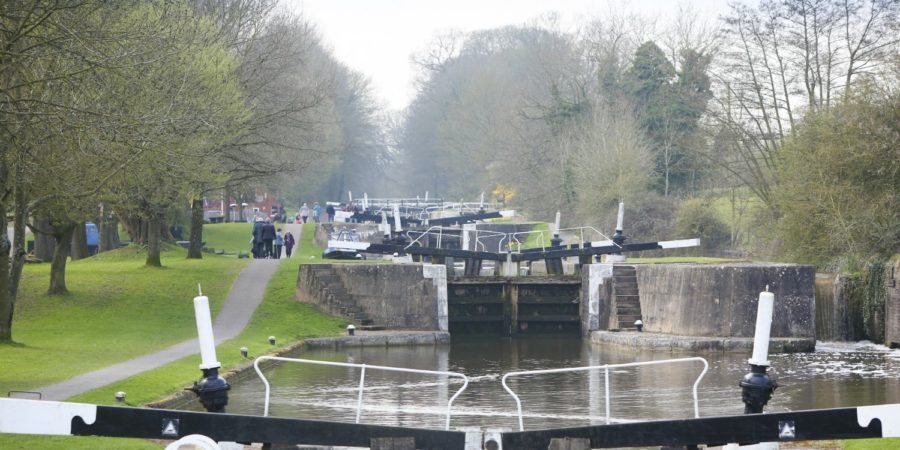 8 Canalside Pubs with a map

We started our pub crawl at the Black Boy Pub near Solihull Warwickshire. The name is not what you might think. Pubs across England are known as the Black Boy which was King Charles II nickname given to him by his mother.

The pub was built in 1793 to stand by the canals and serve the cruisers on the Grand Union. It is an absolutely lovely pub both inside and out. The gardens backing onto the canal are beautifully peaceful and a real treat. 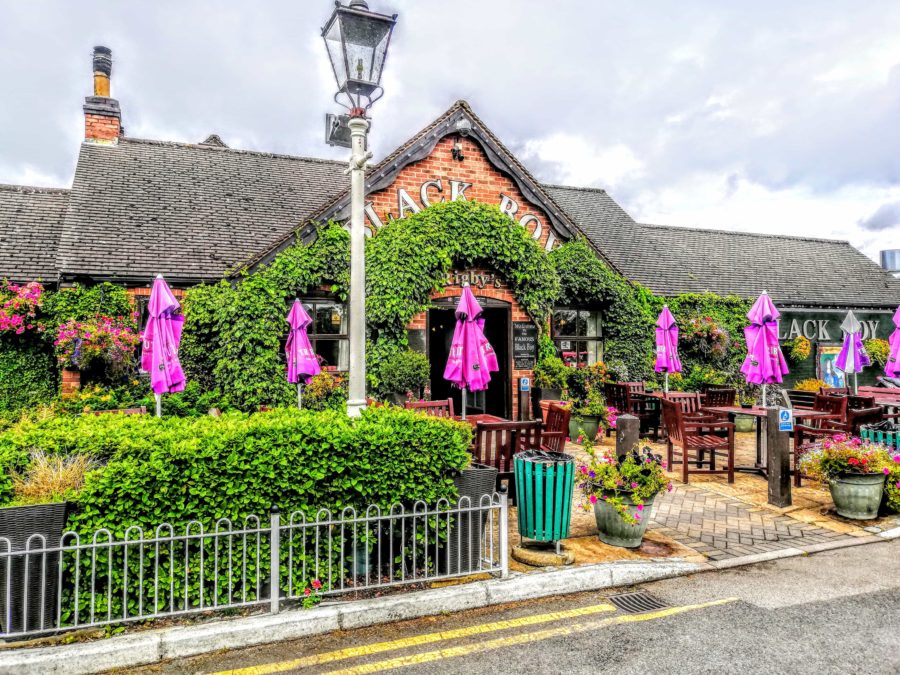 I would advise not to eat the food though as it was diabolically bad. The service is also pretty terrible and I just don’t understand a family-owned pub that brags about its food being the worst we have ever encountered. 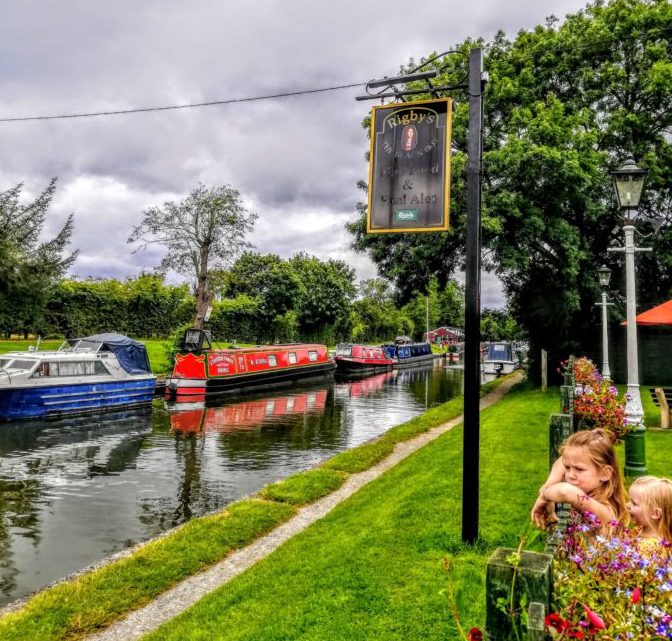 The pints are good and the drinks cold so you can enjoy these by the canal.

Next stop for our Canalside pub crawl was The Boot at Lapworth. Award-winning food and a brilliant selection of beers and wines what’s not to love?

They even have a teepee in the garden you can rent for special events. The Brits call this a “posh” pub not that its fancy or anything it’s just great food, great service and awesome wine list. 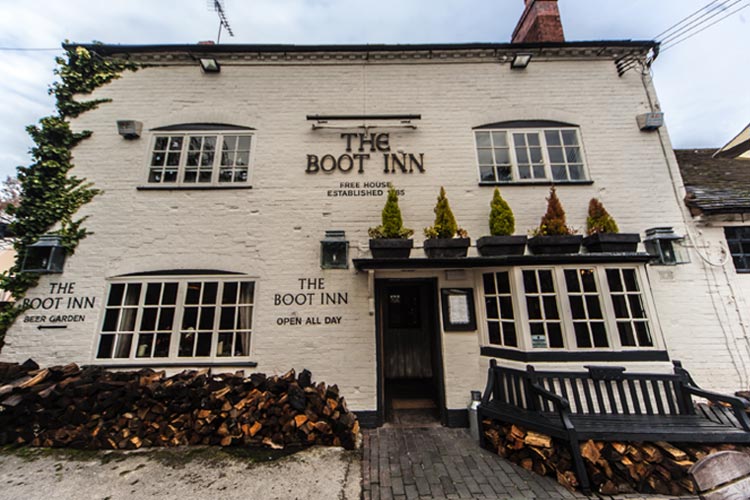 The Boot Inn is located on the old Warwick Road, close to the Lapworth Lock Flight on the Stratford-upon-Avon Canal, regarded by many to be one of the most interesting flights of locks on the English Waterways. In March 1863 Royal Wedding fever hit Lapworth, and the Boot Inn became one of two centres of patriotic celebrations when the Prince of Wales was married to Princess Alexandra of Denmark.

The next stop the Navigation Inn. Dating back over 200 years The Navigation was originally built to service the needs of the navies (workers) while they were building the Stratford Canal, which runs through the pub grounds.

Another exceptional stop with beautiful gardens facing the canal they serve a solid selection of British favourites and the prices are very reasonable. You can have a fabulous Steak, Mushroom & Ale Pie for £8.25 or grilled Plaice or battered Haddock, chips and mushy peas all for £8.95.

From the Navigation Inn, we move on to the Tom O’the Wood at Rowington. Quite possibly my favourite pub it’s got a great parking lot and a superb Sunday lunch roast dinner. Lot’s of parking lovely views of the narrowboats passing by and a great pint.

If you don’t know what a traditional British Sunday lunch (also known as a carvery) is then you are in for a treat. Your choice of roast meats (lamb, chicken, beef and occasionally turkey or ham), roasted potatoes, Yorkshire pudding, lots of gravy, swede (turnip), carrots, and cabbage. 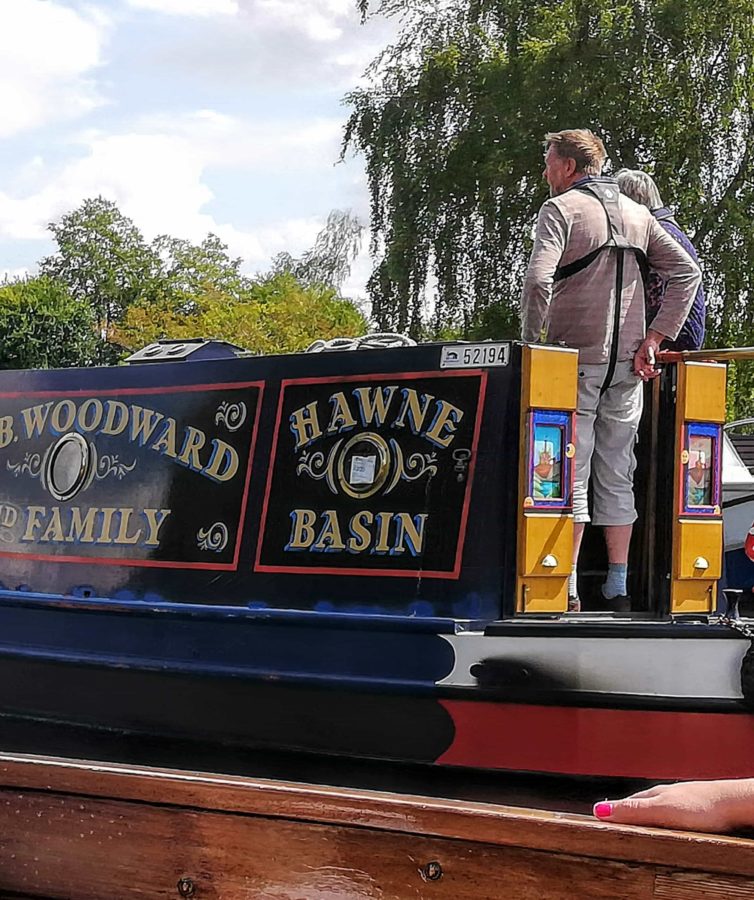 The pub is run by Chris & Charlie, who source all their ingredients locally and hand-rear the pigs which feature occasionally on the specials menu.

From the peaceful and stunning Tom o the Wood we drove on to the Fleur De Lys.  The tiny picturesque village of Lowonsford is home to the Fleur which has been around since at least the 16th century.

The gardens beside the canal have over an acre and are beautifully kept. There is a children’s playground and seating in the garden with over 30 tables. 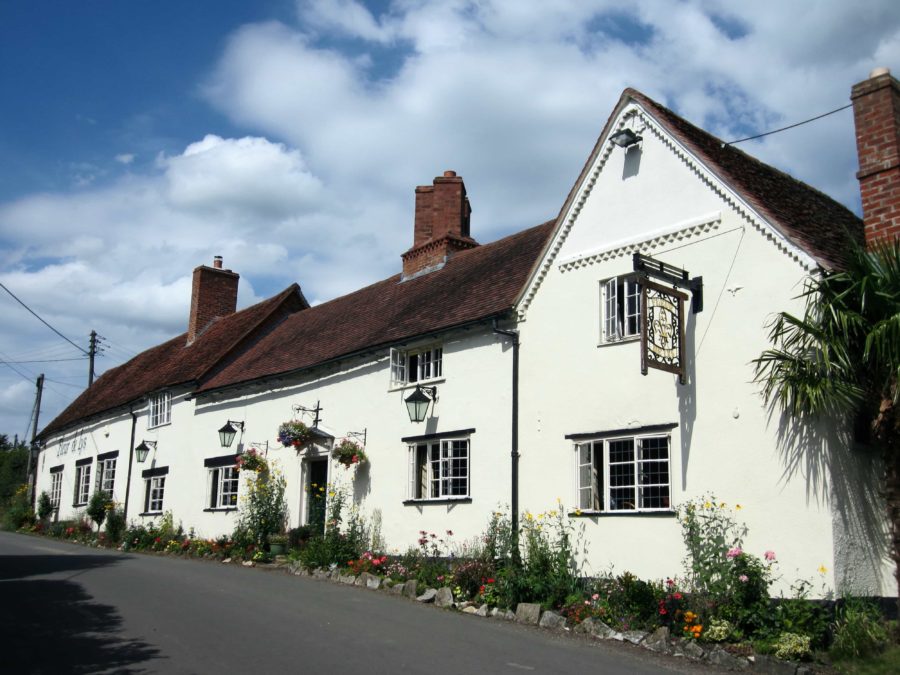 About 10 minutes from Henley in Arden – don’t forget to stop and get some of that amazing Henley icecream. The Fleur makes for a beautiful afternoon of pints and great food.

The Durham Ox, a country pub and restaurant, is situated between the railway and the motorway. Built in the 18th century, the pub supplied beer to the navvies building both the nearby canal and railway. The name is said to derive from a famous beast of that name which was exhibited at local cattle shows. 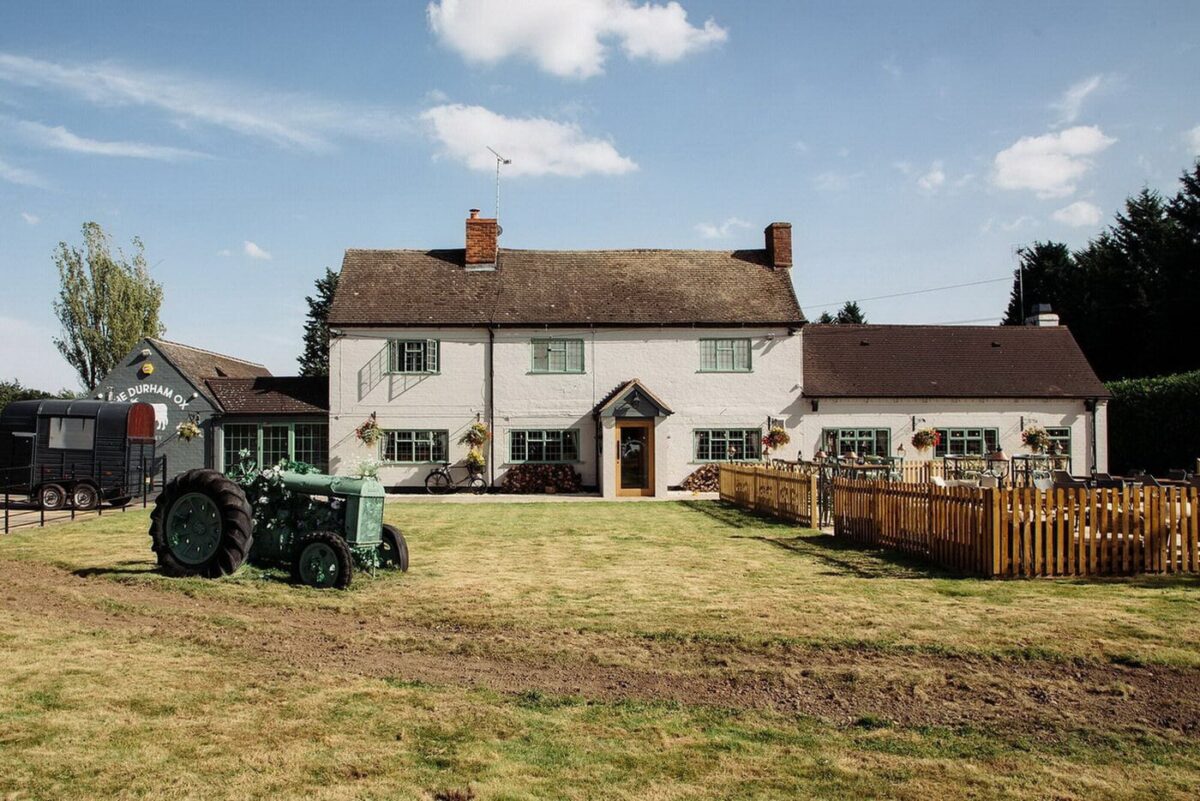 The Durham Ox has been completely renovated with new owners and a gorgeous garden for enjoying the sun any time of year. There are also tipi’s yep tipi tents that can be used for wedding and other events.

The Hatton Arms is believed to be the second oldest pub in Northamptonshire and is quite possibly the first pub in England to have a black landlord. In the 1600s James Chappel was a servant to Elizabeth I Lord Chamberlain Sir Christopher Hatton. According to the stories James rescued Sir Christopher’s family during an explosion that happened when they were visiting Guernsey. James reward was a very good pension and given the tenancy and Landlord post at the Lord’s Arms as the Hatton Arms was known at the time. 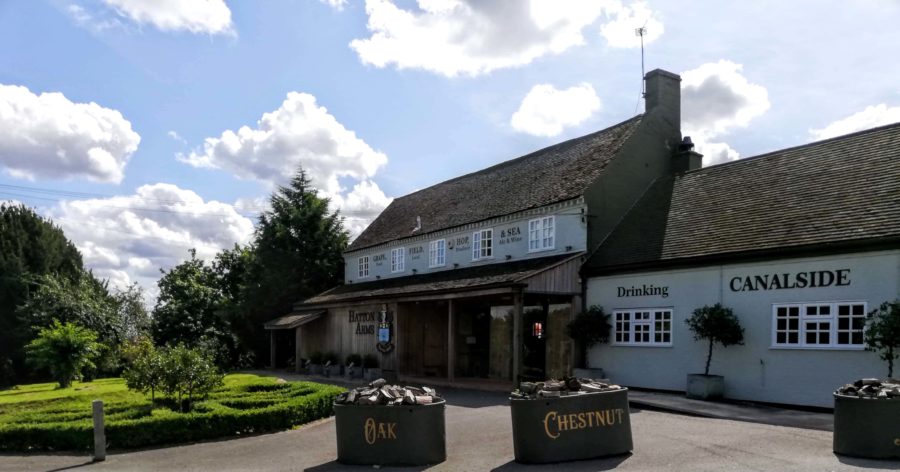 It is believed that the oldest part of the pub dates back to the 14th century. There is a beam in the bar that bears the three crowns mark and is said to date to 1100. During WWII the pub was frequented by airmen from the nearby bases. These guys would leave a coin in the cracks of the beam before flying a mission. The goal was, of course, to return to the coin to buy a drink. 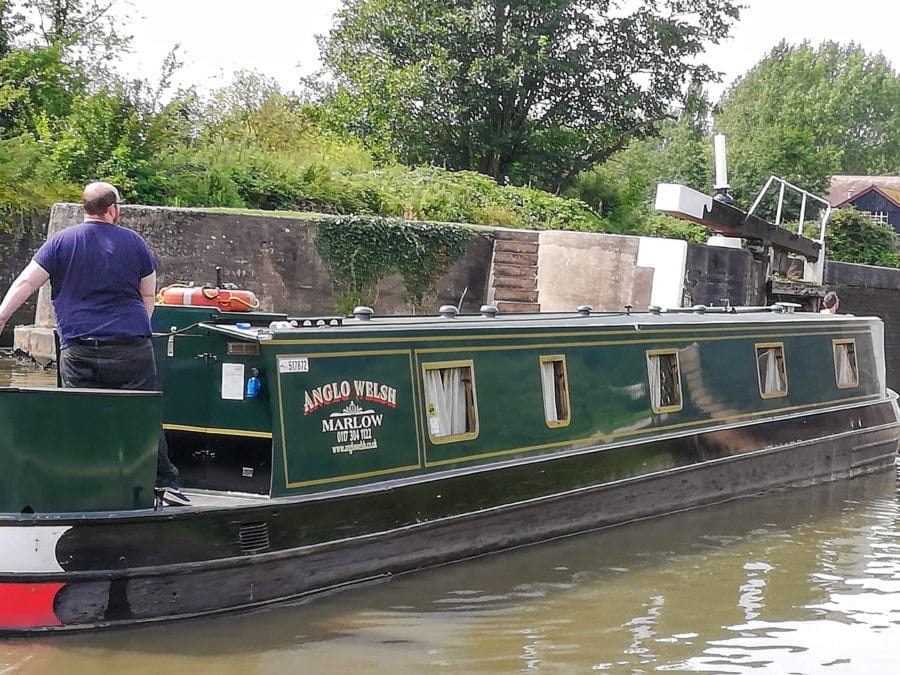 There is also a story about the beam which lies over the inglenook in the bar. A previous landlord is understood to have broken his neck on it one night when standing up too quickly to tend the fire, possibly after drinking too much of the local brew!

The Crabmill at Preston Bagot

The Crabmill was apparently a cider mill and can trace its beginnings back three centuries. The pub has a half-timbered exterior and you can see the small leaded glass windows in the building. Inside there are flagstone floors and cooked beams to sit beneath. 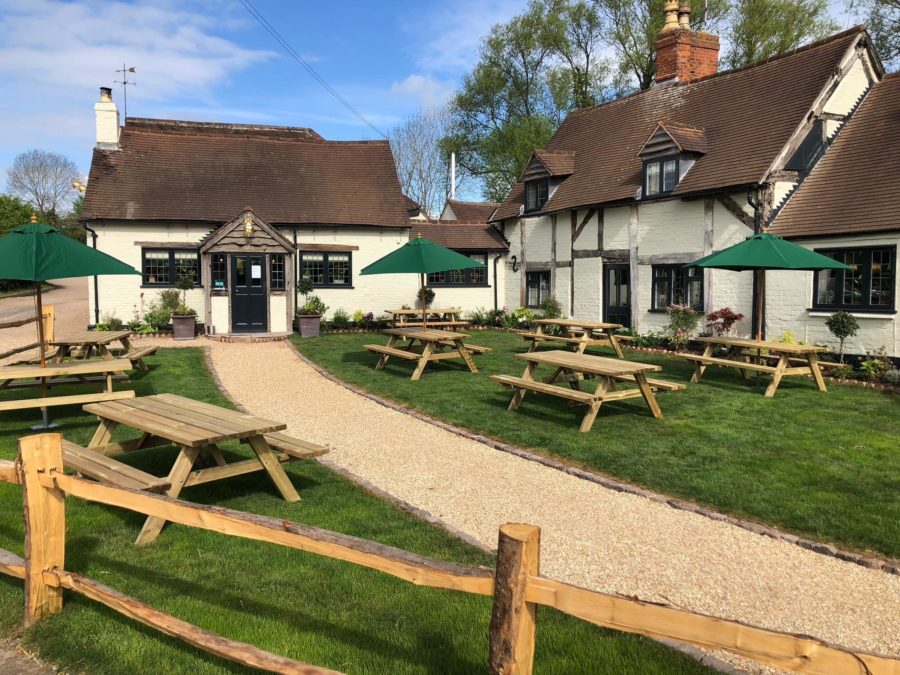 Warwickshire is one of the prettiest places in England to take a Sunday drive through. Tiny rural villages with gorgeous historic architecture, loads of waterside pubs to relax and enjoy the gardens. And all the advantages of the larger cities like Warwick, Leamington Spa, Stratford upon Avon and so much more to enjoy.

Have you been to Warwickshire? What was your favourite country pub?

This looks like so much fun and a great way to explore the area. We did rent a boat on the Norfolk Broads which is sort of similar without all the locks.

This looks like so much fun! I love the idea of docking and heading straight to the publ

Oh come on, this is soooo my kind of trip! Seeing some cool new places and enjoying the publife 😀