A perfect day out for the family

Just around the corner from where we are housesitting we saw signs for the Museum of Berkshire Aviation and thought we would take a look one Sunday.We found the Aviation Museum tucked into a park where a lot of folks were dog walking.  Pulling into the parking lot the Museum was on our left and appeared to be two nondescript large steel warehouses.

House Sitting for Newbies all you need to know

We didn’t expect much to tell the truth as the buildings were very small but parked outside were a couple of interesting planes.  We entered the building and were met by a couple of volunteers and we paid our £3.50 and went in.  Well we were pleasantly surprised the Museum was chock full of plans, helicopters, drones and many displays dating from early aviation history.  Apparently, the museum is completely run and operated by volunteers and donations and it is quite remarkable. 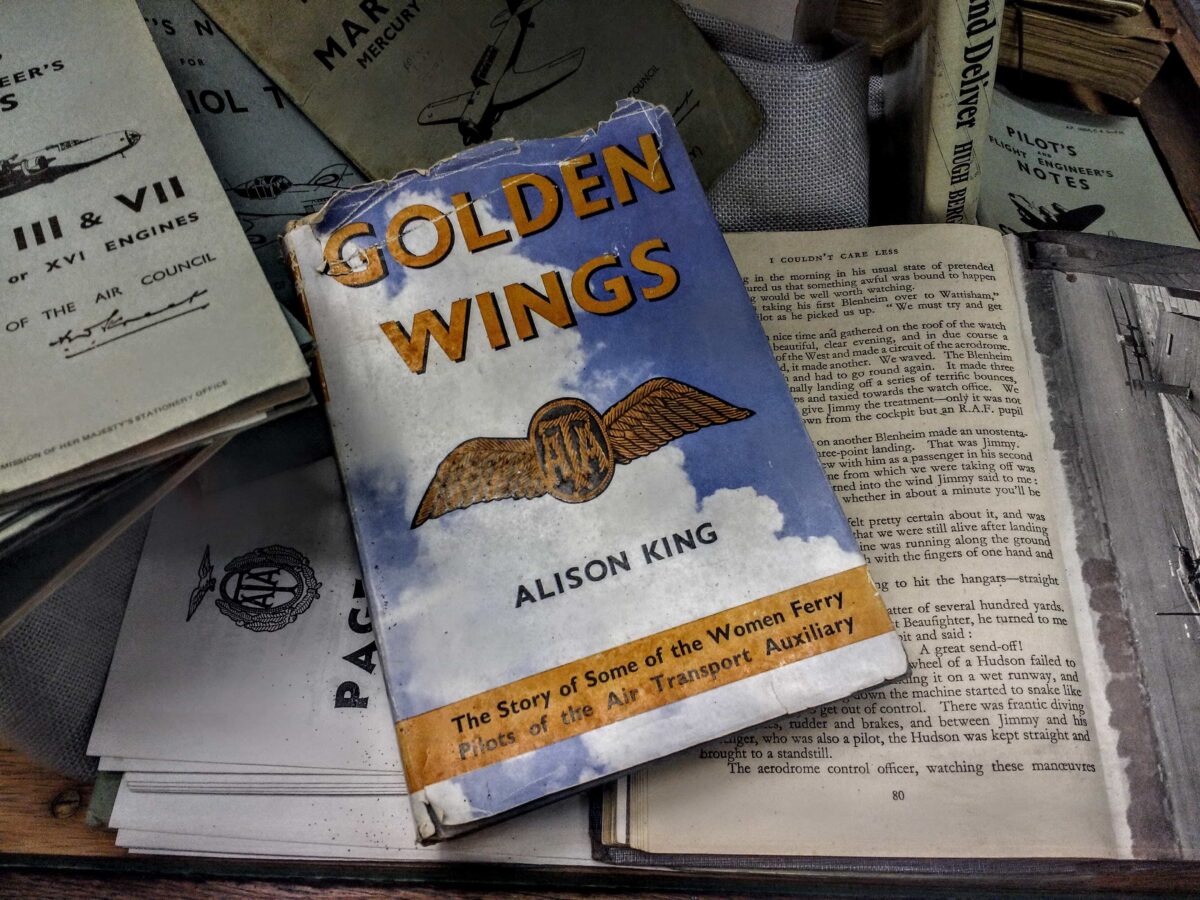 Wandering around the displays we were met by a volunteer who noticed our interest and he began chatting with us.  My husband was fascinated by the engine sizes so he and the volunteer had a great talk about horsepower and the like.  The volunteer was engaging, obviously passionate about the work of the museum and he introduced us to many displays and some incredible restoration work taking on by the volunteers some of it spanning over 15 years of work. 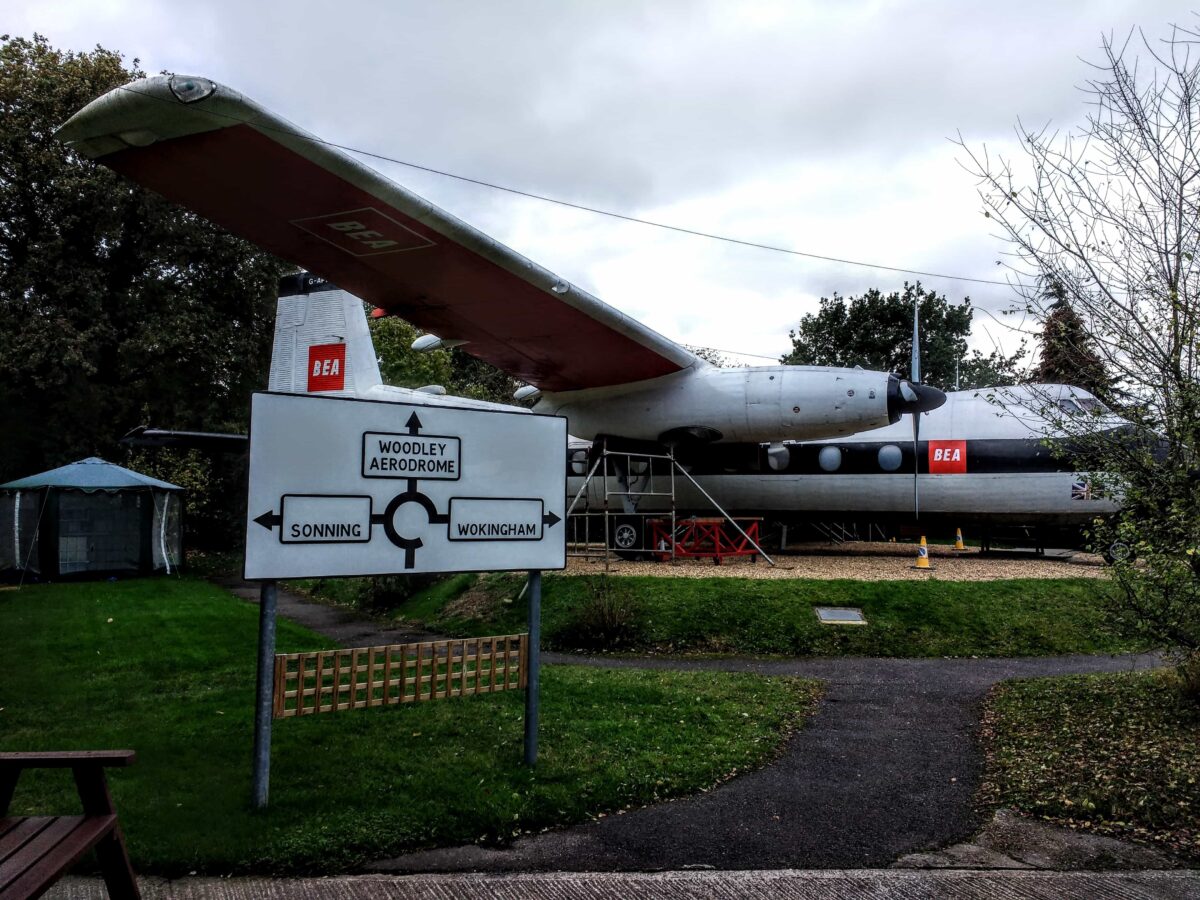 Apparently the Woodley Airfield (which is now covered in houses) was once the centre of a thriving aviation industry.  The airfield has seen many an aviation hero from Charles Lindbergh to Douglas Bader.  In fact Lindbergh purchased a Miles Mohawk Aircraft at Woodley in 1936.  The Mohawk that Lindbergh had built became one of the most important communications planes of WWII. 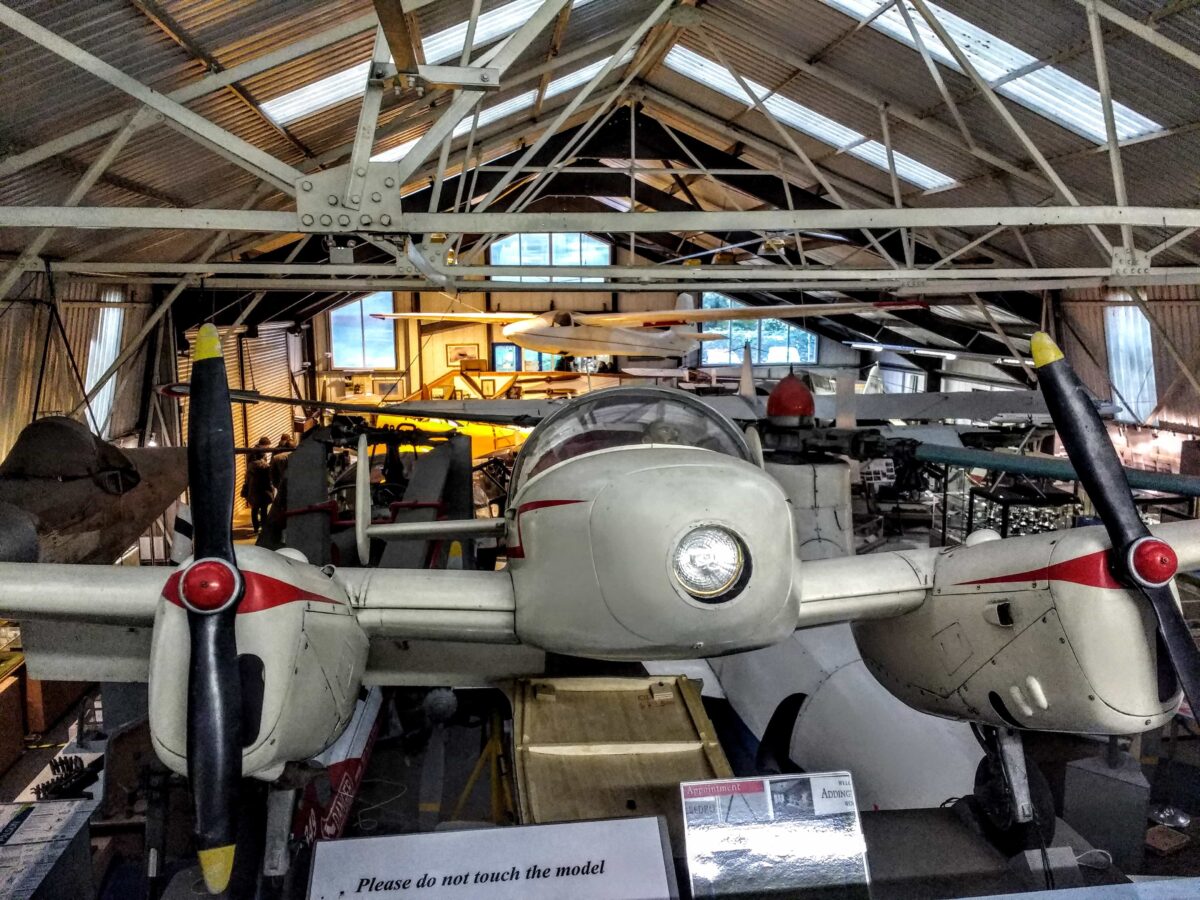 It was at Woodley that the legendary Battle of Britain fighter pilot, Douglas Bader,  lost his legs in a flying accident in 1931. Bader was 21 at the time and was attempting some acrobatics, the crash was a result of the wing hitting the ground and causing the plane to roll.

Bader’s legs were crushed and it was doubtful that he would even survive the accident. He was taken to the Royal Berkshire Hospital where one of the best surgeons in Britain amputated his legs. Bader obviously survived and went on to become a great aviation hero during the War. 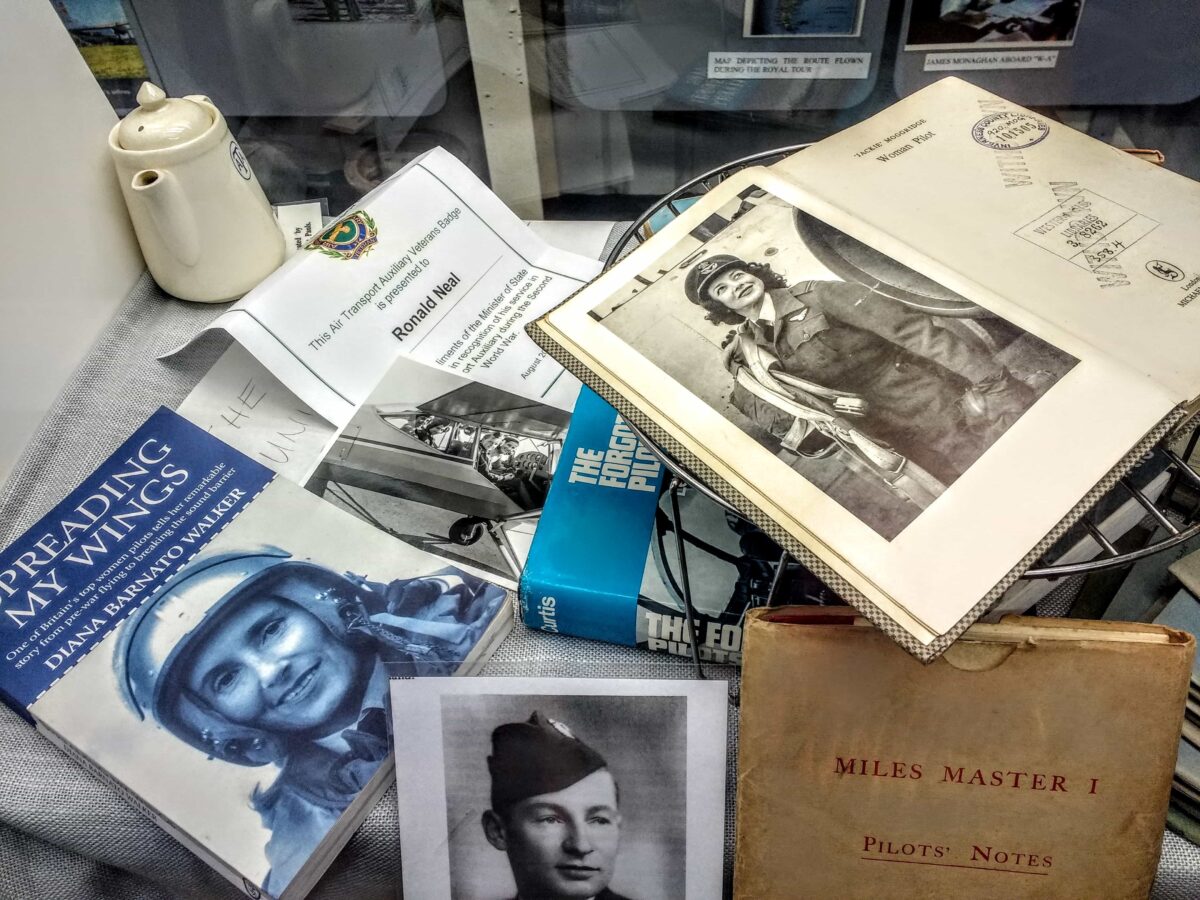 Other notable pilots included several women such as Amy Johnson who was a solo long-distance pilot who set many records and served in the Air Transport Auxiliary during the war.  The history of women in Aviation was fascinating to me. Another great pilot was the America Jacqueline Cochrane who flew with the ATA in 1942 from Woodley Airfield. Lettice Curtis another ATA pilot set a ladies world speed record in 1948.  Lettice was 99 when she died in 2014 but when she was 77 she gained her helicopters pilots license.  Her life was an incredible history of women in flight.

Lettice Curtis, who has died aged 99, was arguably the most remarkable woman pilot of the Second World War, flying a wide range of military combat aircraft with the Air Transport Auxiliary (ATA) and being the first woman to qualify to fly a four-engine bomber. 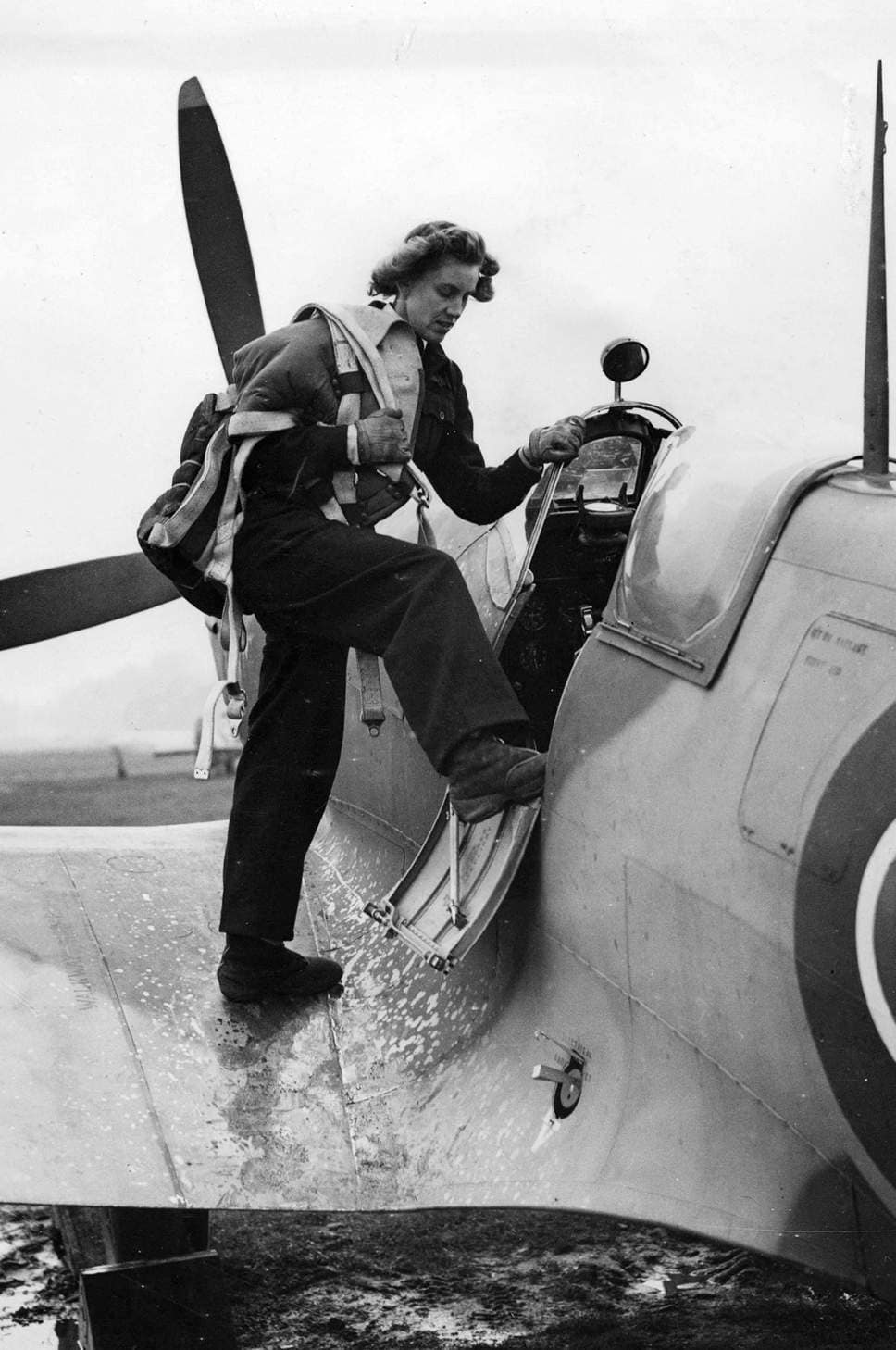 I have long heard family stories of an Aunt who was in the ATA during the war and these unsung heroes have only recently begun to be recognized for their contributions to flying and the war effort. I am sure there are many stories that remain to be told of these courageous women.  If you want to read more check out the ATA  Museum page here.

The Museum’s main focus is on the Miles Aircraft, which from 1932 until the late 40’s was called Reading Aerodrome. Many of the projects worked on by MLA were for the Ministry of Defense and classified top secret. These included black boxes, ejector seats, pressurized helmets, a flying jeep and a remote-controlled flying surveillance unit, called the Sprite. 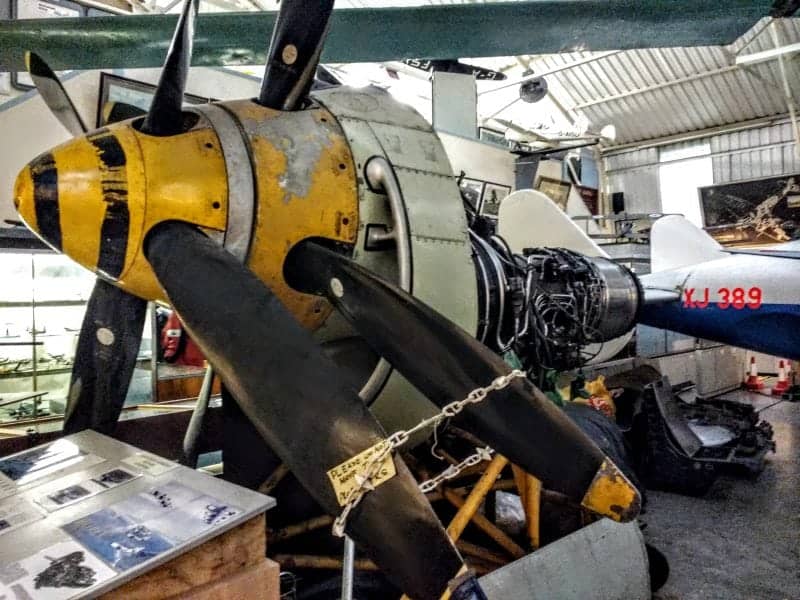 The volunteer told us this tale about the M.52 at Woodley, sounds very similar to a Canadian story about the Avril Arrow, governments being told to interfere to stop something only to handle over all the information to the U.S government who had the money to take on these projects and call them their own. 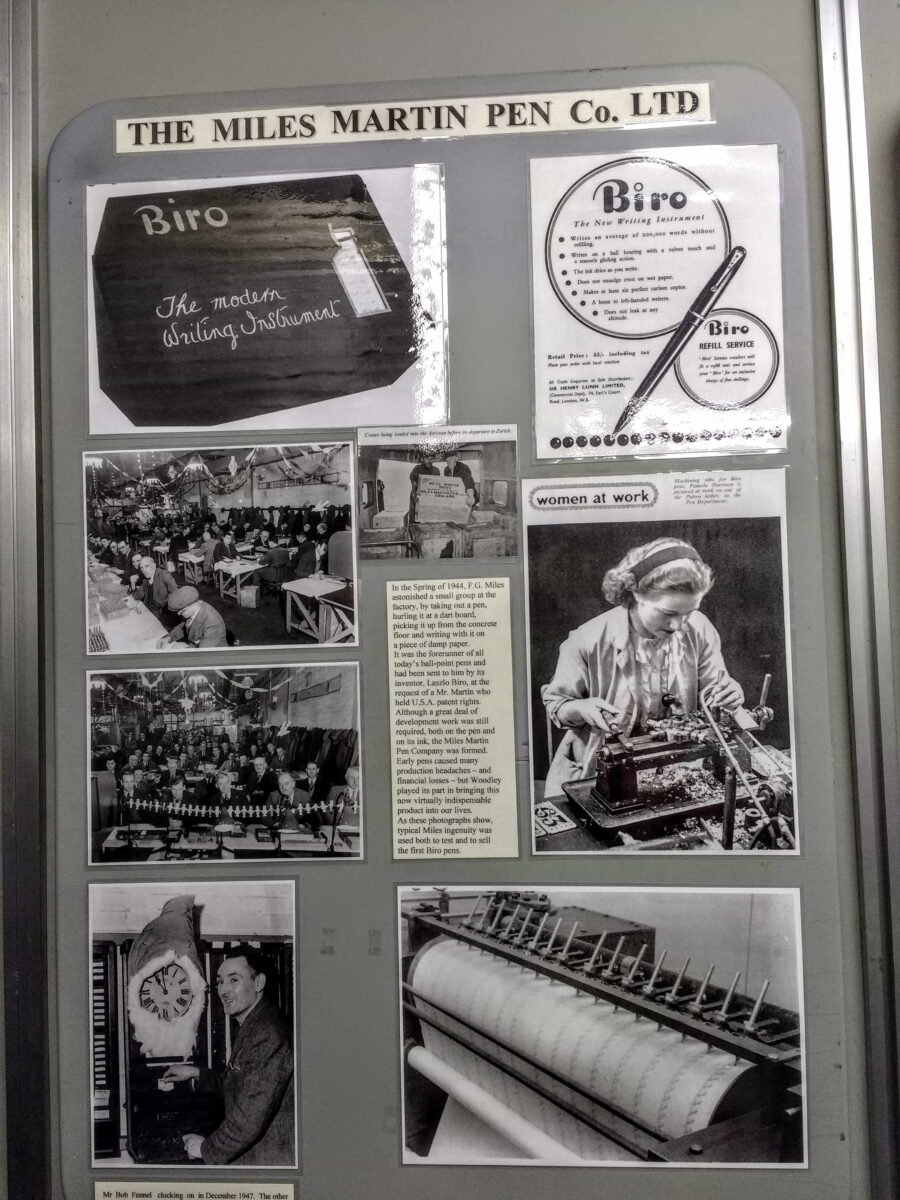 “A scale model of the M.52 shows Miles Aircraft was a leading light in the aviation industry in its heyday. The M.52 was to be the first supersonic aircraft in the world, but the Government-funded project was cancelled abruptly. Mr Kite said: “It was assumed by Ben Lockspieser, the Minister of Aircraft Production, that it was too dangerous to risk pilots’ lives trying to get through the sound barrier.” To add insult to injury Miles Aircraft was ordered to hand its work and designs over to the American Bell Aircraft Company. A year later Major Chuck Yeager, of the US Air Force made the world’s first supersonic flight in a Bell X-1.”

Even HRH has made a visit to Woodley to commemorate the absolutely outstanding restoration of his Handley Page Herald aeroplane.  The HP Herald was flown by the Duke on a tour of South America, this plane was designed and built at Woodley. The restoration work has taken 4 years and the Duke came to visit the plane when it was finally “finished” to this day however volunteers are still searching for items to complete the plane. 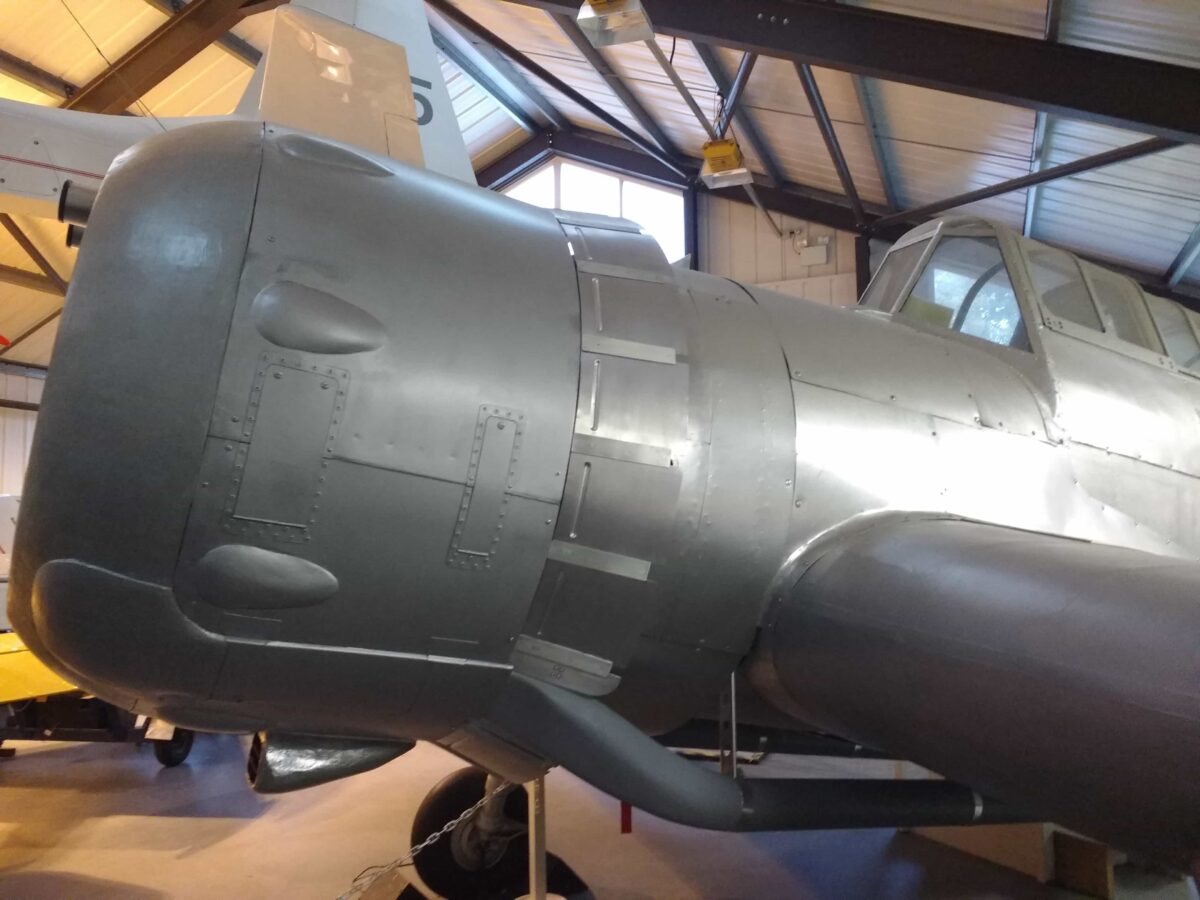 Here’s an interesting bit of trivia the “biro” was invented by the Miles Martin Pen Company right here at the Woodley factory. It was designed for “flight” so pilots could write in the air.

According to the volunteers “Everything in this museum was either made in Berkshire, flown in Berkshire or crashed in Berkshire and there was a lot going on in the field of aviation here in the 1930s, 40s and 50s.”