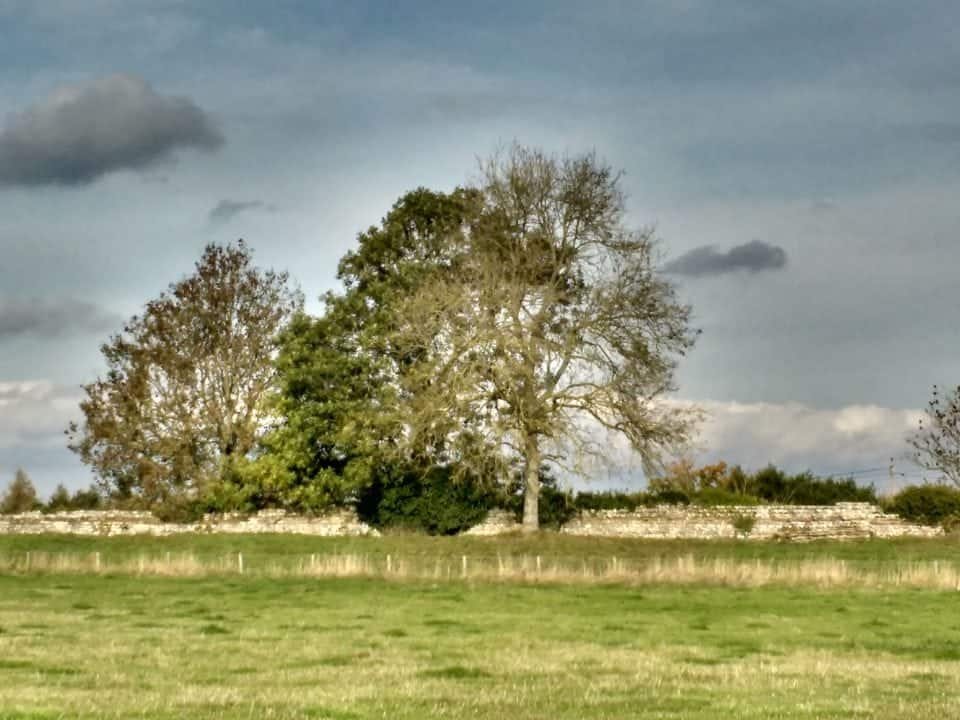 We set off to see the Silchester Roman ruins on a lovely autumn day it was just a short car trip down the motorway from Berkshire and although I had read many reviews that were not particularly favourable we were looking forward to a good walk. England and London have a lot of Roman ruins and they are a fascinating part of British history.

Indeed, there is not much to see at Silchester unfortunately and it is very badly signposted, most of the signs simply say footpath but don’t really direct you anywhere.  We found many Roman ruin walls to walk on and the amphitheatre (which is not signposted) is off in a field that is not marked. It is a gorgeous walk around the walls though and if you have a good imagination you can see the Roman town before your eyes.

In 2014 the archaeologists from Reading University packed up their tools and left the roman ruins in peace.  They had spent 18 years digging and unearthing the entire site which is known as Insula IX, but it still remains a mystery as to why this Roman town was abandoned in the sixth century.

Visiting Windsor for the day – is the Queen at Home? 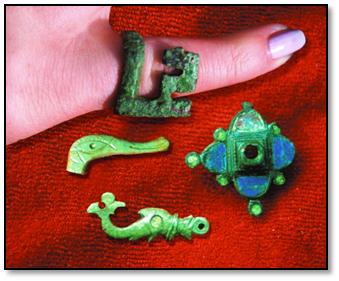 Silchester was first dug up by the Victorians. The staff and students from Reading University have, over the years, found many incredible items including the first olive stone ever found in the UK, proving that the people were eating these delicacies long before the Romans arrived.  They discovered little bones with marks on them that indicated puppy fur was taken to make fur cloaks, there were rituals burials of cats, dogs and ravens in the site. 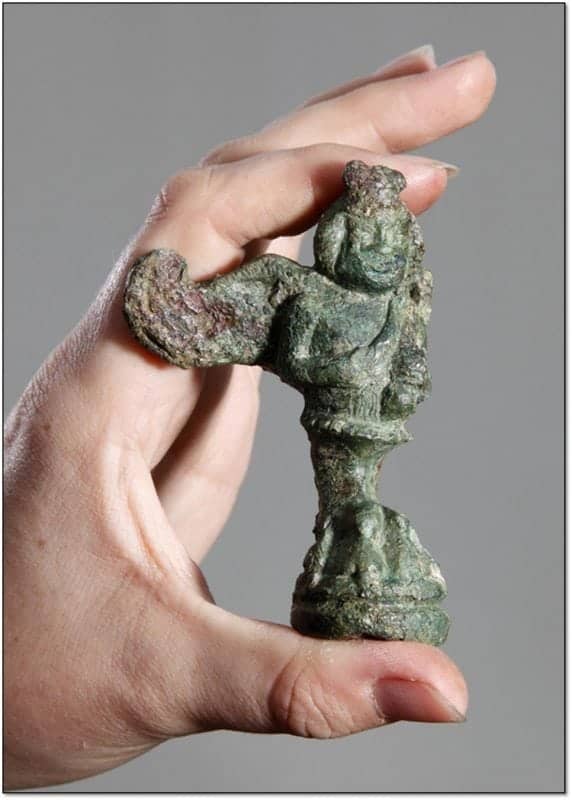 “In the 19th century the site, Roman Calleva Atrebatum, produced magnificent finds now on display at Reading Museum, including superb mosaics and one of the most famous Roman finds in Britain, a gilt bronze eagle which inspired the novel The Eagle of the Ninth, and the film The Eagle.”

The archaeologists set out to solve two puzzles, when was the town built and who built it and when and why was it left abandoned. The first one is felt to be solved as they believe that the town was founded by a Roman called Commius, who was the leader of the Atrobates tribe.

It is understood that Commius had some kind of argument with his Roman allies and had to leave Gaul. Silchester or the Roman version was located in the perfect place an easy to defend hilltop near two rivers (Kennet and the Thames). The citizens set up building plots near and along good roads and traded in grain, glassware, pottery and they obviously had money to afford luxuries like delicate pottery, jewellery, olive oil and most importantly wine.

The Roman Ruins in Silchester

In 2014 in the last week of the dig, the team found what they believe to be the largest Iron Age hall ever found in Britain.  The thought is that this huge hall which was around 8 meters by 50 meters and may have been Commius’s home. They believe this due to a beautiful iron age brooch which was apparently deliberately deposited in the foundations.

The first Roman buildings on the site were light military structures, and the historians think (due to the archaeological evidence) that the town was burnt down and the guess it might have been done during the Boudiccan rebellion. 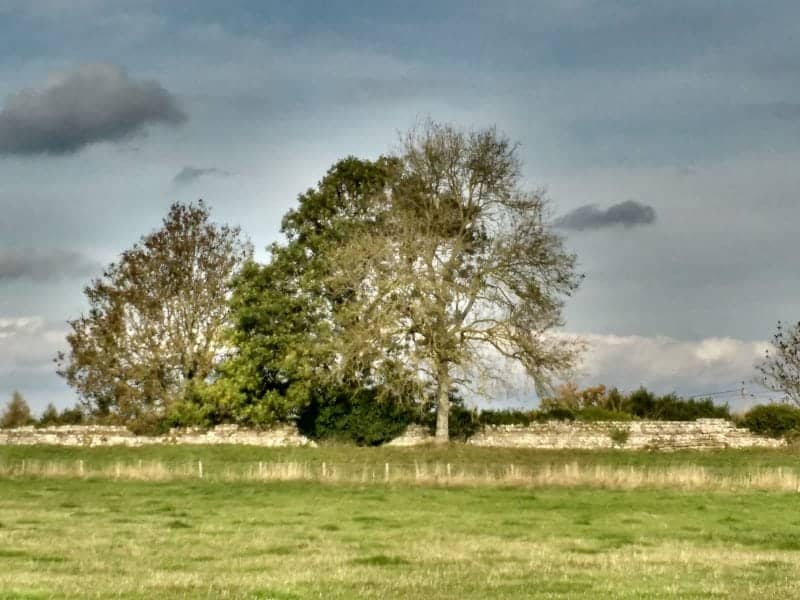 In the sixth century, the town was abandoned apparently the population fled and that evidence comes from finding filled in wells and abandoned artefacts. Eventually, nature reclaimed the land and the buried Roman town was marked only by the remains of its walls. to this day the mystery still remains as to why. 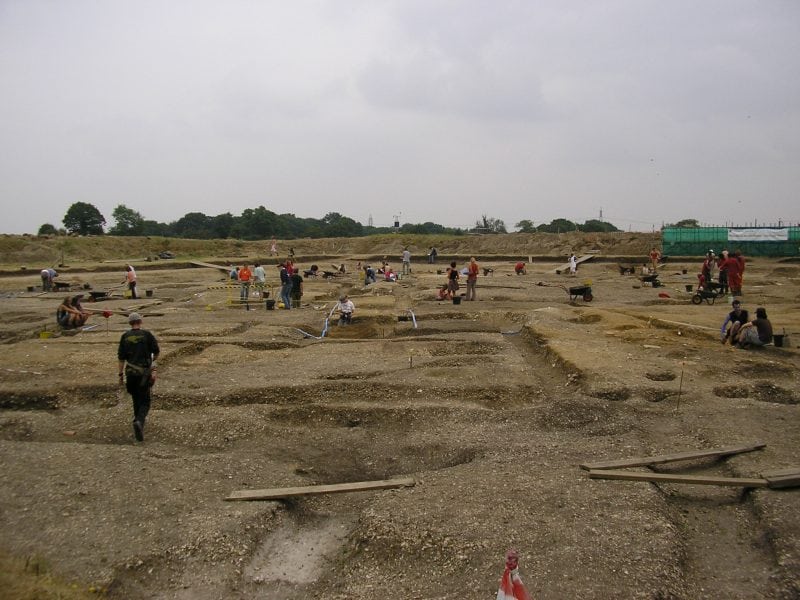 Would you like to know more about house sitting? A great way to travel on a limited budget

If you head out to see the Roman Ruins at Silchester be aware that you can walk the walls and catch glimpses of them but the paths are not well marked and although it is a beautiful walk there is really not that much to see unless you use your imagination.

If you would like to read more about our housesitting and the places we get to live in have a look at these articles.

What to expect when you visit Newgrange in Ireland

The absolute best things to eat in Krakow Poland
What to eat and wher...
What is an Ireland Heritage Card & should I buy one?
What is an Irish Her...
Dublin Airport tips & tricks from a local
Welcome to Dublin Ai...
The Best of Copenhagen Denmark
Things to do i...
Share
Destinations  / England

Oh I love finding little gems like this in the English countryside! The roman ruins look fascinating. I have just googled Silchester and realised it isn’t far from some family in Basingstoke! May have to take a stop when visiting family over xmas!