Visiting Croatia for one brilliant week 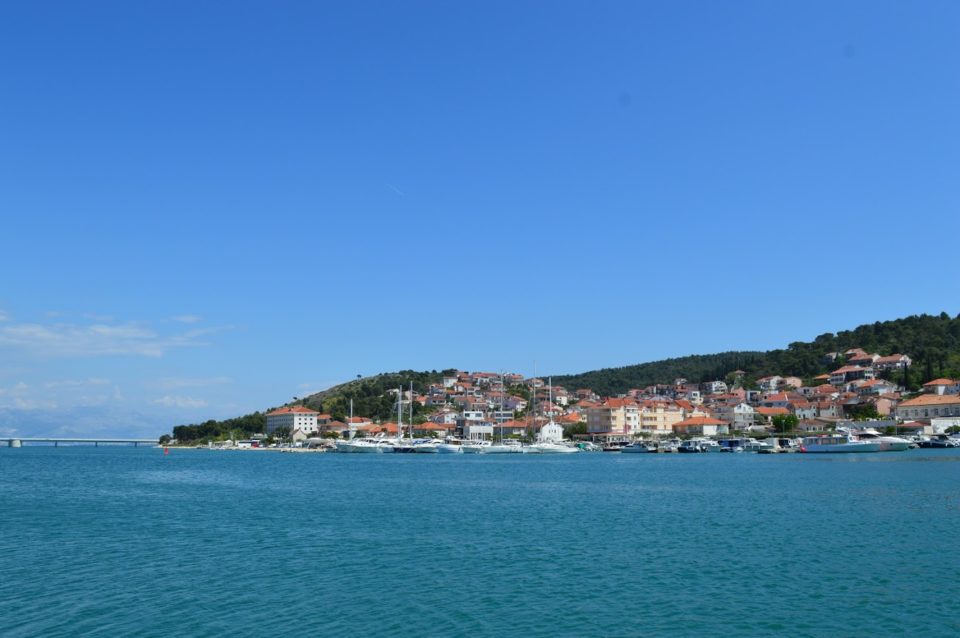 This months guest post is brought to you by Mike of TheAdventourist. Mike is addicted to both adventure and travel, so decided to combine the two to form TheAdventourist. There he shares his journey from one adrenaline rush to another, always exploring new places as he goes. You can find him sharing his travels on Facebook.

One Week In Croatia

Europe is home to many stunning countries, and Croatia is easily one of our favourites. With exquisite beaches, affordable restaurants, ancient fortresses and stunning national parks, it’s easy to see why this is the favourite European vacation destination for millions of people each year.

But with so many gorgeous cities, how do you possibly decide which ones to see in a week? Not without our help; we travelled the country and selected the five gorgeous cities worth your time on the Adriatic coast.

Here are the best cities to visit, if you only have one week in Croatia!

Zadar is considered Croatia’s most beautiful city on the Adriatic coast, and we entirely agree with that statement. Its old town is actually a small peninsula, with narrow alleys, stunning buildings and absolutely enchanting views. 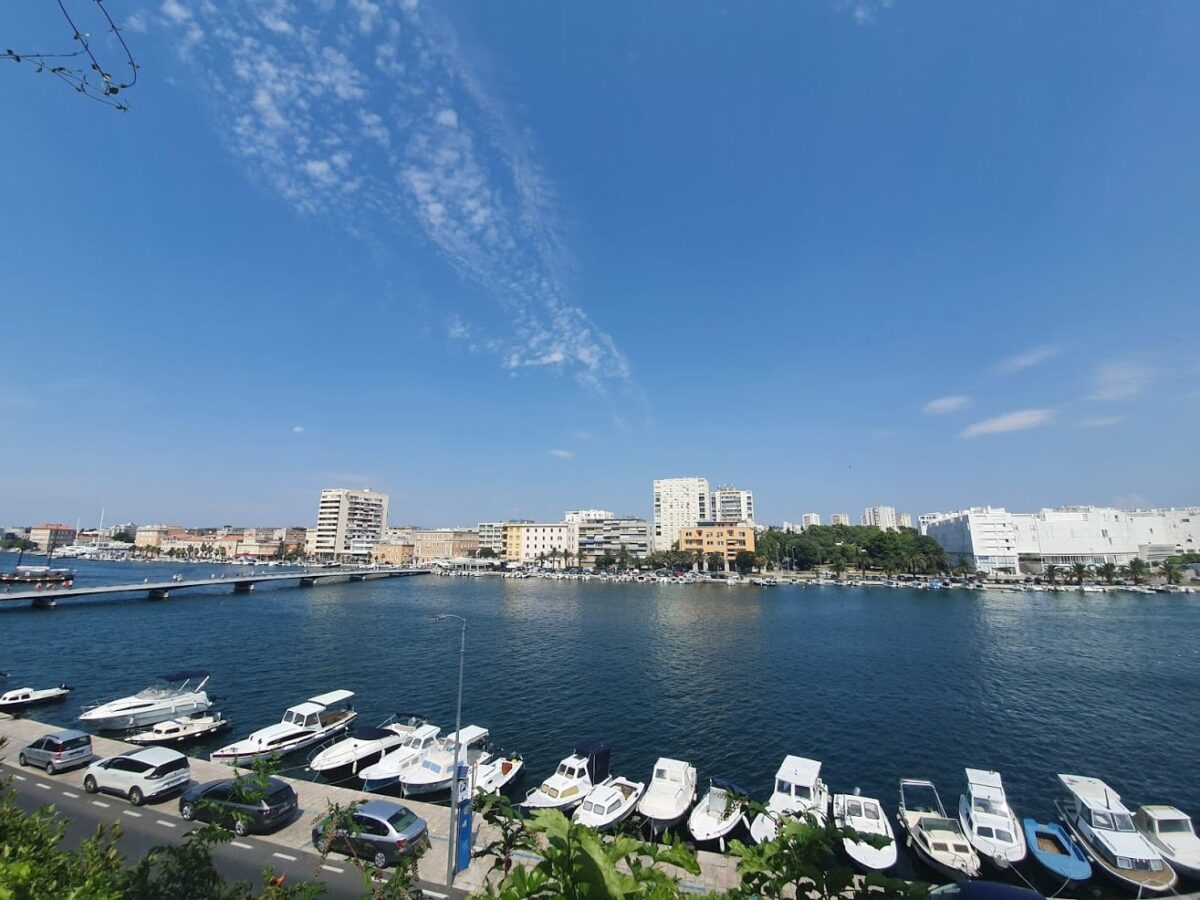 The city is home to two widely famous tourist attractions – the Sea Organ and the Monument to the Sun. Both were designed by architect Nikola Bašić, and represent an attempt to communicate with nature. The monuments are located right next to each other, and both can be found at the edge of Zadar’s Old Town. Seeing them is a must if you’re ever in this beautiful city. As is hearing the song of the Sea Organ, which is a unique and wonderful sound. 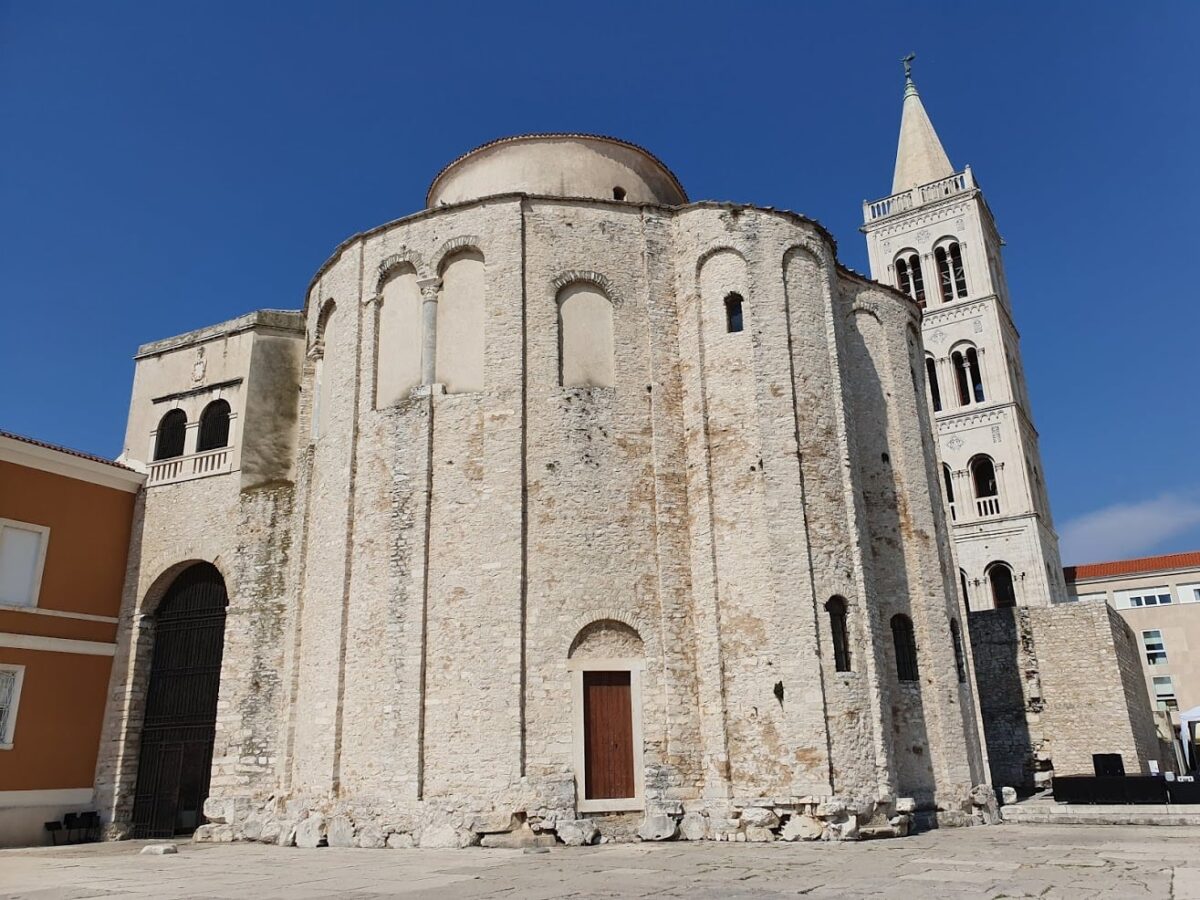 The Church of St. Donatus is another popular attraction in the city. It is a majestic church, which stands tall just meters away from the city’s seaside promenade that will lead you to the aforementioned monuments, and some spectacular views of Zadar.

The Old Town is also popular for its amazing restaurants. Several of them offer glorious views of the sea, in addition to some absolutely delicious courses. Our favourite was the Kornat restaurant, which is just minutes away from the city’s most popular tourist attractions.

Croatia is home to multiple gorgeous cities, but very few come close to Šibenik. It is an underrated gem, and home to some absolutely spectacular views. 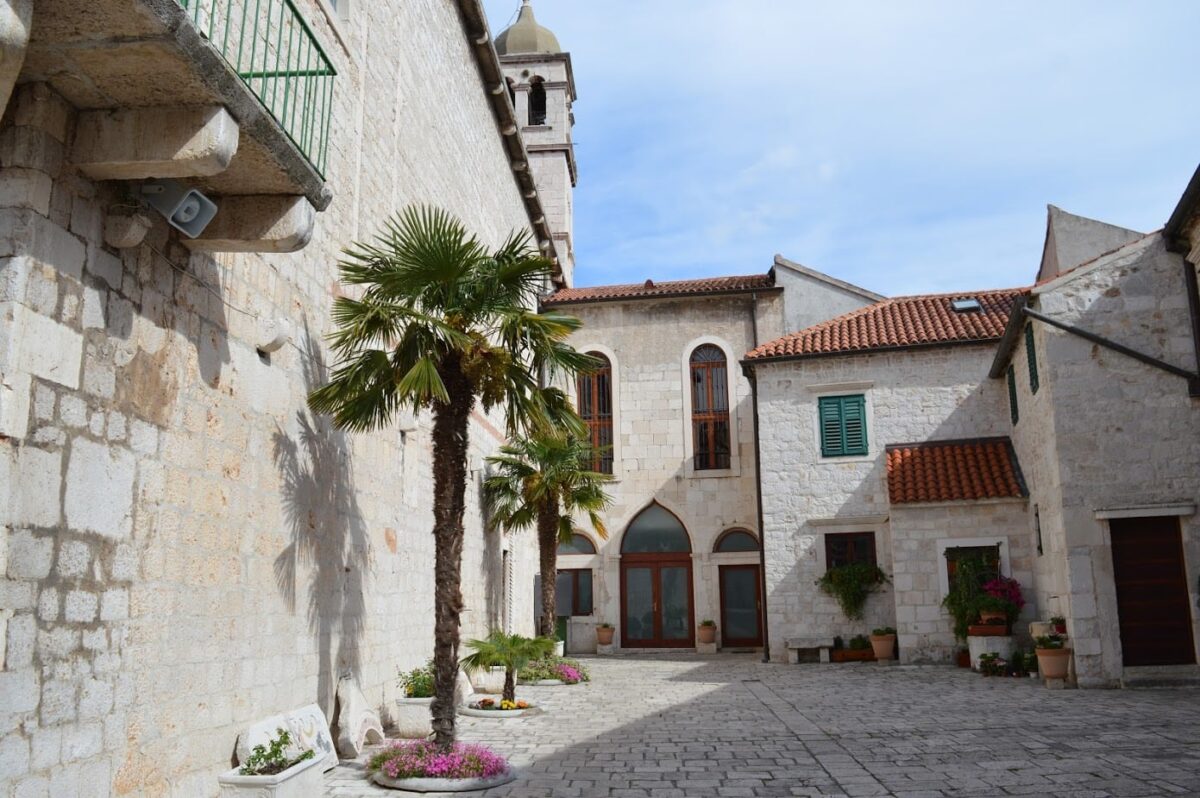 There are four majestic fortresses in the city, and it is impossible to say which one offers the best views. But our favourite was the Barone fortresses, due to the on-site cafe and modern museum. They offer an AR tour of the grounds, which teaches you quite a lot about the construction of the fortress and the city’s ancient history. Plus, this is a great spot to sit down for a cup of hot tea or a glass of cold craft beer, and just relax and enjoy the scenery.

This city is also the home of the Cathedral of St. James, one of the most prominent works of architect Giorgio da Sabenico. The Renaissance church is located in the heart of Šibenik’s Civitas Sacra, and it is a majestic building both inside and out.

Just meters away from the Cathedral, there’s a staircase that will take you to the city’s main seaside promenade. It is lined with cafes and restaurants, which are excellent spots for delicious meals with breathtaking views. 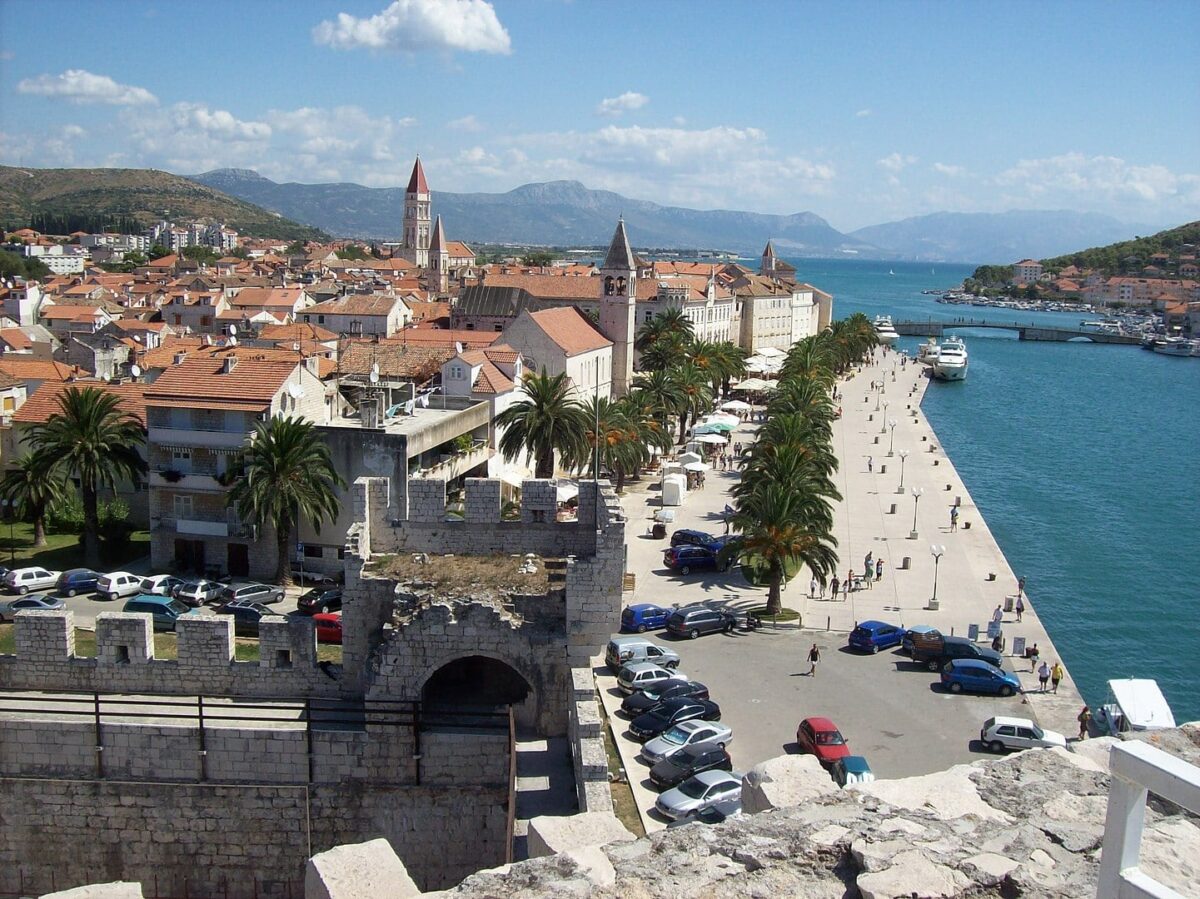 Less than an hour away from Šibenik you will find another hidden gem of Croatia’s seaside. The city of Trogir is often overshadowed by Split, Croatia’s largest city on the Adriatic coast. If you have extra time, definitely visit Split as well – it is an amazing city, famous worldwide for Diocletian’s palace. 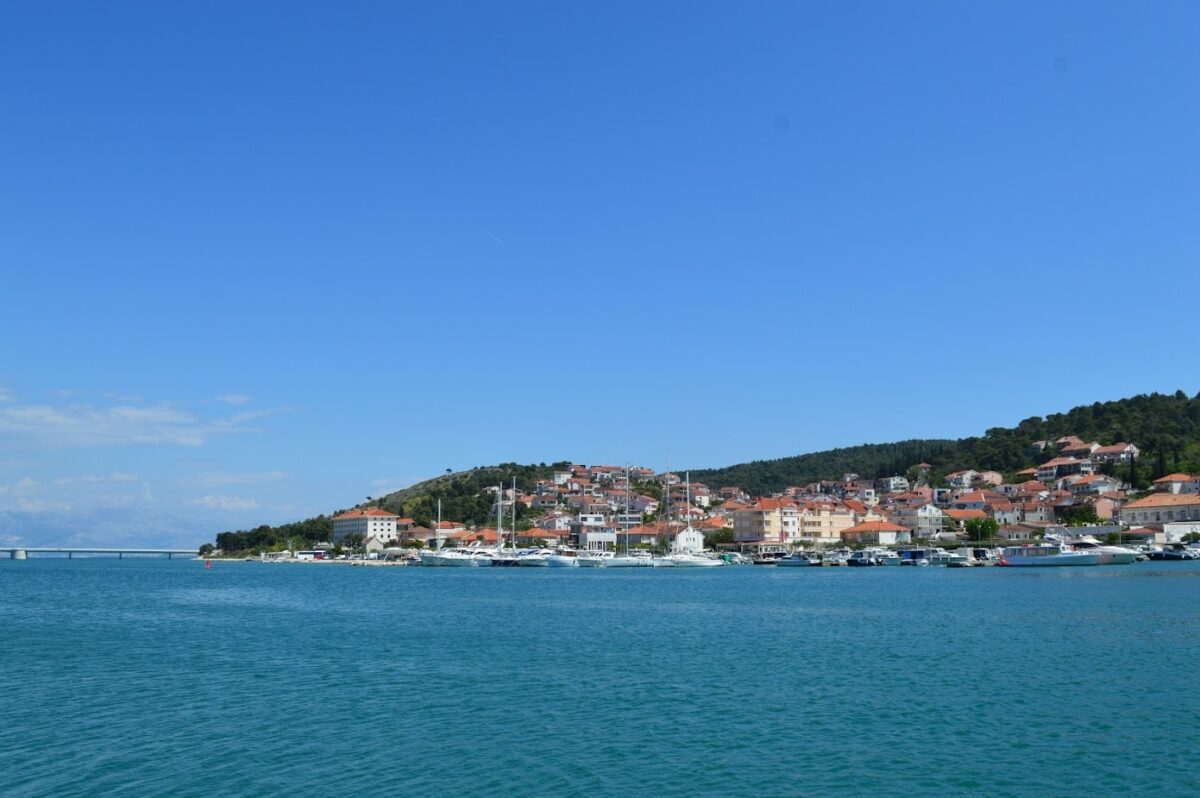 But we found Trogir to be much more charming, so it’s our first choice. The city geographically lies on three separate bodies of land; one half of the city is in mainland Croatia, and the other half lies on the island of Čiovo. In between those two bodies of land, you will find a tiny island that is home to Trogir Old Town. It is connected to both Čiovo and mainland Croatia with bridges, and it is home to one of the most beautiful sea promenades in the country. 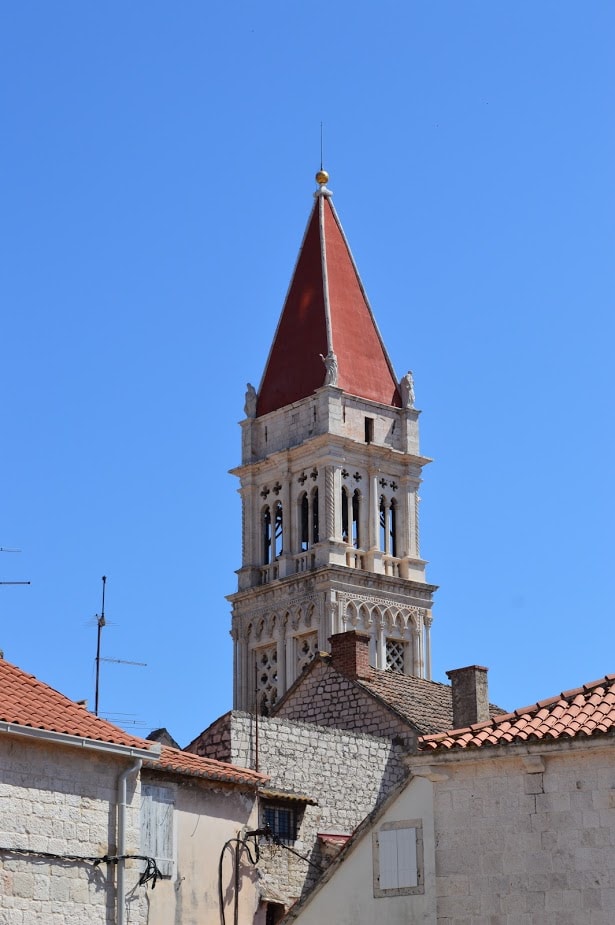 It is lined with cafes and restaurants, so there are plenty of places where you can pop in for a drink or a quick bite, and enjoy the scenic views. Venture into the allies behind those restaurants, to properly explore Trogir Old Town and everything it has to offer. There’s the famous Cathedral of St. Lawrence with its majestic bell tower, the Trogir City Museum with exhibits on the colourful history of this charming city, and the Kamerlengo Tower, which offers the best view in the city. 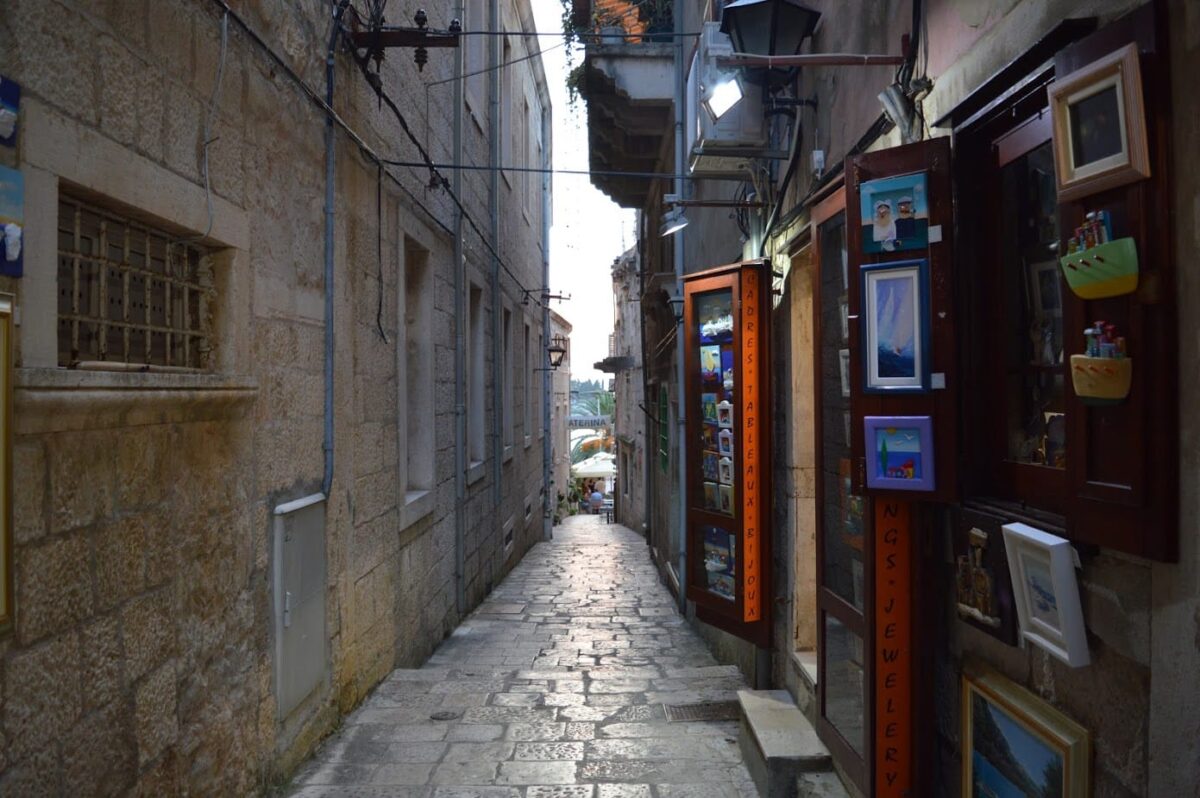 Croatian islands are always popular destinations; not just for tourists, but also for many Croatians. And Korčula is by far the most gorgeous island this country boasts. The island features some stunning beaches, exquisite nature, some of the country’s best wineries, and the absolutely breathtaking town of Korčula.

It is the rumoured birthplace of Marco Polo, and the city absolutely took advantage of that. You will find dozens of Marco Polo souvenir shops in Korčula Old Town, as well as the house the famous explorer is rumoured to have been born in. The house is now a museum, which we recommend visiting. 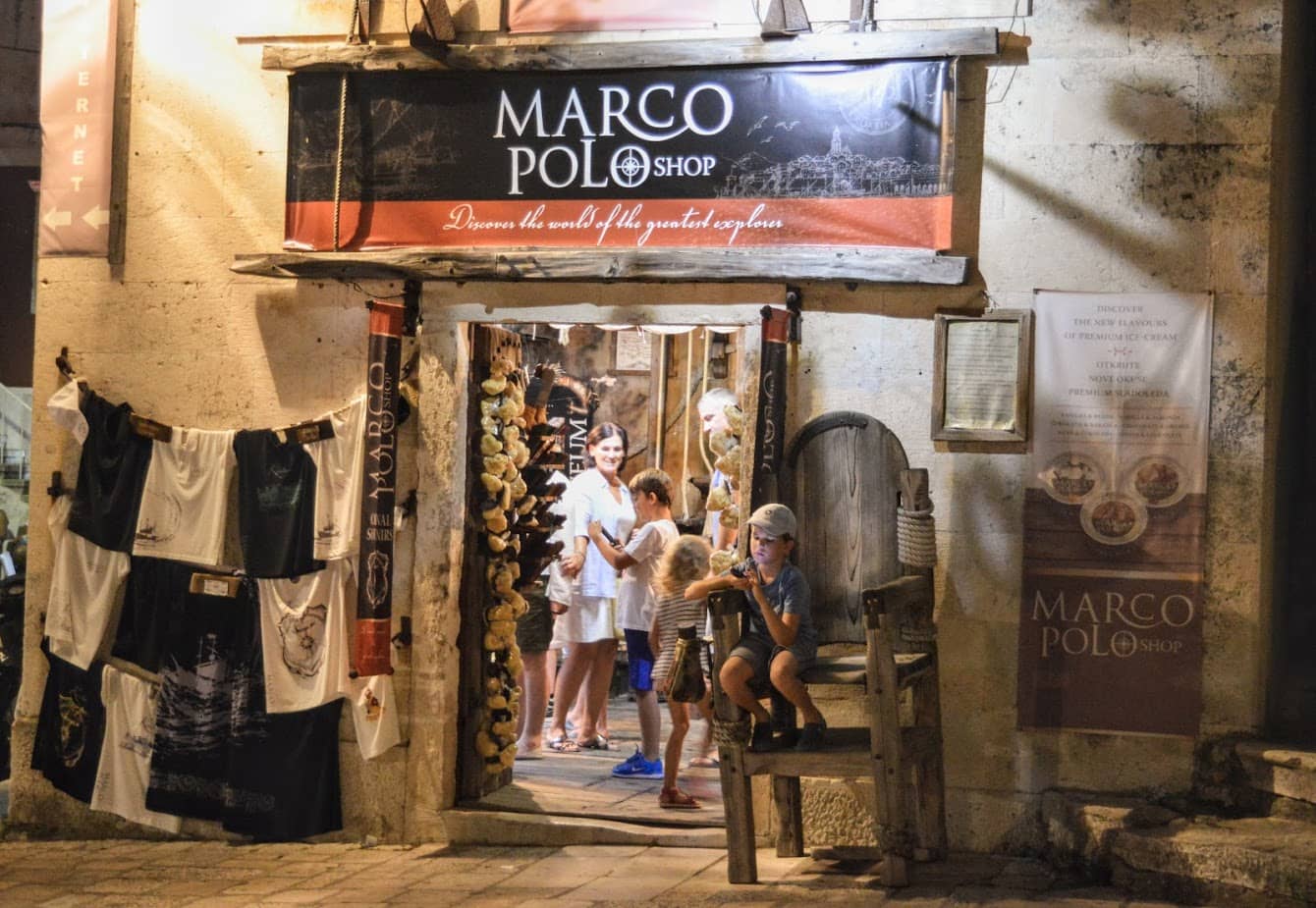 It is also worth it to stop by Korčula Town Museum, which lies in the heart of the city’s old town. It is located in a 16th century Renaissance palace, and it features multiple exhibitions on the history and culture of this charming town.

When you feel sufficiently culturally enriched, pop into any one of the restaurants that line the city’s main promenade. They all offer spectacular views of the sea and the Pelješac peninsula,  as well as some yummy meals.

Our week-long exploration of the Adriatic coast ends in Dubrovnik, an exquisite medieval city. This gorgeous city is one of the most popular destinations in the country, and it even attracts celebrities from all over the world. 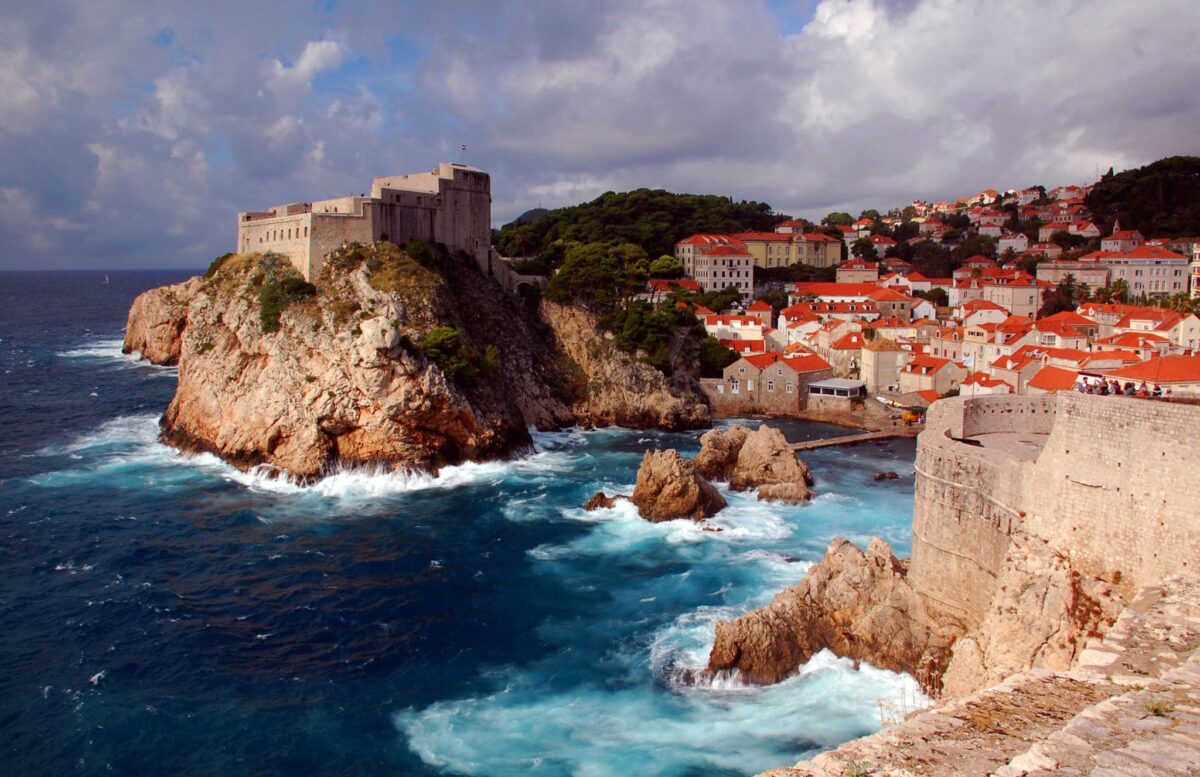 But you shouldn’t visit it for celebrity sightings. There are many reasons why you should make sure to visit this city in your one week in Croatia – the city walls, Stradun, Lovrijenac, the Rector’s Palace and the Pile Gate are just a few of them.

A walk around the city walls is a must in this adventure if you’re craving picturesque views. But you don’t have to do the entire walk since it lasts about two hours. Instead, pop in the best restaurant in the city, Restaurant 360. It is in one of the towers that you find along the city walls, and it offers amazing, Michelin-starred food. As well as some gorgeous views of the port and old town. 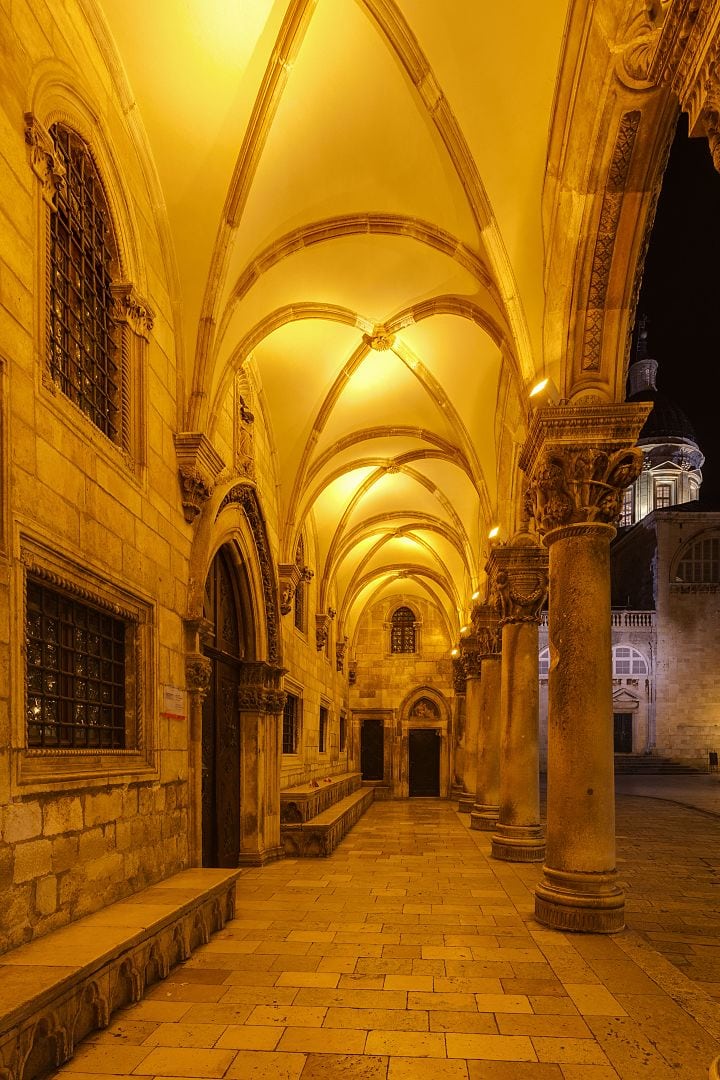 Another must in this stunning city is the Rector’s Palace. The Gothic-style building manages to harmoniously combine elements of three different architectural styles (Renaissance and Baroque), and it houses the Cultural History Museum. If you’re interested in learning more about Croatian history and culture, don’t skip this museum!

Save it – pin it for later

The absolute best things to eat in Krakow Poland
What to eat and wher...
What is an Ireland Heritage Card & should I buy one?
What is an Irish Her...
Dublin Airport tips & tricks from a local
Welcome to Dublin Ai...
The Best of Copenhagen Denmark
Things to do i...
Share
Croatia  / Destinations