Southern Cyprus is home to many fascinating historical and spiritual sites and Agios Neophytos is just one of them. Suzanne has written a brilliant article on Fifteen Fabulous things to do in Paphos, Cyprus which is only a short drive from the monastery and you will want to explore this exciting City.

The Encleistra (Place of Seclusion) and the Monastery of Ayios Neophytos are situated near the village of Tala, about 9 kilometres north of New Paphos.

BOOK YOUR TRIP TO CYPRUS WITH SKYSCANNER 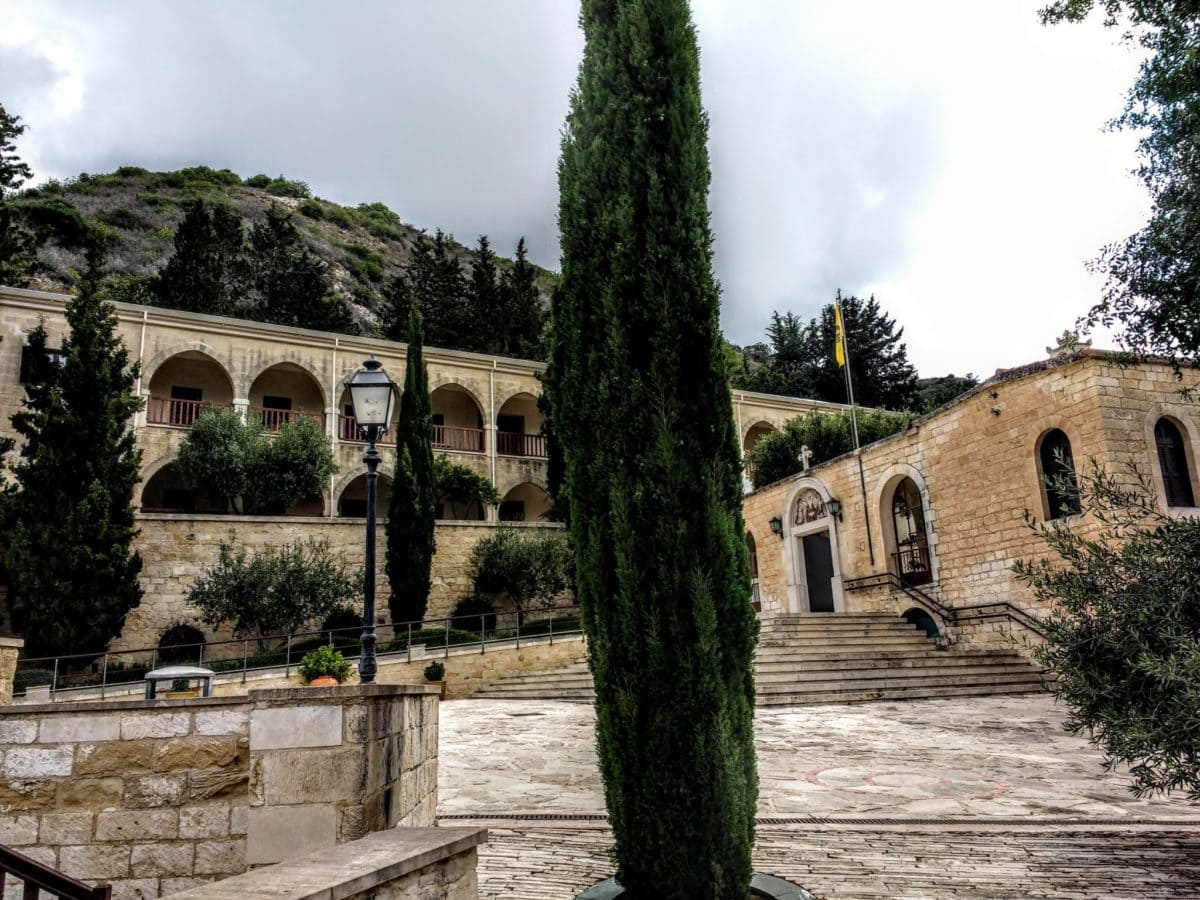 The Encleistra was initially a natural cave on the eastern side of a hill’s slope, and it is said that Neophytos dug out the cave with his bare hands to create the Encleistra. It is also said that the Encleistra has some of the finest Byzantine frescos in the world. 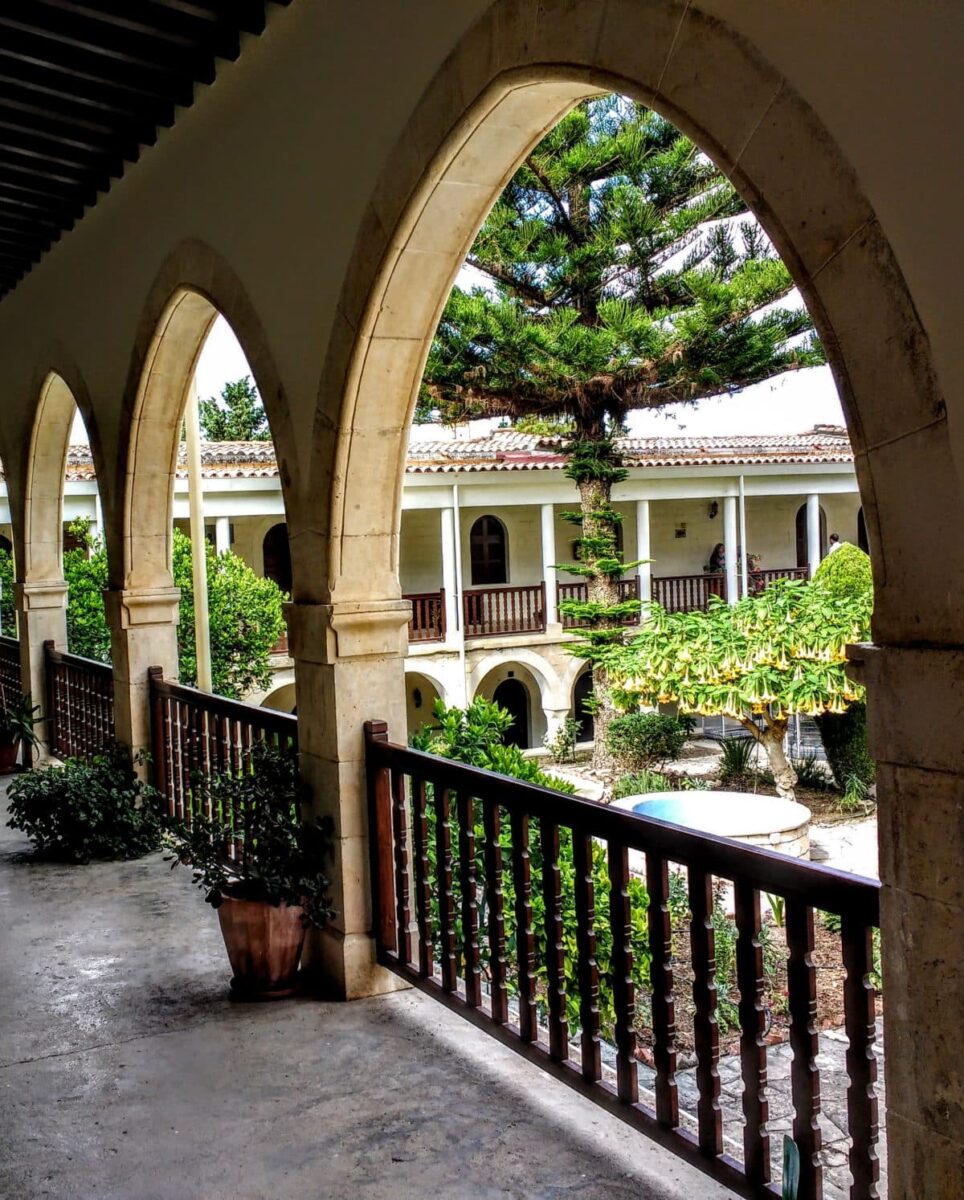 DON’T FORGET TO GET TRAVEL INSURANCE

Why you need to visit Paphos Cyprus today!

Saint Neophytos lived here until the age of 85, and 200 years following his death they added a church dedicated to Saint Mary. 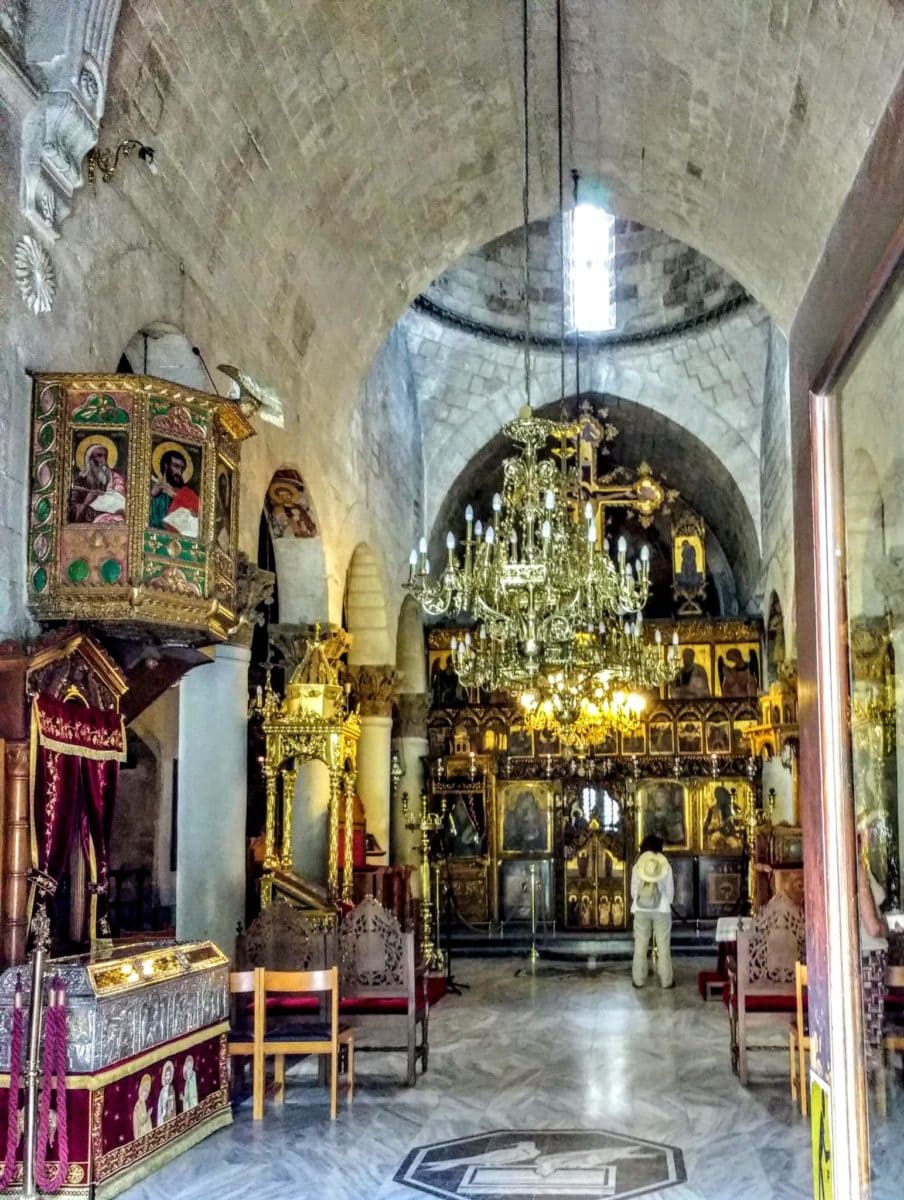 The wonderful authentic food of Cyprus – what to eat in Paphos

Famous Cypriot Theodoros Apsevdis painted the frescoes in the church and the Saint’s cell and Neophytos painted with some of his followers they were restored in 1992.  These caves are located about 100 meters from the more modern monastery.  The monastery also has a museum with exhibits of icons, pottery and more dating back to Roman and Byzantine periods. 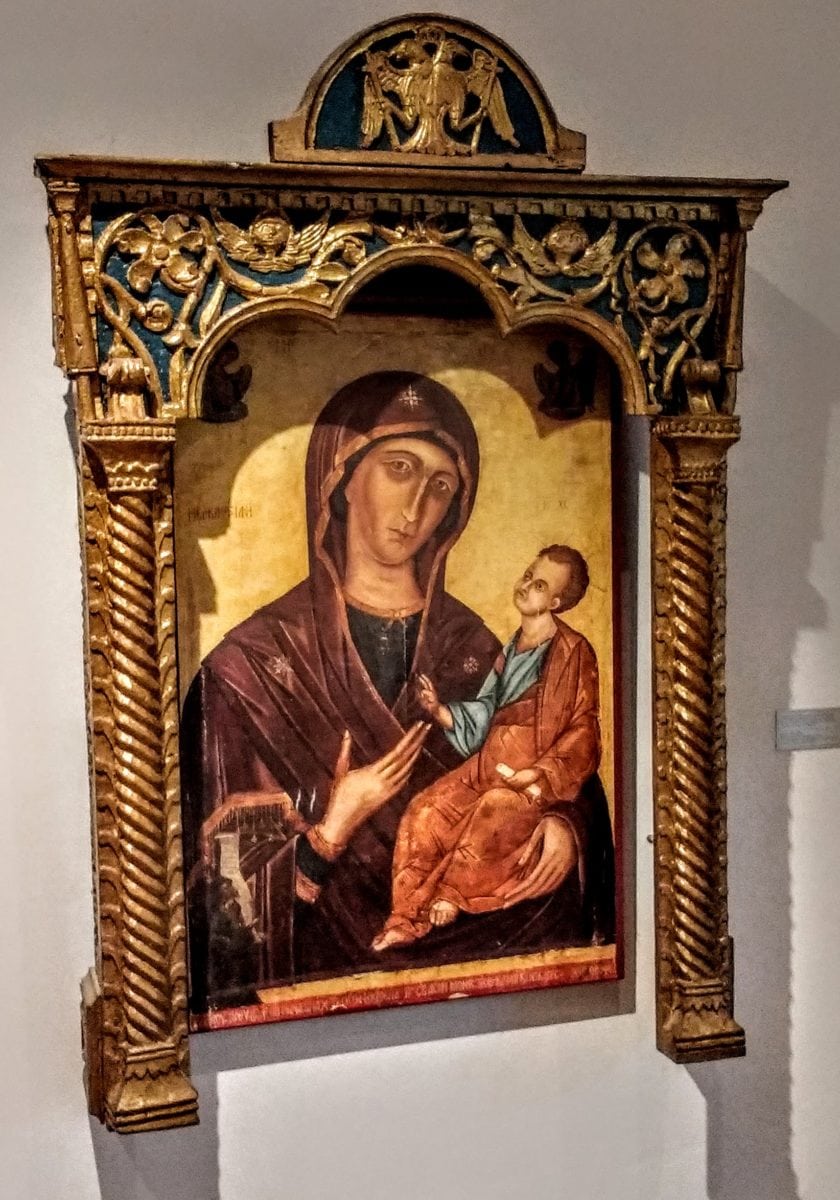 Saint Neophytos is considered to be one of the most important figures in the Cypriot Church. In 1214, he wrote the Tipiki Diathiki, which became a sort of rules for administering the Monastery. By this time, a larger community of monks and supplicants had gathered around the Saint. Legend says that the Saint only came out of the cave on Sundays to preach the gospel and lived there until he died in 1219. 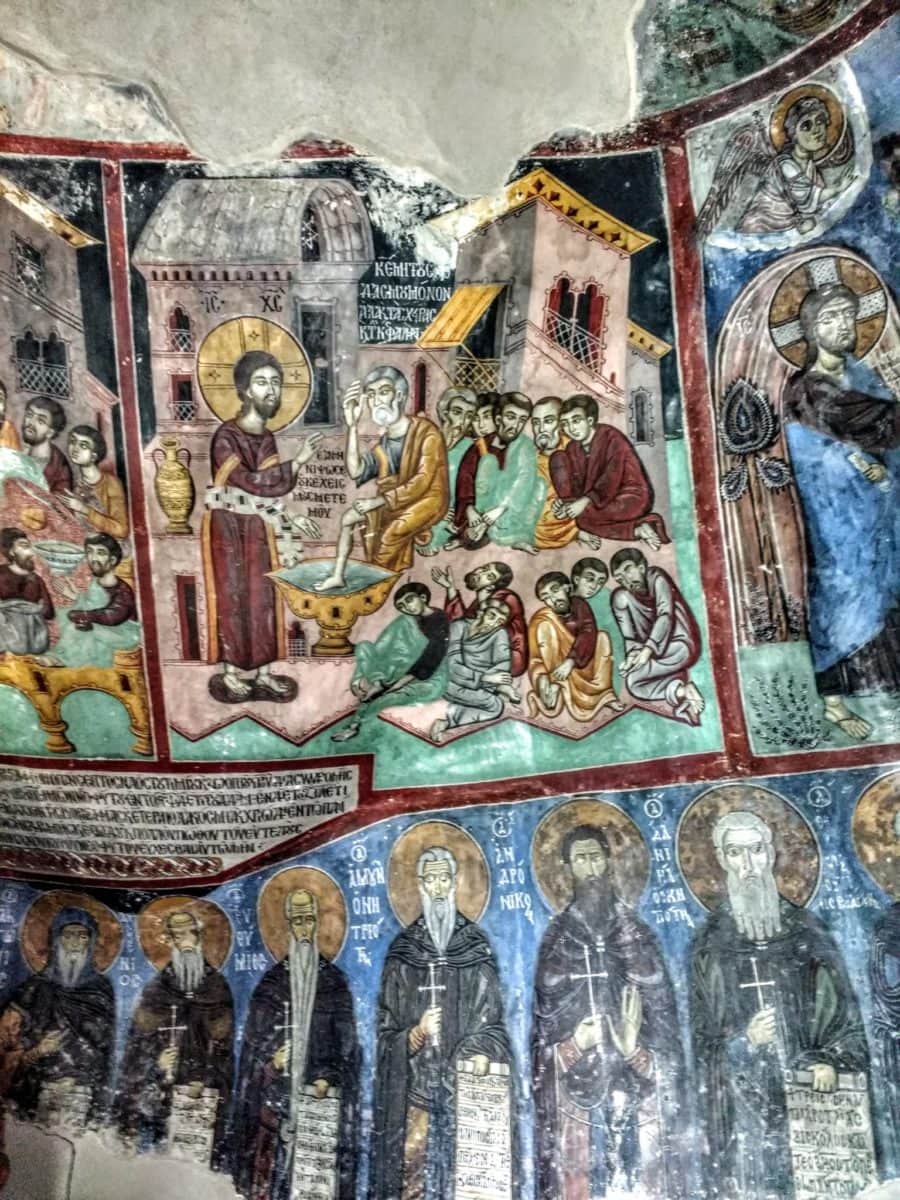 According to the inscription in the Saint’s cell, the painter Theodoros Apsevdis completed the frescoes in the Encleistra and in the chapel of Timios Stavros, in 1183. The Saint is pictured twice in the frescoes. Sometime during the beginning of the 13th century, the chapel’s frescoes as painted by Apsevdis were painted over and only a few of the original frescoes remain these were then restored in 1992. 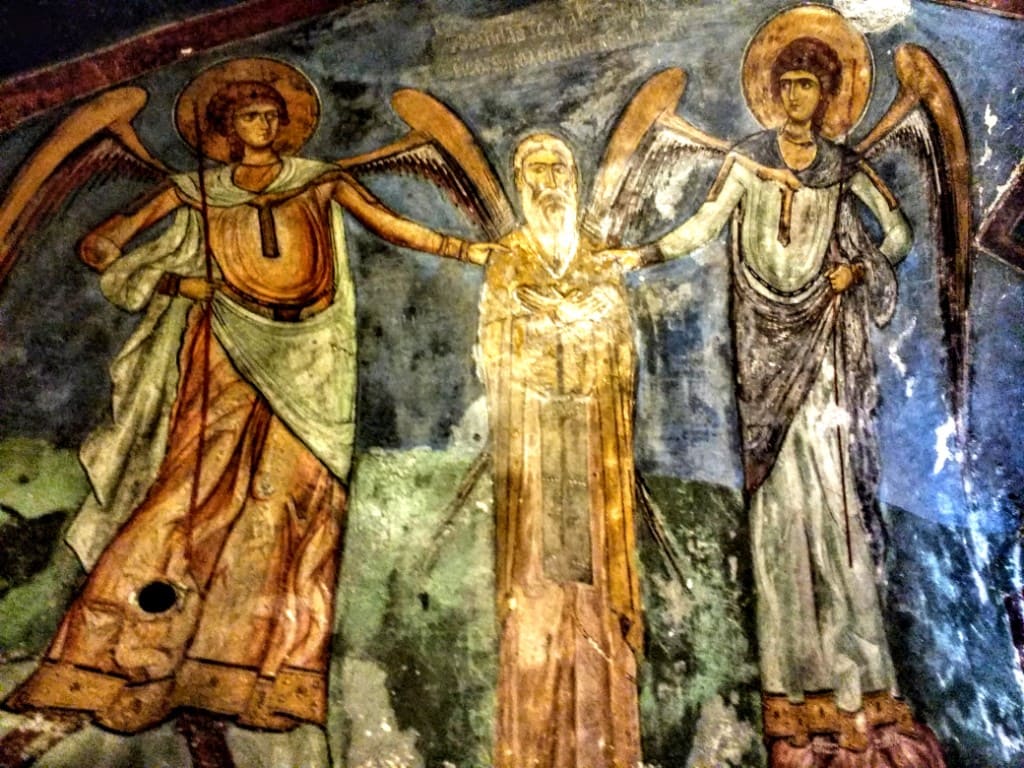 Saint Neophytos turned the natural cave into a place of seclusion which consisted of two areas. One area was a small chapel dedicated to Timios Stavros (Holy Cross) and the other was the Saint’s cell, in which he also carved his tomb. 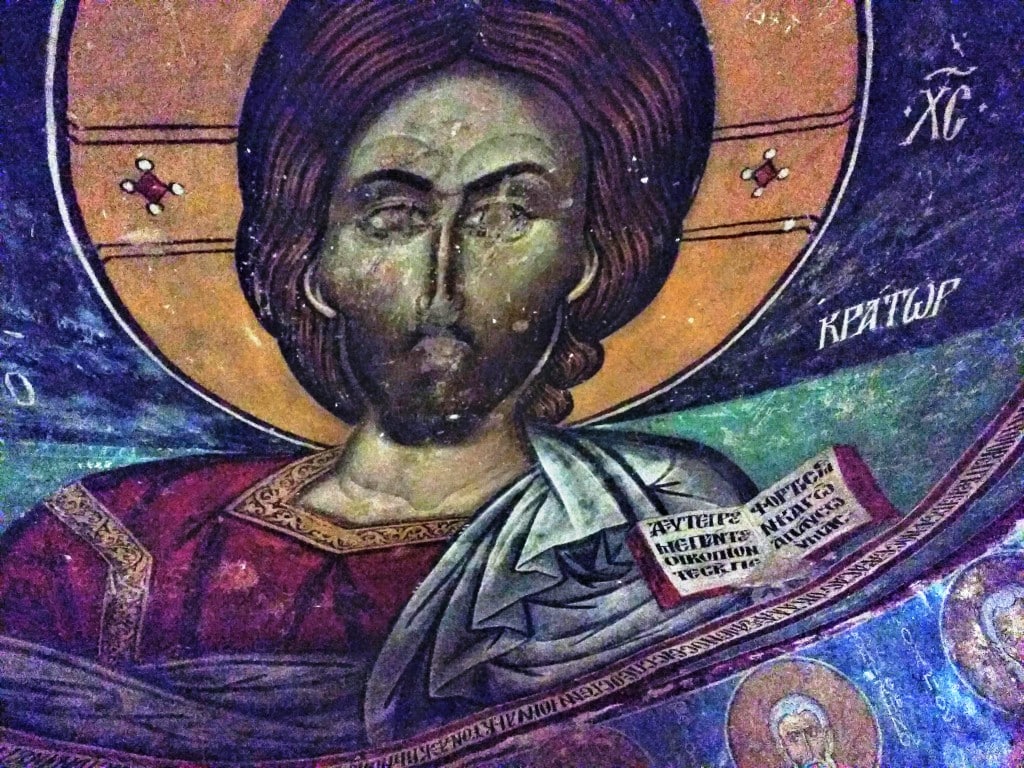 The Saint confined himself in the Encleistra until 1170 when his fame across the island spread the Bishop of Pafos ordained him a priest.

BOOK YOUR ACCOMMODATION IN PAPHOS NOW

From the monastic structures of the earlier monastery only the little chapel of the Encleistra with the narthex and the sacristy over it, the Saint’s cell with his tomb and the refectory, still survive. Higher on the hill, there exists the Saint’s later cell and the chapel of Agios Ioannis Prodromos. 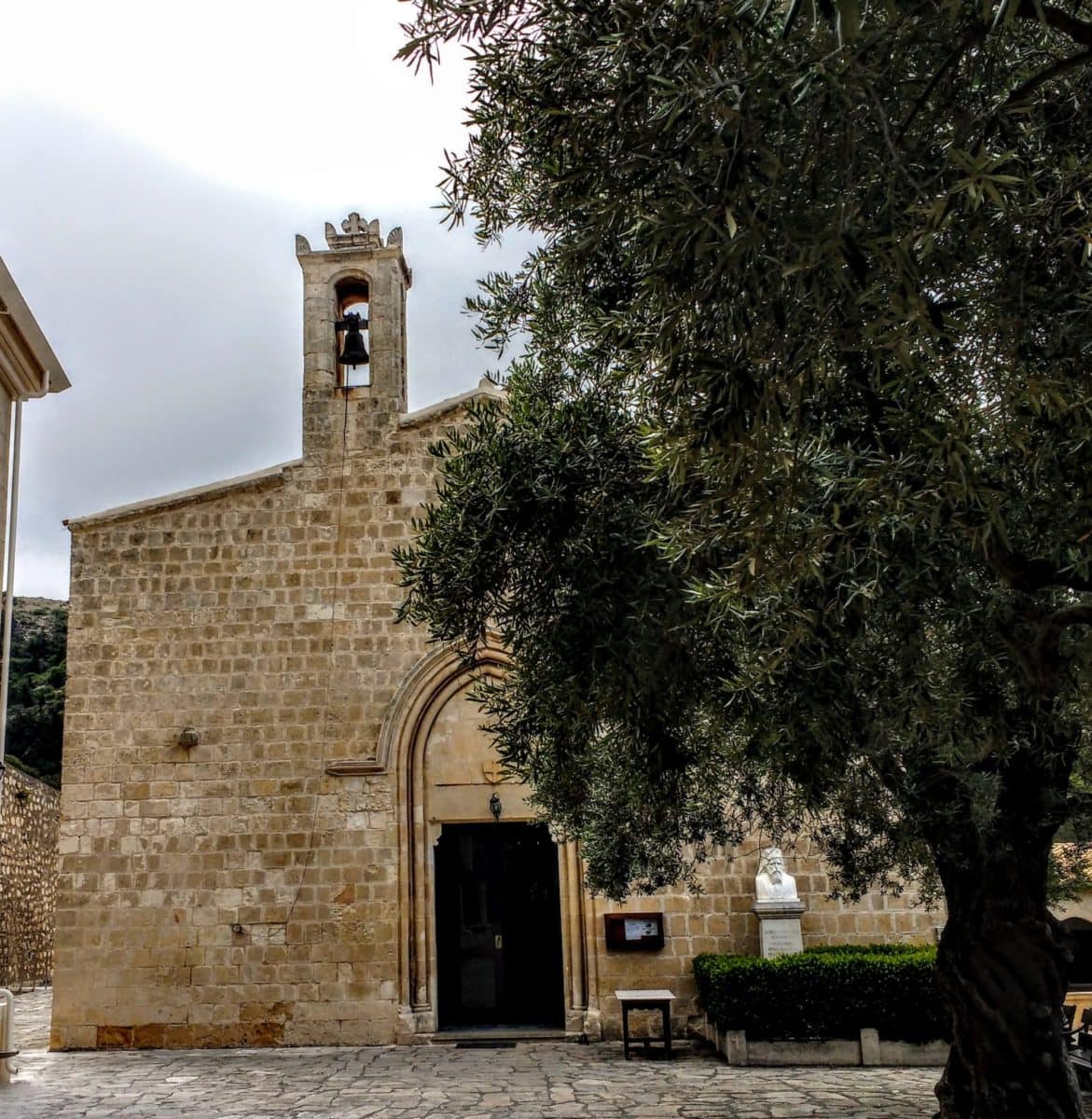 The katholikon (Church or Chapel) of the Monastery of Agios Neophytos was probably built in the beginning of the 16th century. The original church was completely decorated with frescoes. However, a large part of them was destroyed during the period 1585-1611. 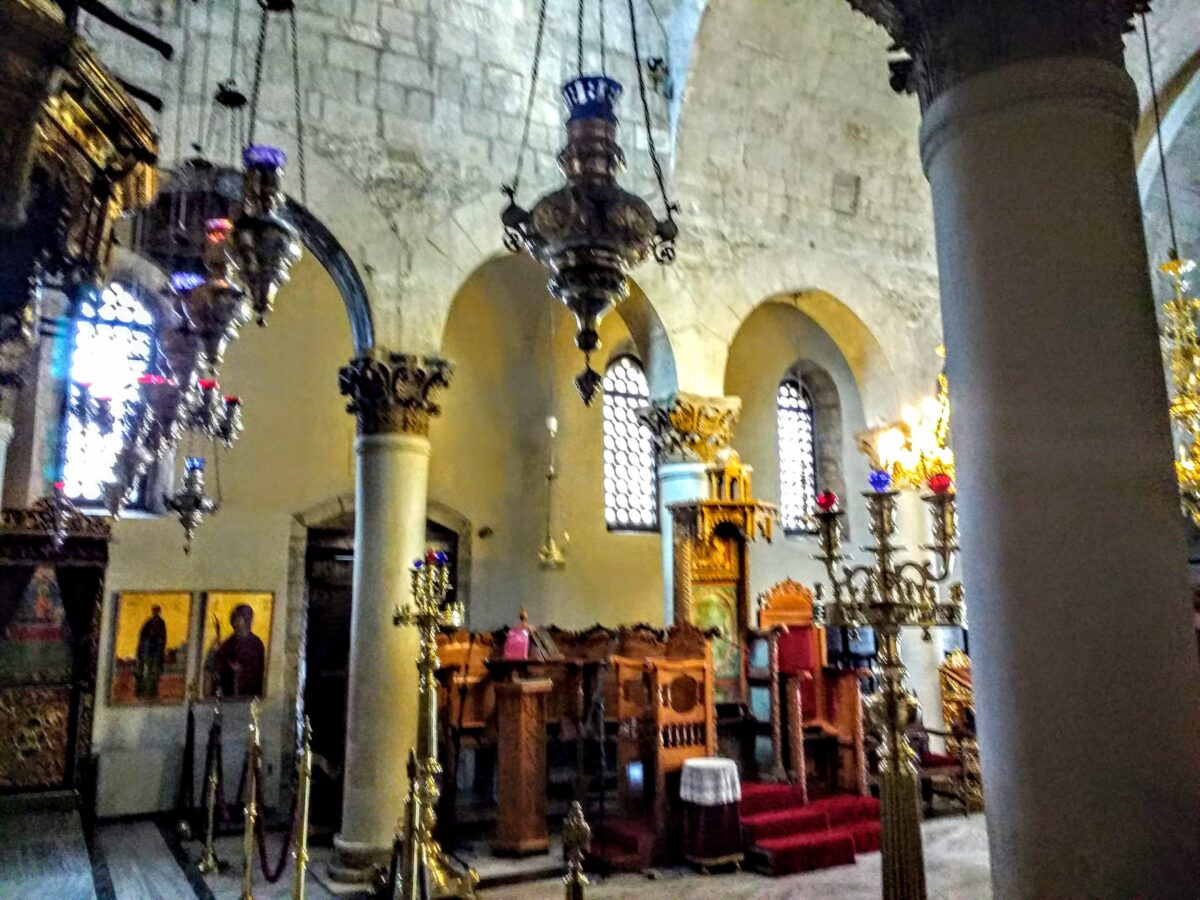 Just outside the monastery walls is a lovely shaded little cafe where you can sit in absolute peace and quiet and enjoy the forest and the birds singing. This is probably one of the most serene and calm places I have ever visited.

Across from the cafe is a small set of shops selling all kinds of tourist type things. These included wind chimes and dream catchers – cheap tacky stuff. It was interesting however to note how many Russian Orthodox people were visiting the Monastery and the shop.

There are some amazing tours available that include Agios Neophytos. You can take a Historic Day Tour from Paphos which includes visiting the 5 domed church of St.Paraskevi. See how ‘loukoumia’ are made, visit a traditional house in Letymbou,  St.Neophytos Monastery and the ‘Enkleistra’  and taste wines at a local winery. This tour includes pick up and drop off at your hotel. 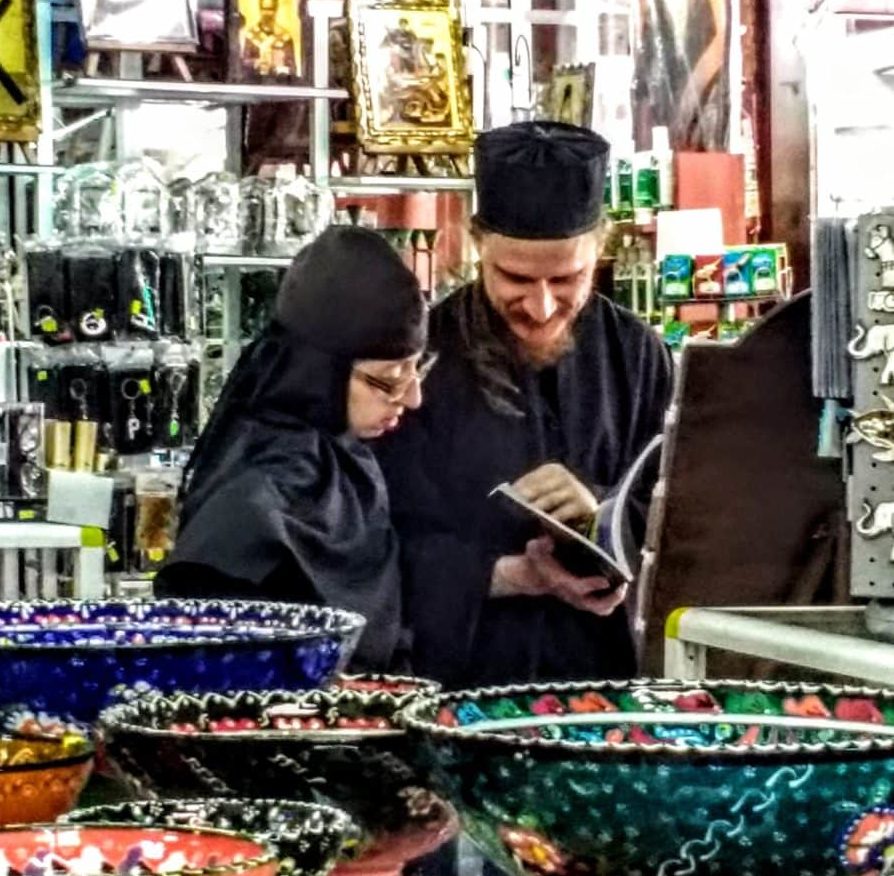 The cost to visit the Monastery is free but you will be asked to pay a €2 Euro contribution to the Museum – well worth it to see the icons alone, which are magnificent.

On the drive up to the Monastery, you will see a Cat Sanctuary, run by a group of volunteers (many of them British), that looks after hundreds of feral cats; most of whom have been strays or abandoned. The Monastery Cat Park receives no funding and relies 100% on support and donations from the public.

What sacred sites have you visited?

The absolute best things to eat in Krakow Poland
What to eat and wher...
What is an Ireland Heritage Card & should I buy one?
What is an Irish Her...
Dublin Airport tips & tricks from a local
Welcome to Dublin Ai...
The Best of Copenhagen Denmark
Things to do i...
Share
Cyprus  / Destinations

Great info. We are planning to be in Cyprus in 2020. I’ve saved to use later. Thanks!

We are heading to Cyprus so it’s nice to read your blog and we will visit there. Thanks