Filmed in Ireland great entertainment from GOT to Star Wars

but not necessarily Irish

There have been many movies and TV shows filmed in Ireland, these are not necessarily Irish in the story but from Star Wars to Vikings they show a beautiful country to visit. Here is a great roundup of many of the more famous movies and films you may have seen that was filmed in Ireland. These days with cable TV there is a lot more to choose from on the small box and several great TV Series such as the Vikings are currently here in Ireland on location.

Most tourist who flocked to Scotland after seeing Braveheart were unaware that the majority of the battle scenes were filmed in Ireland.  All scenes depicting London were shot at Bective Abbey, County Meath. The Battle of Stirling Bridge was filmed on the Curragh Plains, County Kildare and the scenes set in York were actually filmed at Trim Castle, County Meath. The famous opening scene of Saving Private Ryan, which is set on D-Day on Omaha beach, were actually filmed in County Wexford. Filming lasted for two months and took place on Ballinesker Beach, Curracloe Strand. The Irish Defense Forces supplied 2,500 men to act as extras.

Harry Potter and the Half-Blood Prince

In a dramatic scene, Harry Potter and Professor Dumbledore are battling with evil. The Cliff scenes are filmed at the Cliffs of Moher and when we see the two of them poised on a rock that is Lemon Rock in County Kerry.

Want to see the Cliffs of Moher and the Burren? Check out this post

This 1987 fairy tale tells the story of heroes whose goal is to rescue a beautiful princess, Buttercup. They are followed by a masked man in black across the sea and up the Cliffs of Insanity which are really the Cliffs of Moher in County Clare. 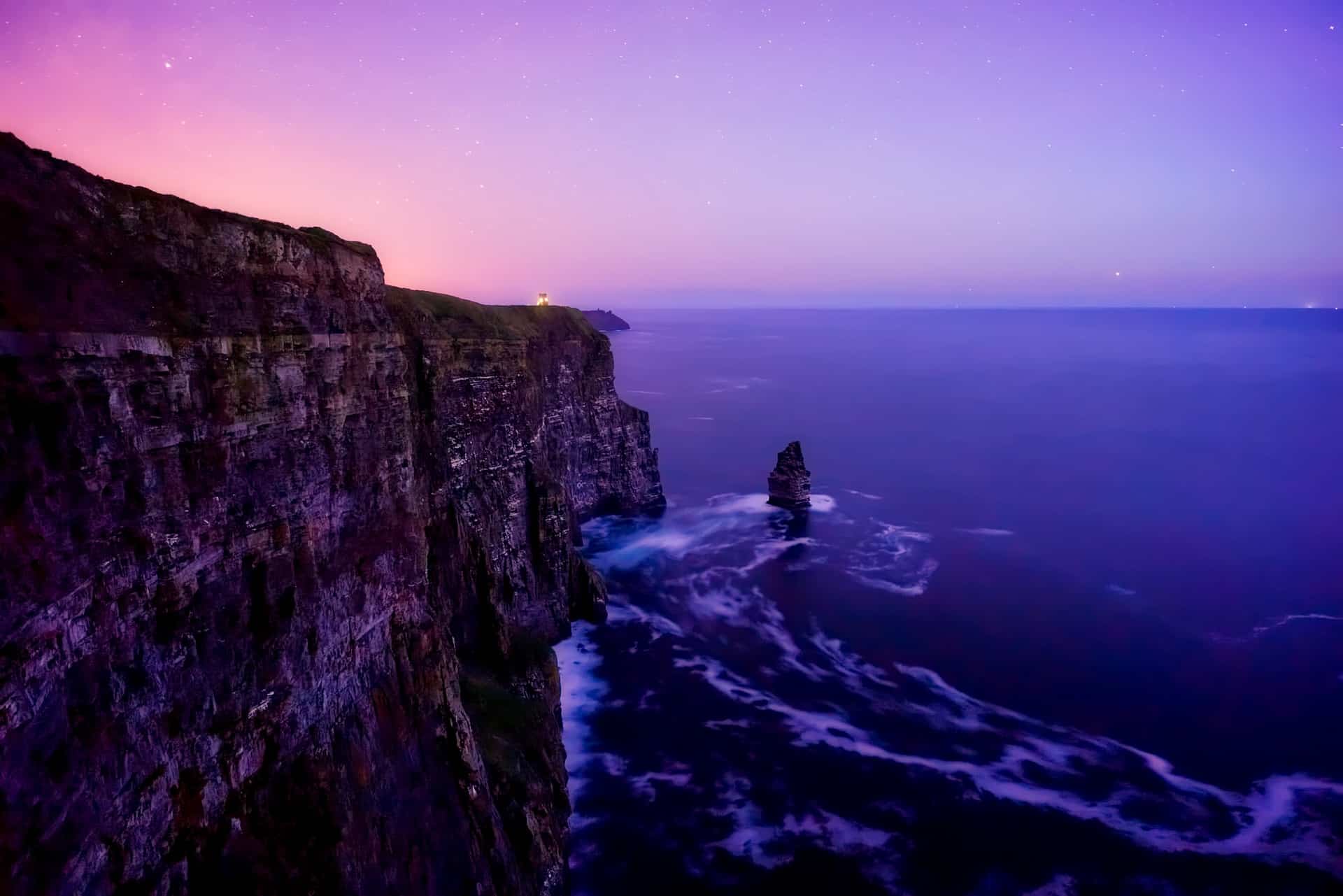 In this 1969 classic, starring Michael Caine, all of the jail scenes were actually filmed in Kilmainham Jail, in Dublin.

The legendary tale of King Arthur and the round table was mostly filmed in Ireland.  Britain’s beautiful old buildings and structures were in fact mostly filmed in Ardmore Studios, County Wicklow. What might have seemed to be Hadrian’s Wall was, in fact, Ballymore Eustace, County Kildare and the Luggala and Powerscourt Estates in County Wicklow were also used. 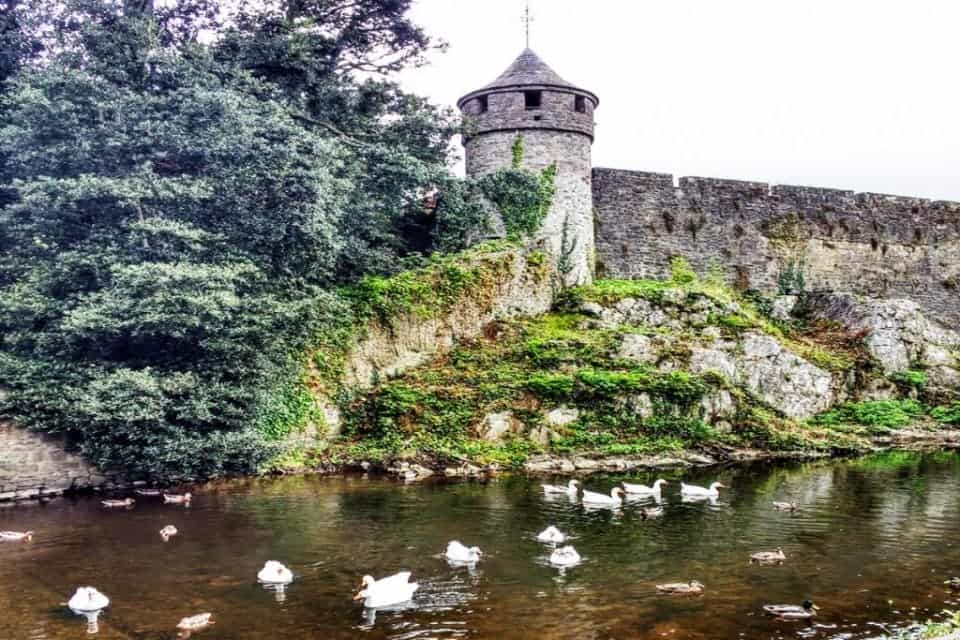 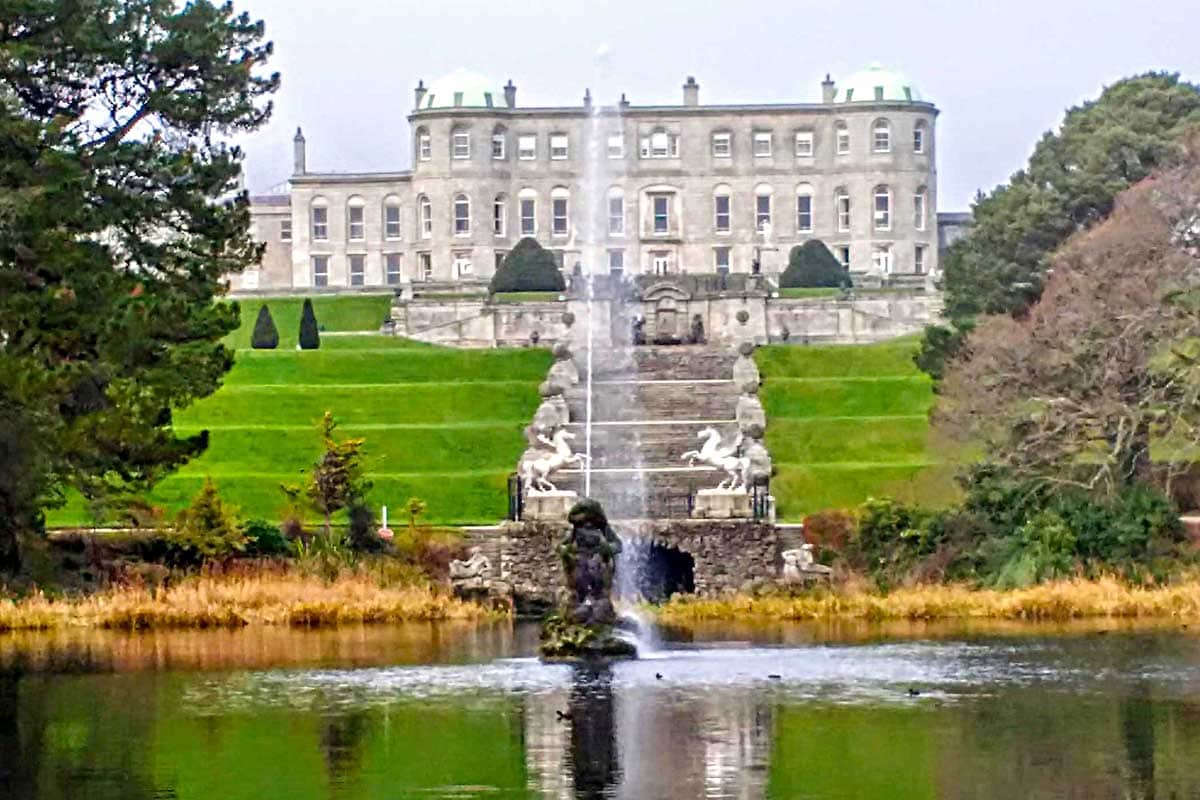 An entire industry has been built in Northern Ireland around the Game of Thrones saga. From Castle Ward in Co. Down to the Caves of Cunshendall and the Harbour at Ballintoy. 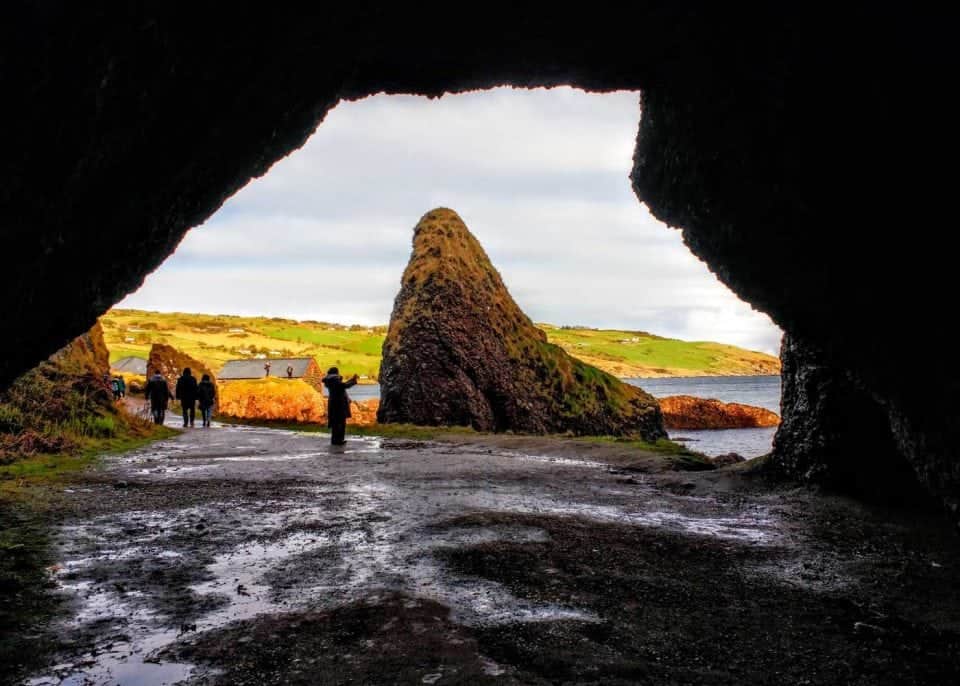 From Skellig Michael in Co. Kerry to Malin Head and the Inishowen Peninsula in the far north of Donegal Star Wars has made an impact on the West coast of Ireland. 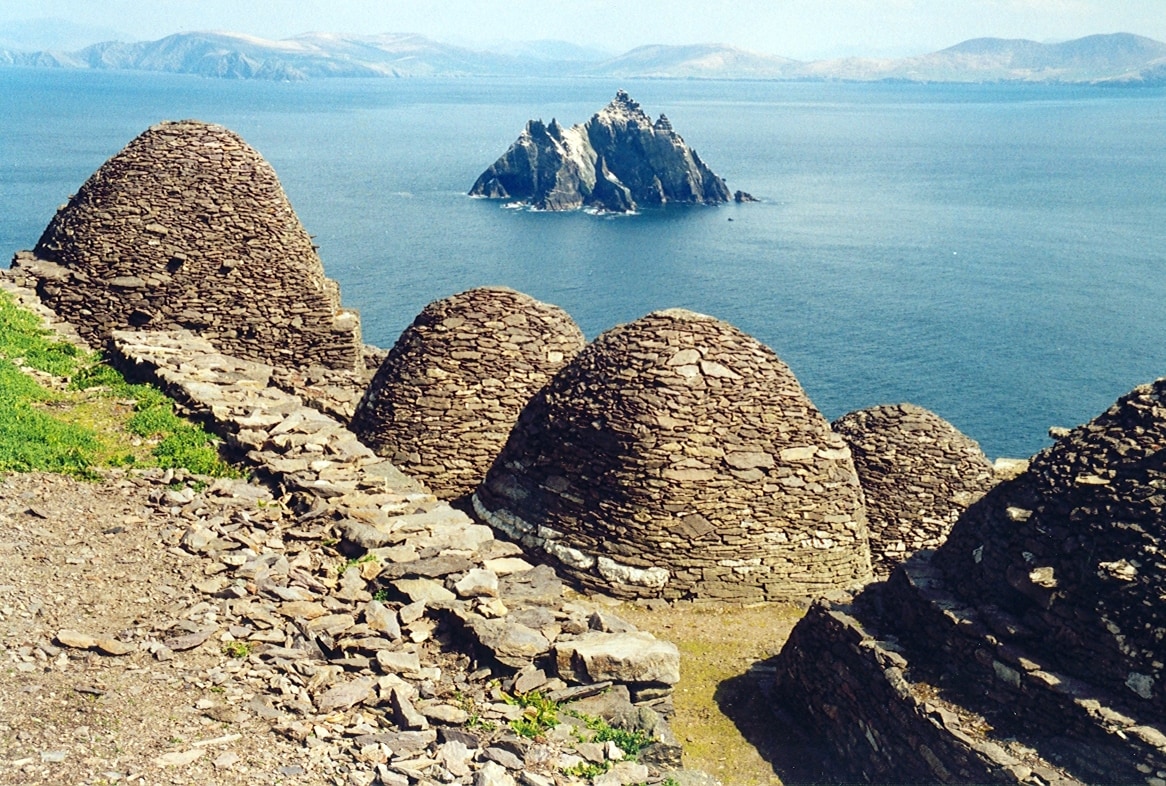 Of course, the latest in the Star Wars tales have brought fame to an oft-overlooked area of Ireland called Malin Head in Donegal  Star Wars: Episode VIII  this is a film that recently opened and appears to be on everyone’s Christmas must-see list

These days the Irish Tourist Board is heavily promoting the Star Wars franchise in Ireland and to that end have recently re-named the motorway which leads to Malin Head where Star Wars was filmed the R2D2 highway. 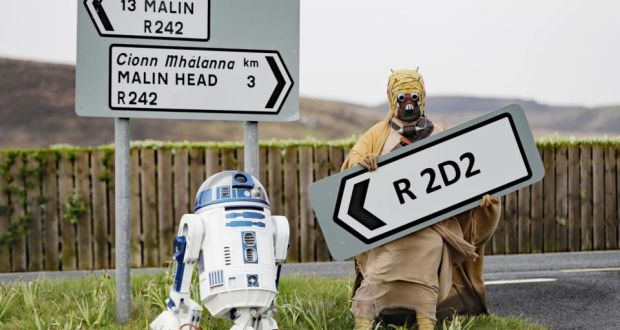 From the ©Irish Times article 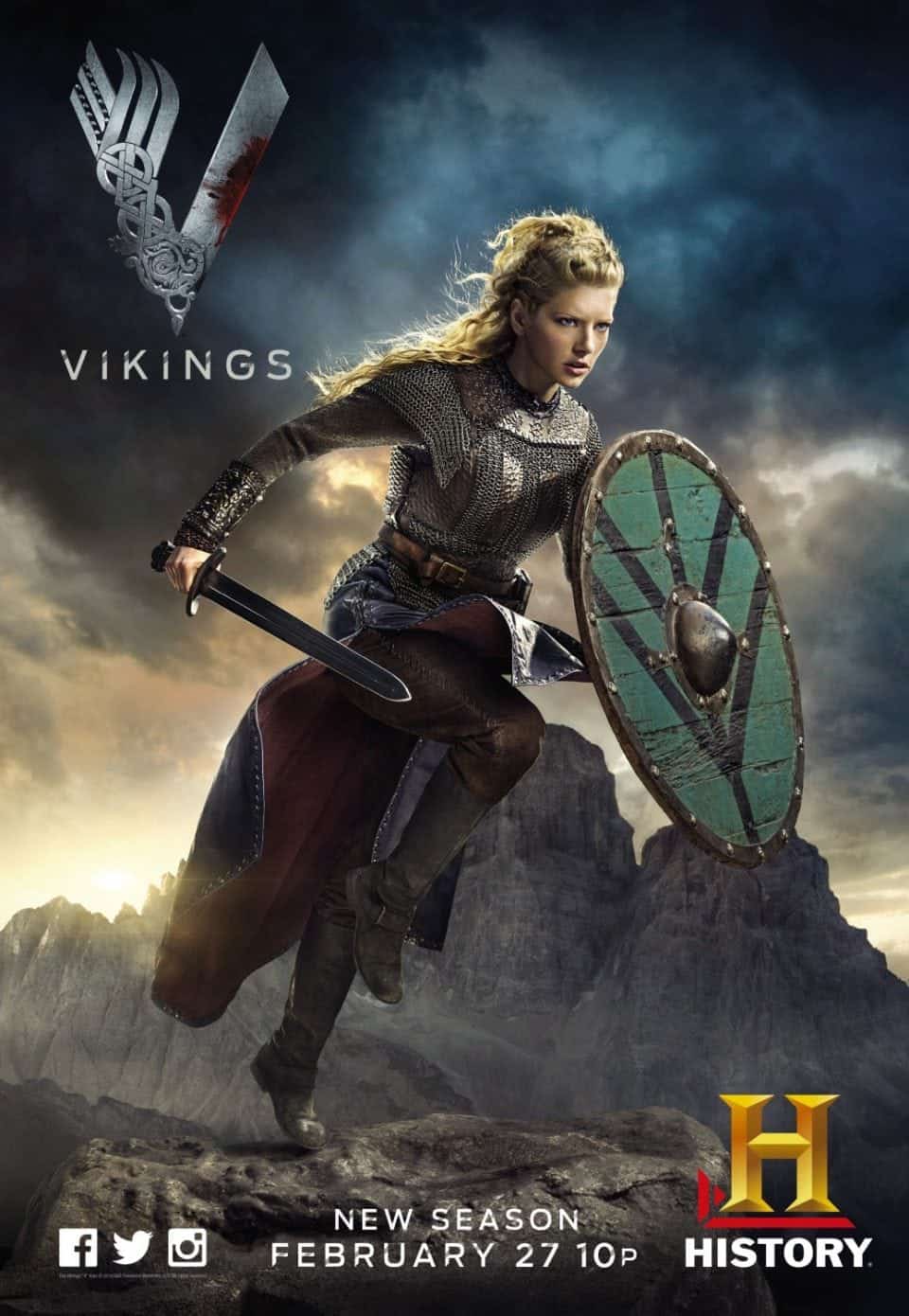 In Ireland’s Ancient East, the beautiful Co Wicklow settings of Luggala and the Poulaphouca Reservoir have featured in Irish-Canadian historical drama Vikings.

The Viking’s filming has created a huge buzz here in Ireland and thousands turn up for casting sessions to appear as extras. The majority of the filming is done south of Dublin in the Wicklow Mountains and on the Guinness Estate.

The movie and film business in Ireland, both the North and South is booming and you will often see calls for extras for either the Game of Thrones in the north and Vikings in the south. If you would like to see some Living History Re-enactments check out Birr Castle’s Game Fair held every year in Offaly.