Known by many names, including the Epiphany, Three Kings’ Day, Little Christmas or the 12th Day of Christmas, January 6th was first celebrated as a feast day in the 4th century to commemorate Jesus’ introduction in human form.

All over the world, people celebrate some kind of festival at the end of the year. For Christians the celebration is known as Christmas it is both a sacred religious holiday and a worldwide cultural and commercial phenomenon.  In Ireland, Christmas is a family affair and it is celebrated throughout the country with all of its traditions being honoured. After the traditional Christmas celebrations on the 25th, the Irish celebrate Nollaig na mBan or Women’s Christmas. 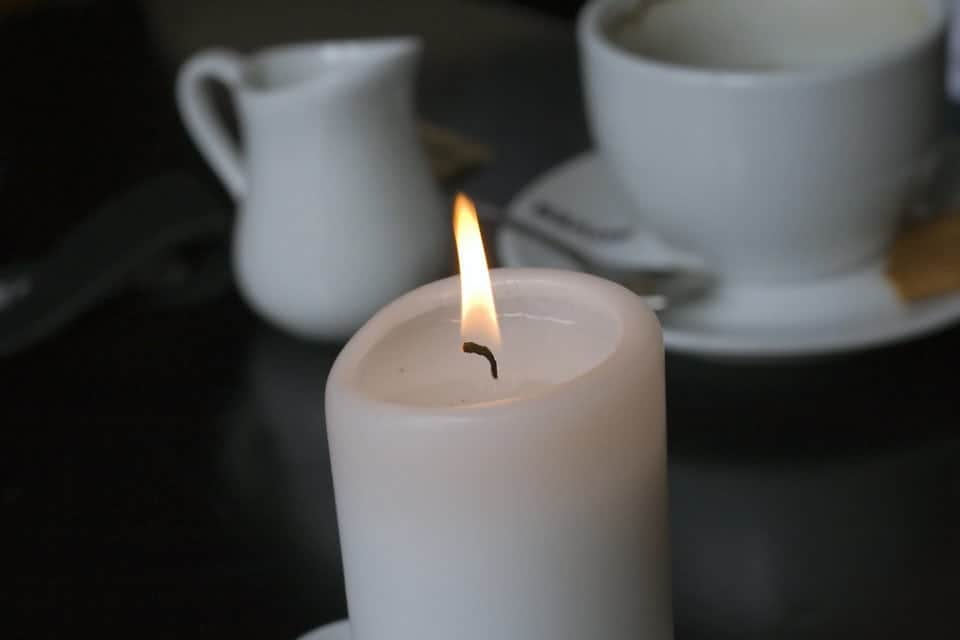 Visiting Ireland over Christmas?  Here’s how to celebrate the 12 days of Christmas in Belfast

Throughout Ireland, the 6th of January is the day that all the decorations come down and are put away for another year. The old tales say it is bad luck for anything to be displayed after this date.

Epiphany is the Christian celebration of the day on which the Magi arrived with gifts of gold, frankincense and myrrh to honour the newborn Saviour – Jesus. Epiphany is one of the oldest Christian holy days that was adopted by the Western church in the 4th century. ‘Little Christmas’  got its name because, under the Julian Calendar, Christmas day celebrations were held in January, whereas under the Gregorian calendar, Christmas day falls on December 25. 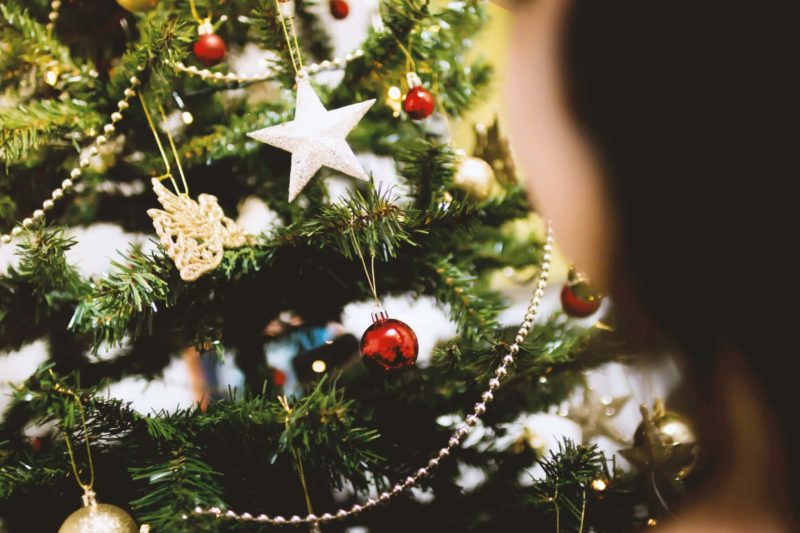 The middle of winter has long been a time of celebration around the world. Centuries before the arrival of the man called Jesus, early Europeans celebrated light and birth in the darkest days of winter. Many peoples rejoiced during the winter solstice when the worst of the winter was behind them and they could look forward to longer days and extended hours of sunlight.

Twelfth Night, which coincides with Epiphany, has been celebrated as the end of the Christmas season for centuries. In the 18th and 19th Centuries, Twelfth Night was one of the most important days in the Christian calendar. Twelfth Night parties were common where participants enjoyed food, drink, and games. A special Twelfth Night cake was always baked and was the highlight of the party, with a slice offered to all members of the household, above and below stairs. 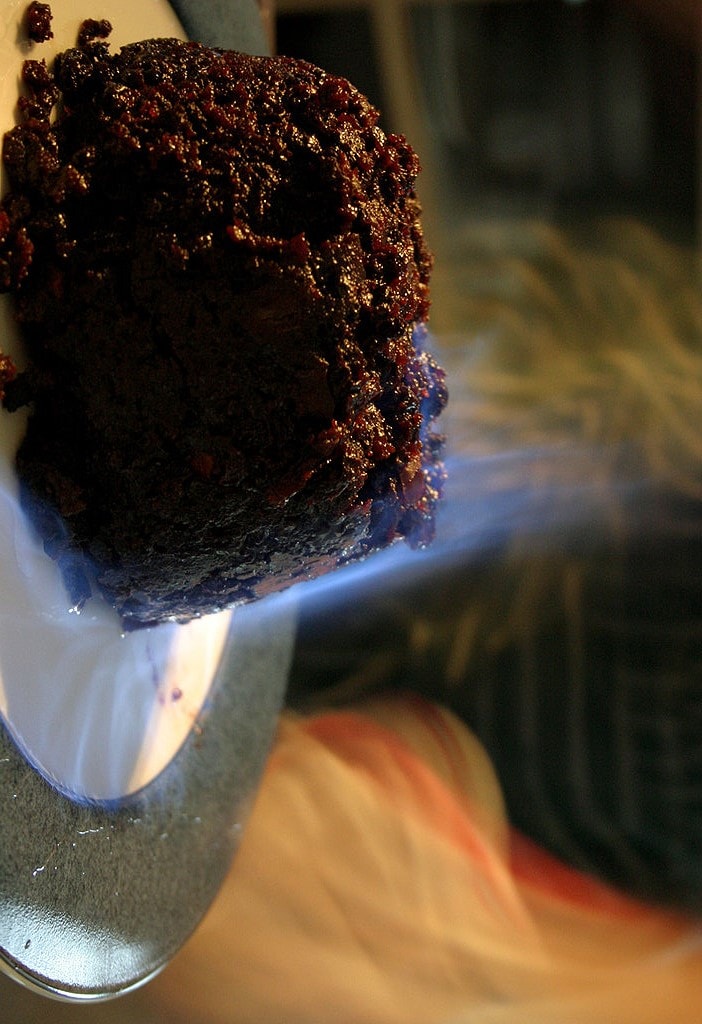 In many areas of Ireland, you will see hotels, pubs and bars filled with women and not a man to be seen. This long-standing tradition (particularly in Cork and Kerry) is when women get to celebrate the end of Christmas and the men stay at home. All over Ireland, the ladies get together with friends and family to have a celebration meal and a bit of wine and company. 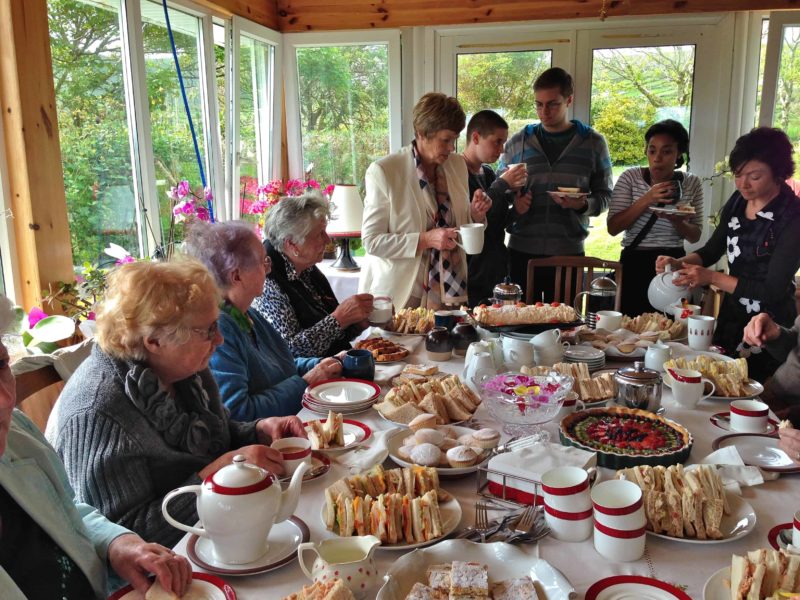 Little Christmas is sometimes celebrated in areas that have strong Irish ties like Newfoundland in Canada and some US states. In the Highlands of Scotland, it is New Year’s Day, which is known as Little Christmas.

In some areas of England, January 6th is referred to as Old Christmas Day referring to the Julian calendar. In the Isle of Man, January 1st was known as Laa Nolick in Manx (or Little Christmas) but it is also found in other parts of the world including Slovakia, Galicia and Ukraine. In Scandinavia, for example, the evening of 23 December is called Little Christmas, in Norway and Sweden Little Christmas falls on January 13th.

Some traditions and thoughts on the Women’s Christmas

There was power in the storm that escaped last night,

from the desolate madhouse behind the moon

and screamed through the sky at us, lunatic,

quenching my candle like a blow to the mouth

that sparks a quick flash of rage.

a night I’d be feeling weak

coming home from the dance of life

and the light of sin dwindling,

that every moment be full of the screaming sky,

that the world be a storm of screams,

and I wouldn’t hear the silence coming over me,

the car’s engine come to a stop. 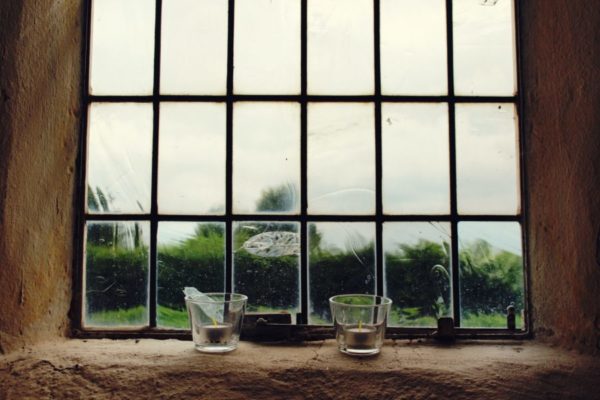 Inspired?  Pin it for later:

Oh that looks super nice and festive! I would love to join 😀 Thanks for sharing some super interesting facts about this day.

This is so interesting! I never knew about this concept!

I’ve never heard of Women’s Little Christmas before. I love the idea :). In Romania, we have a belief that young girls should sleep with some basil under their pillow the night of 5th to 6th of January to see their future spouse in their dreams.

This post was so interesting. I have never heard of this tradition but it is wonderful and I love it. Of course anytime my lady friends and I get together and celebrate it is a good time but to do it around the holidays is really special. Thank you for this wonderful post; I really enjoy your writing.

How fitting that today is the 12th night lol. I am currently taking down our Christmas decorations even though I didn’t want to as loved the lights I don’t want bad luck for 2017

Very interesting article!
I live in Ireland for 3 years but I didn’t know about this tradition.
I won’t forget to wish a happy Nollaig Na mBan to my friends 😉

What a lovely post, thouroughly enjoyed reading about something new about Christmas. A special celebration involving only the ladies, now that is a tradition we all need to follow ;). Such an apt name for the festive day: “Women’s Christmas”. Happy Nollaig na Mban!

I knew they were big on 12th Night in Ireland but never knew about the Women’s Christmas aspect until I read this! Thank you

This was a very interesting read! Here in Wales it’s also considered unlucky to keep your Christmas decorations up past January 6th, so it’d be interesting to find out if it’s for the same or similar reasons. I very much like the idea of having a women only day post-festivities!

I’m from Northern Ireland and didn’t know this existed down south! Thanks for a great read!

I just discovered it myself and I love to collect stories about women and women’s history. Just a side note I was born in Northern Ireland and can’t wait to get back up there my favourite part of the world.

This sounds very interesting. I read so many christmas posts but this is the first women only that I got to read. Looks wonderful and it’s interesting to read about the traditions and how they started.

How sweet. I love this tradition. I think I will have my own little women’s Christmas after the new year.

Fascinating! I would love to celebrate Women’s Little Christmas one year in Ireland. Being born in the US, I am of course of mixed heritage. I was raised alongside the Italian side of my family, so I feel very Italian, but I recently learned that I’m mostly Irish. I want to learn everything I can about my family’s Irish history now!

I’d never heard of this before! It’s such a nice tradition!

How fascinating! I’ve been to Ireland twice and would love to go back during this time to experience Women’s Day. It does seem a very fitting way to celebrate all the hard work that women do during the holidays.

Wow I just learned something! That’s so awesome f Ireland to embrace such a tradition. This seems absolutely beautifully and I wish to join some day. Great post!